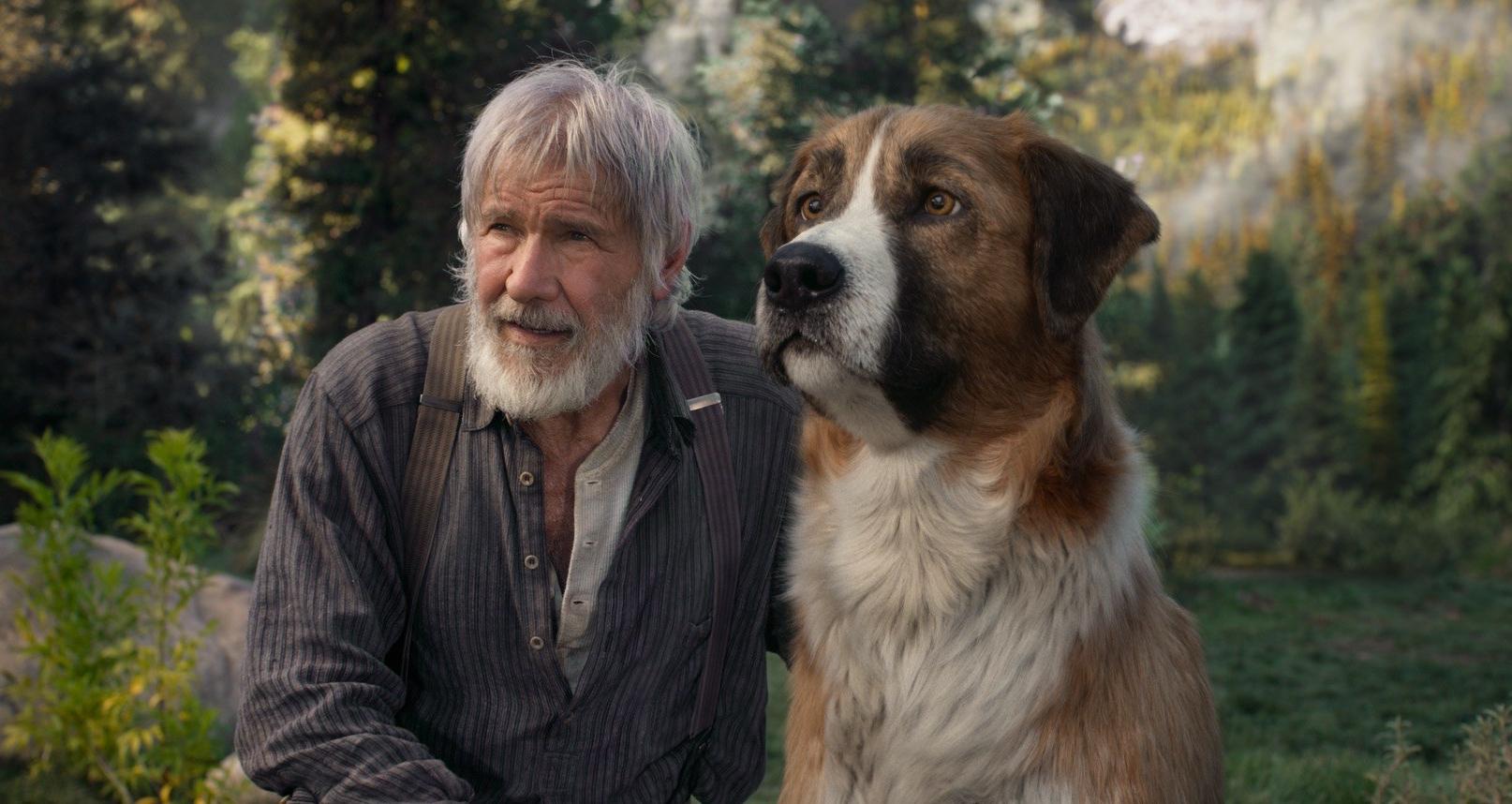 In this day and age, it’s hard to make an animal-focused film without pouring an astronomical amount on your computer graphics budget. Either that or train a bunch of animals to perform with actors.

We don’t see much of the latter happening in this era of filmmaking anymore. Producers and studios would much rather spend a bit more on effects than a lot on animal-training and possibly incur the wrath of animal abuse groups should something go wrong with the non-human stars. Just ask the team that did The Lord of the Rings and The Hobbit film adaptations.

As such, adapting Jack London’s The Call of the Wild in movie form is pretty tough a decade or so ago, unless you want your work to end up being a neutered TV series or Disney special with fluffy animals in the snow. But now we have the technology to create a realistic CGI dog that’s part St. Bernard and part Scotch Collie to ham it up with a high-profile actor or two. And perhaps even portray the harshness of being a “slave dog” in the trying Gold Rush period of 1897 in the Yukon. After all, who’s going to mind if a CGI dog gets beaten repeatedly with a rod to learn the Law of the Club & Fang?

Alas, the 2020 Call of the Wild adaptation from 20th Century Fox pulls its punches and ends up playing it a tad safe, though I applaud it for keeping some elements from the book while also adapting a key moment or two for modern sensibilities.

The story here is about Buck, a giant-ass dog who lives in luxury with a rich owner. He then gets whisked away to be used as a sled dog in the Yukon under different owners throughout the course of the story. While all of this is happening, Buck ponders on whether to heed the movie’s namesake as he starts envisioning his dog ancestors and question whether he really needs a master in the first place.

The humans our hero interacts with are Judge Miller (Bradley Whitford), snow postmen Perralt (Omar Sy) and FranÃ§ois (Cara Gee), a trio of rich greedy treasure hunters (played by Dan Stevens, Karen Gillan, and Colin Woodell), and old man John Thornton (Harrison Ford). Each of them represents a phase of Buck’s tenure with people and his eventual heeding of nature’s alluring call. Our dog hero goes through a ton of hardships, have to establish dominance with a dog sleigh group, and also figure out his ordeal of either being tamed or wild.

I’ll say this: I’m kinda convinced at how lush the sets are and how animated Buck is compared to all the other animals in 2019’s The Lion King. That’s a good thing.

Like I said before, the book really portrayed how harsh Buck’s life was post-Judge Miller’s house; we’re talking stuff you couldn’t get away with if you were using real dogs. Here in a 2020 movie with a sizeable CG budget, it works. The snow sleigh scenes with the postmen and the rafting bits with Thornton, as well as Buck displaying super-dog feats given his size & stature; they’re all convincing enough to keep me invested at how this adaptation unfolds.

Unfortunately, some characters weren’t given enough time to be fleshed out. Sure, Perralt and FranÃ§ois had their moments and were given ample time to groom Buck, French accents and all. And who the hell isn’t going to give Harrison Ford all the screentime in the world to ham it up and play dog buddy with a CGI creation? These parts were done adequately. But the rest of the film is just going through the motions to wrap up its 1 hour and 40 minutes runtime. They portrayed the antagonistic trio of Stevens, Gillan, and Woodell in a two-bit fashion.

It’s also a bit frustrating because there’s a lot director Chris Sanders and writer Michael Green could have done to tug a viewer’s heartstring further. Still, I did enjoy some of the changes; I can’t go into detail lest we go to spoiler territory, but it wouldn’t make sense to have particular indigenous hunters to pop up at the tail end of the film to serve as last-minute antagonists like in the book.

Wolf In The Fold

At the very least, the heart of the film -the dog in question- gets top honours in blending well in the set pieces and rendered really well while not feeling out-of-place.

Amidst the many G-rated and bastardized movie adaptations, this version gets most of the book’s intention and tone right.

I just wished the film went the extra mile given its reliance on CGI, particularly with the grisly fates of some of the characters in the book, instead of playing it safe and PG-rated. It also seems to be missing extra scenes and a tad more exposition to help add more depth to all its characters.

As it stands, at least give this forest trek some attention. Just don’t expect much beyond your usual “dog meets world and grows up” story setups.