Arcane: League of Legends Is A Decently-Crafted Origin Story Of The Game’s Popular Cast

Ten years plus later, the League of Legends MOBA brand is still going strong, with one of the reasons being that it goes beyond the game. With oodles of one-shot story trailers and even a bunch of girl band-slash-K-Pop-esque music videos, Riot Games’ MOBA series still retains relevance among its gaming community and even bystanders who even show some inkling of interest with its colourful cast.

The next logical step would be to make up some overarching film series or limited TV series to tie it all together, fleshing out the DPS, Solo Mids, Support and Jungler champions fans are accustomed to playing as. At the same time, this also helps bring newbies and casual animation viewers in on the series’ colourful lore and history, since the in-game narrative is spotty and vague at best. And with that, we get Arcane: League of Legends, a 3D animated series that focuses on a bunch of key characters and how they became what they are in the game.

Do the six episodes so far work as a nice introduction to the League of Legends lore canon? It does, and it at least will make you curious about the game it’s based on. 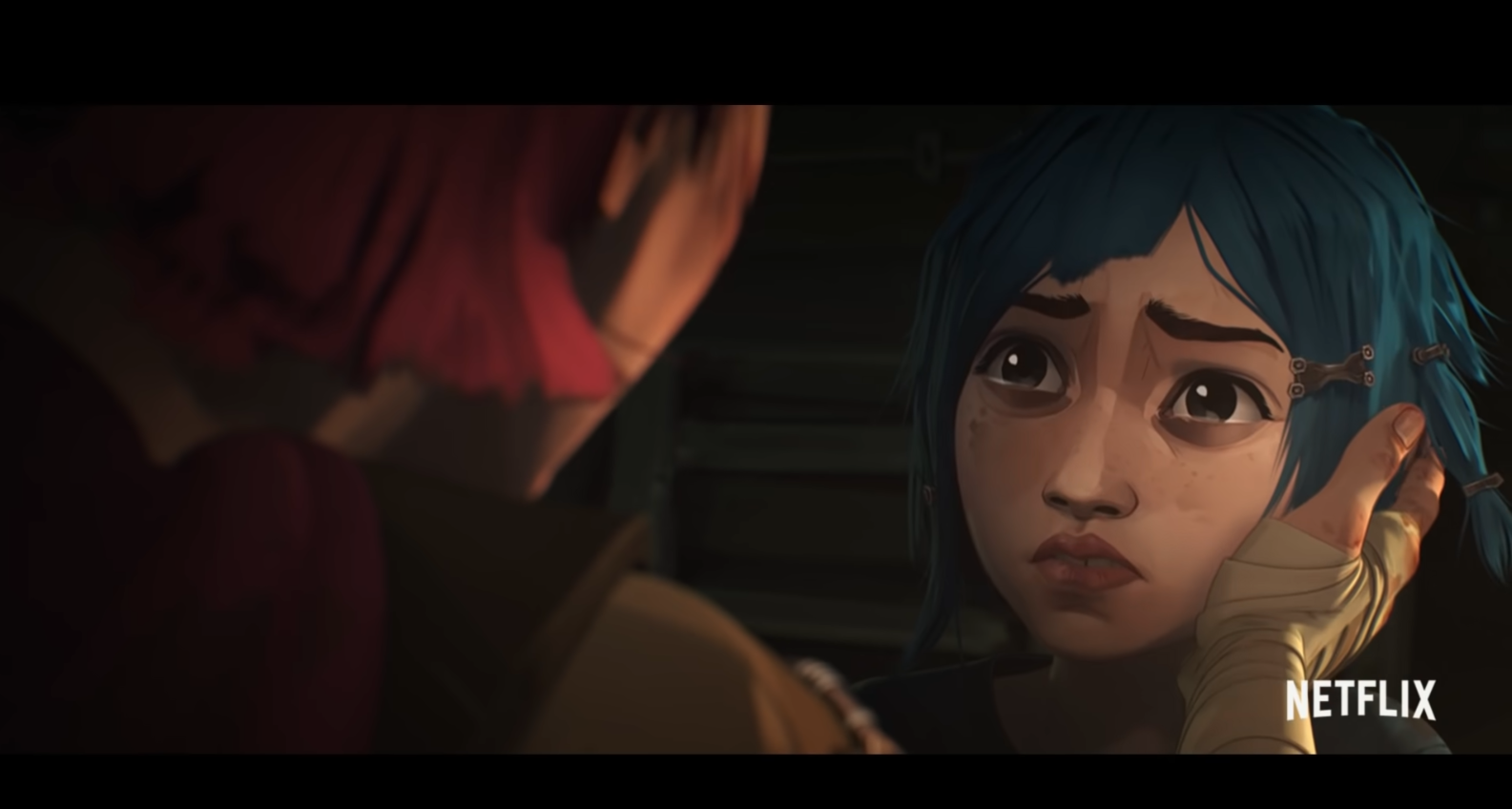 The first few episodes of Arcane focuses on the relationship and origin story between Vi and Jinx, who goes by Powder in the first three episodes. They basically stick together in the undercity of Zaun, under the care of the undercity’s leader Vander. It all goes to hell halfway through after a robbery planned by Vi and Jinx go sour. Things escalate, with Piltover authorities stepping on the undercity’s toes.

Elsewhere in the utopia of Piltover, academic scientist Jayce is trying to prove that magic can be controlled while shady figure Silco is experimenting on making a superpowered army of monsters to up his security, possibly even more. All these three storylines are tying together to shape the narrative course of the show, possibly culminating in a massive game-changing event between the two contrasting cities during the six episodes (with three more coming out next week). 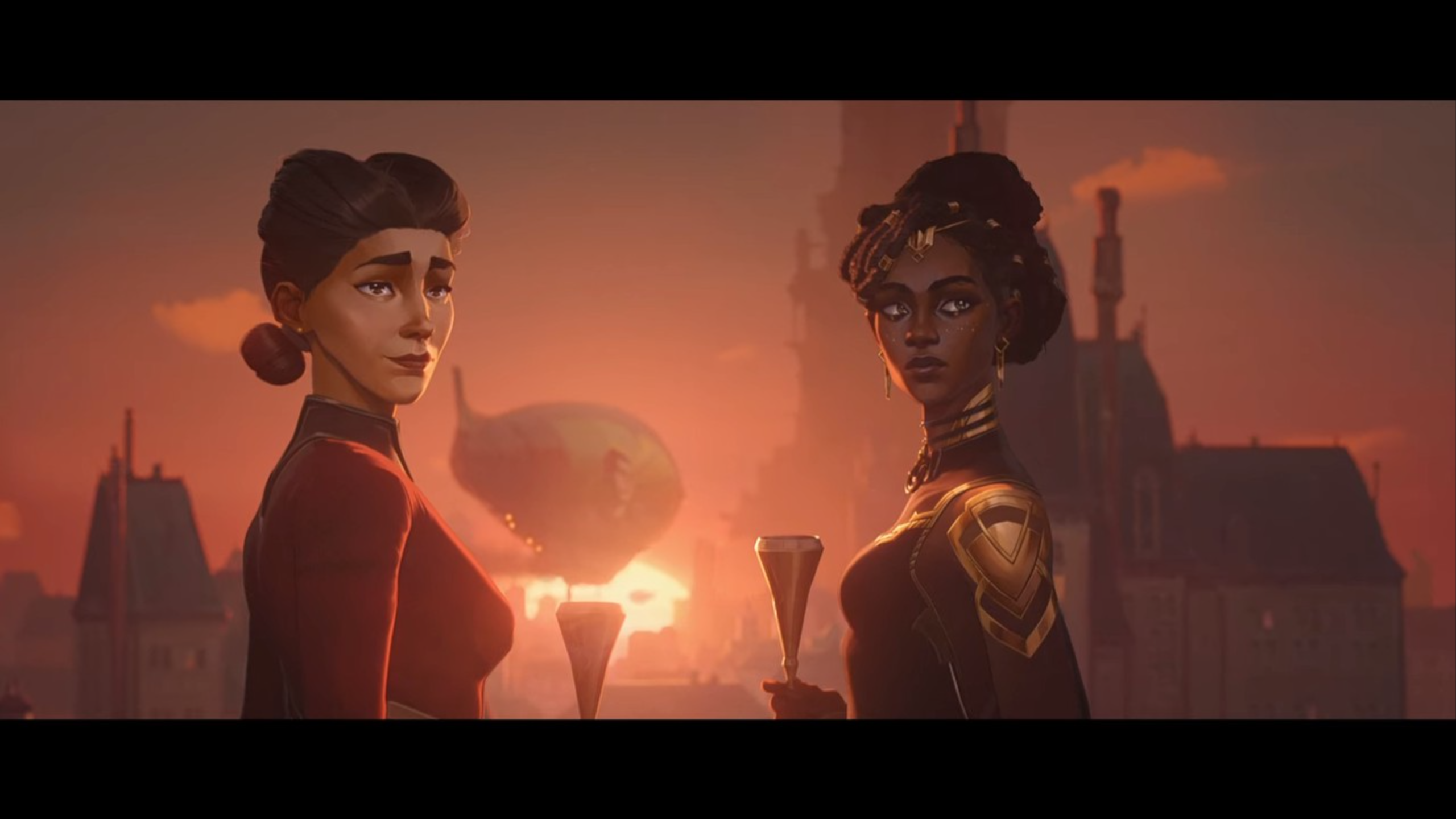 So far, the six episodes I’ve checked out help set the tone of the show: part action, part drama, part fantasy, all in one well-done adaptation package. The chief reason they captivate is because of its art style and animation; it’s gorgeous. Characters move and animate really well, the action scenes have a lot of weight and heft to them, and each main character’s facial expressions and body language are just crafted well to convey their actions on-screen.

There’s just enough talking and character moments spliced in-between the chase sequences and action scenes, along with a few spectacles of the world’s birth of a magic-slash-tech hybrid age. 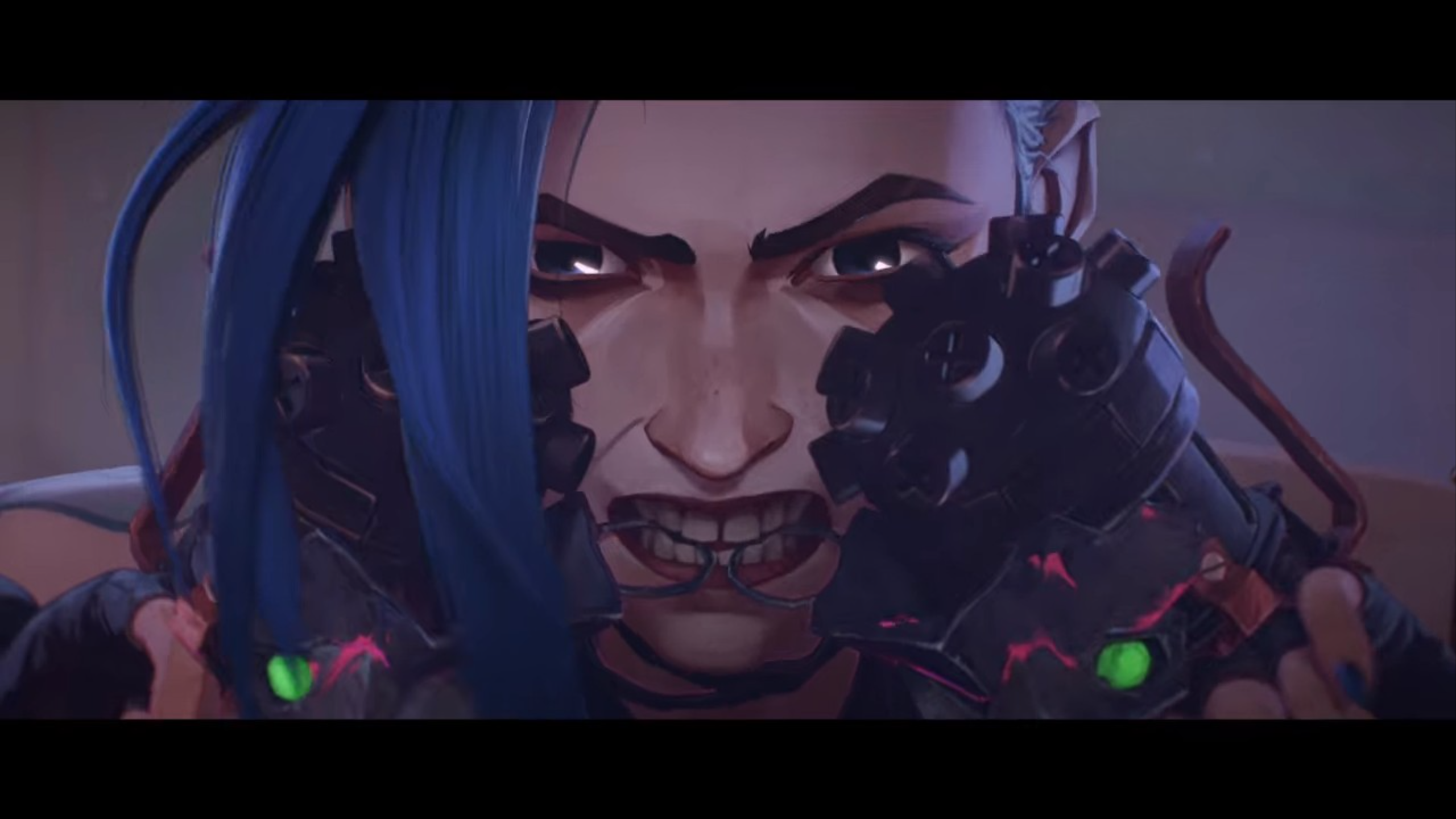 The three episode’s spotlight is definitely on the young girl Powder, who would eventually become the mentally unstable gunslinger/explosives expert Jinx. Her relationship with her sister Vi is fleshed out just enough, just enough to make you feel bad for her when all she wants is to just do her best in an unforgiving part of the world.

That said, we hope to see a bit more amidst the massive worldbuilding going on here. Riot Games and production studios Fortiche Productions went all out and are taking their sweet time fleshing out everything in this introduction to the League of Legends regions of Piltover, Zaun, and everything in-between. Piltover has its high-class locales, while Zaun is a dank seedy place with bouts of neon lights in its nightlife. 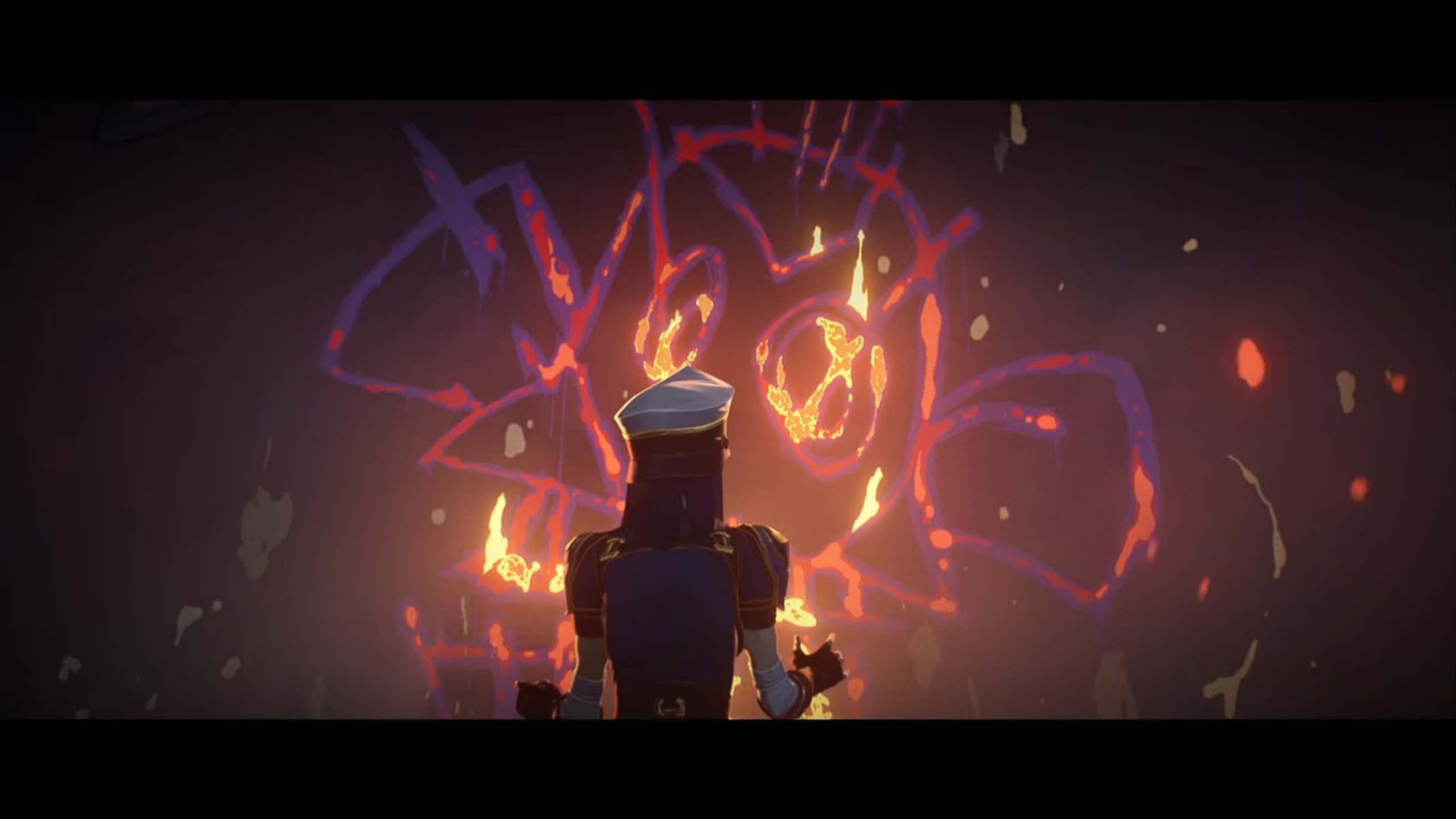 In fact, I feel that most of the characters here and their arcs from Jayce to Silco have their separate stories paced out in each of the episodes. Each of their tales is introduced and told just adequately with a good mix of visual cues and right amount of dialogue, with the former having to deal with Piltover’s council and magic’s possible upside and downside in shaping the city’s future, while the latter deals with a past betrayal and sets the motions for his possible takeover of Zaun.

Some key characters do need more of their backstories revealed over time like with cop-in-training Caitlyn, but so far the brief taste from each 40-minute episode hits all the right notes for both fantasy show fans and LoL veterans.

A Hex On You 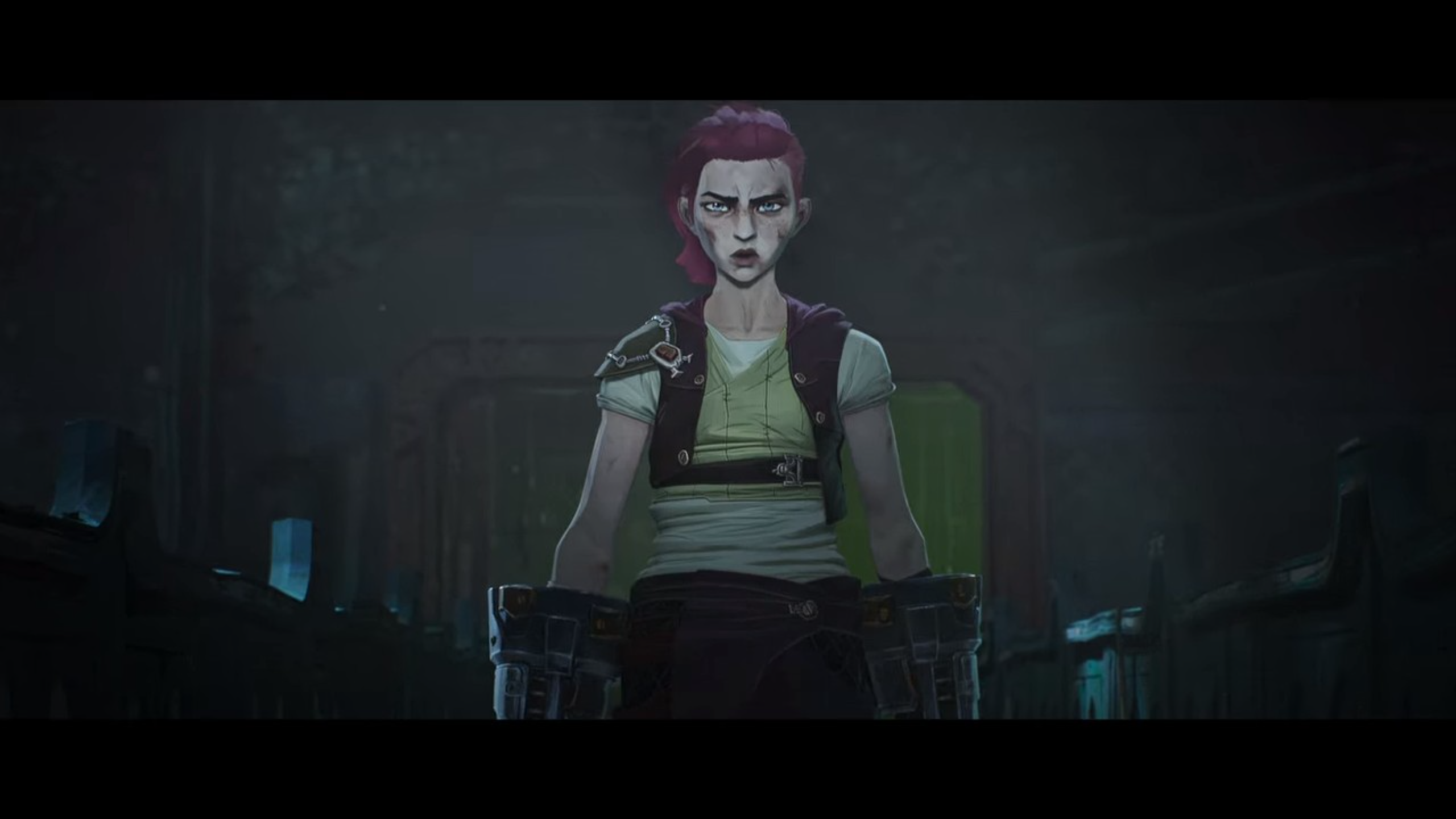 Until I get the full picture, it’s safe to say that Arcane: League of Legends can take its place as a lovely and interesting fantasy animated series based on a video game series; a successful adaptation in other words. It does its best in easing people into the world that most people wouldn’t give two s**** about, with its animation being the main draw. The origin story of Vi and Powder/Jinx definitely carry this show. Let’s hope they stick the landing in the remaining six episodes. 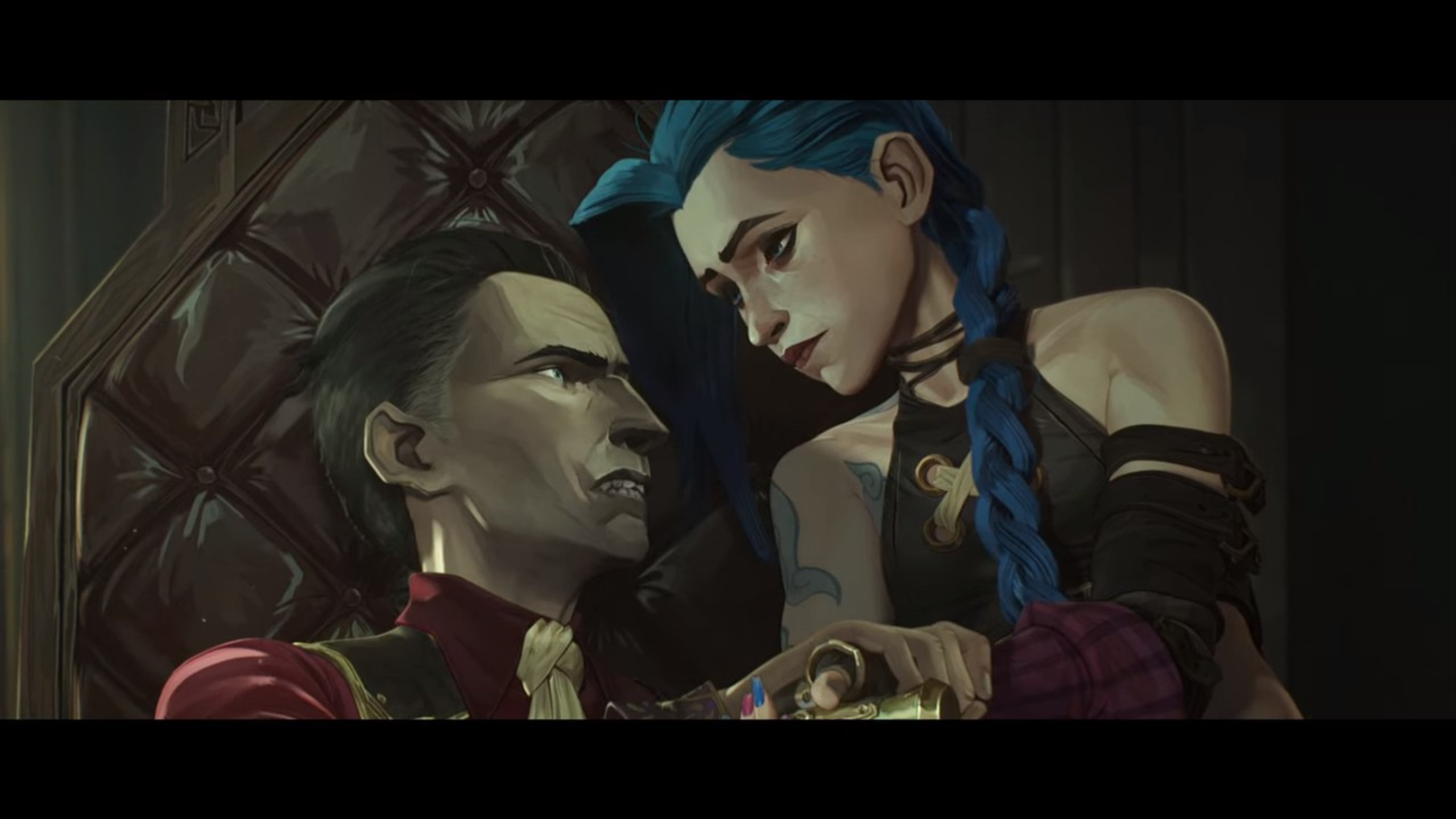 Reviews
Kingdom: Ashin of the North Is A Perfect Entry into the Kingdom Franchise

For a standalone episode that comes at the back of two highly successful seasons, Kingdom: Ashin of the North is surprisingly a perfect entry point fo...