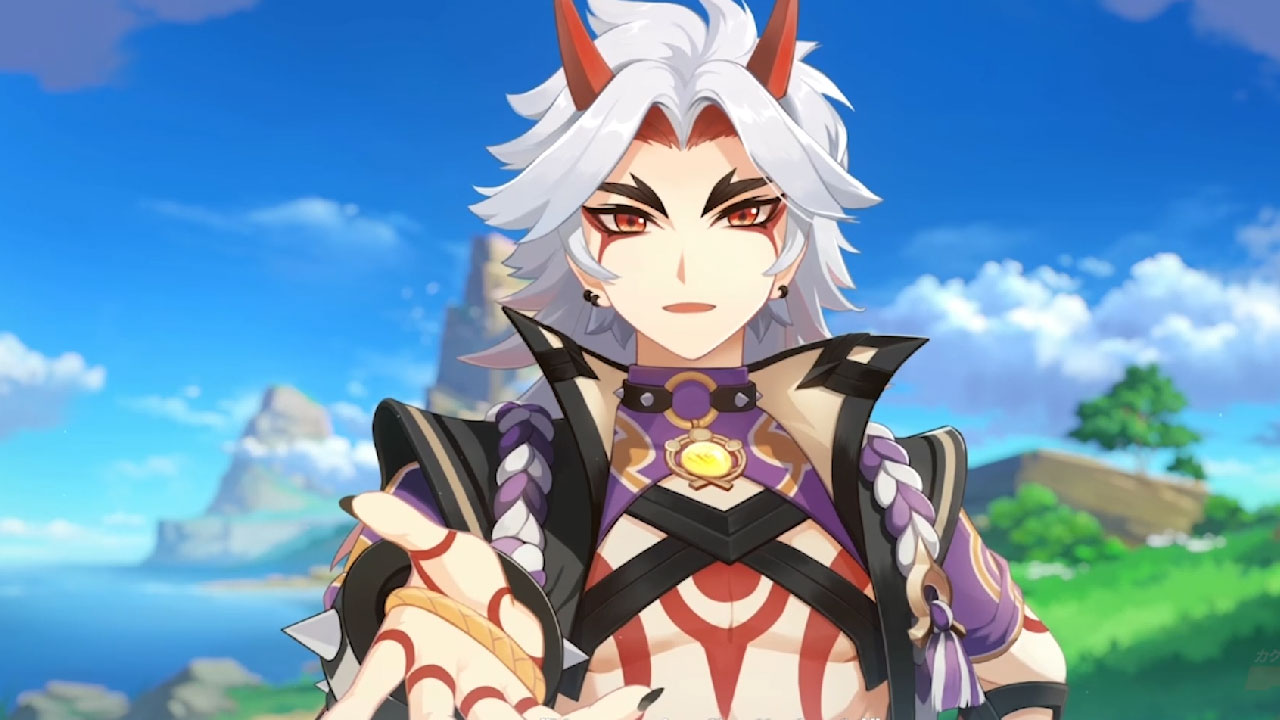 Genshin Impact has a new 5-star character in its gacha roster: the red horned oni Arataki Itto. He’s a Geo Elemental claymore-wielding bruiser who hits hard thanks to his Geo kit.

Here’s a guide on the best equipment for the bruiser as well as tips on his ascension materials and story quest. If you want to check out the rest of our Genshin Impact guides, here they are:

Most of Itto’s attacks come from his charged slashes, so prioritize his normal attack talent before improving his elemental burst.

Redhorn Stonetresher: Great for critical damage and for a huge defense increase.

Husk of Opulent Dreams set: Found in Slumbering Court domain. Two pieces of this set will give Itto 30% defense, while a four-piece will give him that and a Curiosity buff stack that gives him a defense and Geo damage bonus if you keep hitting enemies.

Bloodstained Chivalry two-piece set: Good if you want to give Itto physical damage.

One of Arataki Itto’s ascension materials for leveling up is Onikabuto, beetles that are found all across Inazuma. Here’s a guide on how to find them (via PC Invasion):

Narukami Island: You can farm for Onikabuto on the cliffs off the Grand Narukami Shrine north of the island. Also to the south of the island, you can find them in the cave under Inazuma City.

Kannazuka: Find them on Thunder Sakura trees in this region. Also, be sure to pickup the Electrograna buff as some of them are enclosed in Thunder Barriers.

Yashiori Island: Head to the north section of this island; you’ll find Onikabuto on the spiky branches.

This quest is pretty easy to follow. Just go to the locations, look for footprints when prompted, fight a bunch of ronin using Arataki Itto, and play through the dungeon to wrap up his storyline. The video below will show you how to do it.

Hereâ€™s What We Want For The PlayStation 5