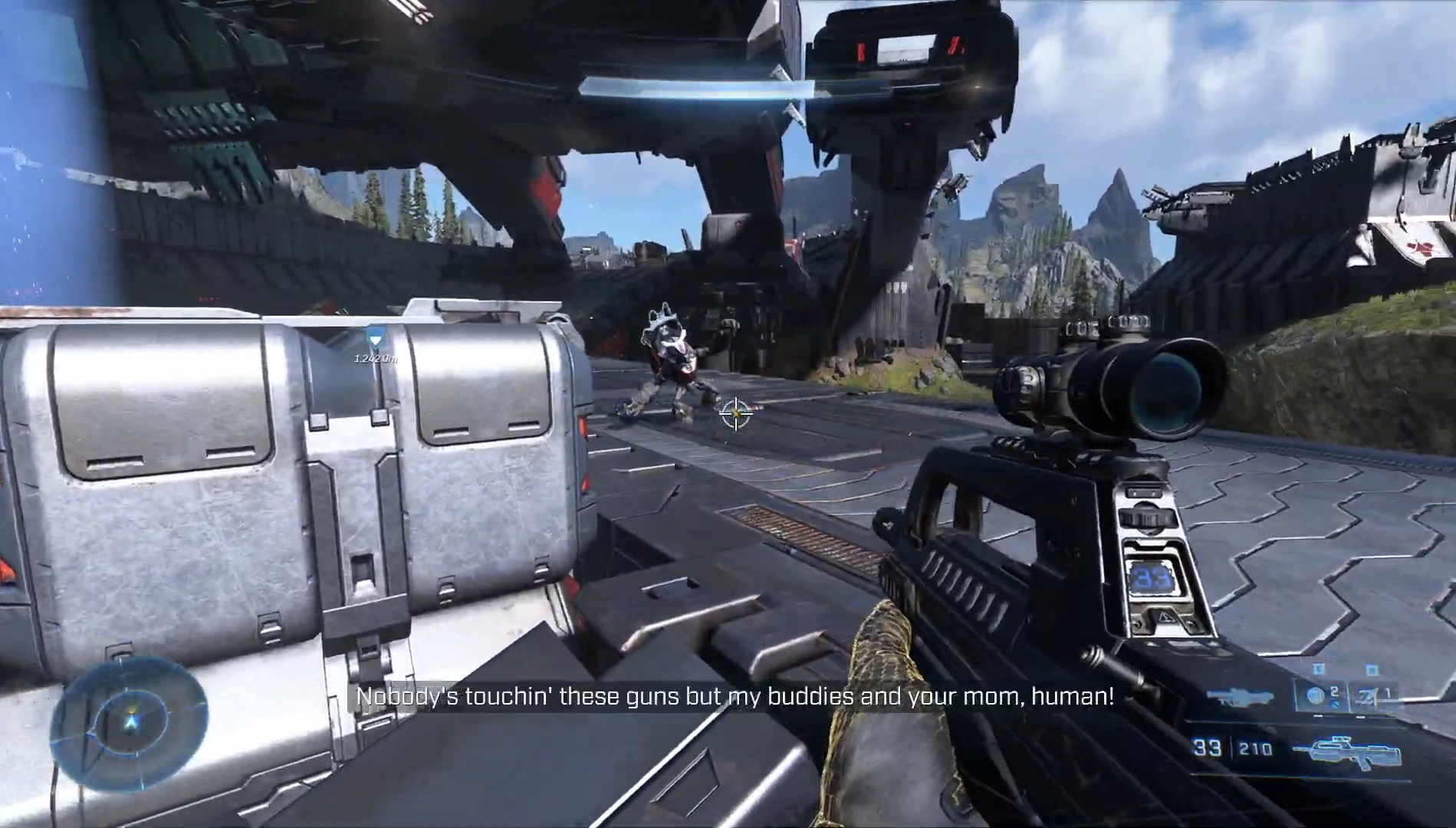 Halo Infinite may not be revered for its plot -it’s just another goddamn spaceman vs. lots of sci-fi aliens type joint- but will be cherished for the fun stuff developer 343 Industries put in. Like the game’s combat which is basically Far Cry 3-6 mixed with the Halos. And for its talkative Grunts.

Grunts are the cannon fodder for the Banished army, which are essentially the stand-in for the Covenant. They spout off a lot of one-liners ranging from casual conversations to going in a panic. Whether they’re specific to the combat situation, or from the Propaganda Towers you have to destroy, or some form of confession before their inevitable deaths, they’re all comedy goldmines.

Don’t believe me? Check out this collection of clips from Twitter and TikTok:

Halo infinite by far has the best grunt dialogue pic.twitter.com/Zd322vuJiv

The combat dialogue in Halo infinite is so amazing. pic.twitter.com/KW3ScZNRfx

Grunts have no chill in Halo Infinite ? pic.twitter.com/1rHyH9A0Q3

This one is my favorite so far ?#Halo #Haloinfinite pic.twitter.com/pesD03pppP

That is a funny poem, by the by.

Of course, the devs are keeping it consistent with how Grunts behave since Halo: Combat Evolved, which is always a good tradition. Heck, 343 Industries took it one step further and made some of its other enemies like the Elites in on the quip action, almost straight out of an 80s action flick ala Commando if it were set on a space donut.