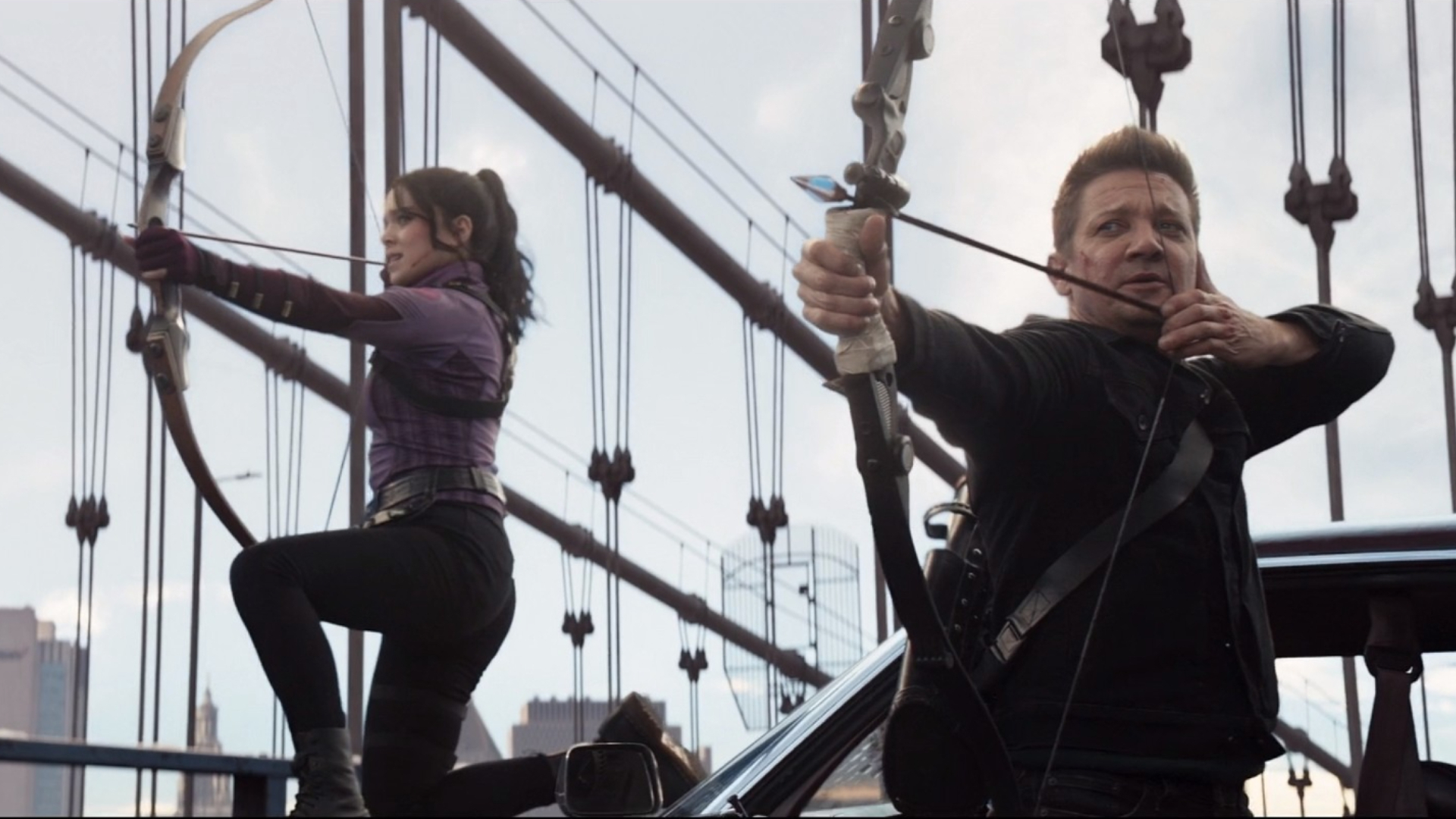 The third episode of HawkeyeÂ Season 1 is now streaming on Disney+ Hotstar Malaysia. Iâ€™ll be discussing heavy spoilers so if you havenâ€™t seen it or want to avoid spoilers, nowâ€™s your chance to stop reading.

You can check out my previous breakdowns of Hawkeye Episodes 1 and 2 here.

After introducing Maya Lopez AKA Echo (Alaqua Cox) for the first time in Episode 2, we get a glimpse at her childhood. It turns out that her family couldn’t afford to send her to a deaf school, so she had to go to a normal school instead. Growing up, she excels at martial arts despite having a prosthetic leg as well.

Our First Glimpse At Wilson Fisk AKA Kingpin?

During the flashback at one of her martial classes, her father says “Uncle will take you home tonight” before a man in a suit comes and pinches her face playfully. We only see the man’s torso, but with Maya Lopez’s history in the comics and the fact that the man wears a suit similar to the Kingpin, this “Uncle” might well turn out to be Wilson Fisk AKA the Kingpin himself.

In another flashback, this time when Echo is already an adult, we discover that Ronin (when Clint was in the suit) killed her father. This is probably why she wants the Tracksuit Mafia to find and bring Ronin to her in the present.

Maya does a great job of keeping up and even overpowering an Avenger who’s fought, Thanos. So much so that she even destroys his hearing aid after kicking it out of his ear. This is after she commented earlier how Clint “relies too much on technology”, referring to his hearing aid.

Clint Has A Pym Particle Arrow

Considering how rare Pym Particles are in the MCU, it’s amazing that Clint has a Pym Particle arrow that can enlarge or embiggens objects that it hits. Nice Ant-Man easter egg there.

Kazi (Fra Fee) tells Maya that hunting down Ronin might be a mistake because they’re supposed to stay at a low profile. He also mentions that “Uncle” might find out and that “he” wouldn’t be happy. This “Uncle” is clearly the head honcho, and more clues are pointing to him being Wilson Fisk AKA the Kingpin.

From the very beginning of the MCU, we’ve seen Clint hew more closely to the Ultimate universe version of the comics in terms of costume and style. In this episode, Kate suggests that Clint change to a more recognizable costume and gives him a drawing that is an easter egg to his classic costume in the comics.

Kazi Is An Employee Of Sloan Limited

When searching in the Bishop Security database, Kate discovers that Kazi is working for Sloan Limited. In the comics, Kazi is a villain named the Clown, who is a mercenary with great combat skills and is recognizable by his clown makeup.

The Episode Ends With Jack Holding Clint At Swordpoint

Yup, we’re left with this cliffhanger as Jack meets Clint for the first time. Or is it?

We still don’t know if the MCU version of Jack Duquesne has a history and past connection with Clint Barton. In the comics, Jacques/Jack Duquesne is known as the Swordsman and he was the one who trained Clint Barton when he was younger. He started as a villain and later became a hero (even becoming an Avenger at one point), but would often gravitate between the two over the years. However, he ultimately died a hero in the comics.

Until next week, Excelsior, true believers!

New LEGO Super Mario 64 Recreates The Magic Of The Game