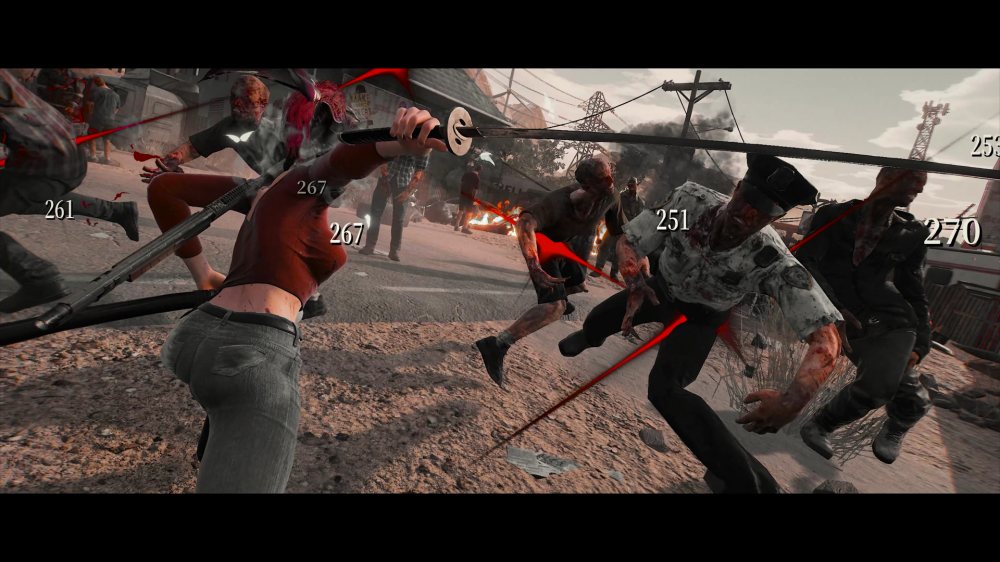 NEKCOM Entertainment and Project SAS will be releasing an upcoming action RPG called Showa American Story, which features a ton of zombie-killing and yakuza-exterminating. It also comes with 80s pop culture and B-movie references aplenty.

Players will be controlling Choko, a woman back from the dead and seek truth and revenge.

“Find allies to overcome the dangers of this world: from hordes of bloodthirsty undead to yakuza and bÅsÅzoku gangs who fight for their own interests, just like in your favorite b-movies from the 80s! Wield ChÅko’s katana and get ready to face hordes in frenetic combat where you pull off crazy combos and spill A LOT of blood.”

While the zombie-killing trope is old, the action and combat looks solid. We look forward to seeing more of this, being a conoisseur of titles like the Bayonetta, Dead Rising, and Onechanbara series. Showa American Story will be out for PC, PS4, and PS5; no release date has been confirmed. Check out the action-savvy trailer below.