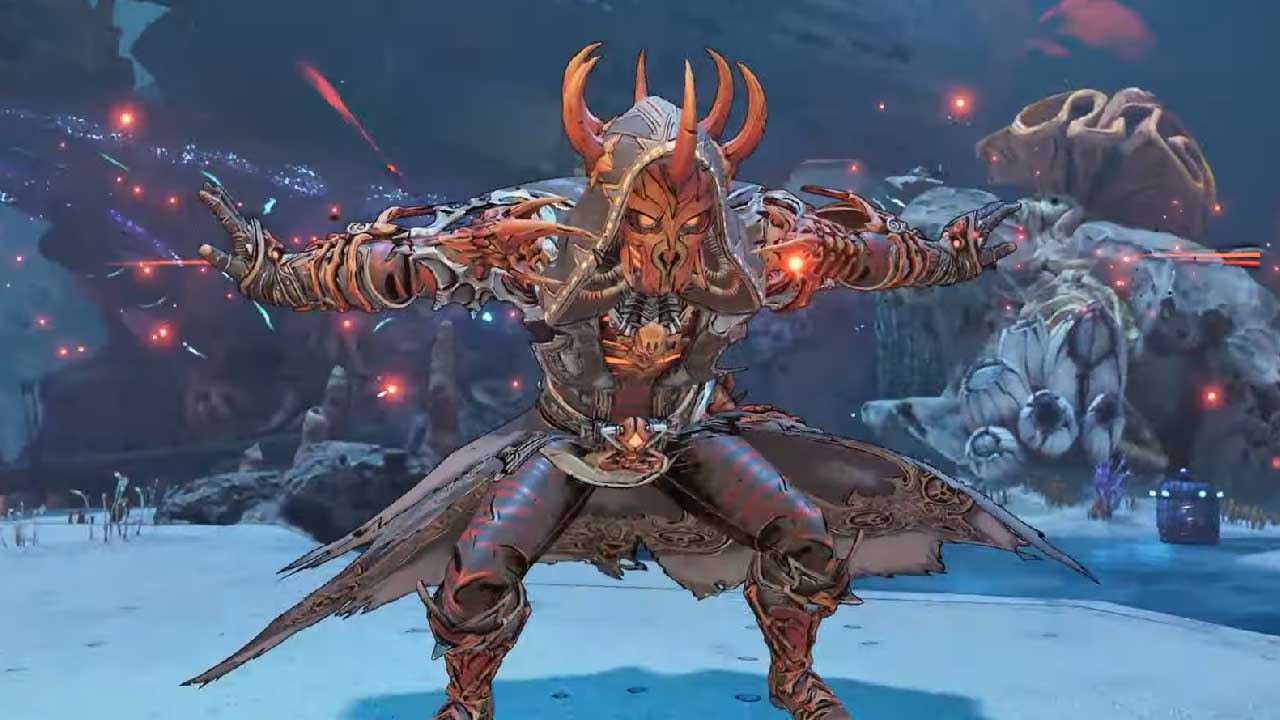 Here’s a breakdown of both classes:

A class that has high risk and high rewards buffs and spells. Has the Reaper of Bones spell that gives them bonus lifesteal and magic damage for a duration as their health continuously drains. Also has the Dire Sacrifice skill where he/she sacrifices 20% of current health to deal Dark Magic damage to all nearby enemies. They also have Demi Liche pets that hang around and possibly give them buffs.

Classic nature-lovers with nature spells. Has the skill Barrage of Arrows where they fire 7 arrows at once. Also has Blizzard, a spell where the Spore Wardens cast 3 Frost Cyclones that seek out enemies. Also has a tiny Spore mutant as a pet.

The two of them will be joining the Brr-Zerker, Clawbringer, Spellshot, and Stabbomancer, making it a total of six classes you can choose between. If you multi-class certain professions, you can also gain two pets. How this works in-game will be revealed at a later date. Tiny Tina’s Wonderlands will be out on 25th March for PC, and Xbox and PlayStation consoles.

Nintendo Takes Down 1,300 Uploads Of Game Soundtracks From YouTube