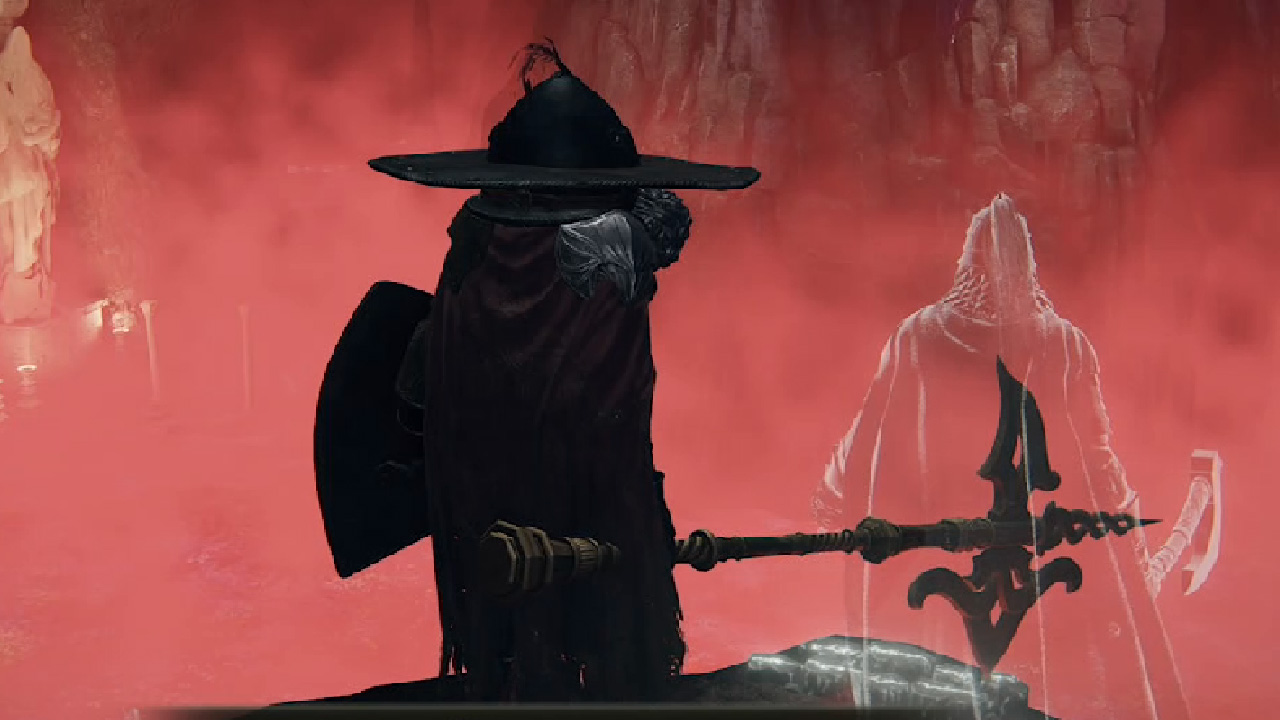 This guide is still in development. We’ll add more awesome builds as we find them!

Elden Ring is the latest From Software dark fantasy RPG with lovely sights, engrossing worldbuilding and places to explore, and a lot of dangerous monsters and demigods who can probably kill you in less than 3 hits. As such, building the best character is the surefire way to go if you want to survive for just a short bit.

By focusing on certain attributes and weapons, you’ll find your favoured armaments are stronger and bosses less taxing than usual. For a Dark Souls RPG game anyway; you’ll eventually die but not so worst off.

Here are the best builds we’ve found for Elden Ring so far. Keep in mind that you can respec your character by meeting with Rennala and giving her a Larva Tear to respec. She’s located in the main boss area in the Academy of Raya Lucaria.

This class build is best if you like to close the distance and wail on enemies with barrages of sword slashes. You basically dual-wield a polearm and a dagger, which requires some levels of Dexterity to handle properly. You may need to also add in some Strength and Faith points for weapon requirement purposes.

You also need a good amount of Endurance, since attacks cost stamina and load. The more you have, the lighter stuff feels and you can swing your weapon a bit more before you’re drained of stamina. Also, you can wear a lot of great armour like the Twinned Armor set above.

The two weapons we mentioned add the bleed effect, which can drain enemy health pretty quick if you apply the bleed effect quick enough. The Reduvia dagger is dropped from Bloody Finger Nerijus early on in Limgrave near Murkwater Cave, while the Eleonora Poleblade is at the Second Church of Marika at the Alteus Plateau.

Arguably the most famous build to witness online when you see a boss walkthrough video. Generally, it involves you throwing a bunch of Glintstone projectiles quick and with less hassle while staying the hell away from the enemy.

For this build, you need high Intelligence to boost magic damage and meet certain requirements for incantations, spells, and equipment. You also need high Mind stats for max FP. You may also need a few points in Vigor so that you can at least take a hit or two before rolling and dodging away.

Equipment-wise, you’ll need a staff to cast spells. Starting off as an Astrologer means you get the Astrologer’s Staff but you can get your hands on the aforementioned staves at the Academy of Raya Lucaria.

The Azur’s Glintstone Staff (which requires an Intelligence stat of 52) makes you cast spells fast at the cost of extra FP requirements, which is negated since this build makes you pump points into Mind. You can find this at the top level of the Church of the Cuckoo at the Academy of Raya Lucaria; this requires a lot of roof jumping and exploring, so have fun!

If you like soaking up damage, you should try this build. This one uses the katana for quick attacks and a tall shield to provide defense and good blocking aptitude. You need to buff up your Strength and Endurance to get tough.

This class is made for those wanting a glass cannon but a fast-hitting mage thatâ€™s all about melee. The different sword spells can be used for different scenarios making you able to tackle just about any challenge.

The Carian Slicer is your main damage as itâ€™s insanely fast and does great damage with high intelligence. Just be sure to combo them with any move beforehand like a sword swing or a dodge to cancel the initial casting animation.

After a critical hit or posture break, charge up your weaponâ€™s giant magic sword slash weapon art which would kill most enemies immediately or take a big chunk off a bossâ€™ health bar.

The Carian Greatsword is great for crowds and is relatively easy to cast if you space yourself well, while the Carian Piercer is ideal for one-shotting enemies or targeting bosses while keeping a safe distance.

Use your quick magic bullets to finish off any enemies with low health or to sneak in some hits while you gauge the situation. This build is extremely fragile though so time your dodges right and youâ€™ll make quick work of just about any foe.

For those missing the quick dashes of Bloodborne and looking to cosplay as a hunter from the streets of Yharnam, this build is for you. The armour itself will have you looking like Eileen the Crow, with blood slashes to satisfy your nostalgia while still being a highly lethal way to become Elden Lord.Â

This build is all about dealing death by a thousand cuts and dual-wielding your two daggers to overwhelm enemies. Do note, it’s important that you wield Reduvia on your off hand as you can rely on the Quick Step Ashe of War for a nimbler, easier dash instead of a roll, just like in Bloodborne.

To use Reduviaâ€™s blood slashes simply two-hand it and go ham. Plus, the rapid slashes will allow you to proct Wing Sword Insigniaâ€™s damage buff easier making you more lethal the more aggressive you play. Urumi is to emulate the Threaded Cane trick weapon and is great for crowds or if you wanna have more breathing room while dealing damage besides looking cool as heck.

Using the Quick Step can still be used even when youâ€™re out of FP so be sure to abuse it!

This build is all about smashing your enemies by throwing rocks. Yeap, thatâ€™s it.

Donâ€™t underestimate its effectiveness though, as your hammer along with your incantations does insane posture damage, opening them up to critical hits very frequently.Â

Your catalyst is unique since it allows your incantations to scale with Strength, so a focus on the Faith stat isnâ€™t really crucial if youâ€™ve reached the stat requirements to use the spells. The Bestial Sling is really fast to cast after an attack or dodge and can be used to compensate for your slow hammer strikes or triggering a stagger.

Once you break an enemyâ€™s posture (which will happen a lot) make use of your talismanâ€™s bonus to heal when landing a critical hit, which will have you be healthy for the most part. The focus on Strength also means youâ€™re tanky as hell, so youâ€™ll practically be unkillable. Almost. This is a From Software game, after all.

This Build lets you use the best Faith spells while also having some melee prowess. However, you need a couple of rare Talismans to run the build and make it viable. The spells you’ll be maining are Frozen Lightning, Lightning Spear, and Flame of the Fell God. Lightning Spear is pretty fast for a Faith spell and reaches pretty far, especially with the Two Fingers Heirloom speeding things up.

Are These Nike X PlayStation Sneakers Really Awesome? We Asked A Sneaker Expert