The first Marvel Cinematic Universe (MCU) Disney+ show to arrive in 2022 will be Moon Knight, but it’s the most unique and riskiest one to date. Unlike previous Disney+ shows, Moon Knight has to introduce a brand new hero that’s never been featured in any of the movies before. Disney+ gave us the privilege of watching the first four episodes of Moon Knight in advance.

The Fist Of Khonshu

It’s not easy to introduce a brand new hero with no attachments to previous characters, but it’s impressive how Moon Knight manages to establish who the titular character is, especially considering that it has little to no references to the larger MCU. Shows like WandaVision, Loki, The Falcon And The Winter Soldier, and Hawkeye were all heavily tied to the MCU, which meant that not only did you need to actually watch the movies, these shows also feature tons of easter eggs and references.

Therein lies the beauty of Moon Knight, which might be divisive to certain fans. You don’t need to have watched any of the MCU movies or shows to understand Moon Knight, because Moon Knight is not attached to any of them. There are almost zero easter eggs or references (as far as I noticed) to the larger MCU, so you don’t have to worry about having to remember what happened in that one movie or series just to comprehend what’s happening in Moon Knight. As a result, Moon Knight is the most accessible MCU Disney+ series so far. All of the characters are new to the MCU, so you won’t have to be like Djimon Honsou’s Korath in 2014’s Guardians Of The Galaxy and go “Who?”

The vibe and tone of Moon Knight is different, but you can still expect a lot of MCU humour. This is despite the series probably being the most violent show in the MCU to date. However, it’s nowhere near as violent as the Marvel Netflix shows like Daredevil or Punisher, since Moon Knight isn’t even R-rated to begin with. A lot of the MCU humour is still here, so it’s not super serious either. I’m pointing this out because I don’t want anyone thinking this show is a dark or bleak vigilante show. It’s not.

How it is different then? Well, like I previously said, it’s more violent than your usual MCU fare, and it also has elements of horror, which is to be expected considering who several of the directors involved are (Justin Benson and Aaron Moorhead). With those elements of horror, the MCU is finally also delving more into the supernatural and magical aspects from the comics, which hasn’t been seen much in previous MCU (that tended to focus more on sci-fi and tech).

The series addresses the question of whether the Egyption gods are real or simply hallucinations. Speaking of the Egyptian gods, F. Murray Abraham of Mythic Quest fame is amazing as the voice of Khonshu. He lends an otherworldly to the being whenever he speaks. Oscar Isaac is amazing as both Steven Grant and Marc Spector, expertly changing between personalities. It was a great decision on the writers’ part to make them have different accents (British for Steven and American for Marc), which makes it easy to distinguish between them. Plus, it’s fun just watching them interact and bicker with each other, as they vy for control of the same body.

The rest of the supporting cast are captivating as well, especially Ethan Hawke’s Arthur Harrow, who is a different sort of villain than we’ve had in the MCU thus far. He’s calm and manipulative in a way that sociopaths often are, reminiscent of real-life cult leaders. May Calamawy’s Layla El-Faouly is also an essential character. I won’t spoil her connection to the other characters, but it’s nice to see diversity and representation in the MCU (both the actress and character are Egyptian). Don’t mistake her for a token character though, because she’s strong and can kick ass too.

Fly Me To The Moon 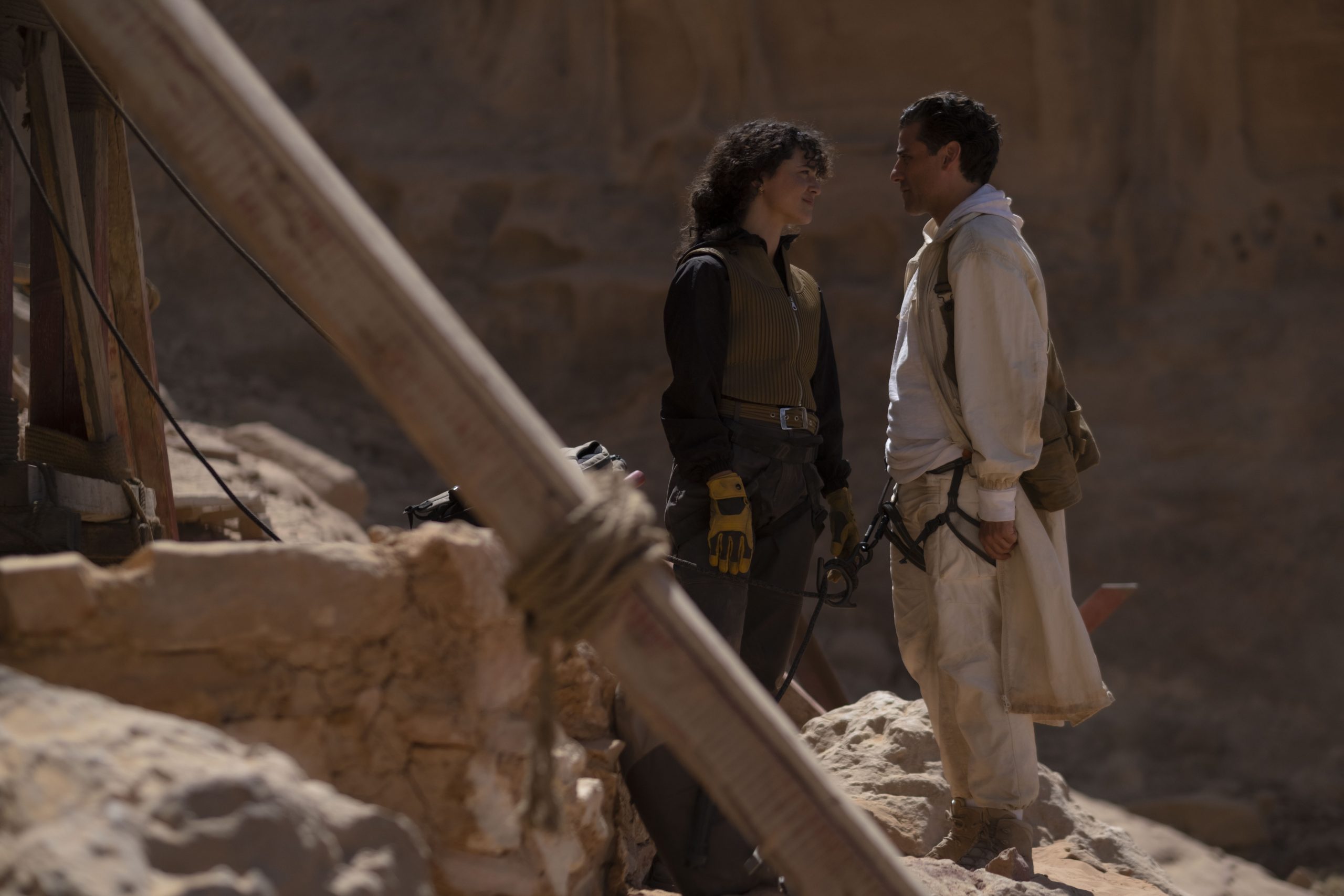 The pacing for the series is fast enough that it never gets boring or plodding, but it never feels rushed. Something’s always happening, and the mystery of Moon Knight‘s characters and their motivations is what keeps the plot compelling enough for you to keep watching. Every episode ends on an intense cliffhanger that makes it that much harder for viewers to miss the next one. Since the episodes will release weekly, I can already predict that the online discourse will be some of the liveliest we’ll receive yet.

Moon Knight feels a lot like a standalone series, so it’s made for everyone, even non-MCU fans. It’s easy to jump into for that reason, and the performances are all great. The only thing MCU fans should keep in mind going into Moon Knight is how disconnected it is, so don’t expect the easter eggs fest like Loki or WandaVision was and you’ll enjoy Moon Knight for the refreshing show that it is.

Reviews
Does Devil May Cry 5 Fall Short Of Being An Action Game Godsend?

Platforms: PS4, PC, Xbox One Genre: Puzzle game where you figure out a 100 ways to kill a demon; of course it's an action game! For a good amount of ...

Reviews
Spider-Man: No Way Home Is A Triumph, But You Already Knew That

Reviewing the 26th Marvel Cinematic Universe movie, Spider-Man: No Way Home, can be tricky. I'm not saying that it's tough to navigate through spoiler...