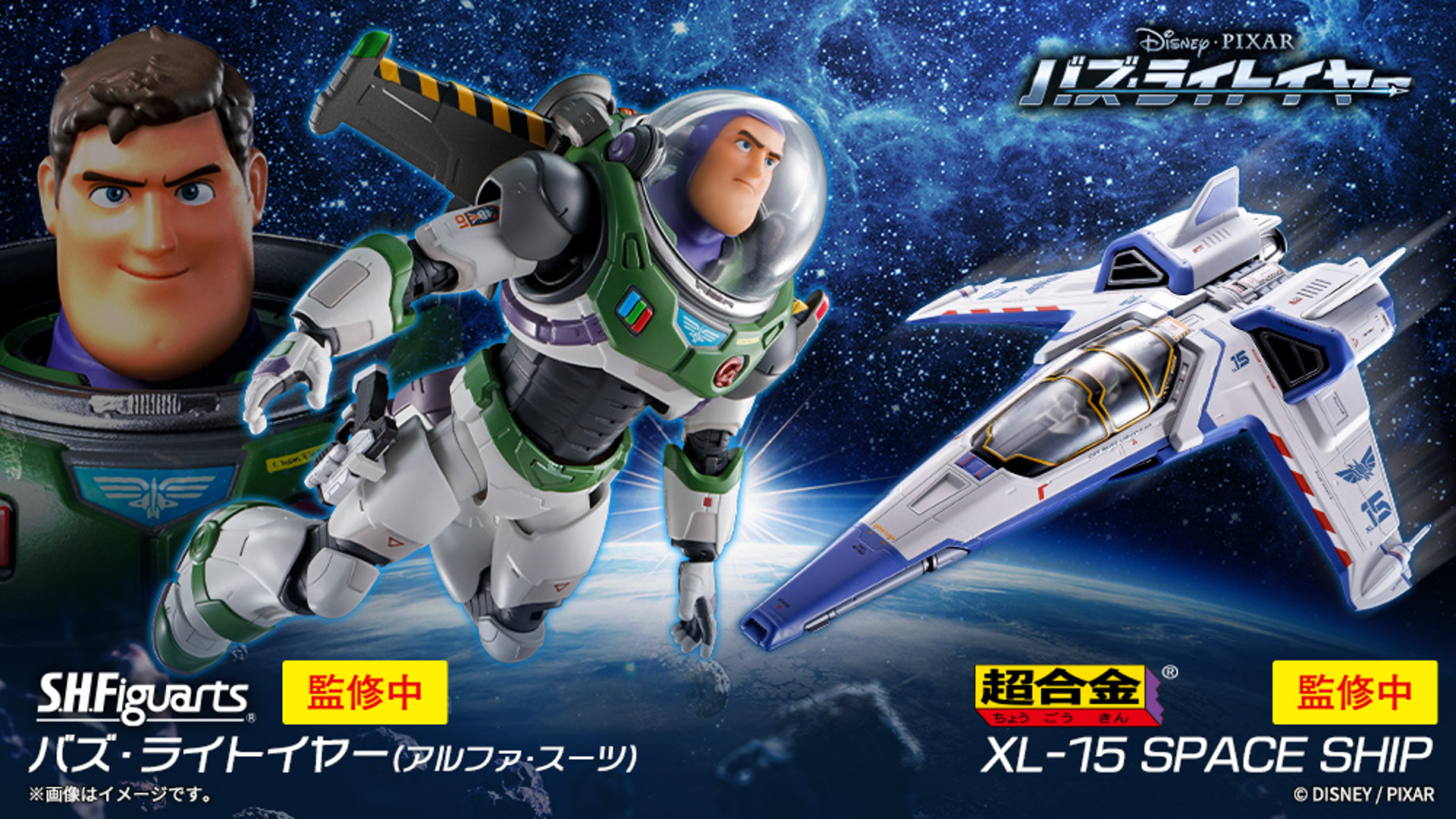 Pixar’s Lightyear will premiere on 17 June 2022, but ahead of the movie’s release, SH Figuarts has revealed a Buzz Lightyear S.H Figuarts, and a Chogokin XL-15 Space Ship. These will release sometime in June 2022.

The S.H. Figuarts Buzz Lightyear figure stands at 5.9 inches tall. It will include interchangeable hands, two swap out heads, a jet pack, jet pack deployment parts, Rascal the Racoon, a Laser Blade DX, a Laser Gauntlet strap, and a connector piece for use with Tamashii Stage display stands. It is priced at 8,800 Yen (about RM299+).

The definitive origin story of Buzz Lightyear, the hero who inspired the toy, “Lightyear” follows the legendary Space Ranger after he’s marooned on a hostile planet 4.2 million light-years from Earth alongside his commander and their crew. As Buzz tries to find a way back home through space and time, he’s joined by a group of ambitious recruits and his charming robot companion cat, Sox. Complicating matters and threatening the mission is the arrival of Zurg, an imposing presence with an army of ruthless robots and a mysterious agenda. A new poster and images are also available.

The film features the voices of Chris Evans as accomplished Space Ranger Buzz Lightyear, Uzo Aduba as his commander and best friend Alisha Hawthorne and Peter Sohn as Sox. Keke Palmer, Taika Waititi and Dale Soules lend their voices to the Junior Zap Patrol’s Izzy Hawthorne, Mo Morrison and Darby Steel, respectively, and James Brolin can be heard as the enigmatic Zurg.

Scathe Is A Bullet Hell First-Person Shooter Slated For 2022