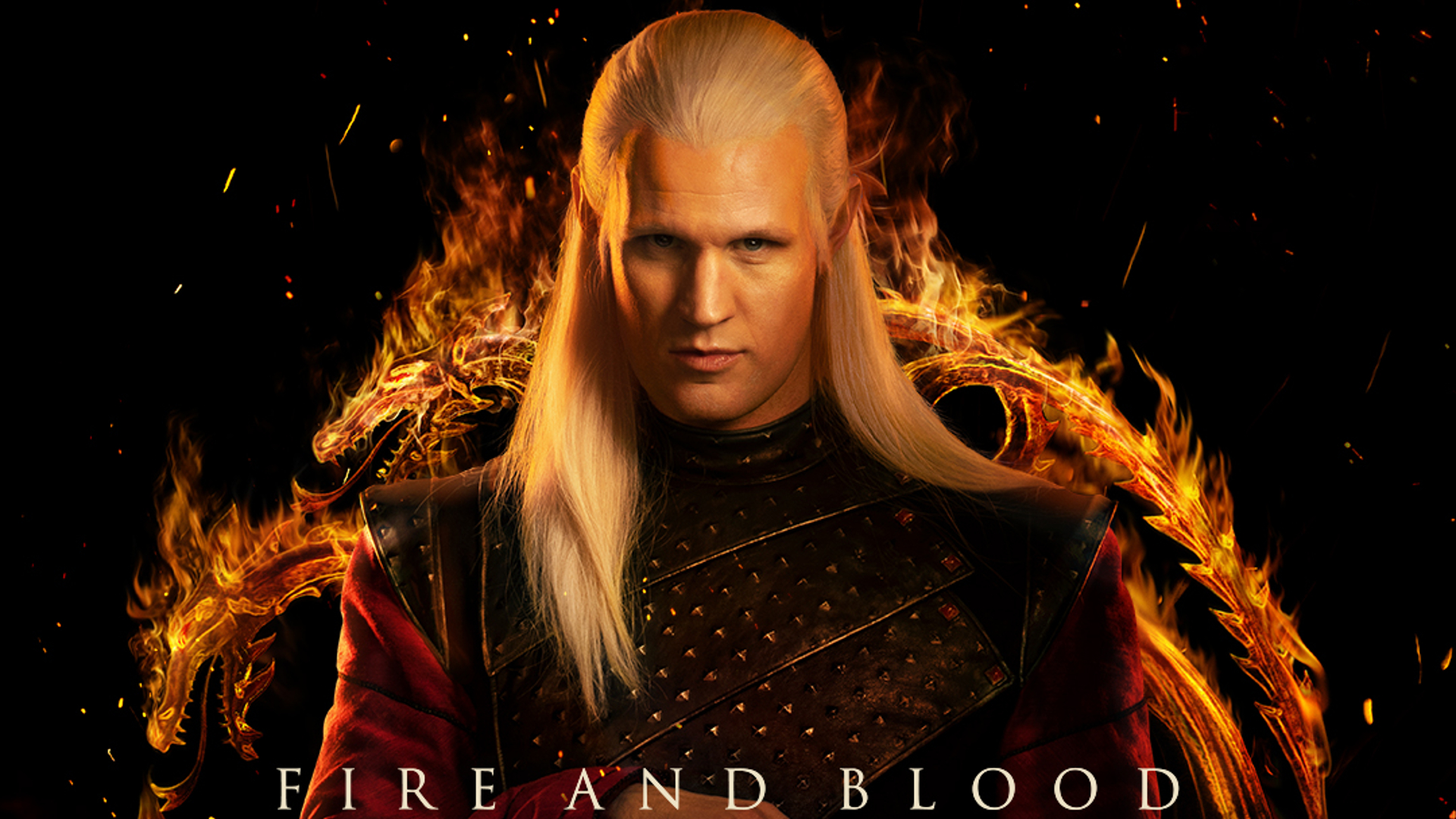 The ten-episode HBO Original drama House of the Dragon debuts same time as the U.S. on Monday, August 22 on HBO GO. Based on George R.R. Martin’s “Fire & Blood,” the series, set 200 years before the events of Game of Thrones, tells the story of House Targaryen.

Paddy Considine as King Viserys Targaryen, chosen by the lords of Westeros to succeed the Old King, Jaehaerys Targaryen, at the Great Council at Harrenhal. A warm, kind, and decent man, Viserys only wishes to carry forward his grandfather’s legacy. But good men do not necessarily make for great kings.

Matt Smith as Prince Daemon Targaryen, younger brother to King Viserys and heir to the throne. A peerless warrior and a dragonrider, Daemon possesses the true blood of the dragon. But it is said that whenever a Targaryen is born, the gods toss a coin in the air…

Olivia Cooke as Alicent Hightower, the daughter of Otto Hightower, the Hand of the King, and the most comely woman in the Seven Kingdoms. She was raised in the Red Keep, close to the king and his innermost circle; she possesses both a courtly grace and a keen political acumen.

Emma D’Arcy as Princess Rhaenyra Targaryen, the king’s first-born child, she is of pure Valyrian blood, and she is a dragonrider. Many would say that Rhaenyra was born with everything… but she was not born a man.

Steve Toussaint as Lord Corlys Velaryon, “The Sea Snake.” Lord of House Velaryon, a Valyrian bloodline as old as House Targaryen. As “The Sea Snake,” the most famed nautical adventurer in the history of Westeros, Lord Corlys built his house into a powerful seat that is even richer than the Lannisters and that claims the largest navy in the world.

Eve Best as Princess Rhaenys Targaryen, a dragonrider and wife to Lord Corlys Velaryon, “The Queen Who Never Was” was passed over as heir to the throne at the Great Council because the realm favored her cousin, Viserys, simply for being male.

Fabien Frankel as Ser Criston Cole, of Dornish descent, the common-born son of the steward to the Lord of Blackhaven.  Cole has no claim to land or titles; all he has to his name is his honor and his preternatural skill with a sword.

Sonoya Mizuno as Mysaria, who came to Westeros with nothing, sold more times than she can recall.  She could have wilted… but instead she rose to become the most trusted — and most unlikely — ally of Prince Daemon Targaryen, the heir to the throne.

Rhys Ifans as Otto Hightower. The Hand of the King, Ser Otto loyally and faithfully serves both his king and his realm. As the Hand sees it, the greatest threat to the realm is the king’s brother, Daemon, and his position as heir to the throne.

You can stream or download House Of The Dragon starting from 22 August 2022 on HBO GO by subscribing online here or the mobile app via the App Store or Play Store for RM23.30 per month. You can also access HBO GO via Astro. HBO GO is also available on Android TV, Apple TV, LG TV and Samsung Smart TV – and comes with AirPlay and Google Cast functionality.