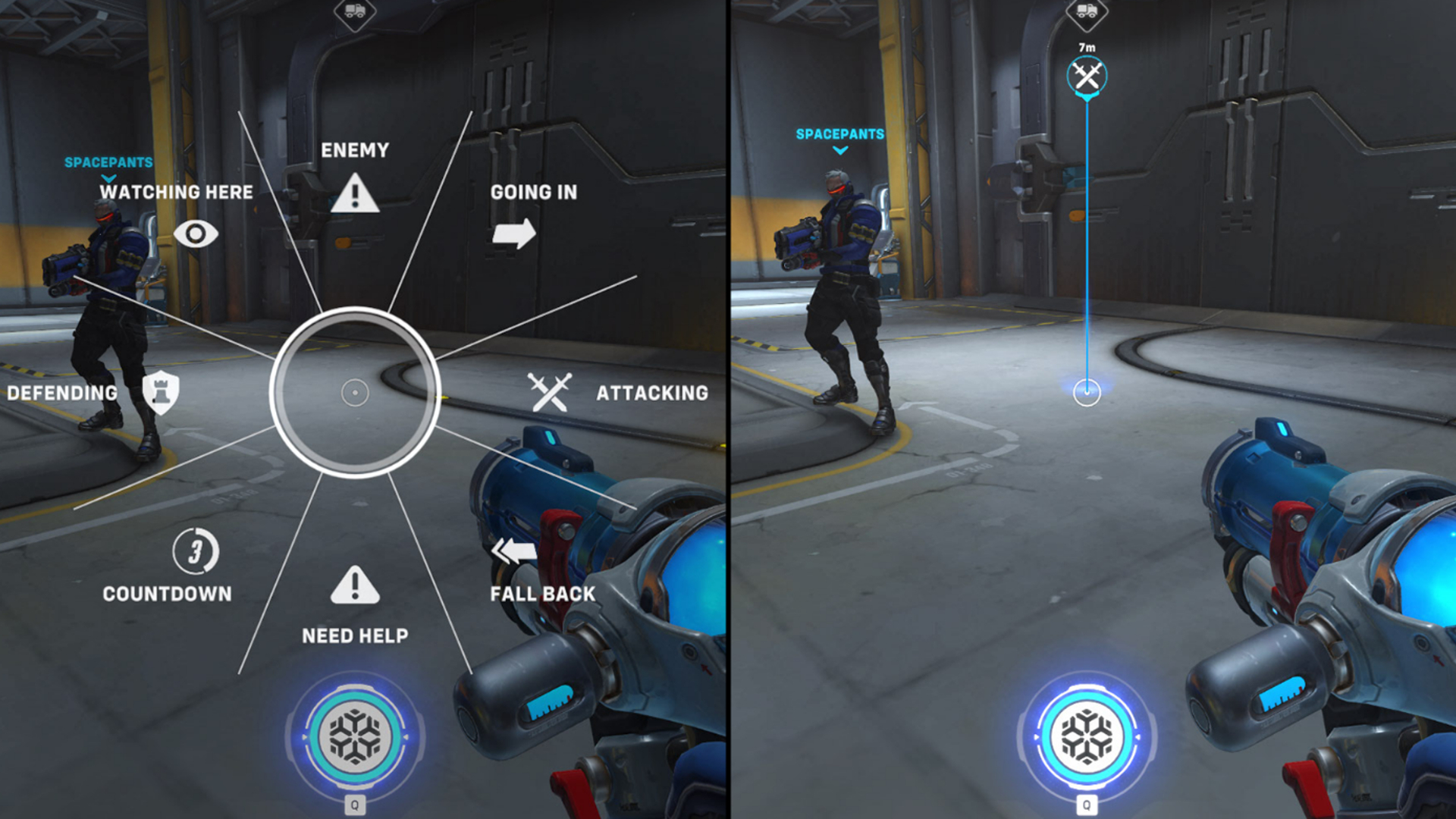 Activision Blizzard has announced that Overwatch 2 is introducing the highly requested ping system to the game. According to Overwatch 2 systems designer Gavin Winter in the press release, the developers wanted to create a system that would enhance voice communication as well as provide alternative ways to share information with your team.

One of their goals was to augment speech and give people a way to visually interpret voice communication, as well as support all voices and create a system to communicate for players that would prefer to avoid voice chat. Part of how the ping system enhances communication is by adding context to what you can already hear in voice chat.

With the press of the button, you will activate a contextual ping depending on what you’re aiming at within your line of sight. For example, if you’re playing Tracer and ping an enemy Reaper, your teammates will hear Tracer call out that Reaper’s location.

“It’s a more accurate, clear, and understandable way of communicating rather than hearing someone yell, ‘Reaper behind,’ or, ‘Reaper, Reaper, Reaper!’” With Reaper, sometimes you can see him, and sometimes you can’t. When you ping a Reaper who’s in your line of sight, the hero you’re playing will call out his location. However, when he breaks line of sight, your ping will show his last known location. Some of Reaper’s abilities, like Shadow Step and Wraith Form, will cause your ping to show his last known location.

Winter explains how you can expect this to look in-game: “A ping can be ‘stuck’ to a hero while they are visible, and the ping shows the last known location when they aren’t visible.” The ping changes depending on hero abilities. Sombra’s Translocator, Doomfist’s Meteor Strike, Moira’s Fade, and Tracer’s Recall are all examples of abilities that will cause the ping to fall off. This was designed to specifically fit with Overwatch’s fast-paced gameplay.

Alerting your teammates to your enemies’ locations or last known locations are only a few of the things you’ll be able to convey with the new ping system. Holding down the ping button will open a wheel that allows you to tell your teammates where you’re attacking, defending, need help, and more. There’s also a unique set of interactions for responding to a teammate’s ping. Using the communication wheel to tell your team to “Group Up” or “I need healing” will now activate a ping on top of your hero. Your teammates can respond to your ping to let you know if they’re with you or where you can group up with your team’s Support heroes.

“We are hoping this system will help with toxicity in-game. If you don’t like a person pinging so much, you have the option to turn the ping system off through block or squelch for that specific person. We do have heavy spam protection right now that we are open to adjusting, but we really want to see what works best for the community.”

This announcement comes ahead of the Overwatch 2 beta, which is slated to begin in April 2022 (check out more details on that here).

Relive Your WoW Memories With The Creators In This Nostalgic Video

[…] other Overwatch 2 news, have a look at the sequel’s new ping system revealed […]