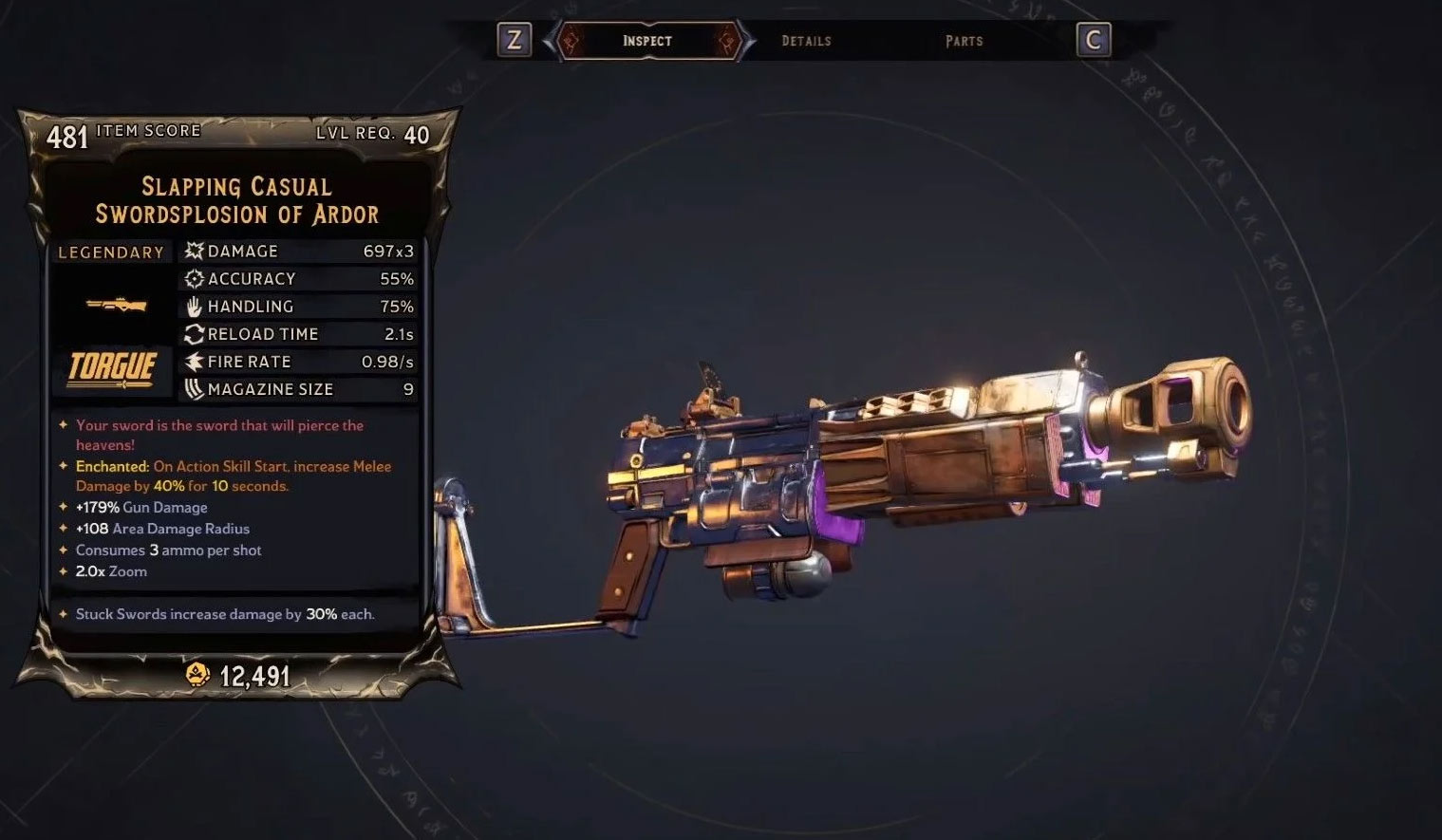 Tiny Tina’s Wonderlands just updated itself with a new 1.0.2.0c hotfix this 6th May, and it’s buffing up Torgue shotguns, especially a fan favourite in the Borderlands 2’s Tiny Tina-themed expansion.

All Torgue shotguns will have increased damage scaling by 17.6%. Not only that, the Legendary shotgun Swordsplosion (from said Tiny Tina expansion back in the day) is getting the following buffs:

It’s arguably the best damage-dealing Legendary weapon in the game, in other words. Here are the rest of the Shotgun buffs:

The elemental effect chance was very low for how many projectiles get fired per shot.

If you wish to farm for Legendaries like the Swordsplosion easily this week, you should fight the featured enemy LeChance at Wargtooth Shallows and in the Chaos Chamber. Featured enemies drop more loot than usual.

Here are the rest of the new patch notes update.

We found that the Warped Paradigm was increasing damage outside of the expected range that we balanced it for. We’ve adjusted it down slightly to make sure it wasn’t creeping too far out of those expectations.