Capcom’s Street Fighter 6 Beta: 8 Reasons Why I Love/Hate It

In 2016 and leading up to its release, Street Fighter 5 tainted everybody’s perception of Capcom’s meal ticket fighting game. It launched with less-than-usual features, was rushed out of the gate, and had terrible post-game content for 2 season’s worth, at least for Street Fighter standards.

Capcom fighting game guru Takayuki Nakayama and his team knew this going in, and furiously worked hard with part 6 of its fabled fighting franchise to make amends, showing glimpses of this in Street Fighter 5’s season 4 and 5 content.

Fast forward to now, and Capcom’s Street Fighter 6 closed beta session has come and gone, making every players and fans’ weekend with oodles of gameplay and online fighting. Simply put: this is what I really want in a fighting game closed beta session. There are quirks, but hear me out with the following bullet points.

For a closed beta with limited invites and access, Capcom sure picked some iconic characters and some new ones to go with the limited roster. Legacy players will get to try out buffed-up iterations of Ryu, Chun-Li, Guile, Juri, and Ken, the latter character being one of the best versions he’s been since Street Fighter 3: Third Strike. The new blood that’s playable in this build includes drunken kungfu guy Jamie and Bushinryu successor Kimberly, each with their new spin on existing fighting game archetypes. 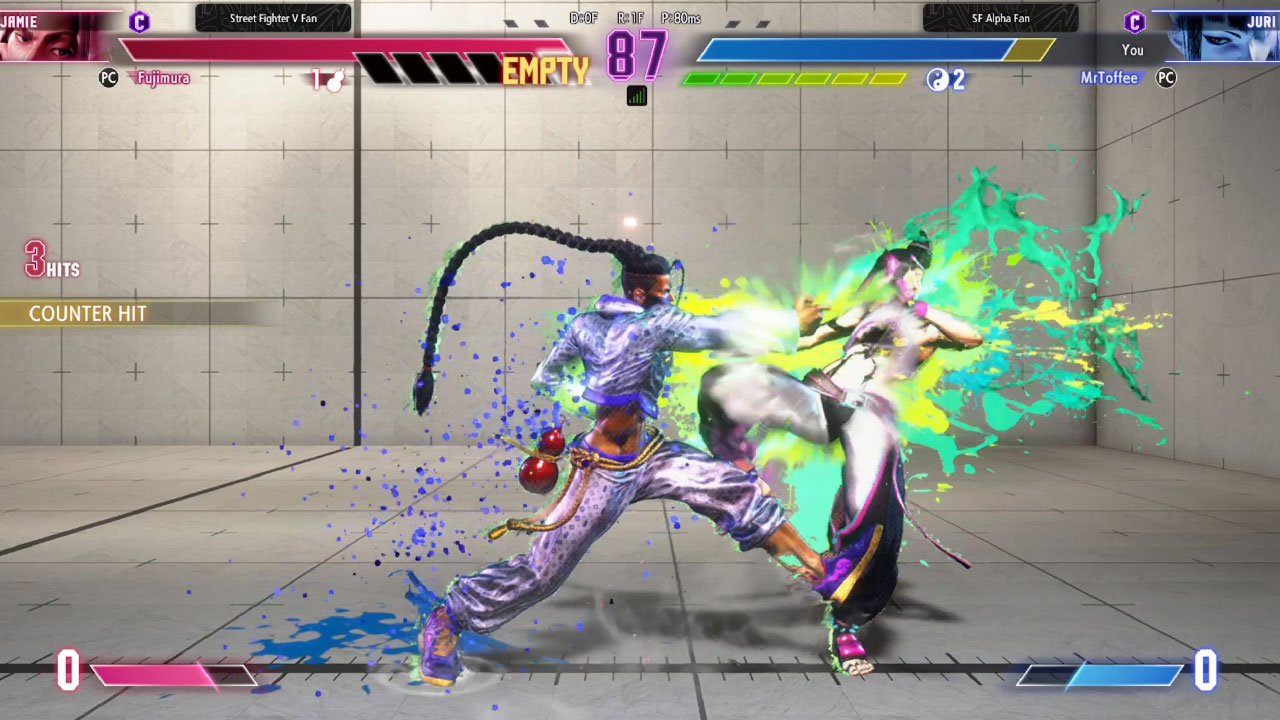 Jamie specializes in quick strikes and mixups, but he needs to get his “drink level” to level 4 to unlock his full potential. He starts out slightly weaker with less moves, but as he sneaks in a drink mid-fight either manually or with any of his “rekka” chain attacks and follow-ups, he gets access to a divekick, a multi-hit combo-ending breakdance move, and even a command grab that lets you follow up with a hard-hitting combo. He also oozes style and swagger; while he’s not a character I would main in a fight, I’d still use him just because of how fun he is. He makes all other old drunken kung fu masters look bad with his extensive rushdown repertoire and flash.

Kimberly is clearly a fan of Final Fight/Street Fighter Alpha’s Guy and Street Fighter 5’s Zeku; she has most of their moves and then some. She uses lots of speed and ninja shenanigans in her fights; a typical match with Kimberly means if you don’t block correctly, you’ll be at the receiving end of a long juggle. Her spray cans are her “exploding ninja shurikens”, forcing opponents either to just block or move forward, inviting more pressure from her ninja tricks. If you hated fighting Ibuki in past Street Fighter games, you’ll hate Kimberly even more.

While I personally would want at least one grappler in the mix, the closed beta roster did its job in enticing players to try all of them, from the defensive Guile to the savvy speed-laden Kimberly. There’s almost something for everyone, even absolute beginners since Luke and Ryu are catered towards them.

#2. A Promising Combat System With Opportunities For Combat Expression 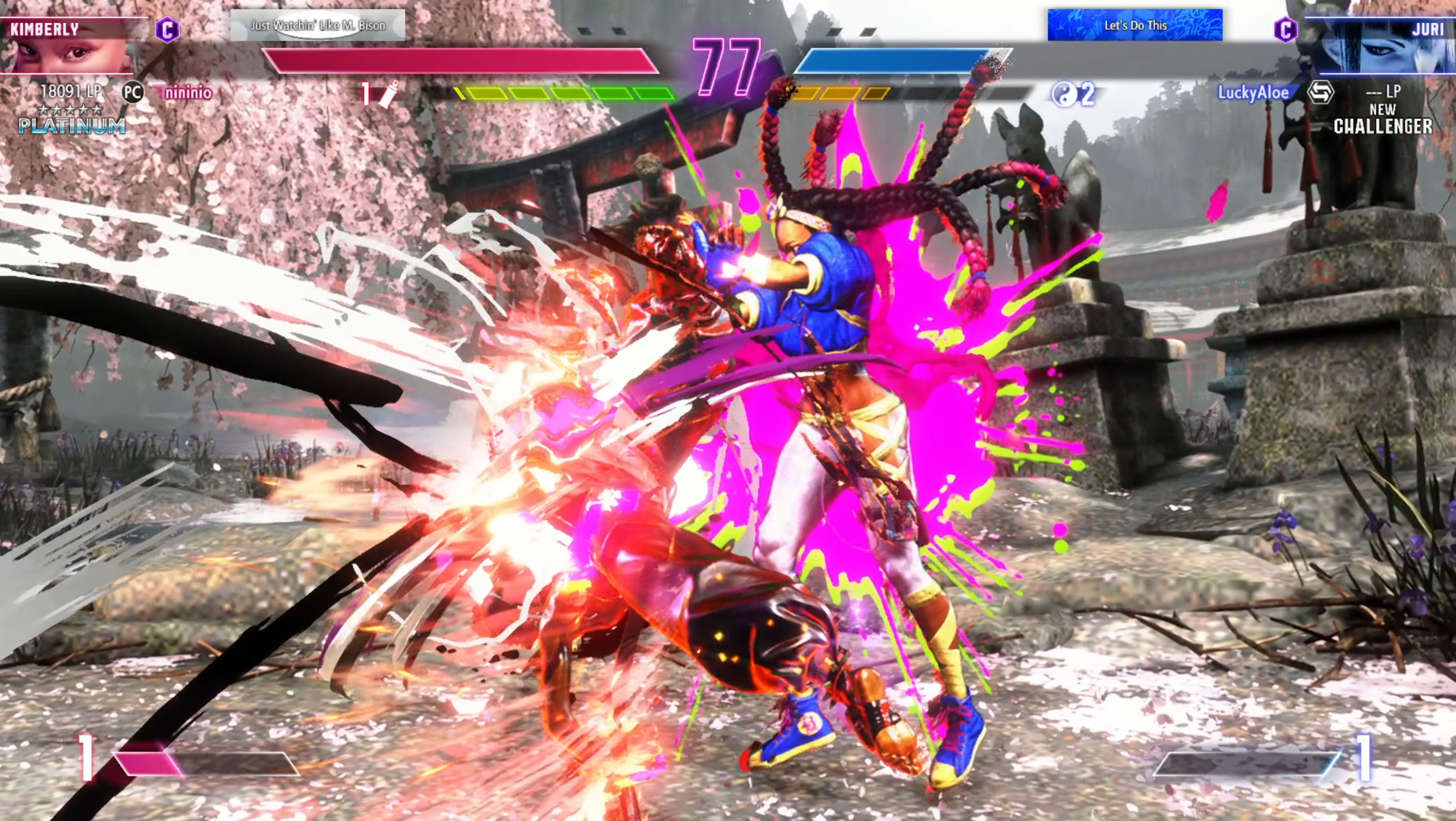 Street Fighter 6’s major mechanic, apart from it being a neutral-focused footsie-heavy 2D fighting game that rewards you for patience and planned offense, is its Drive mechanic. You have a separate meter just below your health bar called the Drive Gauge. This allows you to use Drive Parries (a parry that uses up your Drive Gauge), pull off Drive Impacts (a hard-hitting move with armour that opens up opponents), use Drive Rush (a cancelling technique from a Parry or normal move), and pull off Overdrive moves (powered-up versions of special moves). Your Super Arts and super moves? That bar still exists; it’s now separate from your Drive Gauge.

The beauty of this mechanic is that your Super meter is reserved for punishing enemy moves. Your Drive gauge is used for utility be it offense or defense. Of course, if you block attacks, you lose Drive gauge, and if you run out of Drive gauge, you’ll be in a Burnout state where you suffer more hitstun and blockstun. Worse, if you’re at the corner and you get hit by a Drive Impact while in Burnout, you’ll be stunned and opened up for big combo damage from the opponent.

Long story short, you need to manage your Drive Gauge well and not excessively use it. Your Overdrive moves and Drive Rush from normals are great, but they eat up more Drive gauge than your other defensive techniques. The flip side is that you’ll see tons of players cancelling to big damage combos and faking people out of doing a whiff. Or just leading opponents to the corner, hoping they don’t counter your timed Drive Impact with another Drive Impact of theirs.

#3. A Plethora Of Training Options To Make You “Git Good” 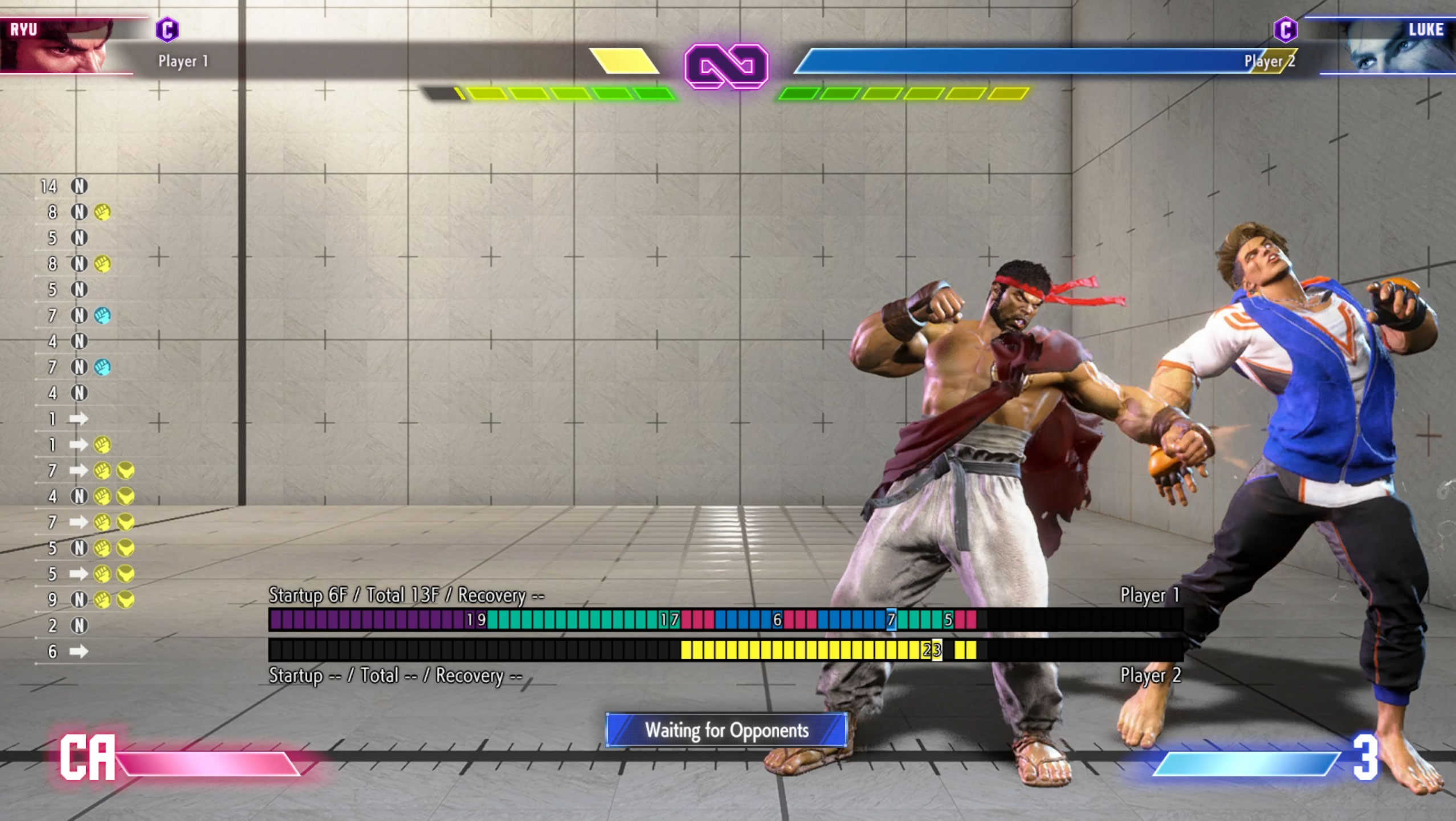 If you want to learn the ins and outs of Street Fighter 6, or fighting games in general, the game’s training mode will have you covered. You’ll have many options on how to anti-air, how to counter Drive Impacts, and how to break throws. You can even bust out the frame data display to show you what moves are safe and what moves have the longest recovery. Heck, you can even check out some replays via the Capcom Fighters Network (CFN) option in the online mode to see how top players like Idom and Kazunoko use the character you fancy in the beta, complete with rewind and speed-up functions.

Of course, being a closed beta that’s made to test the network, the matchmaking is turned on by default and cannot be shut off in this instance. Despite this caveat that will interrupt your training, there’s a lot to love with the many bouts of practice you can implement before the real deal. 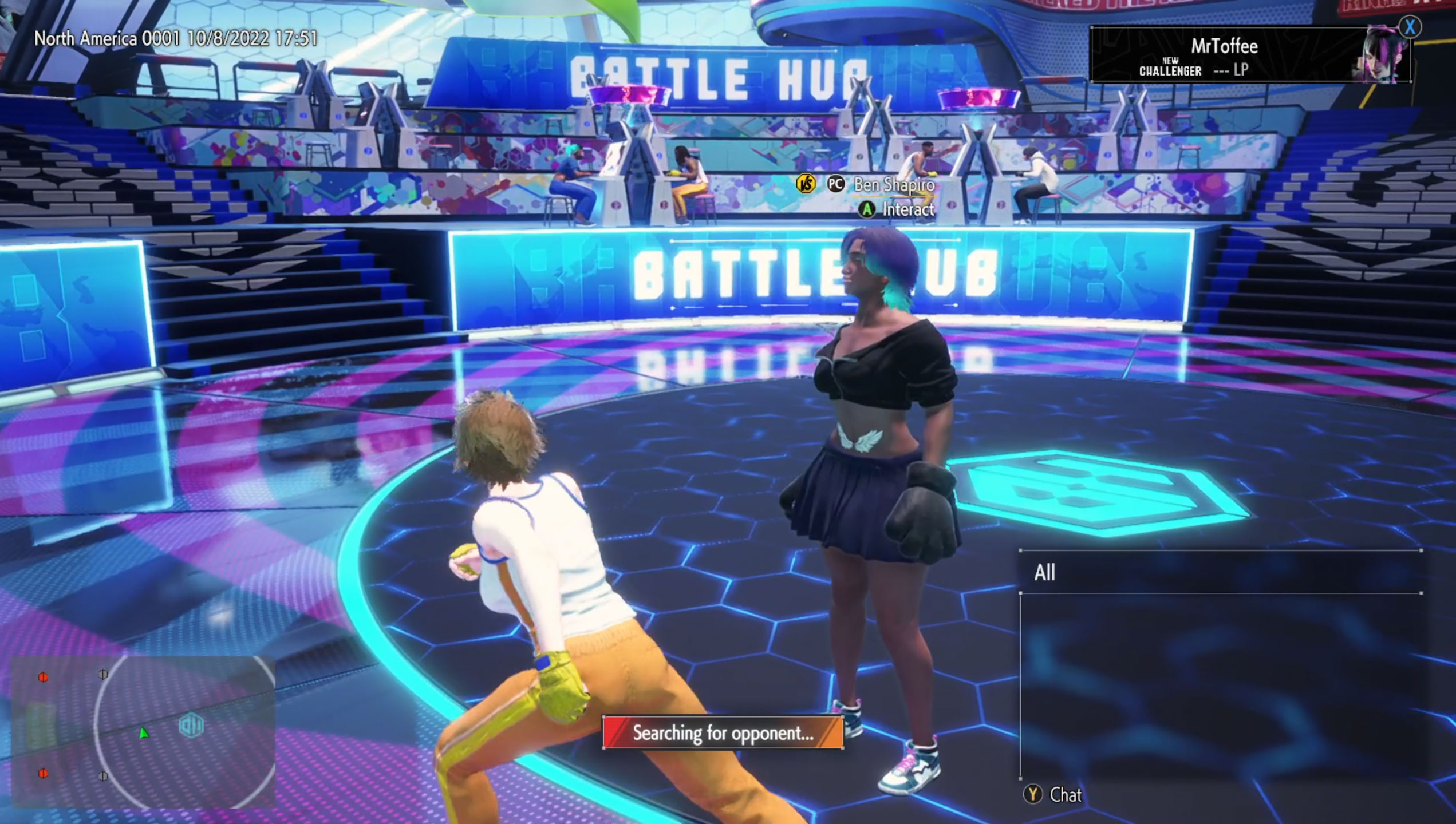 Well, for the most parts. When you start the beta, you’ll be in a giant-as-heck Battle Lounge lobby filled with a lot of avatars made with the game’s pretty-detailed Create-A-Character tool. You find an arcade cabinet with someone on it, and you start a match. You go to an empty cabinet, you just wait in training mode or spectate other players until you’re challenged. You can even turn on matchmaking for Ranked and Casual battle if you’d rather just hang around the lobby. It’s all painless and seamless, with the loading being manageable even for a closed beta.

You can even change the “Here Comes A New Challenger” prompt with different artwork. It’s an aesthetic pro, but one that is welcome. 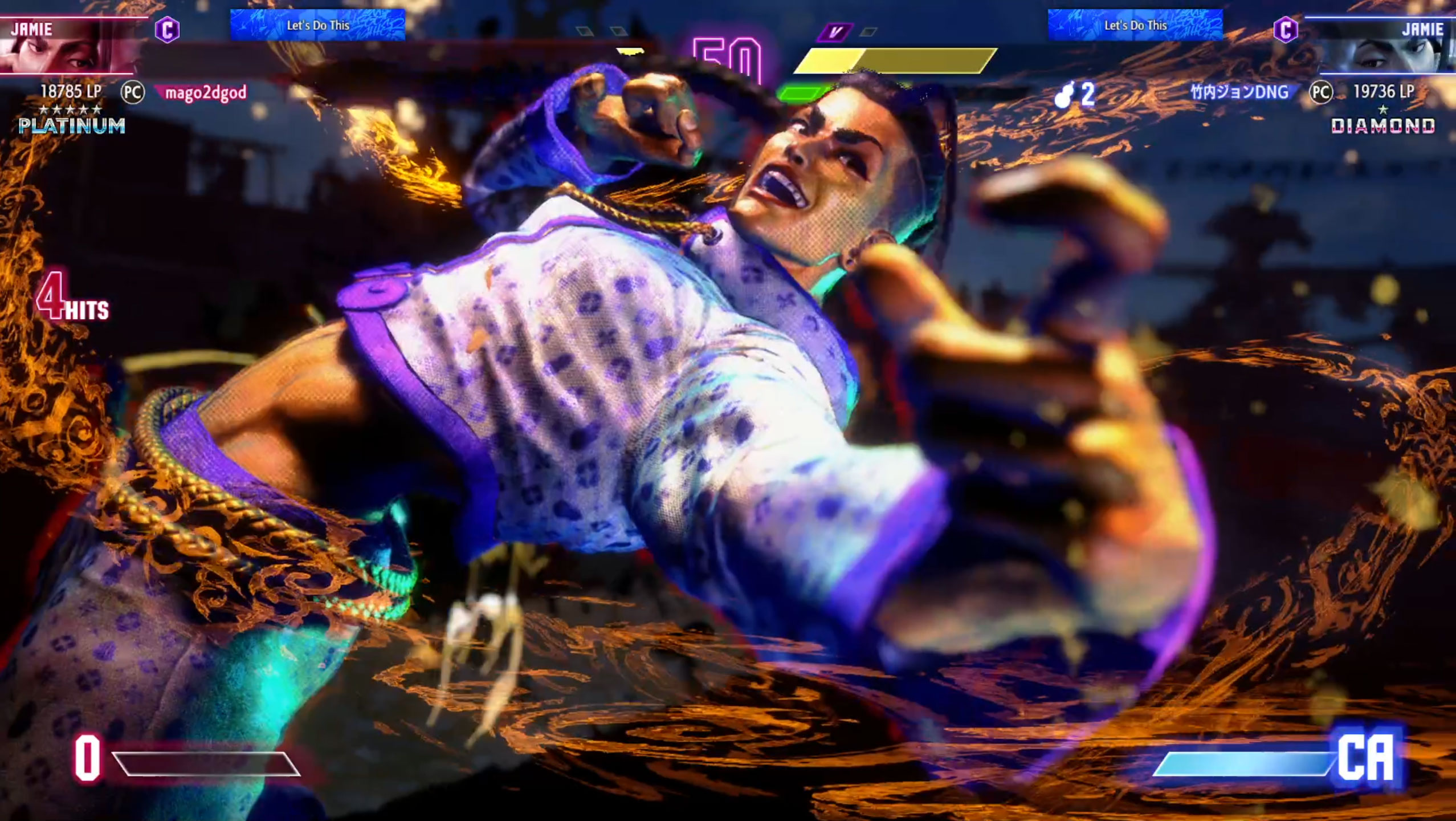 You can pick a fight in the Battle Hub with anyone hanging out at the arcade machines. But for the Ranked Battle and Casual Battle matchmaking? That’s a huge luck of the draw.

I know a couple of pro players who managed to get to Diamond ranking from Ranked Battles. I only got to Bronze because the matchmaking wait was way too long; I think it took about 30 minutes to get just two freakin’ fights. You have to be up at a specific time during the weekend to get a good amount of Ranked Battles going. I’m sure Capcom will sort this out with the open beta, because I foresee more people just giving up and playing in the Battle Hub instead for their fighting game jollies rather than bother about rank in future test sessions.

#7. Modern Controls As Default Will Piss Off Many 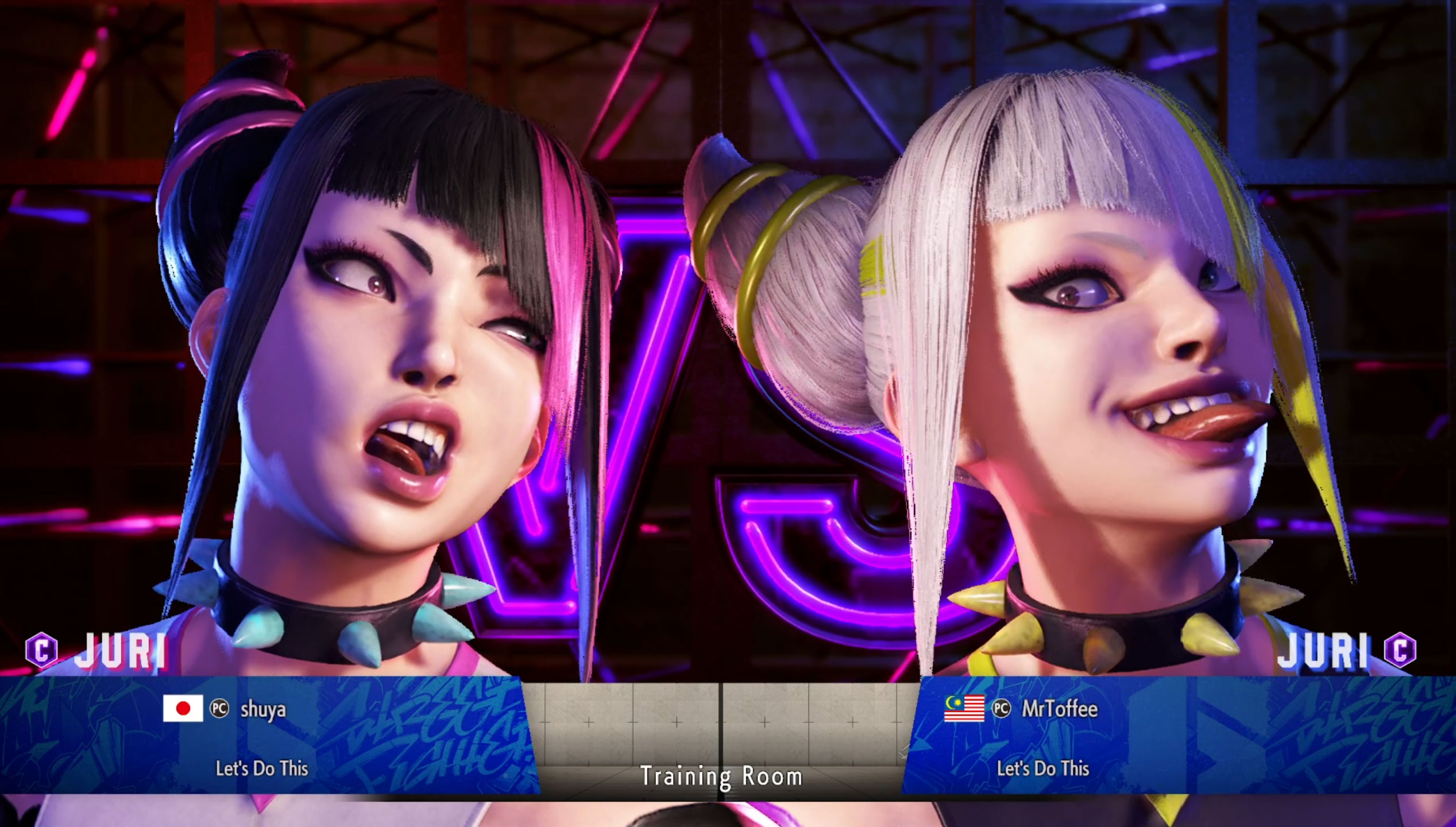 Street Fighter 6 introduces Modern controls for players, which streamlines your inputs for regular gaming pads (Xbox, PlayStation) so that all your major attacks are on the four face buttons. Most of your character’s moves are now done with a directional input plus a button, compared to the Classic controls where it’s 6 buttons (3 punches, 3 kicks) and that’s it. For newbies, the Modern controls are a great way to hold your own in an online battle while enjoying the intricacies of Street Fighter 6’s fisticuffs.

Having said that, I do wish there was a universal way to make every character switch to Classic controls instantaneously. The first time I played, I got a rude awakening with my inputs as they’re automatically Modern style. While it’s great that newer players in the beta can get into it quick, veteran players and fighting game connoisseurs like myself have to do some manual tweaking and menu fumbling the first 30 or so minutes. Perhaps an option/prompt at the start to let you choose Modern or Classic before you enter the Battle Hub can help alleviate this issue in the future.

Music is integral to the fighting game experience. While it’s subjective, I personally am not fond of the majority of tunes in the game. They seem like tryhard music copying current genres like trapt and lofi that belongs in other fighting games, attempting to be hip and end up inducing cringe.

I get that the game’s composers are moving away from established character themes remixed to death since Street Fighter 2, but the majority of it isn’t that good and not that memorable. I mean, this IS the company that made awesome alternate Chun-Li earwigs like “China Vox” and “Spinning Bird”. As bad as Street Fighter 5 was at launch, its music was leagues better than what’s in this closed beta. 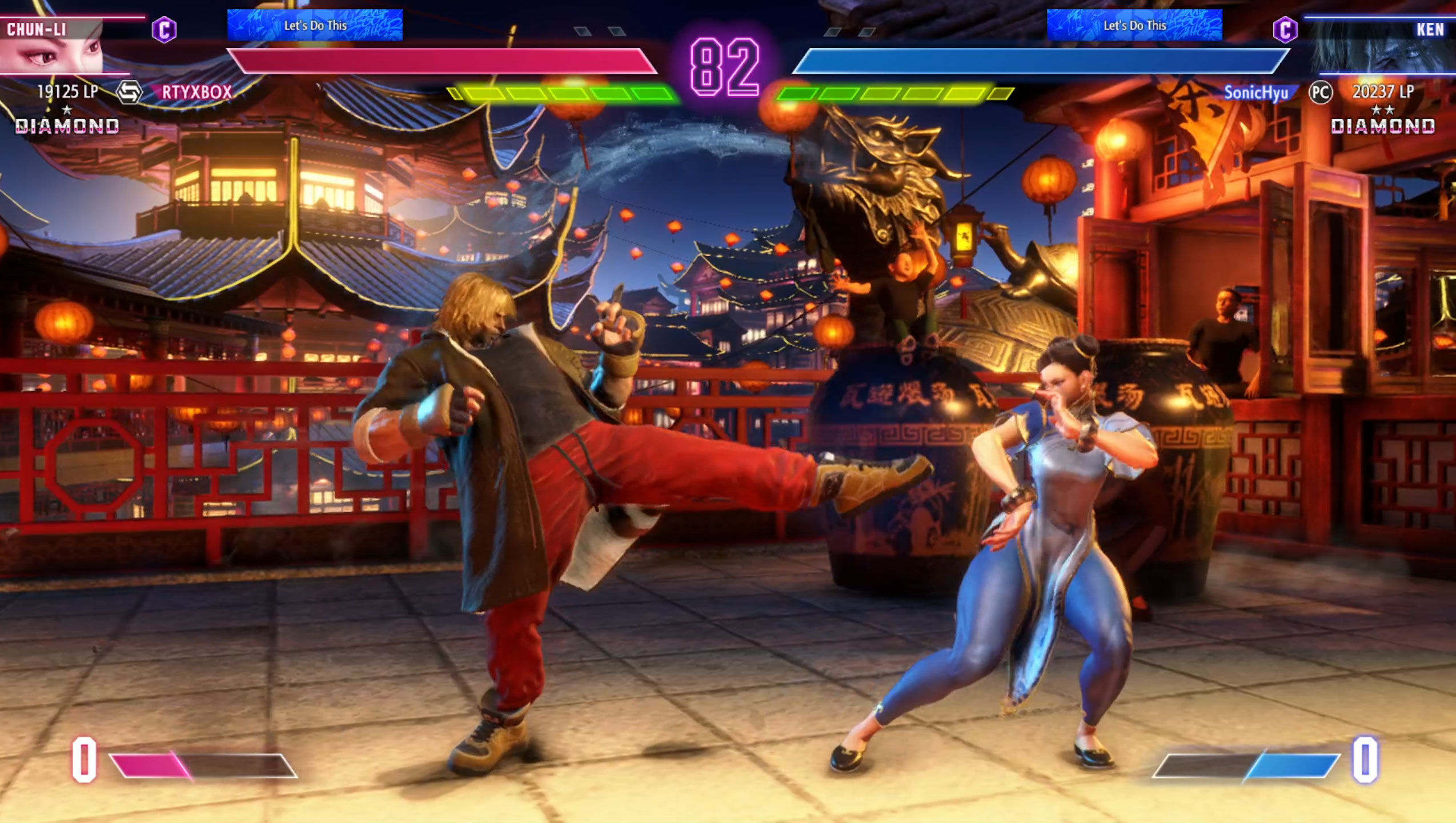 In terms of match stability, rollback netcode, and overall experience, this closed beta has it made in spades. Sure, there were a small number of fights I couldn’t initiate through the battle hub, but I got in after retrying and the match still stayed smooth. Again, this is a closed beta so the kinks do need to be ironed out.

Still, if the final product hits all the same highs and goes further and beyond as the closed beta did, Street Fighter 6 could well be the perennial 2D fighting game to bring Capcom back to a new golden age come 2023.

Time will tell if they’ll stick the landing since this is just one-third of a bigger package -there’s the game’s World Tour mode and single-player arcade options to consider. But so far, it’s looking promising for Ryu and his motley fighting crew.

Street Fighter 6 will be out for PC, Xbox Series, Xbox One, PlayStation 5, and PlayStation 4 in 2023.

Need another action RPG fix after Wolcen? Then why not check out this Steam Early Access game called Curse of the Dead Gods? The one thing that stand...

Amazon's New World, the long-awaited MMORPG that a lot of people want to jump on due to its fresh new setting and online RPG take, is available to pla...

Beyond the Long Night takes place in the afterlife, so we at the KKP got to venture past the light at the end of the tunnel to give a little preview f...