Wild Hearts: A Hands-On Preview Of The Massive Monsters You’ll Fight Next Year

We got hands-on with a demo for Electronic Arts and Koei Tecmo’s first joint venture together, a revolutionary take on Capcom’s Monster Hunter franchise Wild Hearts.

In the demo, we got a little glimpse into the story but things that everyone’s keen to hear about are the monsters or Kemono as they’re dubbed in the game. When fighting the kemono for the first time, you will quickly learn that each and every one of them has its own attacks and algorithm that you have to adapt to. With all the kemono there are a number of “stages” that can change depending on how strong your character is, or if you have other players helping you.

Usually, the stages go like this; after you deal a certain amount of damage to the kemono, the kemono will run away to a new area. This will require you to chase the kemono and that’s when the next stage begins. Depending on how long it takes for you to kill the kemono, the stages will progressively get harder so the faster you kill them, the easier it will be. While playing solo, the minimum amount of stages I managed to kill a kemono in was two stages. In contrast, the longest was five stages—against the strongest kemono available in the demo, the Kingtusk.

All kemono also have an enraged mode that it enters when you’re nearing the end of the battle, this is where you get to see first-hand the kemono’s ability to twist and change the terrain around it. Here’s a breakdown on what we fought:

Even when the Ragetail became enranged, the moves were extremely easy to dodge and read. 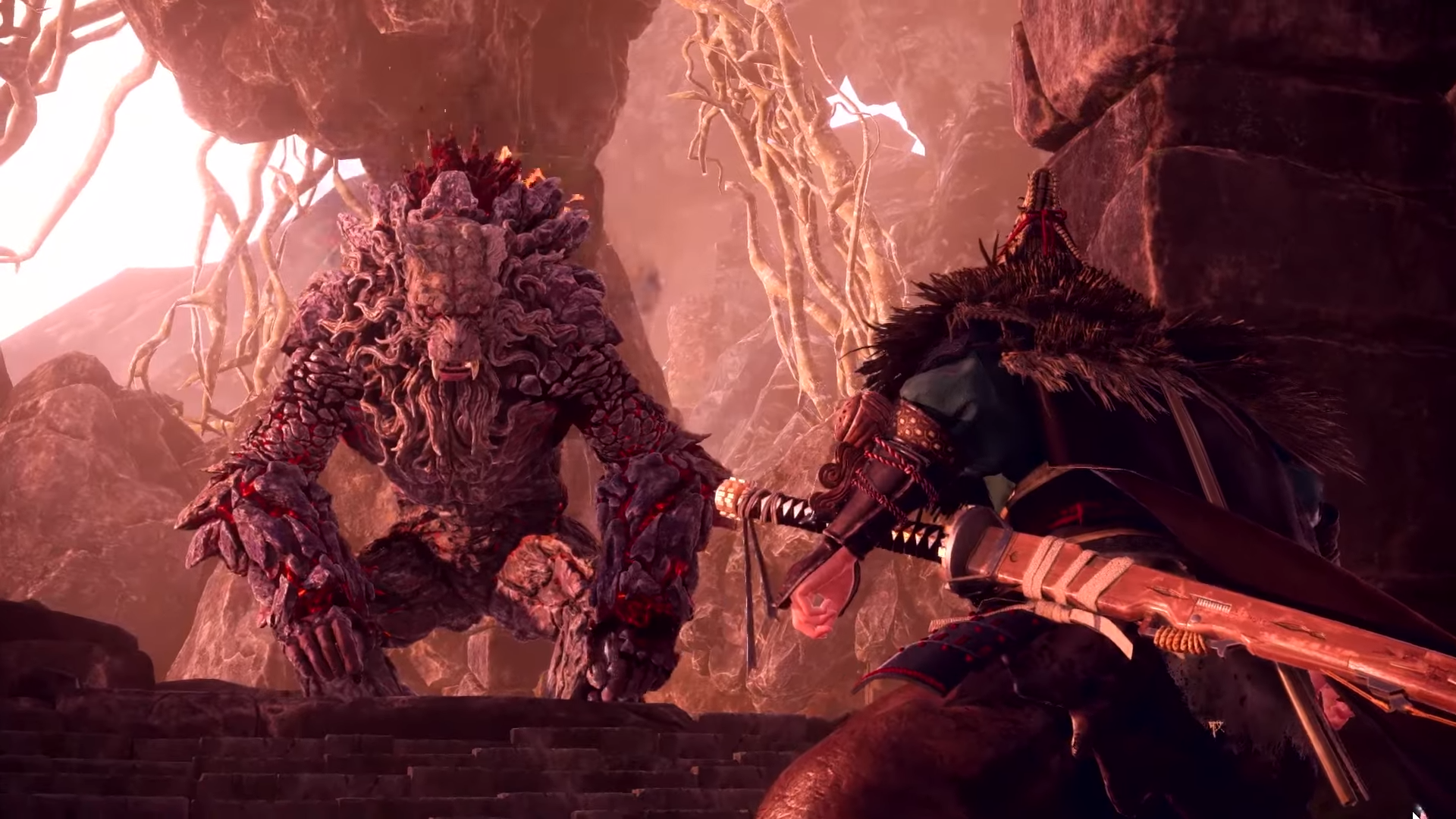 Honestly, I had the most trouble with this kemono. The Sapscourge is a giant racoon that has the ability to shoot burning Amber which slows you down. This is the second major kemono I encountered and I had a lot of trouble dealing with its final stage which is in the Sapscourge’s nest. When fighting in the dark and eery cave that is the Sapscourge’s nest, the only light source is the scourging hot amber the Sapscourge shoots.

Because of this, I found it extremely difficult to recognise the cues of the kemono, almost dying twice to it in its enraged mode. 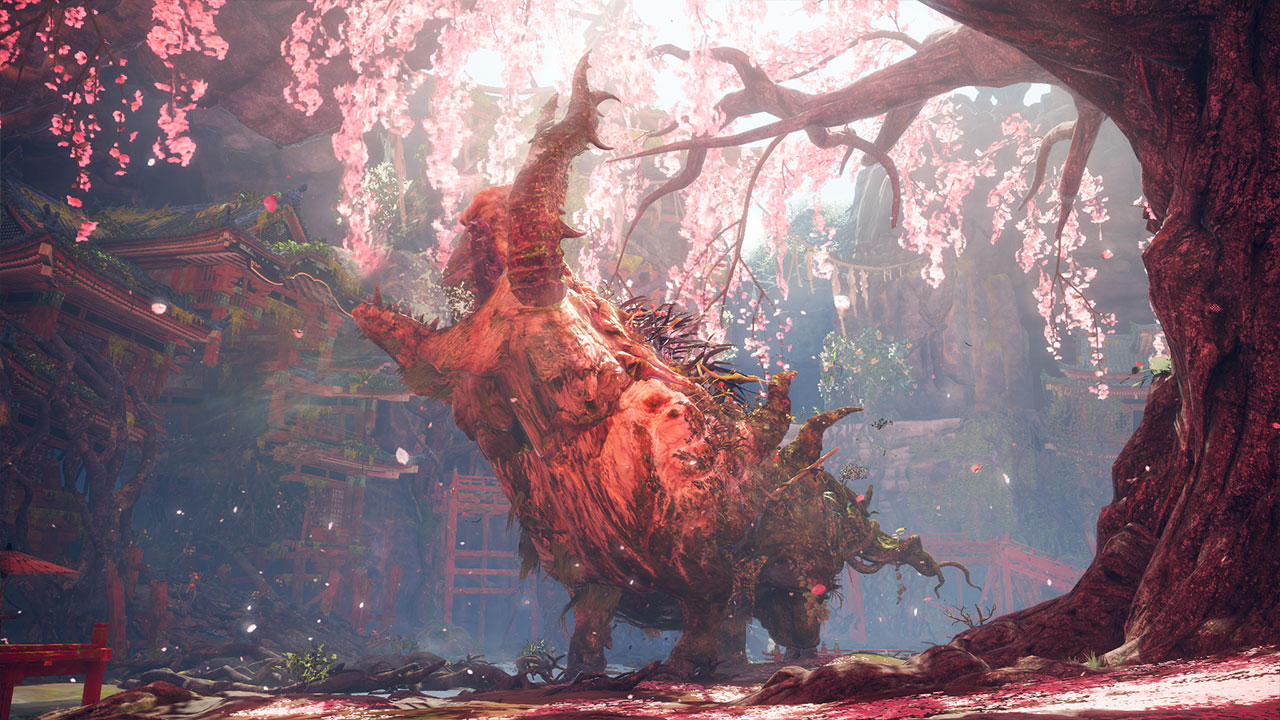 And lastly, you have the Kingtusk, a giant boar-like monster that has the ability to shoot tree roots from the ground. I encountered this particular monster towards the end of the demo as it acted as the first serious boss fight. The Kingtusk—while tricky to fight due to its damage—is possible to solo.

The Kingtusk probably has the simplest algorithm to follow as its move set is extremely limited. Although due to its size, there is one particular move that is close to impossible to dodge without utilising the karakuri system (build feature). What also makes this kemono annoying to fight is that in between stages, the Kingtusk travels the longest distance, meaning unless you utilise a certain exploit, it can take you some time to catch up to the beast. 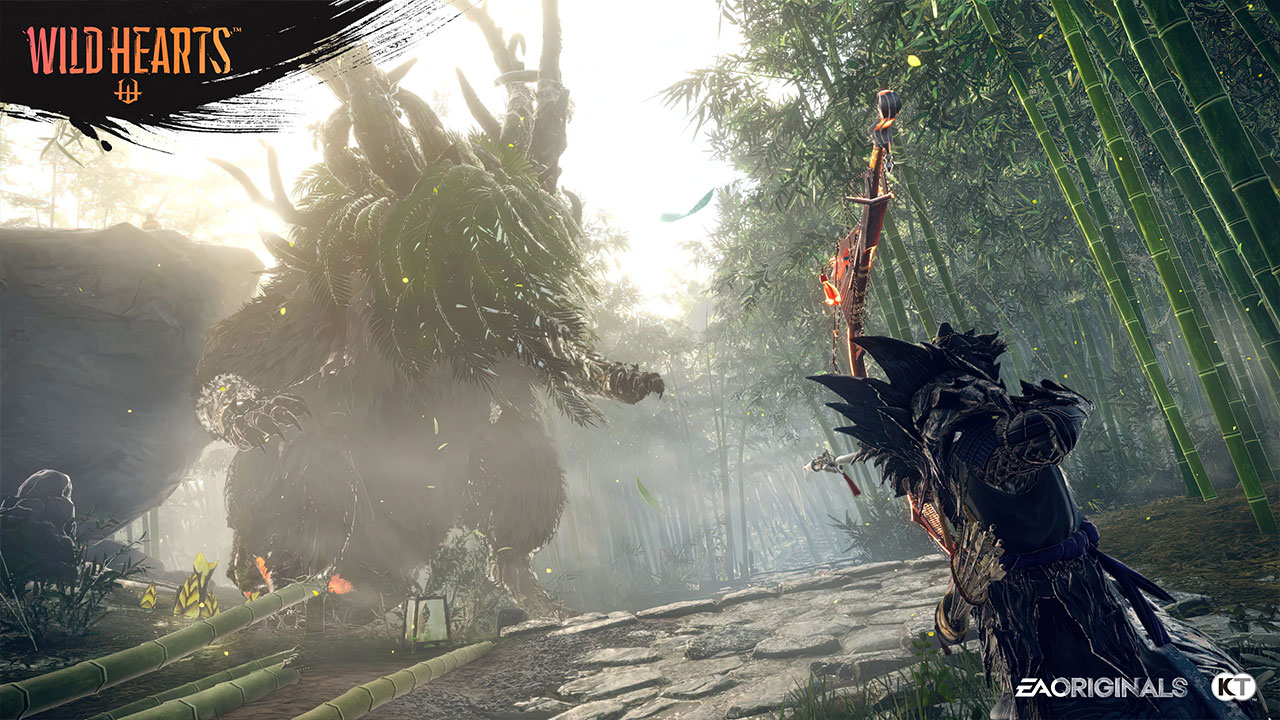 All in all, Koei Tecmo and EA have shown a lot of promise with this similar-yet-fun action title. We hope to see more of this in the coming few months, as well as see how big and challenging these kemono can get. Wild Hearts is slated for Xbox, PlayStation, and PC in 17 February 2023.

News
What To Expect From Persona 5 Scramble: The Phantom Strikers

Atlus has finally revealed what exactly Persona 5 S is and unfortunately, it's not what everyone thinks it would be. It's not a downsized version of P...

News
Get Some Eyesight Boost With These Monster Hunter Glasses

Earlier this month, Capcom unveiled the gold and silver Monster Hunter World statues which aren't exactly affordable for most Monster Hunter fans. For...

Capcom is one of those brands you need no introduction of. It's been etched in the minds of the young and old from the early days of gaming from the a...