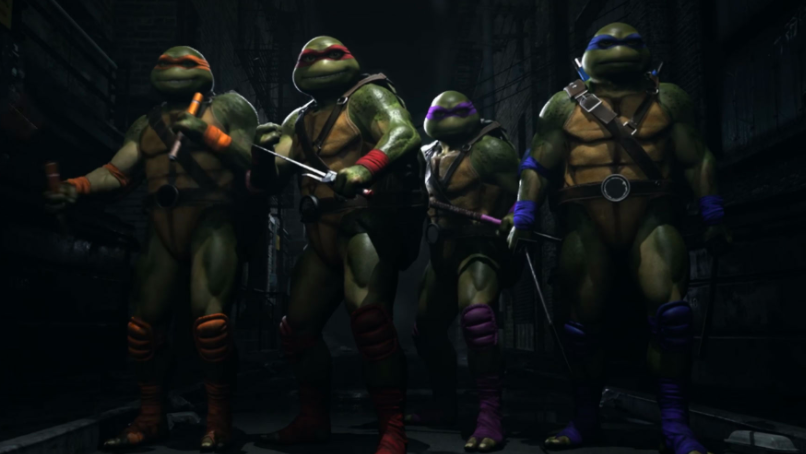 Ahead of Injustice 2 hitting PCs 14th November 2017, developers NetherRealm studios yesterday revealed that the cast of the Ninja Turtles will be making their way to the brawler via its third DLC.

However, we are still confused as of how the four turtles will be in the game – whether each as a single character or as Leonardo says it in the trailer, “We fight as a team” which will see each character tag in and out of the match whenever you see fit, allowing the Ninja Turtles fight as a single entity. Only time will tell but to be honest – either way it will still be awesome.Â Also revealed were two additional characters in the DLC, The Atom, who was revealed not long ago and The Enchantress to bring the roster to a total of 41 characters.

However, the new fighters won’t be available immediately on launch of the PC version, with Early Access version of The Atom only joining the fray on December 12, followed by Enchantress and the Turtles soon after. You can purchase these characters separately or get the whole shebang by snapping up the Ultimate Edition of the game.

Deathloop Has Been Delayed To September 2021