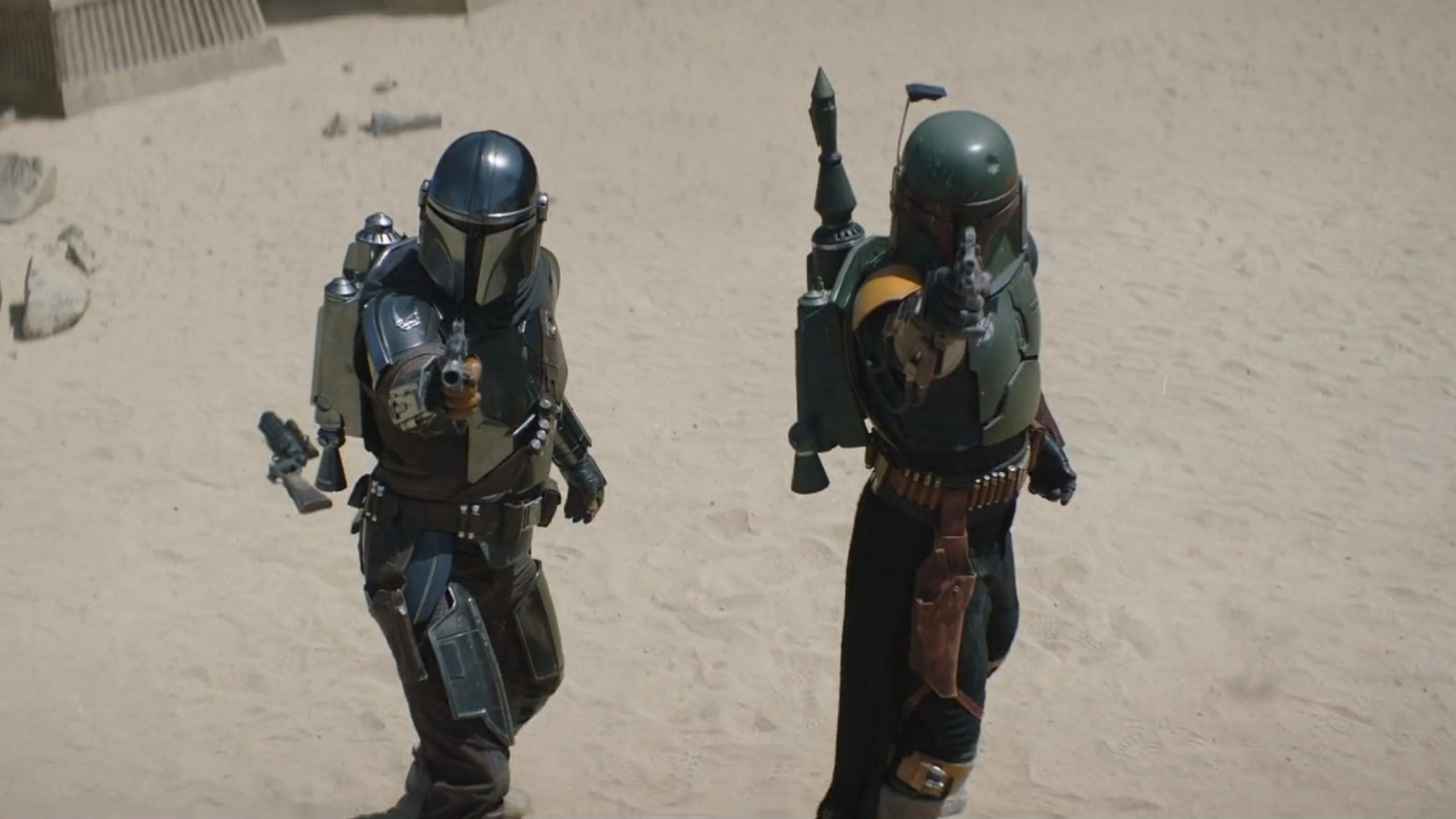 The seventh and final episode of The Book Of Boba FettÂ Season 1 is now streaming on Disney+ Hotstar Malaysia. Iâ€™ll be discussing heavy spoilers so if you havenâ€™t seen it or want to avoid spoilers, nowâ€™s your chance to stop reading.

Grogu Chose The Beskar Armour And To Be With Mando

Now we know what Grogu chose at the end of the previous episode. Grogu chose the Beskar armour and therefore chose to be with Din Djarin AKA the Mandalorian, instead of taking Master Yoda’s lightsaber and becoming a Jedi. R2-D2 sends Grogu to Tatooine on an X-Wing.

I’m not sure what these new machines are but they seem to work similarly to the Droideka from the Star Wars prequel trilogy and Clone Wars era. Droidekas were used by the Confederacy of Independent Systems (CIS) against the Republic during the Clone Wars. They were notable for having energy shields that could deflect blaster fire.

Mando even tried using the Darksaber and it still can’t penetrate these machines’ shields.

Boba Uses The Rancor To Fight The Machines

Finally, the rancor comes into the picture again. Better late than never.

Grogu Uses The Force To Save Mando From The Machines

Callback To The Clone Wars

In this episode, after Cad Bane defeats Boba in a duel, he said:

“This isn’t the first time I beat you out on a job.”

This might be a reference to the unfinished episode, where Boba loses to Cad Bane in a similar duel, which also explained how he got that dent on his helmet.

You can watch that below:

Remember that Gaffi stick he received in a flashback in Episode 2? He uses it to kill Cad Bane for good. The spiked polearm staff or spear is the Tuskenâ€™s signature weapon, which is also called the Gaderffii Stick.

Grogu is so pretty powerful to be able to tame a rampaging Rancor.

Boba won’t have to worry about the Pyke Syndicate on Tatooine anymore.

Hey, that’s a cool easter egg. The Meiloorun fruit was the favourite snack of Hera Syndulla, the Twi’lek character from Star Wars Rebels.

The Post-Credits Scene Reveals That Cobb Vanth Is Still Alive

Don’t forget to catch the post-credits scene at the end of the episode, but it doesn’t reveal much; only that Cobb Vanth is still alive and recovering inside a bacta tank, receiving treatment from the same mod-parlor person that helped save Fennec Shand by giving her droid modifications in Episode 4.

Maybe Cobb Vanth will also receive droid modifications? We’ll have to wait and see. All in all, the finale doesn’t tease much for what to expect from Star Wars series in the future. The next Star Wars Disney+ series is likely going to be the Obi-Wan Kenobi series, and there are rumours that speculate a May 2022 release window.

Halo Infinite Will Feature Cross-Marketing With TV Series One Day

by Disney Gallery Star Wars The Book Of Boba Fett Showcases Mark Hamill Behind The Scenes & More in May 6, 2022
Reply

[…] Wars’ The Book Of Boba Fett Season 1 ended earlier this year with its seventh and final episode in February 2022. Several months later, and we’re getting a special one-hour documentary, […]

The article has extremely high-quality content, I appreciate it, your article will certainly bring a lot of useful knowledge to everyone. respect you