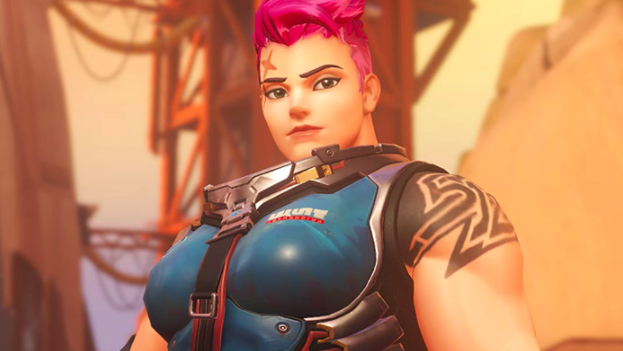 Update: Geguri is now part of the Shanghai Dragons and has been their starting tank since her inclusion to the team. She’s doing very, very well despite her team’s current winless record but rest assured, is one of the better flex tank players in the Overwatch League.

Shanghai Dragons’ move to not only acquire Geguri, but also adding new Korean-speakers to the team definitely made it more conducive for her to participate as well as improving the team’s overall talent pool.

A few weeks back, a piece written by Nathan Grayson of Kotaku made its rounds discussing the ‘absence of female players’ in the Overwatch League (OWL). In the article entitled “No Overwatch League Team Signed The Game’s Most Notable Female Pro To Their Roster“, Grayson stated “…asÂ OverwatchÂ makes its debut on its biggest stage ever, the pro sceneâ€™s most accomplished woman player is nowhere to be found. Instead, thereâ€™s only chatter that uncritically echoes the allegedly meritocratic points of view weâ€™ve heard from other esports scenes for years.”

For the uninitiated, KimÂ “Geguri”Â Se-yeon became a household name in the competitive Overwatch scene when she proved herself to be one of, if not the best Zarya player in the world. So apparent was her skill that she was even accused of cheating – an allegation which she successfully put to bed, and also resulted in her accusers quitting the Overwatch scene entirely.

She became the first female Overwatch player signed to a team competing in a top-tier league last August, when she joined ROX Orcas in the OGN APEX Season 4 tournament. Sadly though, her team didn’t do well there, losing all of their matches and dropping out of the tourney at Group Stage 1. The winner of the season, GC Busan went on to sign with London Spitfire in the OWL.

Whilst I would love to see more female participation in esports, I think anyone in the pro scene should – and deserve – to be there based purely on merit and suitability, rather than to simply appease certain quarters, albeit reducing them as token participants. Unlike physical sports where direct competition between the sexes just would not work due to obvious physical advantage the male species possess, there should not be a separation between genders in esports and any calls for a ‘Female Only’ circuit goes against everything in promoting equality between the sexes.

Many proponent of Geguri to be competing in the current OWL season base their arguments solely on her abilities with Zarya. Even the title of the Kotaku piece read “No Overwatch League Team Signed The Game’s Most Notable Female Pro To Their Roster” – but why, exactly? Is that label alone enough to merit her a place in an OWL team roster? People seem to forget that Overwatch is a team game and one player does not make a team.

Save for a few, such as Boston Uprising and LA Gladiators, most teams in the Overwatch League were constructed of presets from pre-existing teams. Seoul Dynasty is essentially an improved version of the most successful OGN APEX team, Lunatic-Hai. London Spitfire, which consist of the second and third most successful teams from the APEX circuit – KongDoo Panthera and GC Busan – are still getting used to one another and is still a way off from finding that perfect team composition. Dallas Fuel is a re-skinned Team EnVyUs while LA Valiant has the former Immortals team as its core. Securing a spot in the Overwatch League costs team owners as much as US$20 million dollars each, so it is not surprising that most parent companies choose the safe route of investing in squads that already have team chemistry between players when finalizing their roster.

Signing Geguri just to ensure female players are represented is not a wise decision at all. How will she fit into any of these teams? Amongst her ROX Orcas teammates, only Striker found his way to an OWL team – Boston Uprising. Mechanically gifted as she is, there are numerous other players who are also equally, if not more competent than she is waiting for the opportunity to compete. Players such as Kephrii, AKM, Harbleu, Nico, aktm …. the list goes on. She is one of many pro-level players who were sidelined from competing in the inaugural season.Â Fact is, skill alone will not get you drafted into a team.

What about other factors holding her back such as language barrier? We understand that she doesn’t speak much English, so that fact alone rules 9 teams out of the picture. The remaining teams – Seoul, New York and London have built teams around a solid core and it is hard to see Geguri unseat any of the players from their spot from the starting lineup. Then comes the meta. Zarya is simply not en vogue nowadays, only played 4.51% of the total play time during Week 1 of Stage 1 in OWL. Of course she can flex but that would belie the argument of including her into a team in the first place, right? All these factors combined points to one answer – she is simply not ready yet.

Now don’t get us wrong. We want to see Geguri compete in the OWL and fully believe that at the right time and setting, she will definitely kick ass in the pro scene. She IS that good, after all. But in her current state, she has a lot more to learn and improve and as Houston Outlaws’ DPS, JAKE puts when commenting on female players’ participation in the OWL, â€œPeople would always be doubting, always be judging. So it has to be the right person, the right player, and those things have to come together at the right momentâ€”which makes it especially hard for women in the scene right now.â€ Bluntly put – plonking her into the scene ‘just because’ she’s an awesome Zarya will backfire for a multitude of reasons listed above.

But who knows? In a season or two, Geguri will be better equipped, and thus allowing her a greater chance of being recruited. It will be far more significant to see her playing in the OWL based purely on abilities as opposed to gender. At the same time, female participation in the league will be much more meaningful if skill and ability are emphasized as selection criteria in order to compete on the world stage. We applaud any establishment who is willing to spearhead the involvement of women in pro esports scene – not just Overwatch, but everywhere else. The scene is in dire need of diversity, but again has to be based on merit rather than tokenism.

CD Projekt Ramps Up Cyberpunk 2077 Marketing With Influencers; Why Exactly?

by Our Neighbor’s All-Female Team Will Be In WESG CS:GO World Finals – KAKUCHOPUREI.COM in January 19, 2018
Reply

[…] with Kenn on the stance of female gamers in the Overwatch scene: skills & team dynamic matters. This doesn’t apply to just Overwatch but in all other competitive games. If you want to take […]

by Rumor: Geguri Set to Sign For An Overwatch League Team? – KAKUCHOPUREI.COM in February 5, 2018
Reply

[…] A few weeks back, we saw several complaints about the absence of female players in the Overwatch League. We discussed about it at length and you can read our opinion on it here. […]

[…] discussed about this issue at length as well here. If the community really care about the inclusion of female players into the league, then it should […]