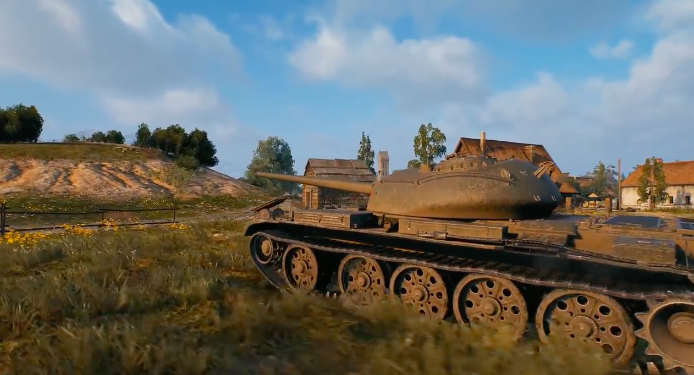 The latest World of Tanks update for PC will not only ensure the massively popular free-to-play game remain at the edge of PC gaming technology in years to come – a brilliant news for those who always keep their machines up-to-date – it also ensures that even those with potato-level rigs aren’t left behind in terms of a brand new experience (yay me!).

Leaving no stones unturned, latest update not only bring unprecedented, bonkers-level realism to a game that’s already well known for its realistic depiction of war machines duking it out o massive arenas, it dropped in 29 reworked maps, a brand new soundtrack and the introduction of a new map, Glacier. Even paid games don’t give their paying customers this much extra goodies.

â€œUpdate 1.0 improves the baseline technology for the game, introducing the in-house developed Wargaming Core graphics engine,â€ said Milos Jerabek, Development Director for World of Tanks PC. â€œThanks to it, weâ€™re now capable of elevating the entire game and can ensure World of Tanks is a fun and immersive experience for years to come.â€

In an interview with IGN, Regional Publishing Director for Wargaming APAC,Â Alexander de Giorgio commented on the eight-year gap between the game’s first release and its 1.0 update â€œWe see World of Tanks as a living thing,â€

â€œIt’s been going now as a service to players for eight years, and that means a constant stream of updates, of new content, of new game modes, and sometimes things that didn’t work, which we had to roll back. This is a constant experience of running a game like this, and so in that kind of mindset, eight years is like nothing. It just kind of comes along, it just happened.â€ he added.

We can only hope that other developers and publishers to take a leaf out of his book when it comes to servicing their loyal player base.

The update is now live for everyone on the PC so we’d highly recommend you to try it out. As a bonus, to celebrate the launch of Update 1.0, World of Tanks has announced the Grand Extravaganza – a two-week long marathon full of battling and rewards. Starting March 29 until April 13, players will get chances to earn multiple in-game bonuses, as well as prizes from Intel. Not sure it’s your cup of tea? Hey it’s free anyway.

Stay tuned for Part 2 where we discuss further with de Giorgio about what separates his game from other multiplayer games, their aspirations for the future and what is in store for players in the Asian region.

by Tanks Lead the Way As Wargaming.net Continues To Trailblaze the F2P Scene – KAKUCHOPUREI.COM in March 30, 2018
Reply

[…] we are pretty confident it’s going to be an awesome take of the said genre. You can read Part 1 of the interview here as well, where Giorgio shared his vision in relation to World of Tanks following the release […]

by World of Tanks: How to Survive Longer on the Battlefield – KAKUCHOPUREI.COM in April 11, 2018
Reply

[…] game and if you are thinking of trying it out on a dated PC, well you’re in luck as Update 1.0 makes the game playable on an impressive state even on older […]