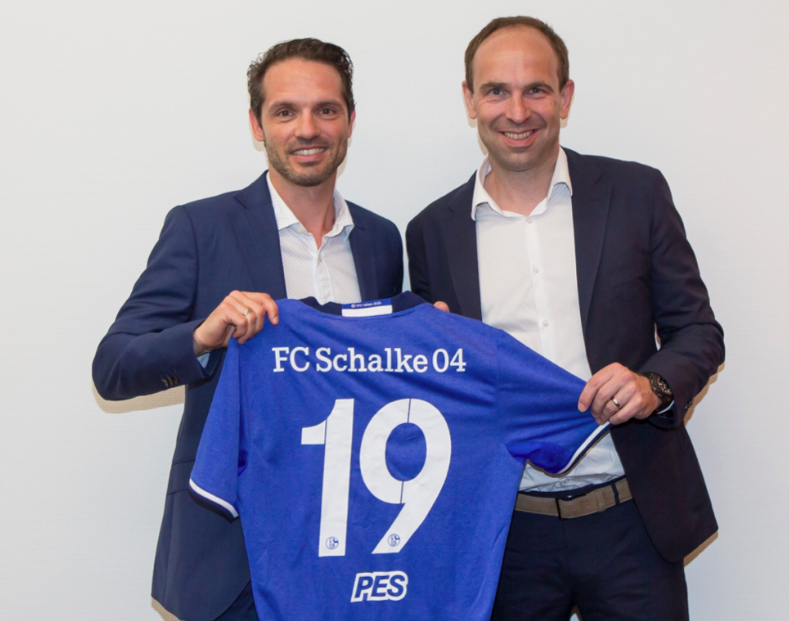 A few days back, we reported that Konami’s Pro Evolution Soccer 2019 game has lost one of its biggest club licenses in the upcoming game in the form of Borussia Dortmund. Back then, we were told that the contract termination was initiated by the German club but no reason was given. Today, me may have an answer to that as Konami has just officially announced a new partnership with FC Schalke 04 – Borussia Dortmund’s Ruhr region rival – forÂ PES 2019.Â

While we aren’t suggesting that a club at Borussia Dortmund’s stature would be so petty as to terminate that agreement for such simple reasons, the timing and the fact that Konami now has an official partnership with their Revierderby rivals speaks volumes. Also, such deals don’t happen overnight moreover considering the official assets that come into play. We’ll let you be the judge.

Through this partnership,Â PES 2019Â will include Schalkeâ€™s official club uniform and the team’s home stadium â€˜VELTINS-Arenaâ€™. The game will also visualize Schalkeâ€™s famous charcoal grey tunnel from where the players emerge onto the pitch – just like how the game replicated the ‘This Is Anfield’ entrance for Liverpool’s Anfield Stadium in the same game.Â  Just like any team with official license agreement with Konami in the past, VELTINS-Arena has been fully 3D scanned and will give gamers the experience of a real match day atmosphere.

â€œWe are thrilled to welcome FC Schalke 04 to the KONAMI family,â€ said Jonas Lygaard, Senior Director for Brand and Business Development atÂ Konami Digital Entertainment B.V.Â â€œSchalke is an ambitious club both on and off the pitch, and it is the perfect club to add to our roster of partnerships. Weâ€™re delighted to partner with such fellow eSports aficionados and look forward to them competing in our eSports tournaments and working alongside us as we help expand the industry, taking football gaming to new fans.â€

PES 2019Â will be available onÂ PlayStation 4, Xbox One and PC via SteamÂ on August 28thÂ in the Americas and August 30thÂ globally. For more info on all the available versions, check out our report of them here.Â