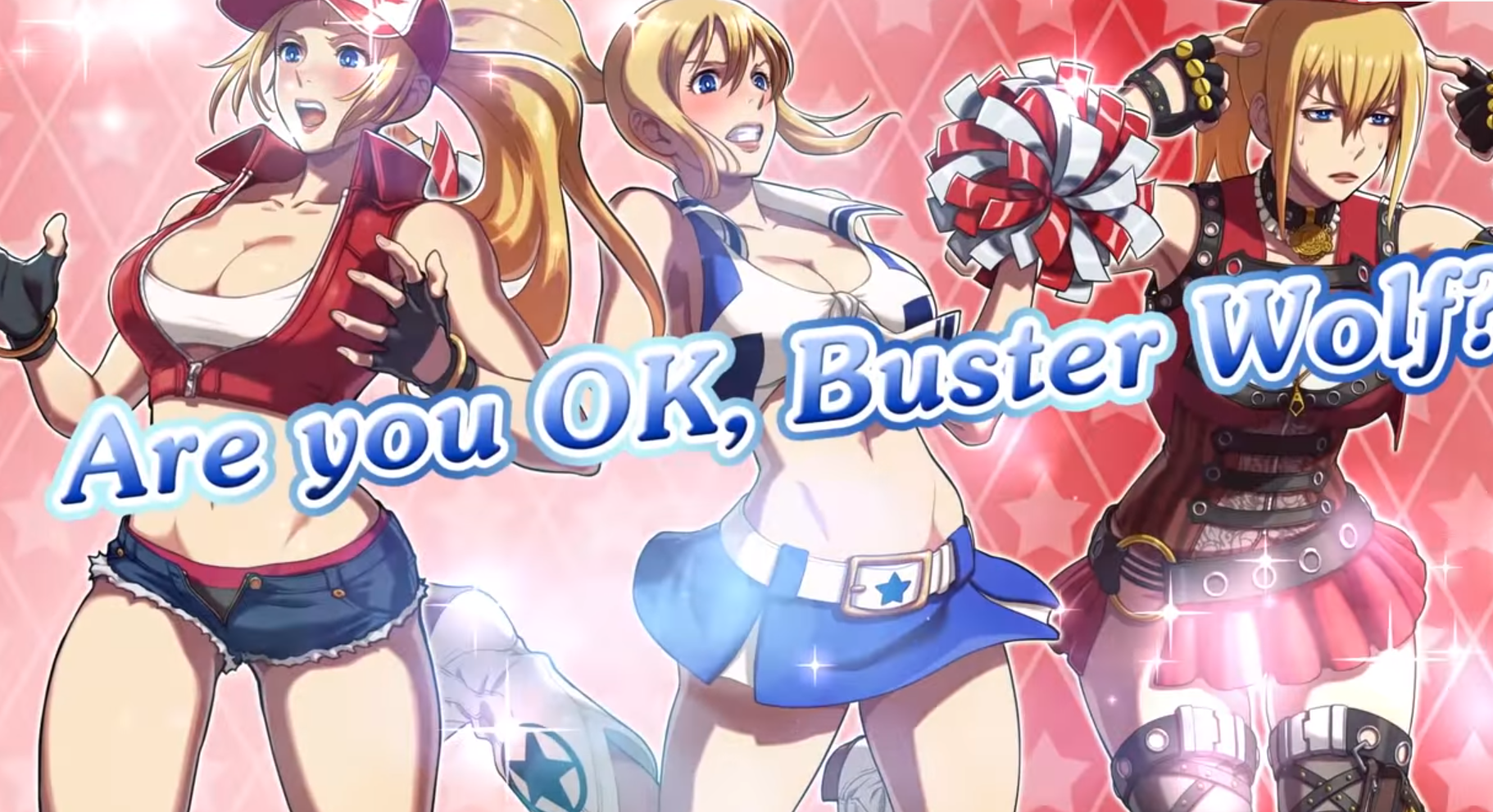 We really have no words for this. SNK revealed one more new character in their casual-savvy tag-team fighting game SNK Heroines Tag Team Frenzy. And it’s a gender-swapped version of Terry Bogard, arguably SNK’s most recognizable mascot next to Iori, Marco, and Haohmaru.

The trailer below shows off his moves, ranging from his Buster Wolf to his Power Waves. The “engrish” is still there but now in a deeper female voice.

Story-wise, the guy who is capturing all of these KOF ladies (and guy) probably has magical powers to perform a sex change on our favourite cap-wearing pugilist. It’ll be interesting to see the full explanation for this turn of events.

Funny thing is, this isn’t the first time they’ve attempted this. In SNK Gal Fighters, players had to deal with a cross-dressing Iori as a final boss.

If you remember SNK vs Capcom SVC Chaos, Darkstalker’s Demitri also brought in his Midnight Bliss where he transforms male fighters into women before sucking them dry of their blood.

If we’ve missed out on other egregious examples, let us know.

The New Black Widow Gets The Hot Toys Treatment