Courtesy of Disney+ Hotstar, we were lucky enough to participate in an Andor press conference joined by the cast and crew of the upcoming Star Wars series. One of the biggest topics that they discussed was how relevant the story of Andor is, despite being a prequel spinoff to 2016’s Rogue One A Star Wars Story.

And for me, it’s quite relevant today to tell the story of what needs to happen for a revolutionary to emerge, to exist, to come to live, you know. What gives meaning in the life of someone to be willing to sacrifice everything for a cause, you know? What needs to happen? That that journey matters to me. And the character says stuff that it haunts me in Rogue One. You know that he started to fight since he was six years old. What does that mean, exactly? You know, why a six-year-old would miss his childhood and start a fight?

That, to me, is really interesting to know. He talks about a dark past. He talks about doing terrible stuff for the Rebellion. What is he referring to? I think that story matters. That story is interesting. And there is a lot of material there for us to play. So I was really excited to be able to go into that journey and give those answers you know? 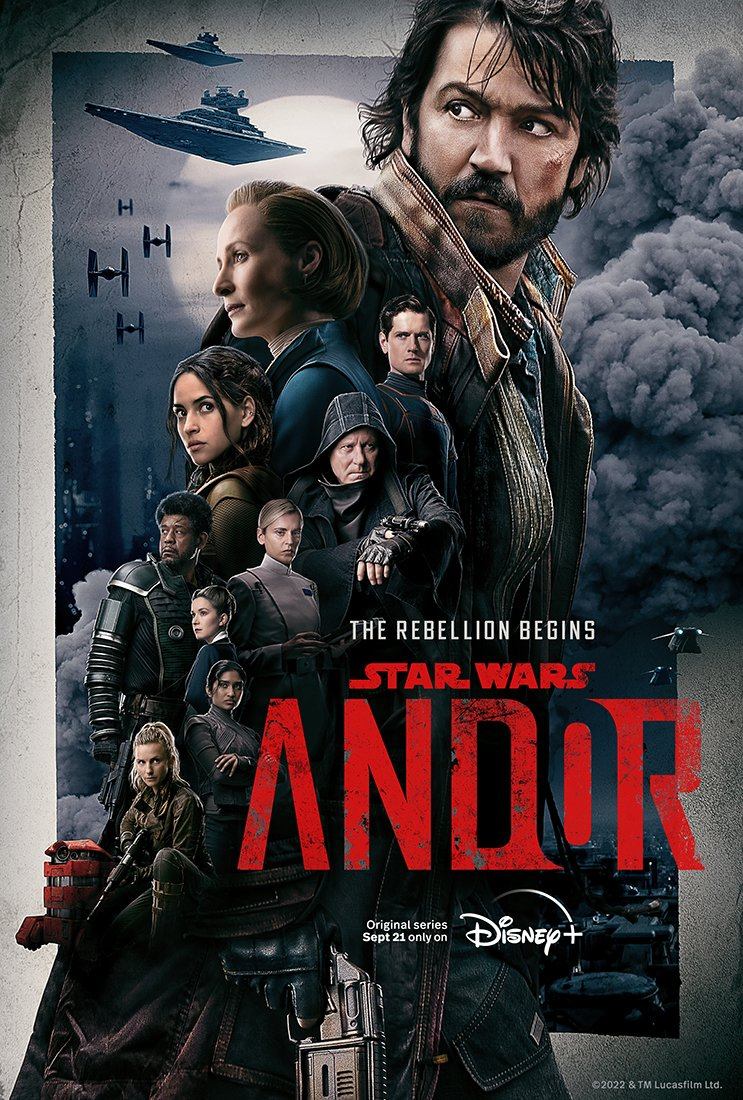 Andor showrunner Tony Gilroy also chipped in, and he said:

And I know it’s not a monolithic community. There’s many different version and factions within it, but there’s this huge dedicated Star Wars community that shows up. And that’s our whole card. That’s what gave us the money and the momentum and the ability to make a show that’s this insanely big, I mean, this abundant and this difficult to make. That audience is our primary concern, and we want to bring something to them that is a completely different lane than what they’ve had before, but we’re doing it in a completely uncynical fashion.

Their partner, their boss, their girlfriend, their boyfriend, their mother, their father. A lot of people that are Star Wars adjacent or Star Wars averse. And [LAUGH] you should be able to watch our show. Our show is designed that this could be your entry point to Star Wars. You could watch our 24 episodes, that could be your way in. We’re doing a show that does not require any prior knowledge whatsoever to get involved. And our hope is, you know, I mean that’s the gamble. Can we satisfy and electrify and excite the dedicated fans?

And can we at the same time bring something that’s so intense emotionally and seems so true and is the smallest domestic dramas and the smallest interpersonal relationships that are dropped down in the midst of the epic tectonic revolutionary historical moments where people have to make huge decisions? Can we attract another audience that’s interested in that as well? Can we marry those two things together? That’s the gamble. That’s what we’re trying to do and that’s why we’re here.

The first three episodes of Andor are slated to premiere on 21 September 2022.

News
We're Getting Octopath Traveler For PC This June

Last year's nominee for best RPG and winner of best OST on the game awards that matter in Southeast Asia is getting a PC release. And we won't have to...

Publisher Electronic Arts and developer DICE have announced that they will release a new Battlefield for consoles and PC in holiday 2021 as well as a ...