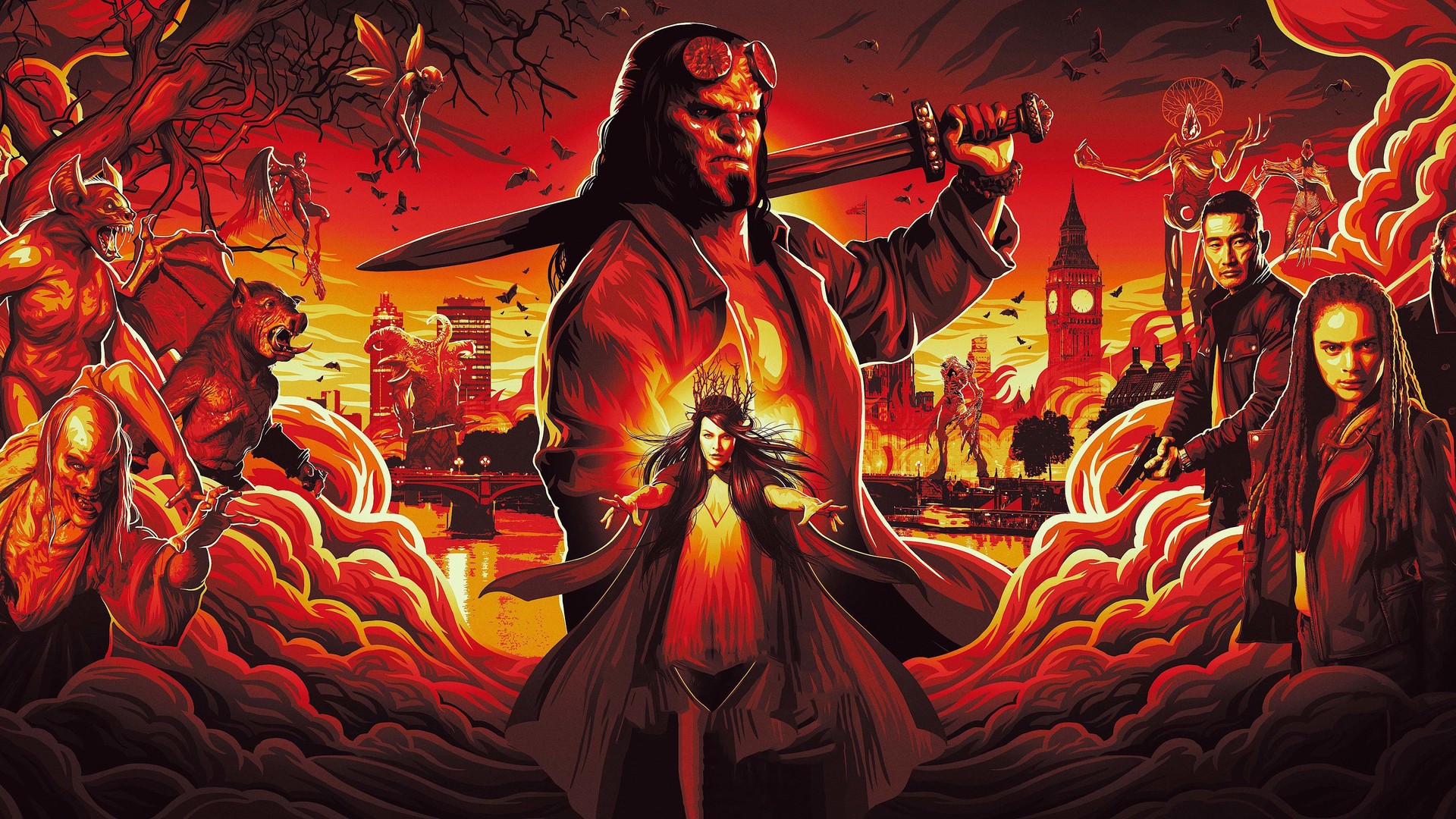 The Hellboy movie reboot in coming out soon. In anticipation of the upcoming movie, let’s revisit the time when Big Red visited Malaysia and fought a Penanggalan. Yes, you read that right, Hellboy in Malaysia.

In the comics, Hellboy has visited many places, from Mexico to Africa, and even the depths of hell, fighting everything from demons to creatures from folklore and legends. One of his earlier adventures actually took him to our little corner of the world, where he came face to face with a creature from local myth.

Mike Mignola, the creator of Hellboy, originally wrote and published the one-shot story ‘The Penanggalan’ in 2004. It was then reprinted as part of a trade paperback collection in 2007’s Hellboy Volume 7: The Troll Witch And Others.

According to Mignola’s own testimony, he first learned of the Penanggalan after reading Bernhardt J. Hurwood’s Passport To The Supernatural, a book about supernatural creatures from cultures and religions all over the world.

To my fellow Malaysians, let’s take pride in the fact that out of hundreds of different supernatural creatures in that book, our Penanggalan is the one that he chose to feature in a Hellboy story.

How awesome is that?

But What The Heck Is A Penanggalan?

Our non-Malaysian readers might not know what a Penanggalan is, so let’s get everyone up to speed. The closest thing to a Penanggalan in western legends would probably a vampire. There are multiple variations of the Penanggalan across Southeast Asia (Indonesia, Thailand, etc.), each with its own unique characteristics.

A Penanggalan is a detached or disembodied female head that flies or floats in midair. If that’s not frightening enough, the one defining grotesque trait of the creature is that its stomach and entrails remain dangling below its head as it flies/floats through the air.

In Malaysian folklore, a woman becomes a Penanggalan when she dabbles in black magic or demonic forces to obtain beauty. Other variations of the myth state that the woman either died during childbirth or broke her pact with demonic forces, resulting in a curse.

During the day, a Penanggalan looks like a normal human being. At night, its head will detach from its body and search for fresh blood to drink. Its victims are often young women, children, or pregnant women who are giving birth.

Now that you know what a Penanggalan is, it’s time to finally check out Hellboy‘s adventure in Malaysia.

The story begins with Hellboy arriving in Malaysia. The year was 1958, just one year after the country gained independence. He came to investigate reports of a creature called the Penanggalan from a friend of his.

What’s interesting here is that Mignola chose to incorporate one of the (frankly) sillier takes on the Penanggalan’s origins, where the woman becomes a Penanggalan after being “startled by a strange man and accidentally kicked her own head off.” Hellboy even remarks on how stupid that sounds.

A Bomoh is a local witch doctor or shaman who has knowledge of the arcane arts and the supernatural. In Hellboy‘s world, the last Bomoh is dead when in reality, Bomohs still exist in the seedy underbelly of Malaysia.

That’s the reason why Big Red is in Malaysia; to hunt down the Penanggalan. Mignola does misspell Bomoh as Bomah, but I guess that’s forgivable assuming his only point of reference comes from a book that was written by a non-Malaysian.

Mignola must have done his research well because that traditional Malay kampung (village) house looks pretty authentic. It just goes to show how much of an artistic genius Mignola is.

Hellboy follows the girl at the beginning of the comic to a cave when it turns out that she was the Penanggalan all along.

Hellboy gets entangled by the Penanggalan’s entrails but manages to drag her outside of the cave, where the new dawn is just breaking. The Penanggalan disintegrates into dust because it can’t survive in direct sunlight during the day without being reattached to its body.

If the bat-wrestler from the Hellboy in Mexico comic book could be in the new movie (it was in glimpsed in the trailer), why can’t our very own Penanggalan be making an appearance?

Hellboy is slated to release on 11 April 2019. In the meantime, check out my breakdown of the first and second trailers for all the confirmed easter eggs and references.

[…] In the meantime, check out our Hellboy review here, or that one time Hellboy visited Malaysia here. […]