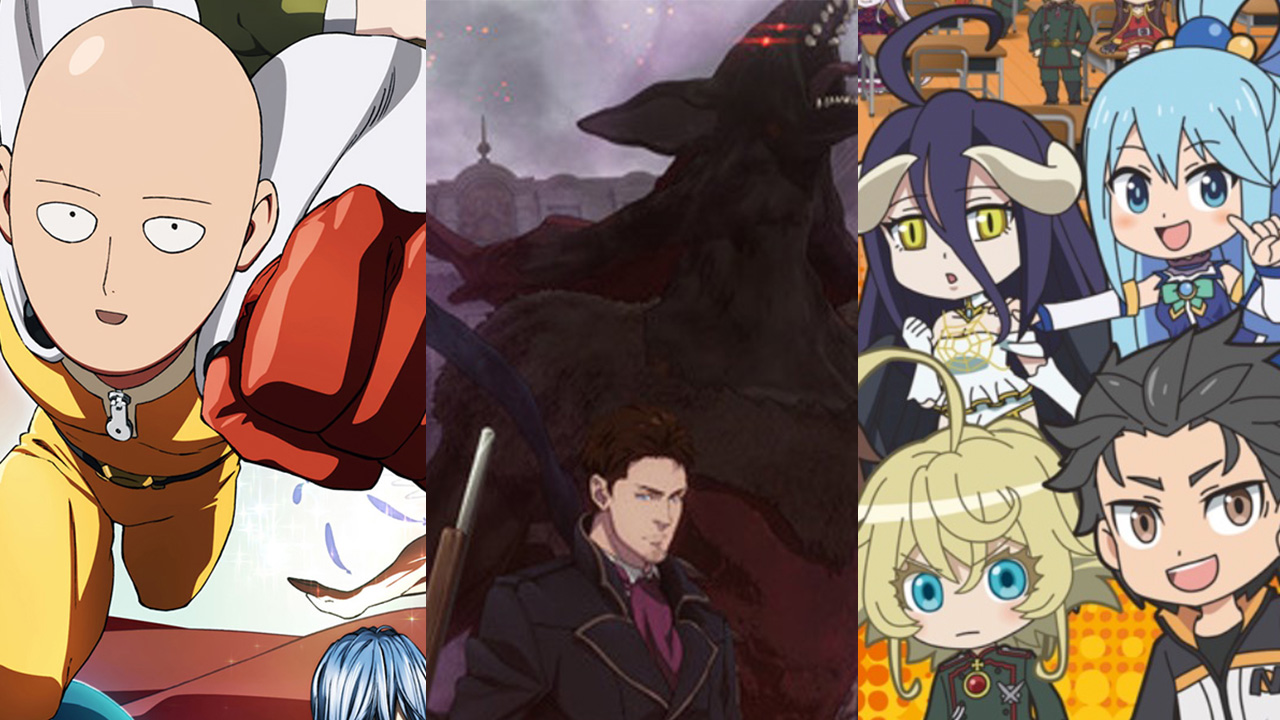 Spring 2019 has just begun and with it a ton of new anime to watch. Sure, ongoing shows are always around, but there’s no harm in taking a break from Sword Art Online to check out something new.

For spring, you can expect big productions from renowned studios as always, but we’ve also picked out several from under the radar that may end up surprising you. With that in mind, here is a list of the top anime of Spring 2019 that you should watch.

The invincible Saitama finally makes his return after a four-year long hiatus – quite the wait for fans of the excellent first season. Heâ€™s still the same B-class superhero who struggles with boredom on a day-to-day basis, all because he trained and got too strong for his own good.

While the usual monsters show up to ruin the day, this season is spicing things up with the appearance of a self-styled Hero Hunter named Garou. This is someone who has gone undefeated against even well-established heroes, which begs the question: will Saitama finally find a match to get even a little bit of his blood pumping?

The second season is being helmed by J.C. Staff, an entirely different animation studio from what was originally Madhouse’s work, so itâ€™s no wonder that fans are apprehensive about how the biggest shounen hit of 2015 will fare this time. Only one way to find out, right?

The “isekai of isekais” is one way to describe this show. Characters from popular isekai anime shows such as Overlord, Kono Subarashii Sekai ni Shukufufu wo!, and RE: Zero are returning in a light-hearted crossover of comedic proportions.

The story sees them getting transported (yet again) to a world where they all meet and interact with one another. If youâ€™re a fan of these shows, you might have fun seeing the clash in personalities between evil, cute, and dorky people alike. With cute chibi-like artwork to top it all off, this showâ€™s bound to give you a good time.

If you were around to watch the original shoujo hit, Fruits Basket, donâ€™t be alarmed when you find out that the show first aired roughly 20 years ago. In any case, Fruits Basket is now back and set to be a newly updated adaptation of the story for the modern audience.

It begins with the tragic death of Tohru Hondaâ€™s mother in a car accident. Being left all alone, a popular classmate of hers picks her up to stay at his home of the Soma clan. It doesnâ€™t take long before she learns that whenever the twelve members of the Soma family come into contact with a person of the opposite sex, they turn into animals from the Chinese Zodiac.

Expect plenty of laughter in the episodes to come, but also heart-warming moments as Tohru eventually sets out to break the clanâ€™s curse and discover love in the process.

A poor fellow gets himself killed in a traffic accident in modern day Japan and finds himself transported to another world. You know the story at this point, but what you may find interesting is that he gets reincarnated as a baby!

Named Shin, the young boy grows up in a fantasy world and is taught to wield magic by his grandfather. After fifteen years, he then enrols in magical academy so that he can learn more about the new world heâ€™s found himself in.

This is your run-of-the-mill isekai story and probably nothing to fuss over, but if thereâ€™s one aspect that shows promise, itâ€™s in the animation department.

Are you a fan of good music? Because Studio Bones has something special prepped for you to celebrate their 20th anniversary.

From the talented creator behind Cowboy Bebop, Shinichiro Watanabe, Carole & Tuesday is a story about two girls that come from different worlds.

Carole makes do with what she gets from her part-time job, while Tuesday experiences the privilege but consequent loneliness of her wealthy heritage. If thereâ€™s one thing that these girls have in common, though, itâ€™s their dream of becoming musicians. And itâ€™s when they both meet that the wheels get set into motion.

Set in a futuristic city on the planet Mars, Carole & Tuesday is also a sci-fi anime, but one that simply sets out to be an evocative tale about finding oneâ€™s place in the world, even when that world is ruled by technologies such as artificial intelligence.

And if youâ€™re wondering about the music, a number of talented and diverse composers have already been announced for the show, including the likes of Flying Lotus, Thundercat, and more. If nothing else, this show is definitely going all out on the songs.

Following the death of his parents, Tanjirou works hard to support his family through difficult times. Though the folk live humble and honest lives, Tanjirou soon finds his entire family slaughtered by demons.

Amidst this tragedy is one survivor, his sister, who has been turned into a flesh-craving demon. This story follows his ensuing struggles as he battles demons in an attempt to find a cure to her ailment.

Itâ€™s a gripping premise thatâ€™s only further enhanced by the high production values of Studio ufotable. Expect beautiful and high-octane action scenes in the episodes to come. Itâ€™ll certainly be a treat for the eyes.

However, he ends up finding them in a delinquent young boy and a girl who is exceptionally talented at the koto. Though the three may argue and disagree, they share a common desire to play at the Koto Nationals competition.

If youâ€™re looking for a high school drama, this is certainly one to look out for. It helps that this story is focused on music, which isnâ€™t too common in anime.

Get ready for fantasy warfare with Fairy Gone, a story about humans with the ability to summon fairies in battle. Itâ€™s an ability made possible by transplanting the organs of animals possessed by fairies into humans and provides the user with access to various supernatural abilities.

The story follows Mariya, a member of a fairy-related police force called Dorothea. Set nine years after the Great War, criminals bearing lingering pains from that time begin to commit acts of terrorism.

This is an original show by P.A. Works that explores the traumas of a post-war world. The twist, however, is that many of these characters are also using living weapons to do some serious damage in battle. Itâ€™s an interesting moral setup thatâ€™s further accentuated by a distinct art style.

All The Games At Tokyo Game Show 2020