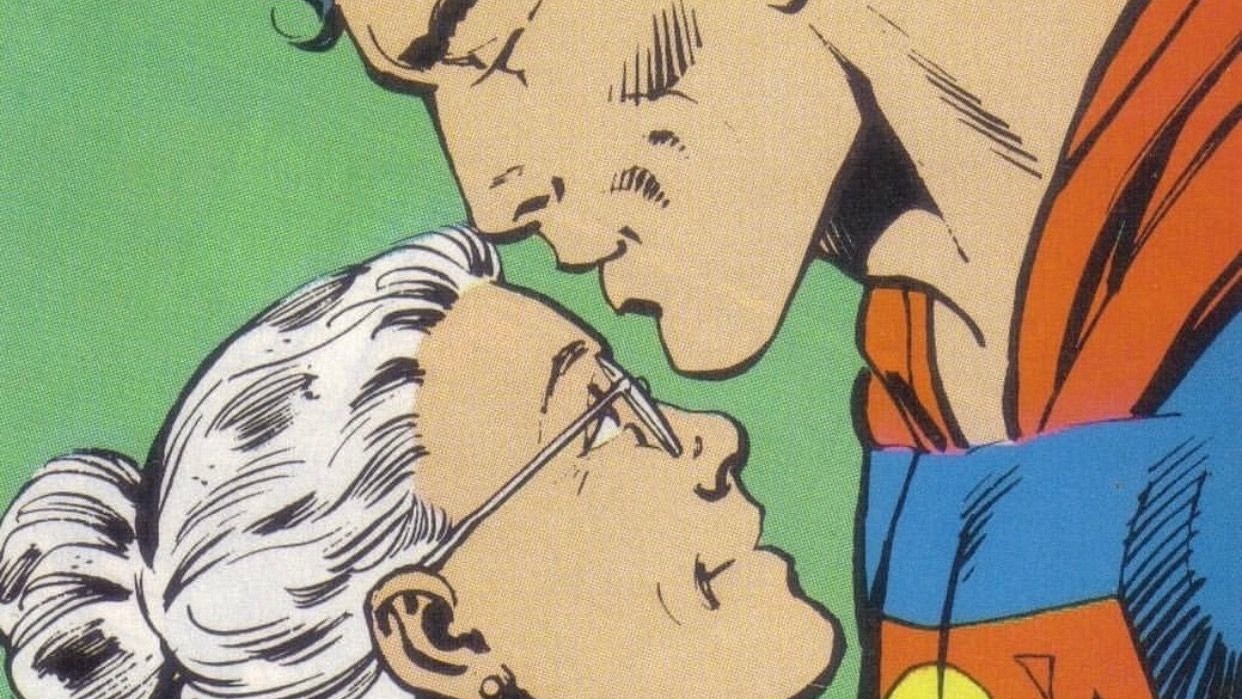 It’s that time of the year again, where we celebrate our mothers, who carried us for nine months, gave birth and raised us to be the men and women we are today. We owe it all to their love, they are our superheroes.

In comics, mothers are often overlooked by the simple fact that the overwhelming majority of superheroes or comic book character are males. There are plenty of father figures, but mother figures usually aren’t given the same attention.

In celebration of Mother’s Day 2019, here are several of the best mothers (or mother figures) in comics.

The most recent mother on this list, Jessica only became a mother in 2015’s Spider-Woman Volume 6 #1, the cover of which featured her not only pregnant but with a cool new costume as well. She has since given birth to her son, Gerald ‘Gerry’ Drew.

To this day, we still don’t know who the father is, but that’s not important. Jessica’s development as a mother has helped made her a more powerful and relatable character, as she raises her son with the help of former villain Roger Gocking AKA Porcupine.

It’s a testament to how well-developed they turned out to be that when Roger renounced his villainous ways, seemingly dying in the process when Hobgoblin tried to kill him (he survived), Jessica went on a warpath to save him and I realized that I was actuallyÂ emotionally invested in a Spider-Woman comic.

If you told me just a few years before that comic published that I would shed tears reading a Spider-Woman comic, I would’ve called you crazy, but it did happen, and all because Marvel made Jessica a mother.

Susan Storm AKA Invisible Woman is one of the most powerful mothers not because of her powers, but because without her, Marvel’s First Family AKA the Fantastic Four would have crumbled a long time ago. Even before she met and fell in love with Reed Richards AKA Mr. Fantastic, she was raising her brother, Johnny Storm AKA the Human Torch by herself.

After she married, she basically had to act like the responsible parent most of the times, due to Johnny’s immaturity, Ben Grimm AKA The Thing’s hotheadedness and even her husband’s stubborn obsession with science. When she had two kids later on in the form of Franklin Richards and Valeria Richards (whose godfather is Dr. Doom of all people, things only got more complicated, not to mention all the young members of the Future Foundation.

Susan has had to go against her own husband during events like 2006’s Civil War and 2015’s Time Runs Out, but she has never abandoned her family. She has stayed strong throughout the years, and she has proven her strength time and time again.

The only character on this list not from the Big Two (Marvel and DC Comics), Alana is one of the main protagonists in Image Comics’ Saga, an award-winning epic sci-fi/space opera/fantasy comic book by Brian K. Vaughan and Fiona Staples.

The plot of Saga is narrated from the perspective of Hazel, Alana’s daughter. In fact, the very first issue of Saga features a graphic scene of Alana giving birth to Hazel while cursing at her husband, Marko, and being pursued by both their respective people who are at war with each other. I swear you’ll never find any other comic book like Saga.

What happens next is basically Alana and Marko on the run throughout the galaxy while raising and keeping their daughter out of harm’s way. Alana is a soldier, so she’s quite capable of defending herself and her family from anyone and everyone in their way.

I know what you’re thinking, May Parker isn’t technically a mother, but she raised Peter Parker practically on her own after the death of Uncle Ben. Uncle Ben may have taught Peter of the responsibility that comes with having powers, but Aunt May was the one who kept him going.

I hate to bring up one of the worst Spider-Man storylines, but One More Day was a testament to how much Aunt May means to Peter. He made a deal with Mephisto to save his aunt’s life, at the cost of his marriage to (and a future family with) Mary Jane.

More recently in Friendly Neighborhood Spider-Man #5, Peter discovered that Aunt May was diagnosed with cancer, and this almost broke him, to see the strongest person he knows to be in that state.

I know how much of a joke the name Martha has been since 2016’s Batman V Superman: Dawn of Justice, but it’s undeniable how much of an influence Martha Kent is to Clark Kent AKA Kal-El AKA Superman. Anyone who has read Grant Morrison’s classic comic book All-Star Superman will understand what I mean.

That famous one page consisting of four panels with four simple captions, all of which perfectly encapsulates Superman’s origins and essential parts of what makes him the Man of Steel. One of those is “Kindly Couple”, referring to Superman’s human parents, Jonathan and Martha Kent.

Comics like All-Star Superman pushes the notion of how important upbringing is in making Superman the humble, kind, righteous and self-sacrificing hero we all know and love. On the other hand, comics like Mark Millarâ€™s Superman: Red Son shows how different Superman would turn out to be if he was raised by, for instance, communists in the Soviet Union.

Those are just five of my choice for best mothers in comics. What do you think? Did I miss anyone? Feel free to comment below.

You Can Already Pre-Load The Marvel's Avengers Beta On PS4