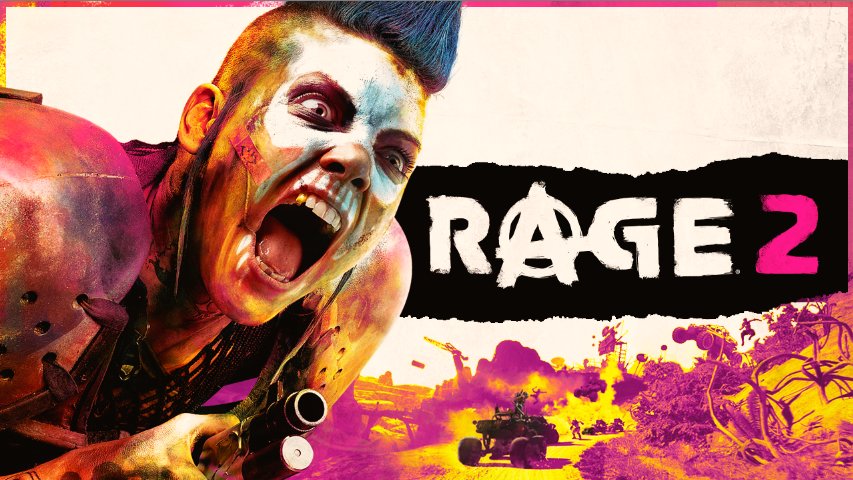 This guide is still in development, since the game is new & all…

We had a blast with Id Software and Avalanche Studios’ Rage 2. Its combat is fun, frenetic, and action-packed thanks to the game’s weaponry and Ranger powers.

To maximize your fun with this first-person shooter, here are a few tips and guides to sort you out through the week. Between this and that one depressing game about rats & plagues, we’re sure you want to get your shooter jollies sorted, right?

Rage 2 is fun, but if you really want to get your adrenaline pumping, put the game on Hard. Normal difficulty is fine and all, but a game like Rage 2 with its toolsets and weaponry requires worthy hard-hitting adversaries to make victory all the sweeter.

So crank up that difficulty once you get your favourite powers & weapon loadout, and let ‘er rip.

We still wonder how this weird control scheme got past PC QA testers. If you’re playing on mouse & keyboard (it’s an FPS, so of course), the default controls map the ability selection to Left Control.

By that, you can already tell that holding Left Control and pressing another key is too troublesome considering you need to have your fingers close to the WASD keys. Just remap it to the middle mouse button or somewhere convenient.

Hail Your Car If It’s Destroyed Or Missing

It only costs you $10 to summon your car. Do it if you’re too lazy to get it or if you end up off-course when fighting.

Power Up Your Combat Shotgun

You’ll get the combat shotgun early in the game, and it’s a beast up-close and even mid-range if you see ledges & cliffs you can push enemies to. Do power it up with nanotrites and weapon mods when you can so that you have a lovely quick-reloading rapid-firing powerful boomstick to rely on when enemies get a bit too close.

Upgrade Your Damage At The Wellspring Cyber Doctor

Once you unlock Wellspring, you’ll gain access to permanent character buffs by trading in rare resources in-game. You get to buff your Health, Overdrive, and Damage, but which one is the best?

Damage, of course. Your Health and Overdrive can be improved upon in the Projects menu via damage resistance & Overdrive perks, so it’s best to increase your universal damage output above everything else. Pretty soon, crowd control isn’t tough to manage even if you just have a pistol.

Get The Grenade Tennis Perk In The Kill & Destroy Projects Menu

Unlock this powerup as soon as you get your first few Project Points and once you unlock all three factions and their project-buffing side missions. Bandits in this game toss way too many grenades and it’s easy to accidentally die via AoEs.

Unlocking a perk that allows you to melee grenades thrown at you is a great counter to these deterrents. Upgrade the trees to this perk -Smash Grenade Tennis and Topspin Grenade Tennis- for more fun.

Rage 2 does a poor job of explaining high crafting tiers for side items like Health Infusions and Wingsticks. One would think that you need nanotrites and feltrites to upgrade them, but nope, that’s too easy. Instead, you need to buy schematics from vendors.

So do save up some money from your raids, buy them from vendors from either trade towns or passerby caravans, and voila: new item tier unlocked!

Take Your Time With The Campaign

Prioritize your search for Arks so that you can power up your Ranger to do all that stuff you see in the trailers. Besides, driving around the wasteland, exploring and salvaging, and ambushing every single bandit encampment and Authority sentry tower with your weaponry and skills is the entire point of Rage 2. Why rush things?

All The Games From Nintendo Indie World Showcase August 2021