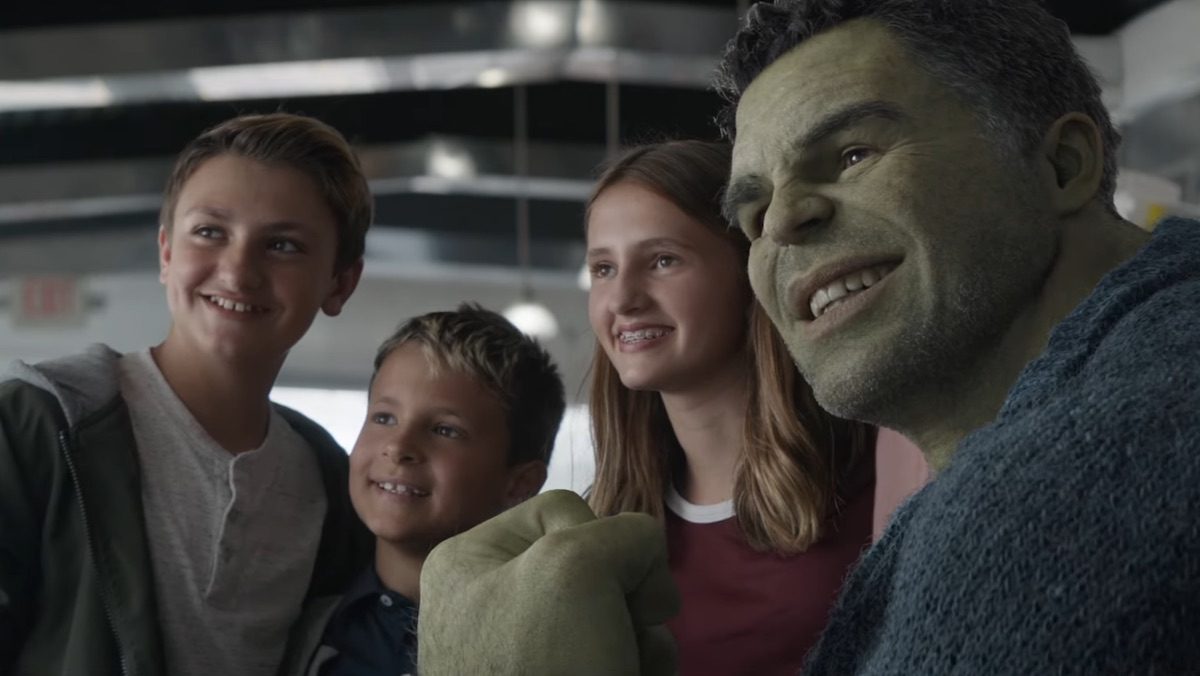 Avengers Endgame is filled with incredible visual effects, which took a lot of manpower and resources to bring to life. Industrial Light and Magic is one of several visual effects companies that worked on the movie, including the Quantum Realm, aspects of the climactic final battle, and more.

However, according to VFX supervisor Russell Earl (via io9), the hardest challenge for them was none of the above. Instead, it was the relatively lowkey effect of Professor Hulk or Smart Hulk. How did they start bringing this version of the Hulk to life?

The team began by showing Marvel Studios and the Russo Brothers footage of a Spotlight interview featuring Mark Ruffalo, to show them how that performance and temperament will be channeled into Professor Hulk.

â€œOnce we did the test we sent it down and [the filmmakers] were like â€˜This is great,â€™

[Ruffalo] doesnâ€™t have to overact or make the performance too big…We can get that very subtle performance and strive to be that mix of Mark and Hulk.â€™â€

When real work began, the team encountered a problem, in which their usual digital tool was not working well enough. They had to resort to using Disney Research’s Anyma digital tool, which is used capturing body and facial motions during voice recording sessions on animated films.

Russell’s team also had to add 10 outfits for the character, each of which required extensive adjustments in every scene just to accommodate a particular outfit. Also, can anyone imagine Professor Hulk without glasses? That almost happened, since the team had to keep adding and removing it.

â€œHis glasses were a little bit of a later addition as well. He had them and then he didnâ€™t have them and then it came back to having glasses. Obviously, everything is challenging but I think it had the largest impact in the lighting and eyelines.

Sometimes we just had to go back and do a little bit of relighting or add a little extra balance or knock down some of the shadowing so that the animation still had the same read.â€

[…] What Ng and her team had to do was remove Mark Ruffalo in the mo-cap suit from the scene, so that the animation team could insert Professor Hulk in his place. According to Ng, that was the most challenging part of working in Avengers Endgame, which is actually echoed by the animation team here. […]