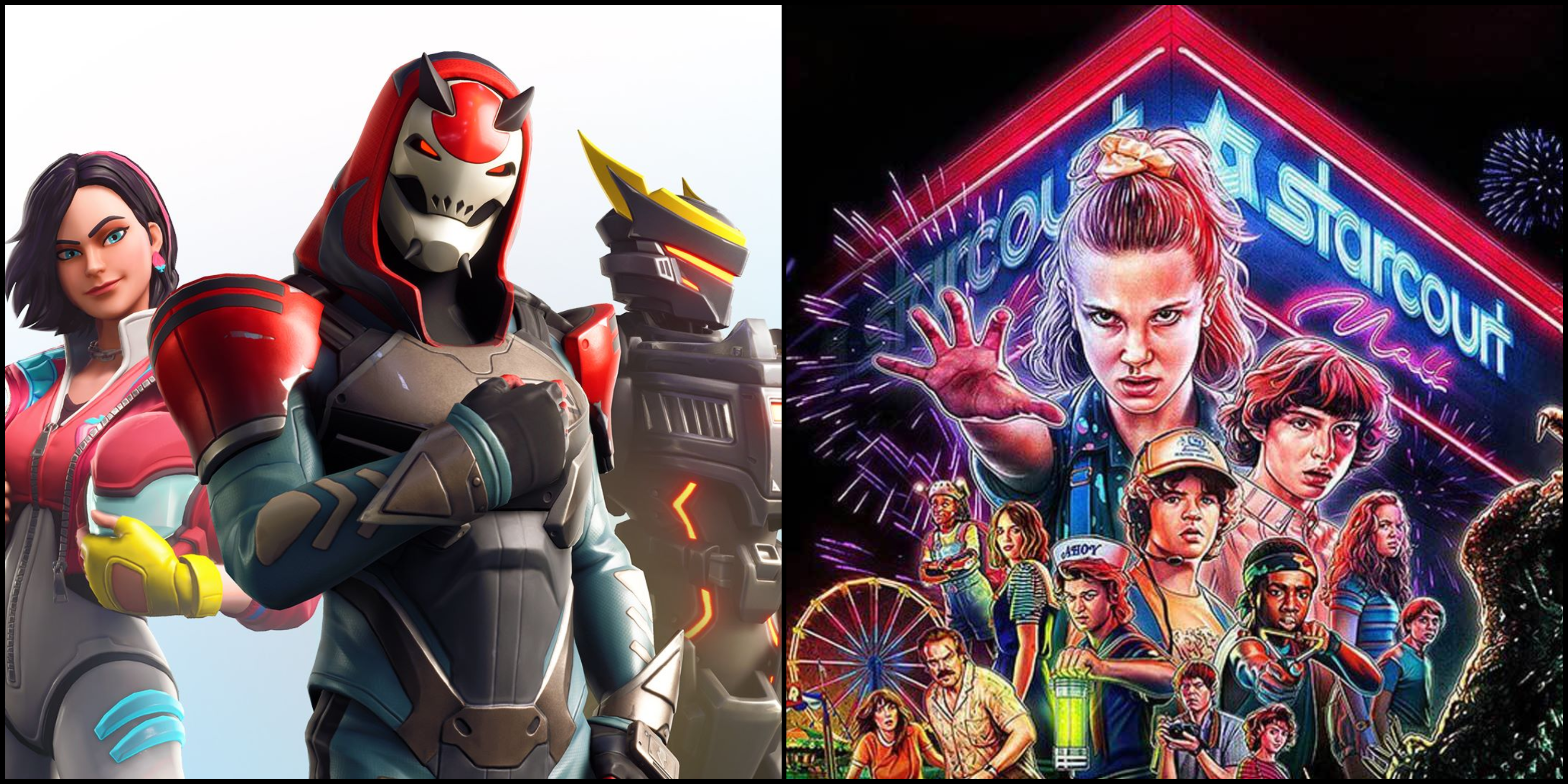 If you play Fortnite, you’ll notice that recently there are these weird root-like doors around the Mega Mall area. Well those are actually inter-dimensional Gates which lead to a place called the Upside Down.

Yes, there’s a partnership going on between Fortnite and Stranger Things.

By the way, entering any of the Gates will simply transport you to another part of the mall. Kind of a bummer but then again, the idea of having an entirely different full-size battle royale map would be too big of a game-changer. It’d still be really cool though.

Perhaps Epic Games is showing that they’ve learnt their lesson when it comes to introducing disruptive mechanics in Fortnite. In the past, it was pretty common for the game to receive updates with unbalanced content such as the OP-as-heck Infinity Blade.

There was also that time where they introduced glider redeployment and it invited a lot of criticism especially from the competitive side of Fortnite. The icing on the cake is that both the Infinity Blade and this were introduced back when there was still no proper matchmaking.

New content, balanced or not, were unavoidable for competitive matches. Participants in non-Epic-sponsored tournaments basically had to learn a new meta in days, if not hours.

The Arena Mode, a ranked game mode with matchmaking, was released only a few months ago in Patch 8.20. Prior to this, pros who wanted to go against players of similar skill levels would simply gather in a Discord group, press Queue at the same time, and pray to the Fortnite gods. I wish I was joking.

The Fornite World Cup Finals will be happening at the end of this month starting from 26 July 2019 until 28 July 2019. Let’s hope that Epic Games are more prepared this time and won’t repeat the esports blunders they made in the past.

Sonic The Hedgehog Redesigners Shut Down Their Animation Studio

Hey man! I am a fanatic gamer and I am totally down with ya piece you wrote. Keep it real dude!