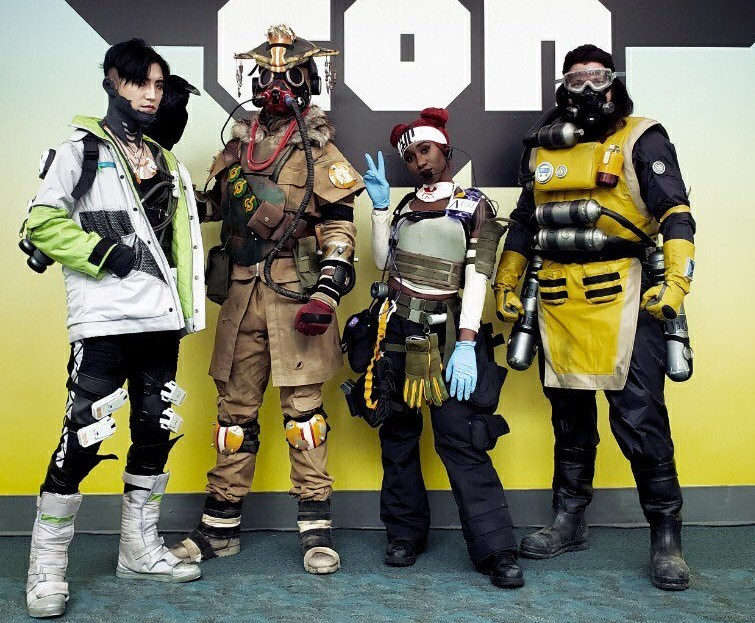 The last day of Twitchcon 2019 is happening today (in U.S. time) and Apex Legends fans have spotted something interesting in the Season 3 promotion event organised by Respawn Entertainment.

A few cosplayers have been hired by the company to portray familiar Legends Bloodhound, Lifeline, and Caustic plus newcomer Crypto. The Season 3 announcement trailer not only confirmed Crypto joining the roster but also that more weapons from the Titanfall series is coming to Apex Legends.

The cosplayer who’s dressed as Caustic was seen carrying around a gun that hasn’t yet appeared in Apex Legends and it’s also another weapon Titanfall fans are familiar with: the CAR SMG or simply C.A.R. in Titanfall 2. See for yourself:

In the Season 3 trailer, we saw Crypto using a Charge Rifle and now there’s this. It’s quite possible that the leak about more Titanfall weapons coming to Apex Legends might all turn out to be true.