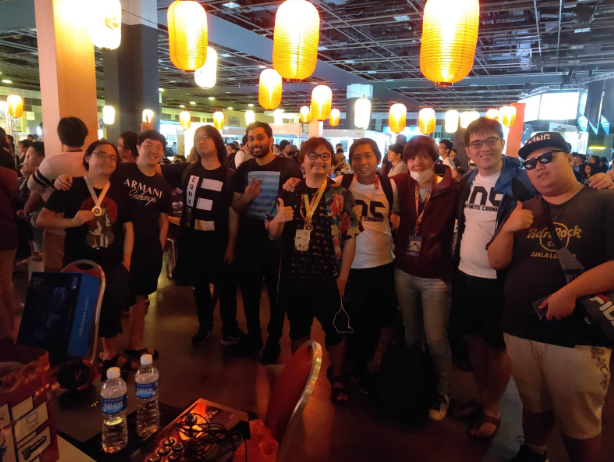 As a member of the Malaysian fighting game community for almost the past decade now, it seems like weâ€™ve always acknowledged that SEAM is the biggest, most important annual fighting game tournament in our region.

Whether or not that will actually hold true in years to come remains to be seen, especially given the massive spectacle of a fighting game event that was this yearâ€™s REV Major in the Philippines.

But as of this year, SEAM still holds the status of being the most important event in the region due to the fact that it plays host to the Capcom Pro Tour Asia regional finals, the Dragon Ball FighterZ World Tour and the Soul Calibur Asia League Finals (but strangely enough, not the Tekken World Tour).

In part 1, we covered the tournaments that were part of the aforementioned world tours. Now, letâ€™s take a look at the games that made up the more community-driven side of SEAM 2019.

Thereâ€™s not as much to be said about the Tekken tournament that took place at SEAM 2019 given that it was only a Dojo level Tekken World Tour event.

This year, SEAM was already hosting the CPT, the Soul Calibur Asia League and the Dragon Ball FighterZ World Tour, so itâ€™s somewhat understandable if the SEAM organisers had decided not to run a Masters or Challenger level Tekken World Tour event at the same time in order to lessen the organisational and logistical burden.

Having said that, we canâ€™t be entirely sure if thatâ€™s the only reason why Tekken was a much smaller component of SEAM this year, so weâ€™re really just speculating.

In any case, the status of only being a Dojo 32 tournament meant that this was almost the opposite of the SFV tournament – pretty much all the top players from the Asia-Pacific were absent, but this also meant that the SEA players that did show up were given their chance to shine.

This tournament received understandably less attention due to the lack of top international players on show, but full credit should go to our top 4 finishers: Lan94 from Singapore, Madrush from Malaysia, Sidestep Lance from the Philippines, and CJB_Medan from Indonesia. Itâ€™s always a pleasure to see our SEA representatives shine when given the opportunity and having 4 different nationalities represented in the top 4 made for the best show and competition possible given the circumstances.

If anything, itâ€™s a testament to the quiet dedication and passion of the FGC in each of these SEA countries, honing their skills and competing for little more than the love of the game. And thatâ€™s what fighting games are really about.

Speaking of playing for the love of the game, letâ€™s move on to the anime side of things. SEAM wasnâ€™t part of the ArcREVO world tour, which meant that all of the anime games at SEAM besides Dragon Ball FighterZ were stand-alone, community-driven tournaments. And yet, we still had some big names turn up for them.

First of all, letâ€™s talk about Guilty Gear. Kazunoko entered, as did Samitto – the Chipp god, and a bunch of other high-level Japanese players. Very few of them are as famous as your Daigoâ€™s and Tokidoâ€™s, but it doesnâ€™t matter because they never played GG for fame. As the GG fans have been singing out loud since GG2020 was announced: “we already know the smell of the game”.

Top 8 was dominated by Japanese players, save for a Singaporean Ramlethal player known as Tinkle who managed to do SEA proud by clawing his way to 7th place. As top 8 progressed, Shunâ€™s Baiken was the crowd favourite, but he was eventually beaten out by Samitto who refused to be denied his runback with Kazunoko in grand finals. And what a runback it was.

Samitto was clearly tired of the Kazunoko show that had been playing on the SEAM stage all weekend, and he put an end to it quickly. 3-0 to reset the bracket, and then 3-1 to win the tournament, eliciting joy and hype from the GG community that was in attendance.

And then it was time. The GG community gathered front in centre as Arc System Works came on stage for their presentation. We were about to get the latest trailer for Guilty Gear 2020 live and in person. The Axl trailer rolled, the music played, and the community rocked out.

The lyrics of the GG2020 theme song rang throughout the venue, the GG players singing, Tasty Steve leading the crowd. It lasted for about 30 seconds, but it was almost the best 30 seconds of the entire event.

Moving on to BBTAG, this was a game that the local players did pretty well in. Fenritti and Noble represented Japan in 1st and 2nd place respectively, but Snowdrop was the first player from Singapore to crack top 3 in one of the anime games at SEAM 2019, taking 3rd place home for the local community.

Then we had Under Night: In-Birth (or UNIST for short) – a tournament which displayed the full strength of the Singaporean anime games community as Seo, Tinkle, Asher, and Baowen (Enkido Hyde) took up the entirety of the top 4, shutting out the visiting competitors from Malaysia, Thailand, Australia, and the Philippines.

Even after going 0-2 myself, I couldnâ€™t wait to get back in the lab and play the game again. Talking to the other members of the anime fighting game community, most people were in agreement – we all canâ€™t wait to run it back when the new version of the game comes out next year.

The EVO runner-up Kazunoko was there, so you know we had to get at him. SnowDrop and VGD from Singapore fought valiantly to secure top 3 placings for themselves, but Kazunoko proved himself to be in a different class as he cruised through winners finals and grand finals without losing a single game.

Itâ€™s interesting how Samurai Shodown was run in a way that made it the furthest to the side out of all the side tournaments at SEAM, even if it was technically one of the official games on the line-up.

There were multiple pools for Samurai Shodown, but only 2 set-ups, And rather than the pools being run sequentially at the scheduled times (as is usually done for tournament pools), players just dropped in and out to play their matches whenever they werenâ€™t occupied with other games.

I suppose that really just reflects how most SamSho players engage with the game. Even Kazunoko seemed to be more preoccupied with Guilty Gear and Dragonball FighterZ.

But then again, thatâ€™s also part of the beauty of Samurai Shodown. Itâ€™s a very fun game with deep mechanics, and perhaps the best thing about it is that you donâ€™t need to put in an enormous amount of dedication or focus to enjoy it, as long as you already have an appreciation for fighting games in general.

There was a Marvel tournament at SEAM 2019? Yes, there was, thank you for asking.

Although it wasnâ€™t one of the official games at SEAM, the Malaysian and Singaporean division of the fighting game team Infinite Carnage came together to organise Ultimate Marvel Vs Capcom 3 (UMVC3) and Marvel vs Capcom Infinite (MVCI) tournaments which took place on day 2 of SEAM.

UMVC3 had a full 17 man bracket which featured notable players such as Apologyman, ABEGEN, and Horuto. And it was hype.

Huddled around 2 set-ups in the middle of the SEAM tournament area, the Marvel boys created a bigger crowd and generated more excitement around their tournament than any of the matches that were happening for the main games at SEAM.

ABEGEN won 1st place in the UMVC3 tournament, while VGD from Singapore actually managed to upset Apologyman in losers finals to secure 2nd place for himself, relegating Apologyman to 3rd place.

I suppose what Iâ€™d really like to see is more of that: more community efforts to make fighting game tournaments even more special. And more room and support from event organisers to allow the community to play the games they love at events and have fun doing it.

If thereâ€™s one concern that I have with SEAM and the way that major international tournaments have been growing lately, itâ€™s that theyâ€™ve been growing with an increased focus on the esports formula, with events revolving around world tours like the Capcom Pro Tour or the Tekken World Tour.

Thereâ€™s nothing wrong with placing focus on these tours that are organised and supported by the game developers. However, letâ€™s not forget that the community is what makes the FGC and FGC events truly enjoyable.

The esports tours can rightfully take centre stage, but events and the FGC at large would certainly benefit from organisers providing room and a spotlight for community-driven tournaments to thrive, and to showcase the roots of the FGC.

SEAM 2019 was another solid event, and I hope that the community components continue to grow rather than shrink, so that “Southeast Asia’s Premier Fighting Game Event” can continue to be a great event for the entire SEA FGC to attend.

Ranking The Main Resident Evil Games From Best To Worst