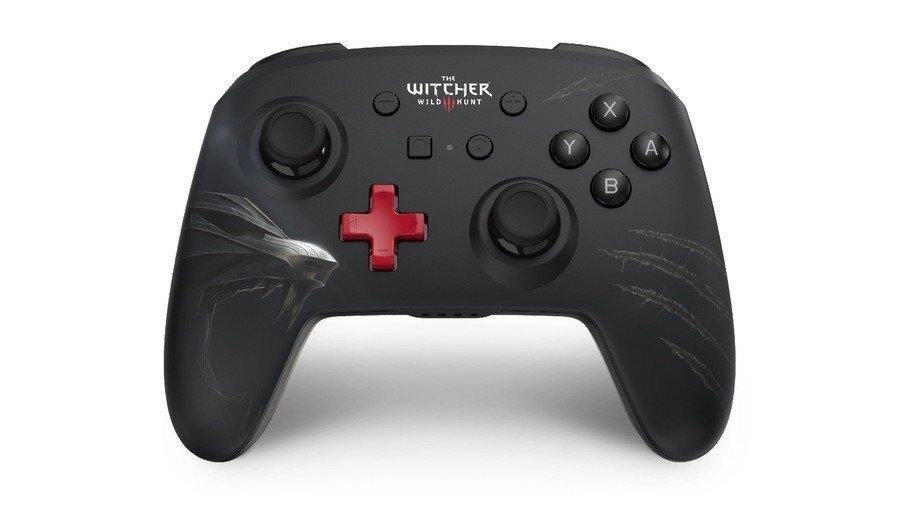 PowerA is a brand well-known for making video game accessories especially for the Nintendo Switch. Not too long ago, they released the Nintendo Switch Overwatch protection case which was leaked way ahead of the game’s Switch version reveal.

In conjunction with the recent release of The Witcher 3: Wild Hunt – Complete Edition for the Switch, PowerA is going to release another one of their “enhanced” wireless controllers and this time it will be Witcher 3-themed.Â  I have to say, it looks pretty damn slick. Check it out:

I imagine most people won’t be comfortable playing a game like The Witcher 3 just using their Joy-Cons, especially in docked mode. So if you’re a big Witcher fan and still haven’t gotten yourself a wireless controller, this might be worth your money. Judging from reviews I’ve read, PowerA controllers are comfortable and reliable but of course, you should do your own homework and judge it yourself.

The controllers aren’t out yet but they are open for pre-orders on the PowerA online store. They cost US$49.99 (~RM210) each.

[Report] Halo Infinite Is Getting A Battle Royale Mode

The Prince Of Persia Remake Is Still In Development, Confirms Ubisoft