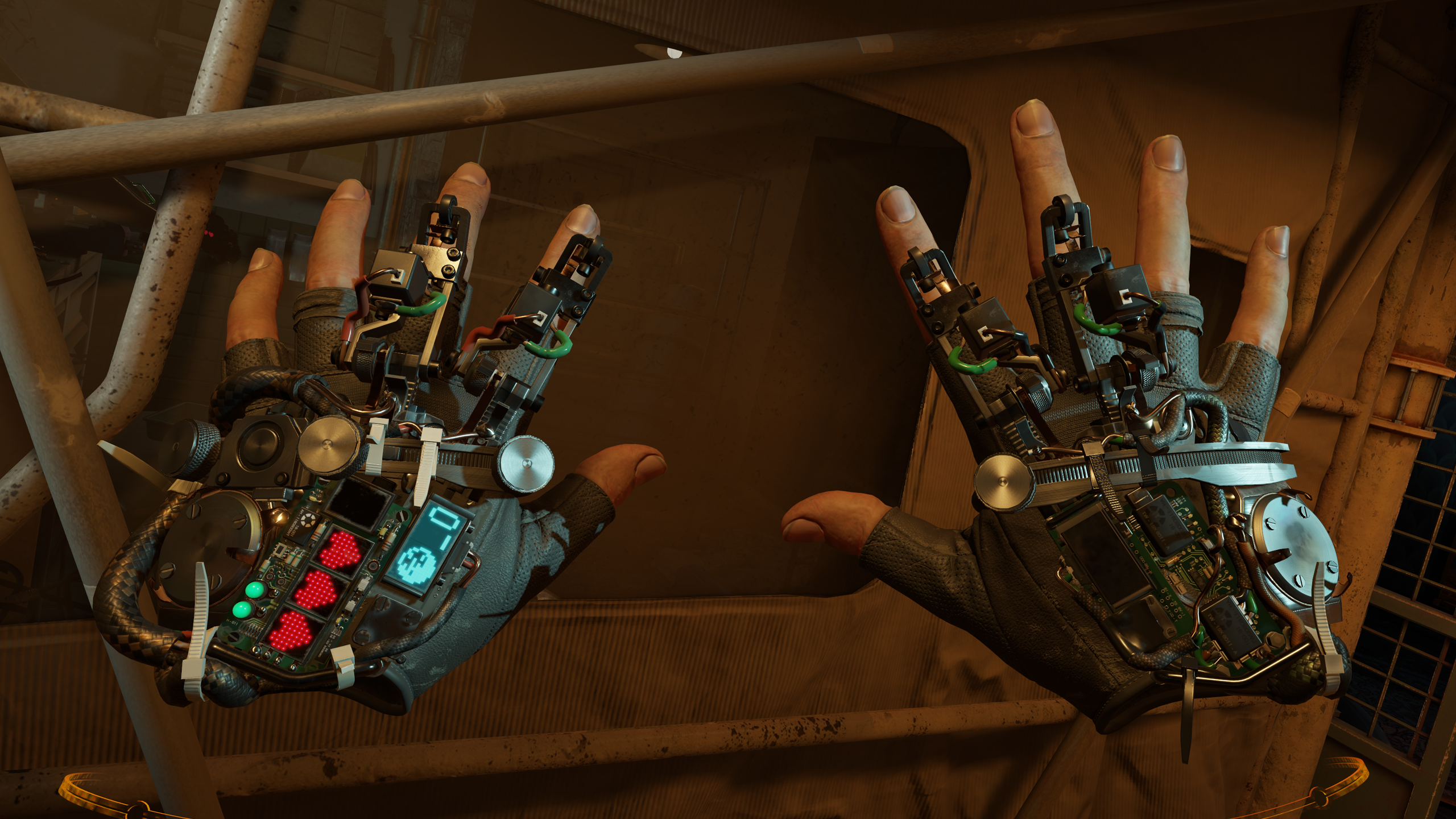 It’s been way too long,Â  but we finally have a new Half-Life game coming out next year. Sure,Â  it isn’t part 3, but it’s better than nothing, and the trailer we saw showed a lot of promise,Â  as well as teased some huge revelations.

Here are the 10 things you should know about the upcoming Valve title that’s finally bringing the company out of itsÂ  Steam digital distribution shelter.

#1. This is Valve’s biggest project yet.

For the first since forever, this is the biggest group of people Valve has ever had working on the development of a single game. “Half-Life: Alyx is the largest game team we’ve had yet,” Valve designer Greg Coomer said on IGN. “About a third of the people on the project have worked on previous Half-Life games, some all the way back to the first Half-Life.”

Coomer adds that new employees, including those from recently acquired Firewatch developer Campo Santo, have “played an important part in bringing fresh perspectives, which has always been a crucial part of our process.”

â€œWe didnâ€™t set out to make a Half-Life game,â€ Robin Walker, programmer on Half-Life: AlyxÂ told IGN. “Valve began experimenting with VR using assets from Half-Life and Portal, though the movement and momentum of the latter weren’t suitable for VR. Half-Life was.”

Valve promises that Half-Life: Alyx will feature “all the hallmarks of classic Half-Life” including “world exploration, puzzle-solving, visceral combat, and an intricately woven story that connects it all with the characters iconic to the Half-Life universe.” The story is set between the events of Half-Life and Half-Life 2 and sees Alyx and her father Eli secretly mounting a resistance to the brutal occupation of Earth by the Combine, mysterious invading aliens.Â In other words, welcome (back) to City 17.

One screenshot (above) shows the Combine stronghold, the Citadel, under construction, with hunter-choppers carrying large metal panels toward it. Another screenshot shows what look like proto-Combine Metrocops pointing their guns at Alyx while a city scanner, one of the photo-taking robots from Half-Life 2, hovers behind them. We also see Combine barricades blocking off streets in the city.

Some speculated that Half-Life: Alyx might be a short demo for Valve’s new VR hardware, Valve Index, but it’s actually a full-length game. According to the studio, internal playtesters have taken about as long as it takes to finish Half-Life 2 to get through the entirety of Half-Life: Alyx.

So at least 20 hours give or take.

#3. This will be the first Half-Life game with a voiced hero.

Half-Life hero Gordon Freeman, of course, never utters a word. But Alyx will have plenty to say when you play as her in Half-Life: Alyx. “Early on we decided it was important that playing as Alyx felt different to playing as Gordon Freeman,” says Coomer.

“Alyx being an active participant in conversations made it much, much easier to incorporate narrative into the game in natural ways, and as a result, there’s a higher density of storytelling over the course of the game.”

#4. Someone new will voice Alyx.

Alyx was portrayed by Merle Dandridge in Half-Life 2. But due to reasons unknown, the younger version of the character in Half-Life: Alyx has been recast.

This time Alyx will be played by Ozioma Akagha (above), an actor who has starred in a number of videogames including Wolfenstein II: The New Colossus and Mirror’s Edge: Catalyst.

G-Man is back and will be voiced by Mike Shapiro.

We’ll also see the return of the alien Vortigaunts, once again voiced by Tony Todd. Ellen McClain (the voice of GLaDOS in the Portal series) is returning as the sinister synthesized voice of the Combine Overwatch.

Alyx’s father, Eli Vance, will make an appearance, although he’s been recast since the passing of his original voice, Robert Guillaume, in 2017. “The new voice of Eli, James Moses Black, has big shoes to fill,” says Coomer. “But we’re all excited about his performance and can’t wait for players to hear it.” Black has done TV work in This is Us and 24: Legacy.

#6. Alyx will have Gravity Gloves.

Before the “Gravity Gun”Â was invented and given to Gordon Freeman in Half-Life 2, Alyx had gravity gloves (see feature image above).

We can assume these can be used in a similar fashion as the gravity gun, to lift, pull, and throw objects around. But there’s probably a lot more you can do with them in VR.

The screenshot above also shows them displaying what we assume is Alyx’s health statusâ€”three hearts are shown on the left-hand glove. Pretty handy!

Remember Marc Laidlaw? Yeah, he used to write the script for Half-Life. Now he’s hanging around to help the Half-Life: Alyx team out since he left the company in 2016.

He’s been generous with his time to answer all of the current writing staff’s questions throughout the game’s development.

You can’t have a Half-Life game without headcrabs.Â Â And the idea of a headcrab lunging at you in virtual reality sounds horrifying, so of course they will feature in Half-Life: Alyx. Coomer has made his pro-headcrab stance heard.

“Little known fact, it’s actually illegal to make a Half-Life game without headcrabs. Also, the only reason we invested years of time, money, and effort into VR was so we could make a headcrab leap at people’s faces.”

The game’s store page on Steam notes that you’ll be able to rip headcrabs off your face and throw them at Combine soldiers. Honestly, it’s the best way to use VR.

#9. You can play it with any PC-based VR headset.

Half-Life: Alyx will be optimized for the Valve Index and its knuckle controllers, but Valve isn’t limiting the hardware you can play it on. It’ll be compatible with the HTC Vive, Windows Mixed Reality, Oculus Rift, and Oculus Quest if you have the PC link cable.

It’ll be Steam Workshop compatible, too, according to the official site.

“A set of Source 2 tools for building new levels will be available for the game, enabling any player to build and contribute new environments for the community to enjoy. Hammer, Valveâ€™s level authoring tool, has been updated with all of the game’s virtual reality gameplay tools and components.”

The game will cost you US$60. Owners of any part of the Valve Index kit, including just the controllers, will get Half-Life: Alyx free. Those who own any Index hardware before the end of 2019 will get a few bonuses, including “alternate gun skins to embellish Alyx’s arsenal.”

Zenless Zone Zero Is A New Action RPG From miHoYo