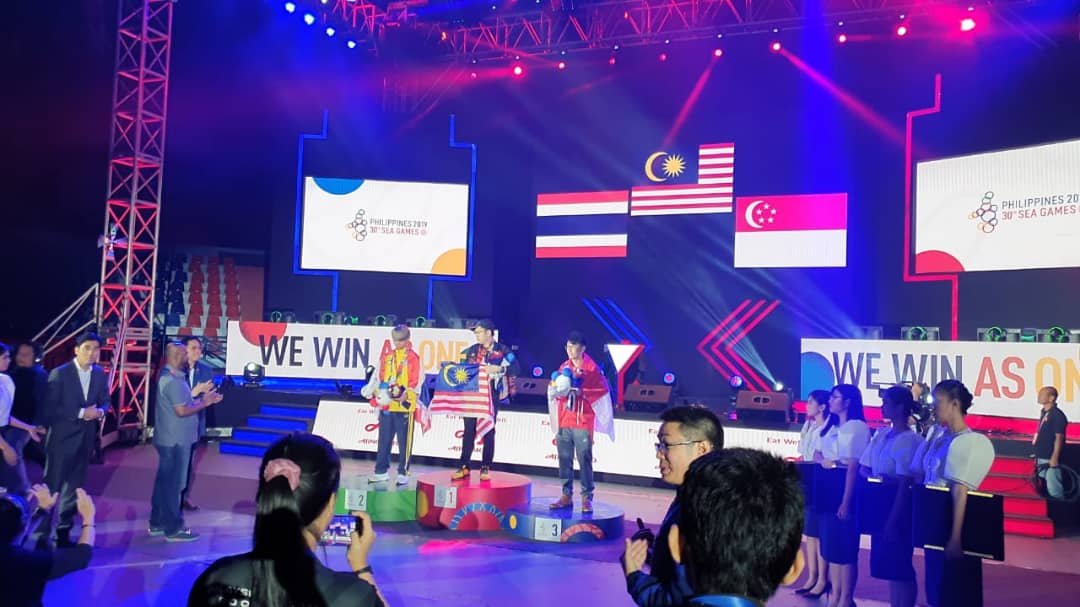 The 9th of December is a day to remember for Malaysian esports as we scored our first-ever gold medal for esports at a multi-sports meet.

National esports player, Dr. Yew Weng Kean – yes, you read it right, ‘Dr’ – won gold in Hearthstone after defeating his Thai opponent 3-1 in the finals. An Associate Professor at Heriot-Watt University, Dr Yew who goes by the name “Wkyew” was joined on the podium by Thailand’s Werit Popan and Singapore’s Chew Khai Kiat who won bronze.

What made his achievement sweeter was that Malaysia’s Minister of Youth and Sports, YB Tuan Syed Saddiq Abd Rahman was present to witness the historic occasion and was also among the first to break the news on social media.

A perfect testament of the inclusiveness of esports, Dr Yew’s win shows that one is never too old to compete.Â

At this time of writing, the gold also propelled Malaysia to the top of the esports medal tally, having also won bronze in Mobile Legends earlier.

For more news on esports from the 2019 SEA Games in Manila, stay tuned to Kakuchopurei as we bring you daily coverage and news. And while we are at it, check out our special interview with the Malaysian Minister of Youth and Sports where we talk about esports and the recently-released national esports blueprint here.