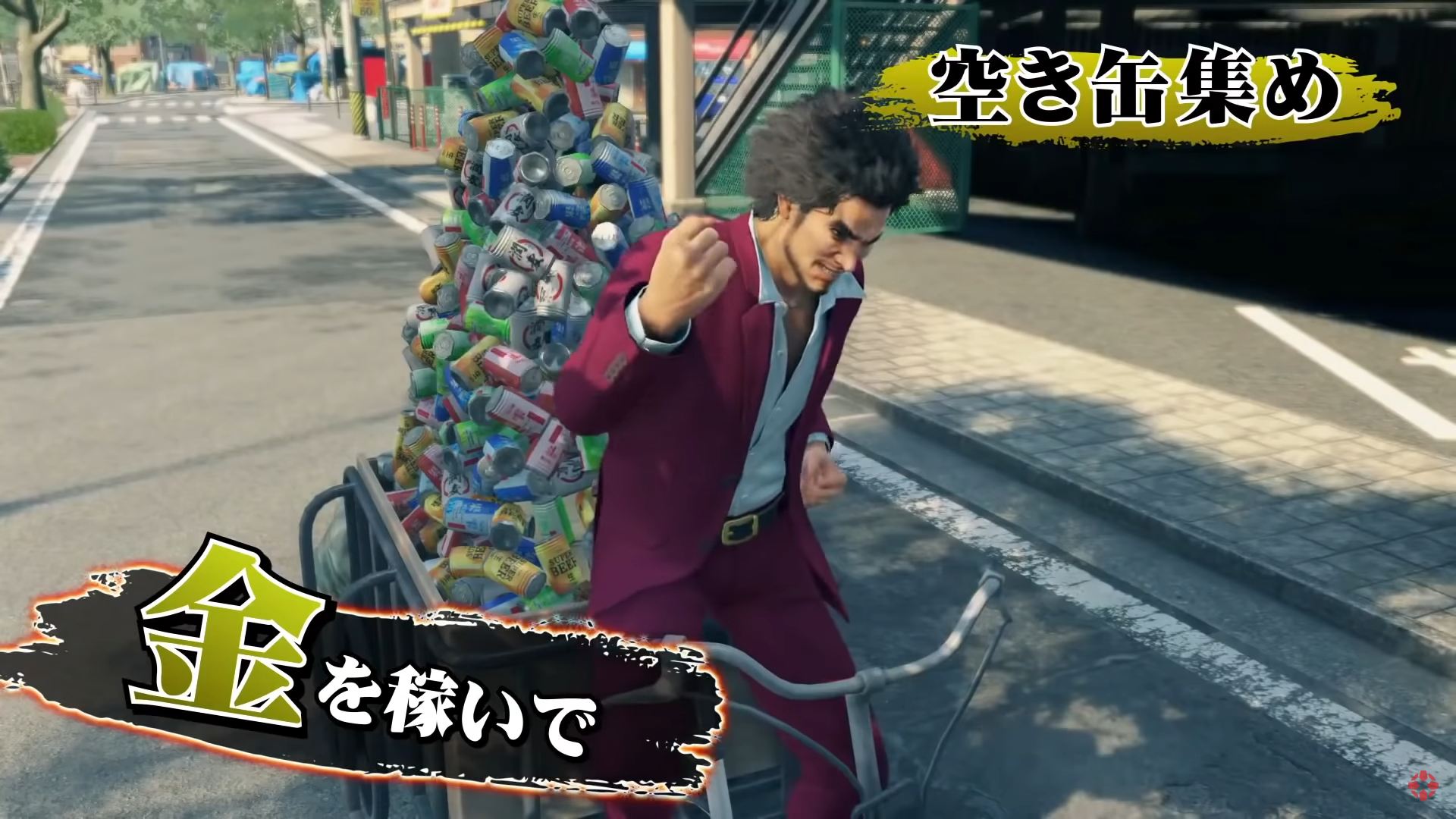 Whenever I’m assigned to write news about Yakuza 7 AKA Yakuza: Like a Dragon, I have to double check whatever I’m reading because it’s very obvious the developers just keep trying to outdo the ridiculousness of their past games.

New information and screenshots released by Sega have revealed more interesting features that will be coming in Yakuza: Like a Dragon. This includes rummaging around vending machines for money and racing on bikes to collect cans so that you can turn them in for money. A new summon has also been revealed: Jay-san, a butcher who wears a hockey mask.

The context here is that the protagonist Ichiban Kasuga is absolutely broke at the start of the game. You’ll need money to summon help during battles and to buy other important items. So the earlier portions of the game will task you with scrounging for change near vending machines and collection cans on a bike.

When collecting cans on a bicycle, you’ll have to watch out for other homeless people who are trying to make a living doing the same thing plus garbage trucks and drum cans. You can drink nutritional drinks to get a boost and if you ram into other homeless cyclists while boosting, you’ll cause them to fall over and you get their cans.

As for Jay-san, it’s explained that he’s one of the summons that can be activated during the game’s JRPG battle sections. For 60,000 yen, Jay-san will sprint over to your side and deal massive damage to enemies plus inflicting a “nervous” debuff.

Sega also released new information detailing the Part-Time Job Quests feature. Basically, the player can take up quests from an online service called “PartTimeJobQuest.com” which is managed by man named Hiroo who wears a… hero mask.

There are three types of quests:

Completing these quests will sometimes earn you more than money. Rewards include equipment, replenishment items, and more.

Yakuza: Like a Dragon is scheduled to launch worldwide sometime in 2020 for the PlayStation 4. It will be released earlier in Japan on 16 January 2020. For more news and updates on Yakuza 7, stay tuned on Kakuchopurei.