Earlier, we reported on the recent HR issue leak concerning Malaysia’s renowned video game store chain that rhymes with “Baby’s Day Out”. We managed to talk to a current employee of the store, who will remain anonymous, to shed further light into the situation.

What does working from home entail, since the game store is primarily a brick and mortar setup?

The staff runs the online store through platforms such as Lazada, Shopee, and the official website to maintain sales. These include tasks such as logistics, audio, designing, customer services are relegated to the staff. Since that happened, everything resumed as usual.

What’s the most recent comms from the company following the HR memo leak yesterday?

Danial Ashman stated that the company made an announcement before MCO (this is the one seen on Danial Ashmanâ€™s Twitter feed) that all stores will be closed from 18th until 31st March, and all staff should take annual leave or unpaid leave. 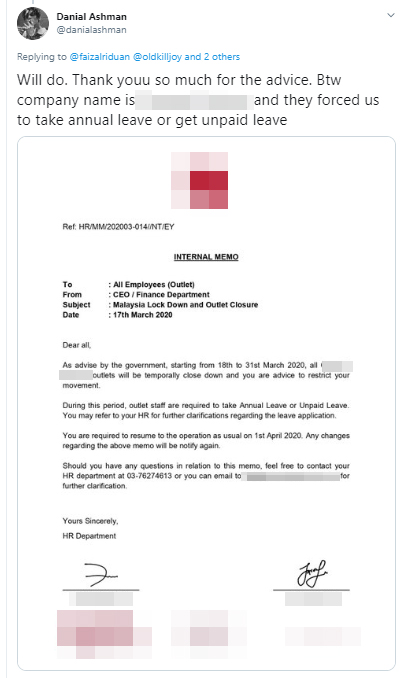 On 23rd March, an employee asked if the ground staff can work from home. The company’s supervisor and any sales team associated with work from home will handle online sales.

Since most of the staff has already been forced to stay at home due to the MCO, which means taking the “forced unpaid leave” route, the company decides to implement all staff to “work from home” to handle online stores and sales without pay. The company is willing to pay only RM1 per listing.

A number of employees asked on 25th March if they were paid as according to contract as stipulated by the government, only to be met by a late response by the director himself.

The director said the following: “Sorry we cannot respond to this matter urgently. We will discuss this matter and get to you guys as soon as we could”.

On 31st March, Danial Ashman asked for clarification regarding the government’s FAQ regarding employers paying workers during the MCO. He asked, in verbatim, “Why are we not getting paid throughout RMO?”. The company’s Managing Director said he cannot clarify this and will resolve it as soon as possible.

No response was immediately given back to the staff. Instead, the work chat group was disbanded on the grounds that “the staff was exploiting the group chat”. 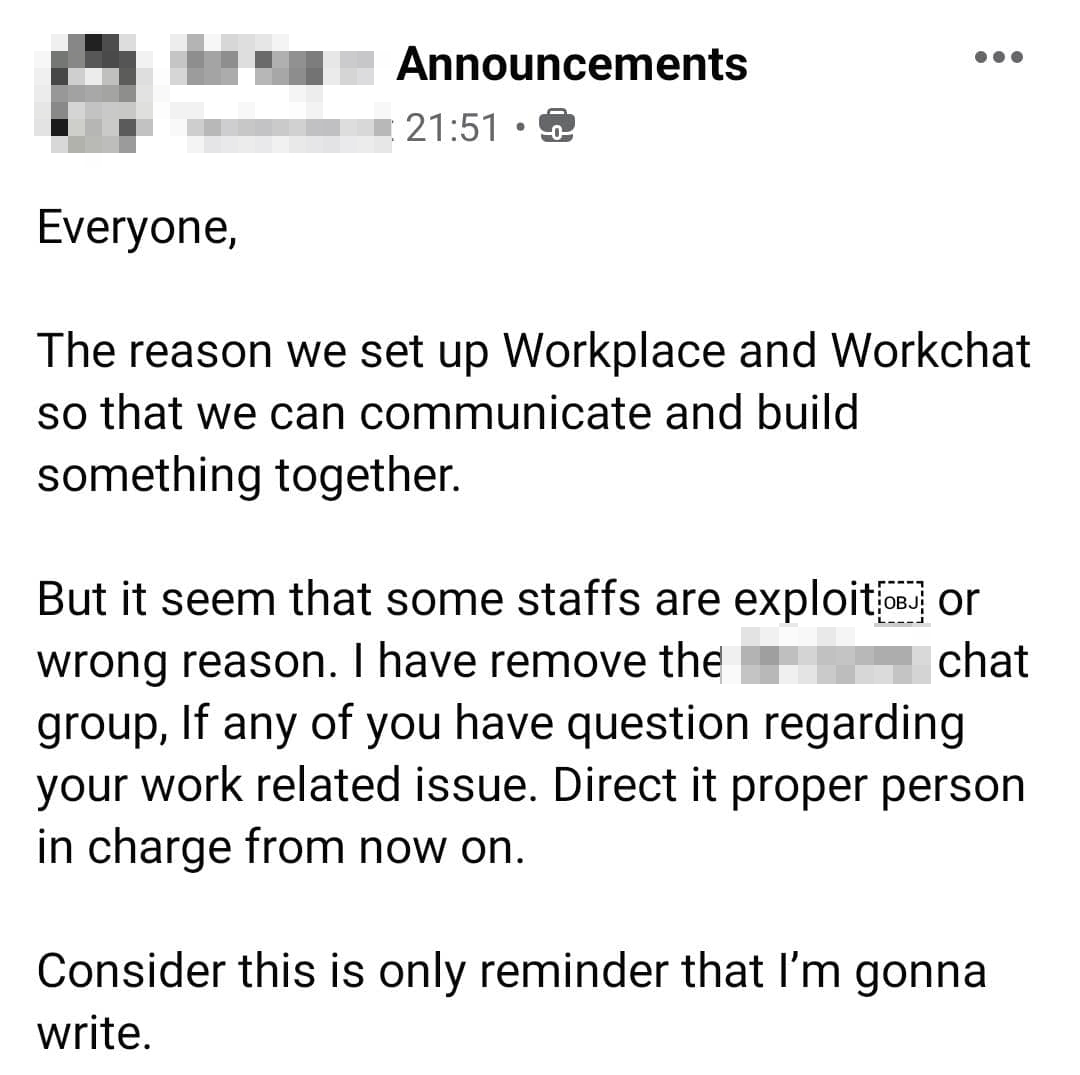 Will you get paid?

Itâ€™s hard to say. The directors havenâ€™t clarified anything with the staff in regards to payment; they are still beating around the bush. They are totally focused on online sales, and not once tried to enlighten the ground staff on payment.

(Note: at this time of writing, it was revealed that store employees are asked to sign the disclosure belowthat makes them take unpaid leave during the lockdown period) 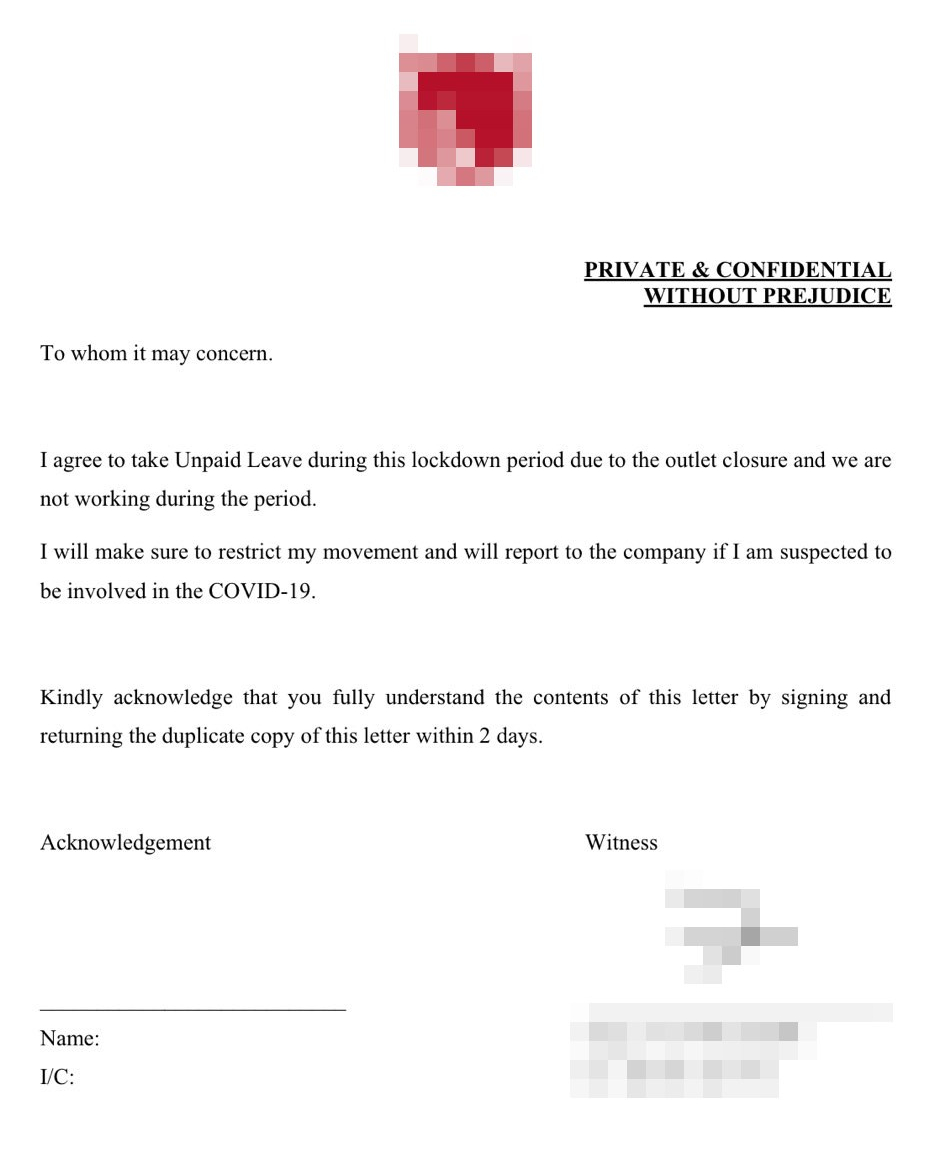 At this point in time, is your employment status guaranteed beyond Apr 14?

We’re not sure about this, because itâ€™s been almost a month of MCO. So we may not have a place at the company.

No words of assurance were given to the staff. Their current focus is on their online stores at the moment.

Maybe business will resume as usual after the MCO ends. But if we’re talking job security, weâ€™re treading on thin ice at the moment.

The biggest gaming campaign in Malaysia is set to take place at Bukit Bintang, Kuala Lumpur, this Saturday on 18 May 2019. The Mobile Legends: Bang Ba...

News
Are We Still Getting Biomutant This Year?

Remember that action RPG game Biomutant and how cuddly and engrossing it looked a year or two ago? The Experiment 101-developed game (a team made up o...

McLaren Racing has announced a new partnership with Garena, a global games developer and publisher, for an upcoming in-game collaboration. Accordin...