You can count the number of good video game adaptations with just two hands if we’re being generous. This specific genre gets a bad rep because directors and producers have a hard time balancing both a good cinematic narrative and a product that stays true to its lineage and roots, placating its hardcore fanbase. It usually takes a miracle to succeed on both fronts. 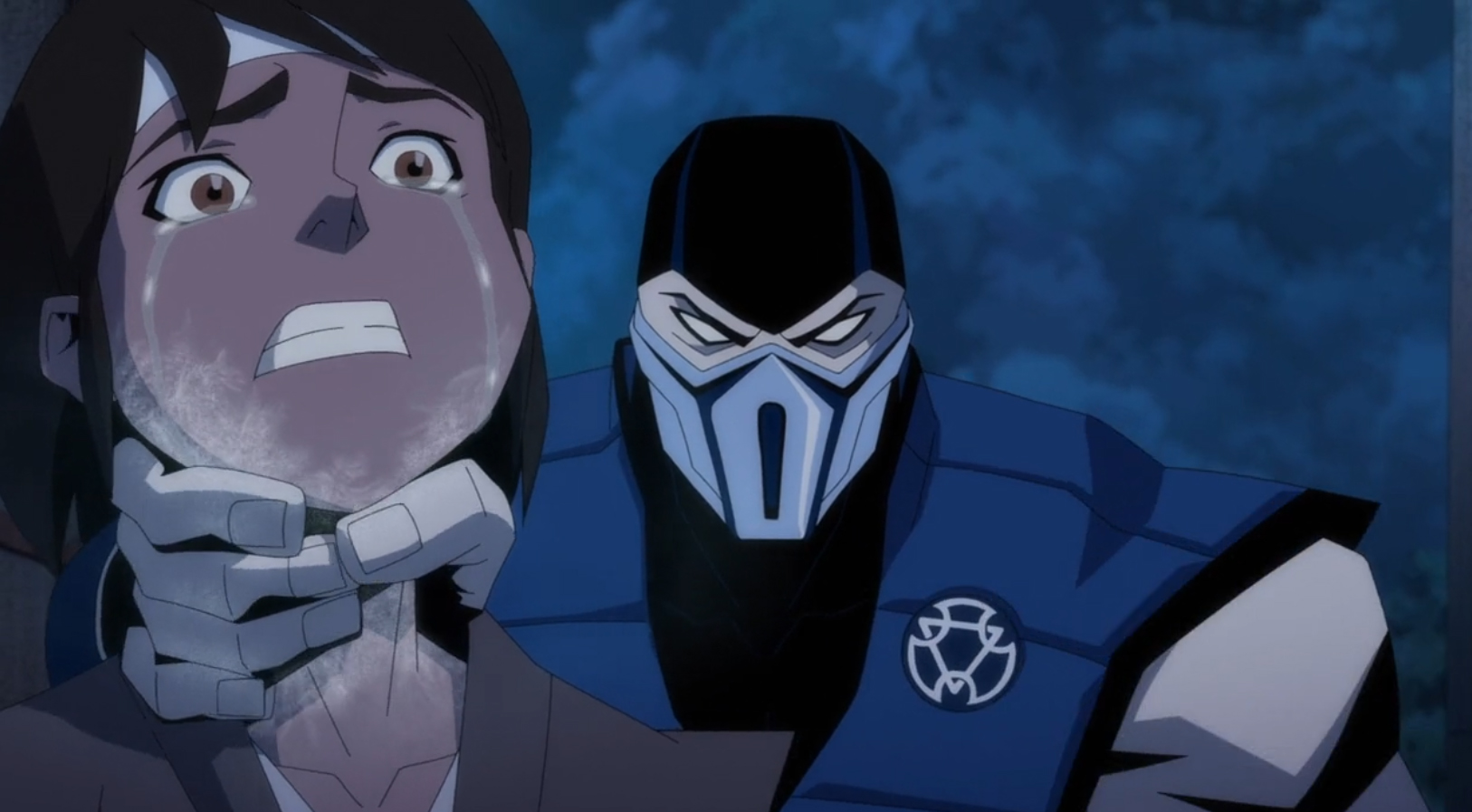 Mortal Kombat Legends: Scorpion’s Revenge is a retelling of the original Mortal Kombat’s story, but with slightly more focus on Hanzo Hasashi, the man who would eventually be the series’ iconic yellow Hellfire-laced teleportin’ rope-dart-chucking ninja Scorpion. Along the way, we get to see how Mortal Kombat heroes Liu Kang, Raiden, Johnny Cage, and Sonya Blade meet, while also seeing some kharacters like Quan Chi, Kano, Shang Tsung, and Jax showing up.

The plot’s pretty simple. It’s all in the title: a simple revenge tale with Faustian bargains and a redemption arc that ties the whole MK1 plot together. The obvious selling point here is the R-rated content you’ll be watching. And boy, do the animation folks at Warner Bros. paint the town red with nothing but giant-sized brushes & barrels. 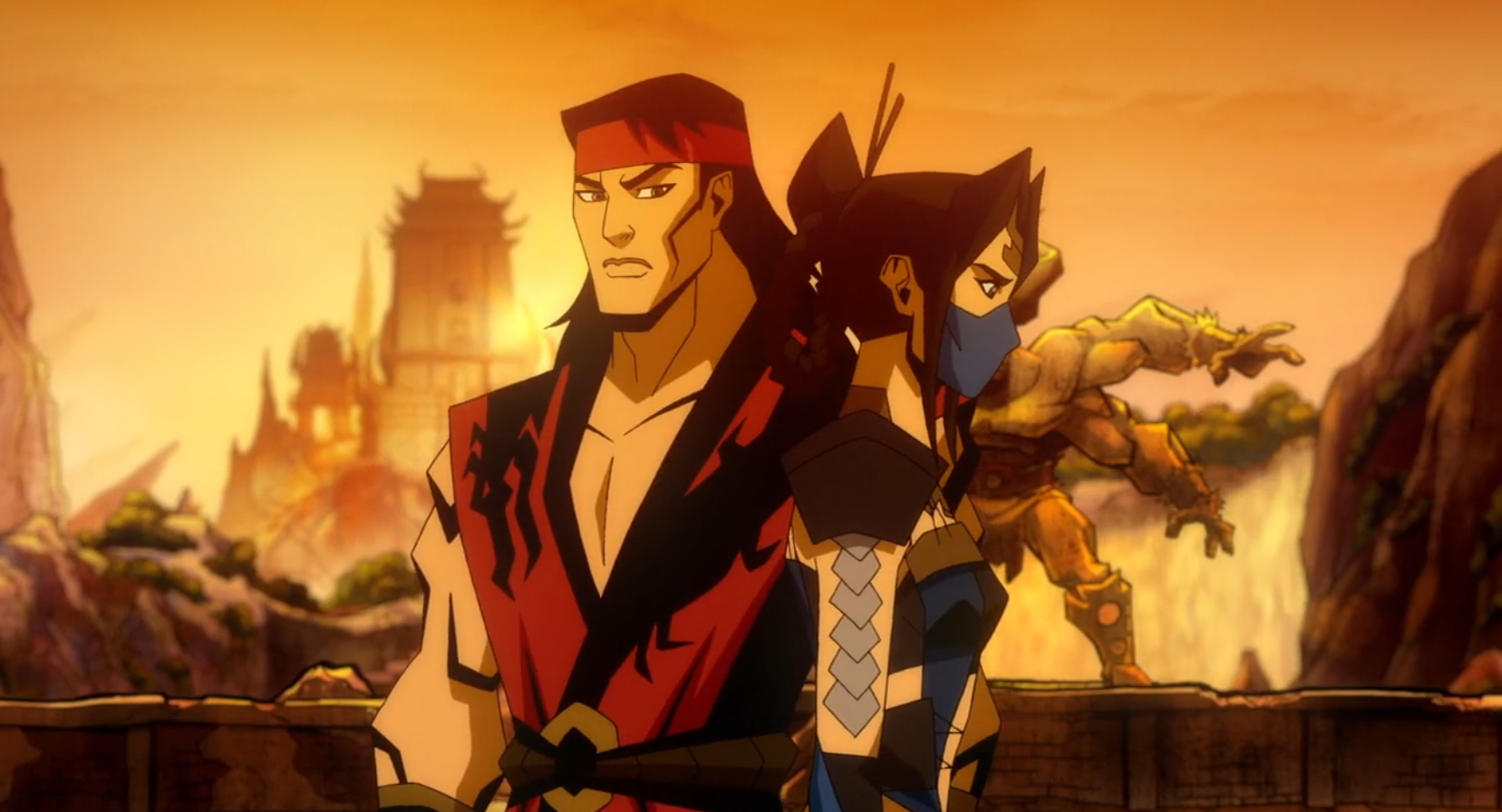 Sure, there’s a lot of setup and downtime for characters to justify their team-up and motives, and it’s all done adequately. The voice acting is fine, though it can be distracting to hear Johnny Cage channel a lot of Community’s Jeff Winger (since he’s voiced by Joel McHale). I was half-expecting Daniel Pudi to guest-voice a kombatant halfway through. Kudos to the team for reprising Steve Blum to voice the old Sub-Zero.

At the end of the day, you’re just here to watch how an undead yellow ninja with rope dart chain spears dismembers a bunch of Lin Kuei foot soldiers in hyper-gory fashion. You’re here to see why Jax ended up with metal arms in subsequent Mortal Kombat titles thanks to a certain four-armed Shokan prince. And you’re here to see demons and Black Dragon soldiers wishing they made better life choices as they’re turned inside-out by the main cast.

You’re also here to see signature fatalities pulled off to end this first-time animated film that has a lot of work put into it. This film doesn’t disappoint in that regard. 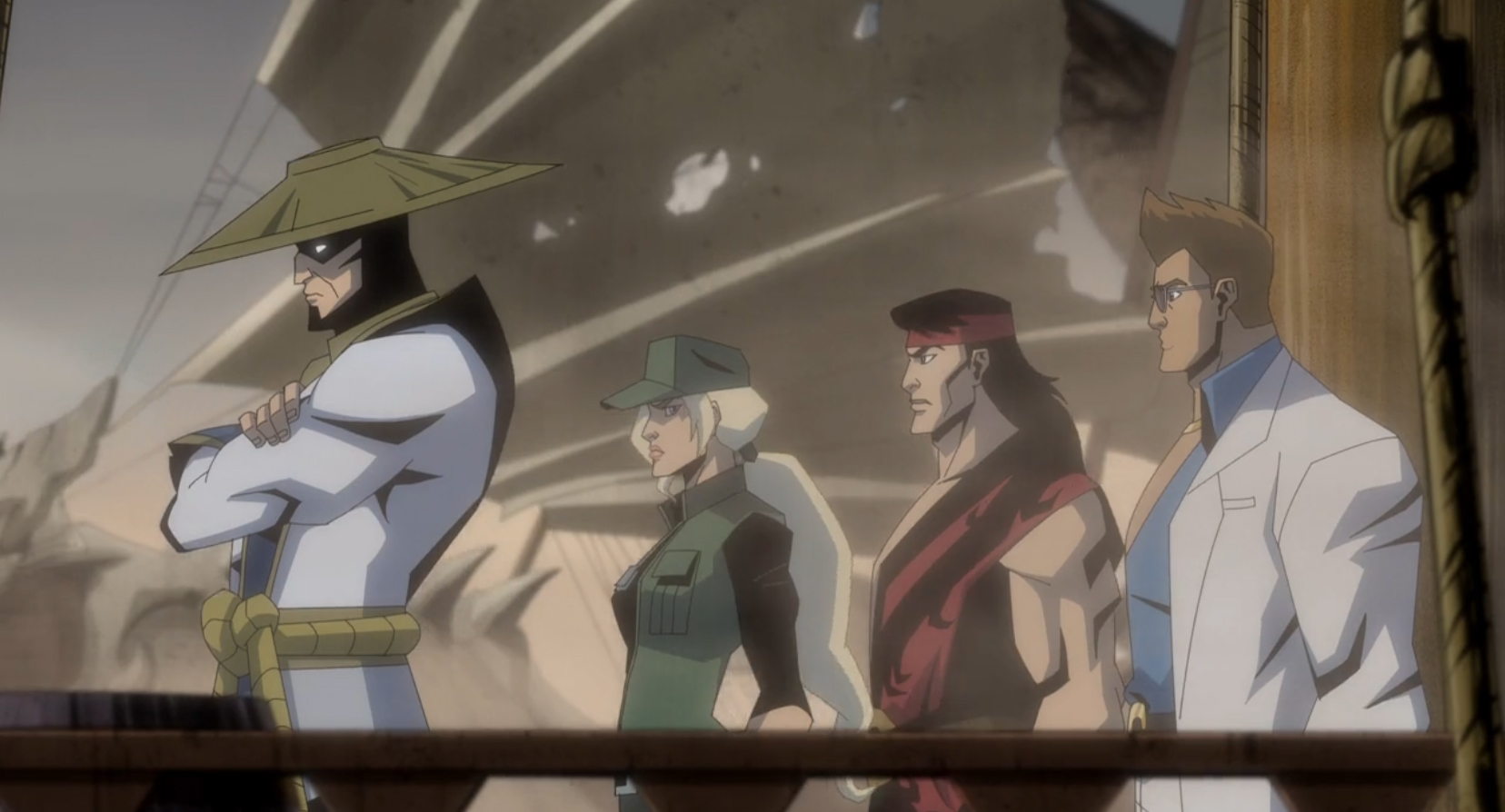 I know I shouldn’t use the overused adjective like “visceral” for movie reviews, but Mortal Kombat Legends: Scorpion’s Revenge deserves it at every turn. From its X-ray vision bumps and kills to the detail and care the animators put in making each aftermath of the violence matter, your over-the-top gore craving will be satiated with a bucketful of red. As a Mortal Kombat fan, this film is too good to pass up.

I always wondered how Paul W.S Anderson’s Mortal Kombat would fare like if its rating was bumped up from PG-13 to R, with no holds barred. Thanks to this animated treasure, I don’t need to anymore.

You know a Mortal Kombat film adaptation is given a lot of love when its creators add someone from the mid-2000 MK entries as a silly easter egg. 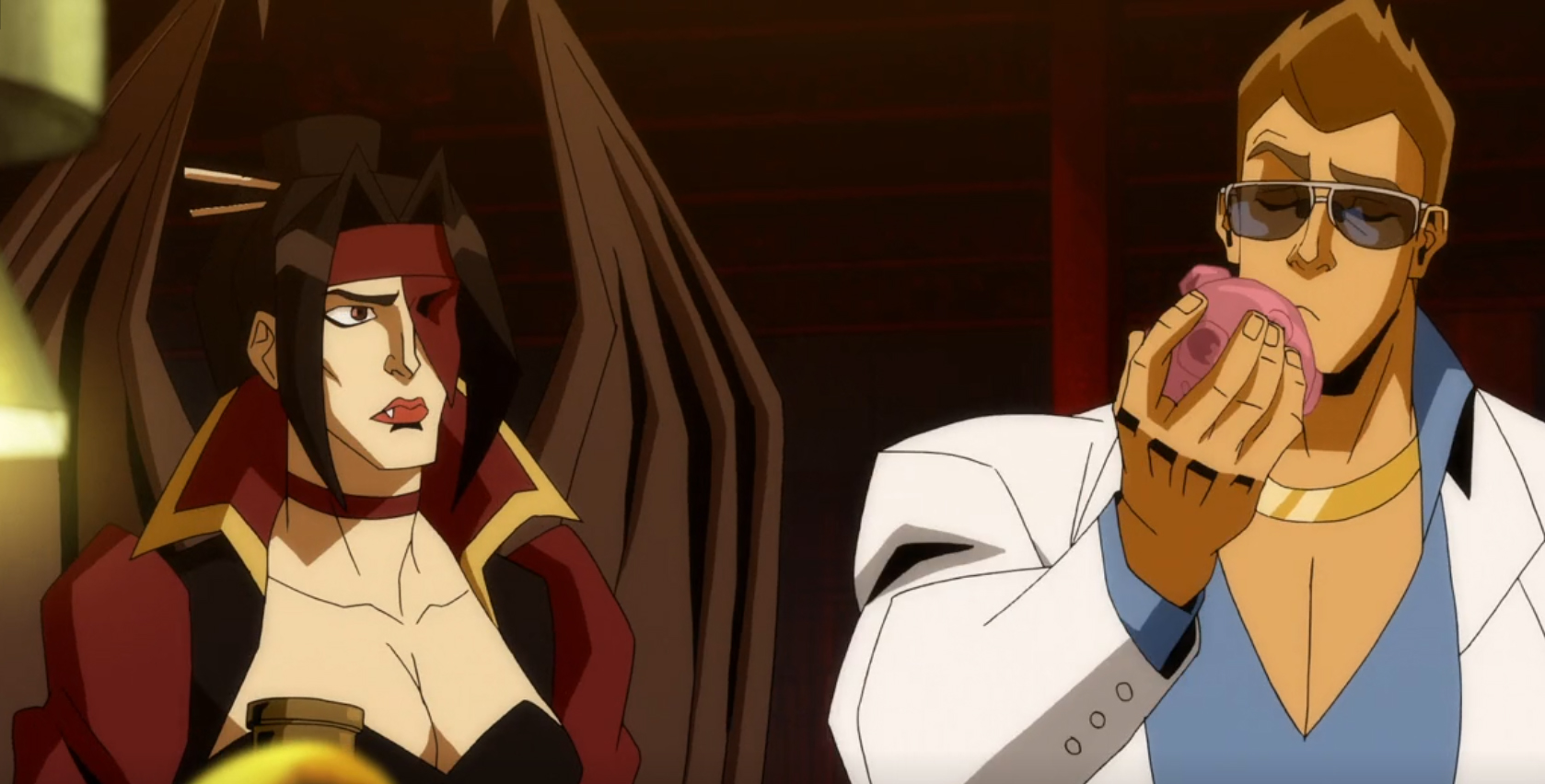 Hell, even the obligatory Warner Bros. intro gets a violent spin. 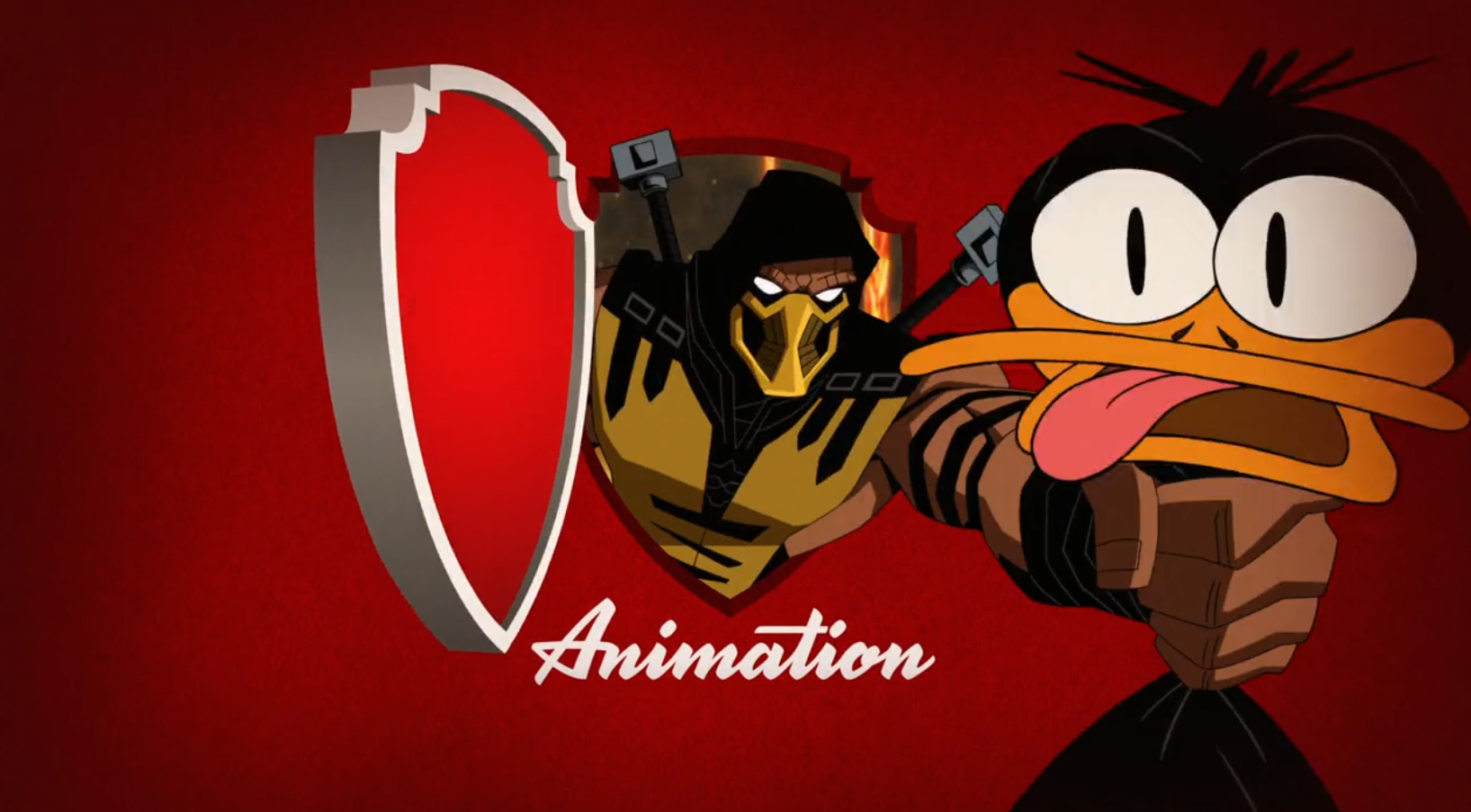 We wished our favourite blue ice ninja gets more screen time and lengthier bouts, but given the new focus they’re giving to certain characters -especially if you’ve followed some of the MK spin-offs like Mythologies– it’s understandable that they’re giving more shine to the subtitle’s character while doing a bit of retcon work. The character arcs here are just done right without being overbearing and outstaying their welcome.

Mortal Kombat Legends: Scorpion’s Revenge is not only a bloody R-rated fun-filled animated action flick, but it helps set up new ways to flesh out more of the series’ backstory in an hour and 20 minutes while retaining its blood count.

It’s not especially insightful, but it does leave a lot of deep cuts. Highly recommended for Mortal Kombat fans burned by the series’ past cheap cinematic and animated offerings from the way back.

There's been a rumour going around that The Mandalorian lead actor Pedro Pascal (who plays Din Djarin) doesn't like wearing the helmet. Fans have...

Lunatic-Hai cemented their position as the most successful team in the Korean the Overwatch scene by disposing their arch-nemesis from APEX Season 3, ...

Feature
The PS5 Launch Titles We Want To See

It's official: the PlayStation 5 is coming out in late 2020 so there's plenty of time for everyone to save up money to enter the next generation of co...