All The Games From PlayStation State Of Play August 2020

During today’s PlayStation State Of Play August 2020 live stream, Sony announced many of the upcoming games slated to arrive on the PS4 and PlayStation 5 in the near future. These include both third-party and first-party exclusives, which you can check out below: 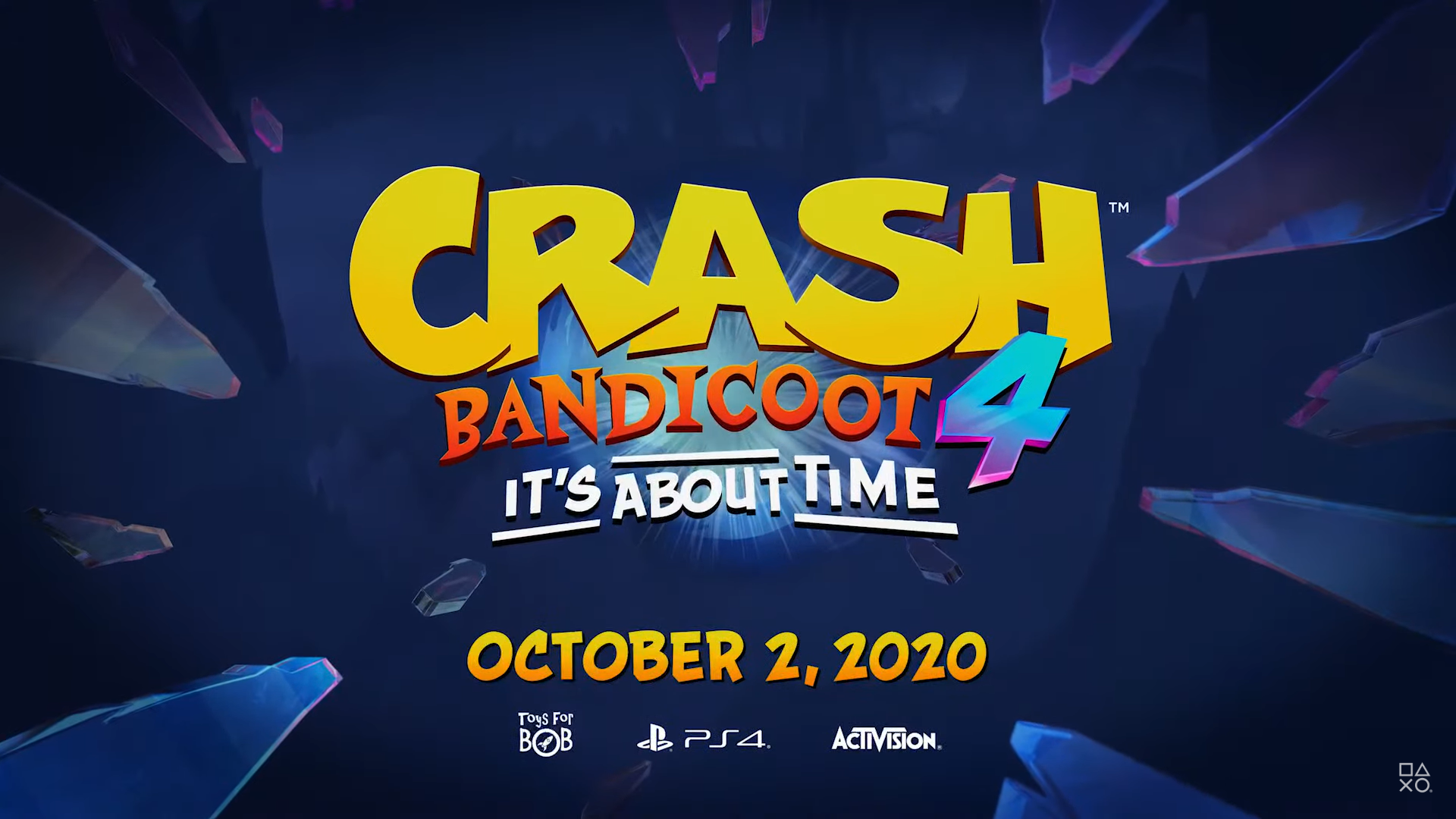 Publisher Activision and developer Toys for Bob have released a narrated gameplay trailer for the upcoming Crash Bandicoot 4: Itâ€™s About Time. 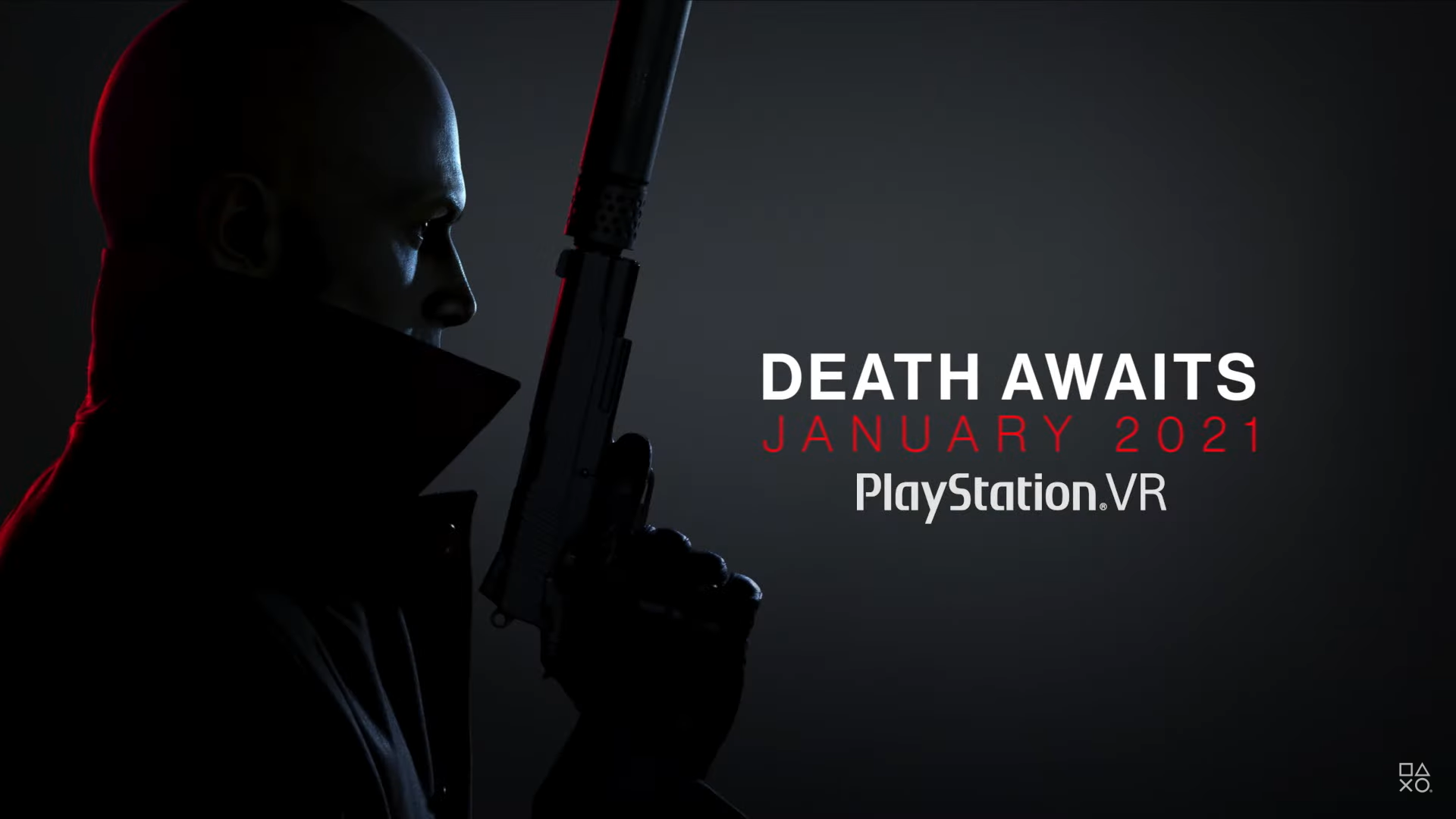 IO Interactive has revealed a new trailer for Hitman III, announcing that the game (and the previous two games in the trilogy as well) can be entirely played with PlayStation VR. 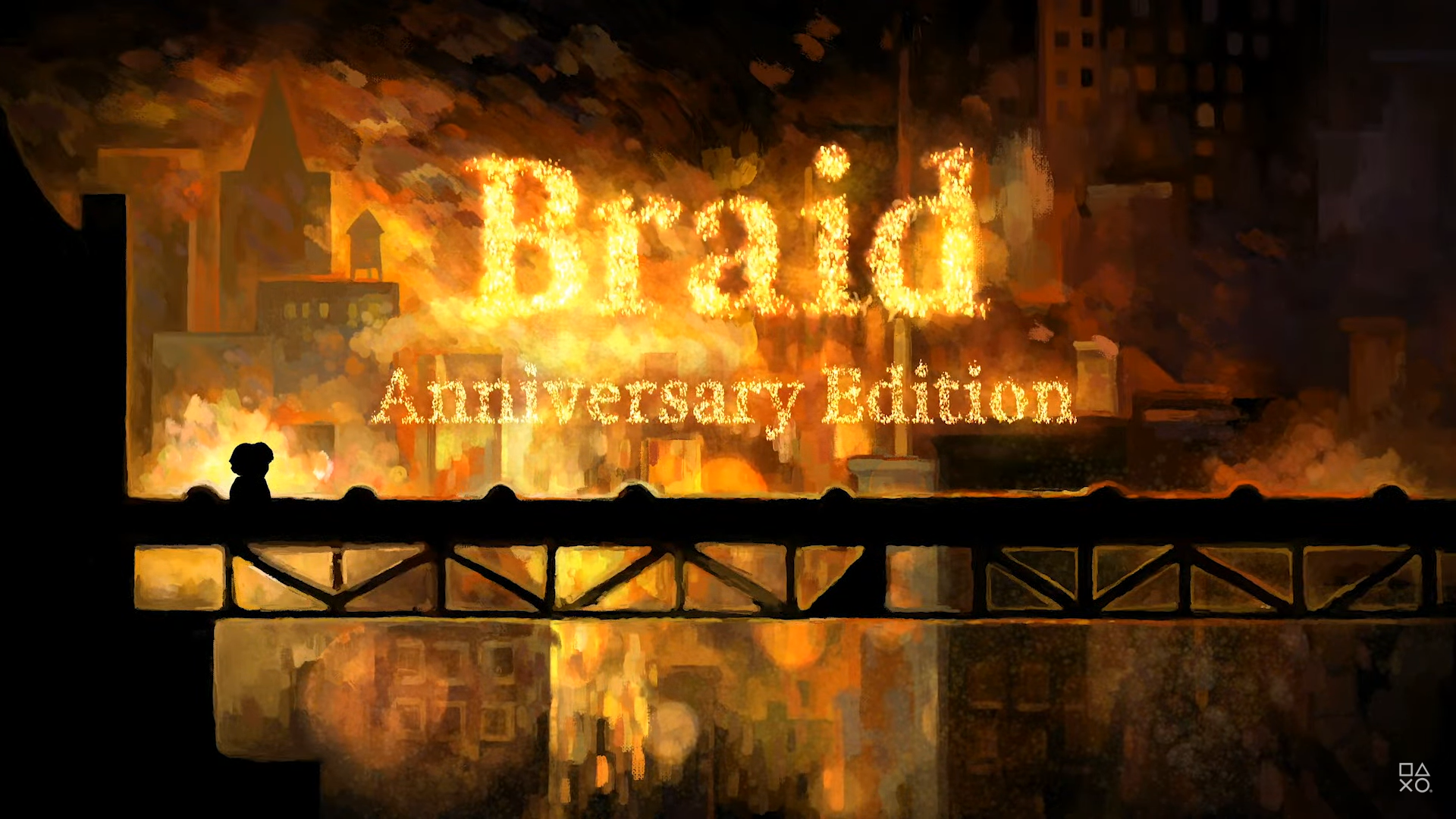 The game has been repainted with more detail, extra animations and effects to make movement feel better, more sophisticated brush-stroke effects to animate the foregrounds and backgrounds, upgraded sound and music and more.

Players can also toggle between the original and the Anniversary Edition at any time by pressing a controller button or keyboard key. 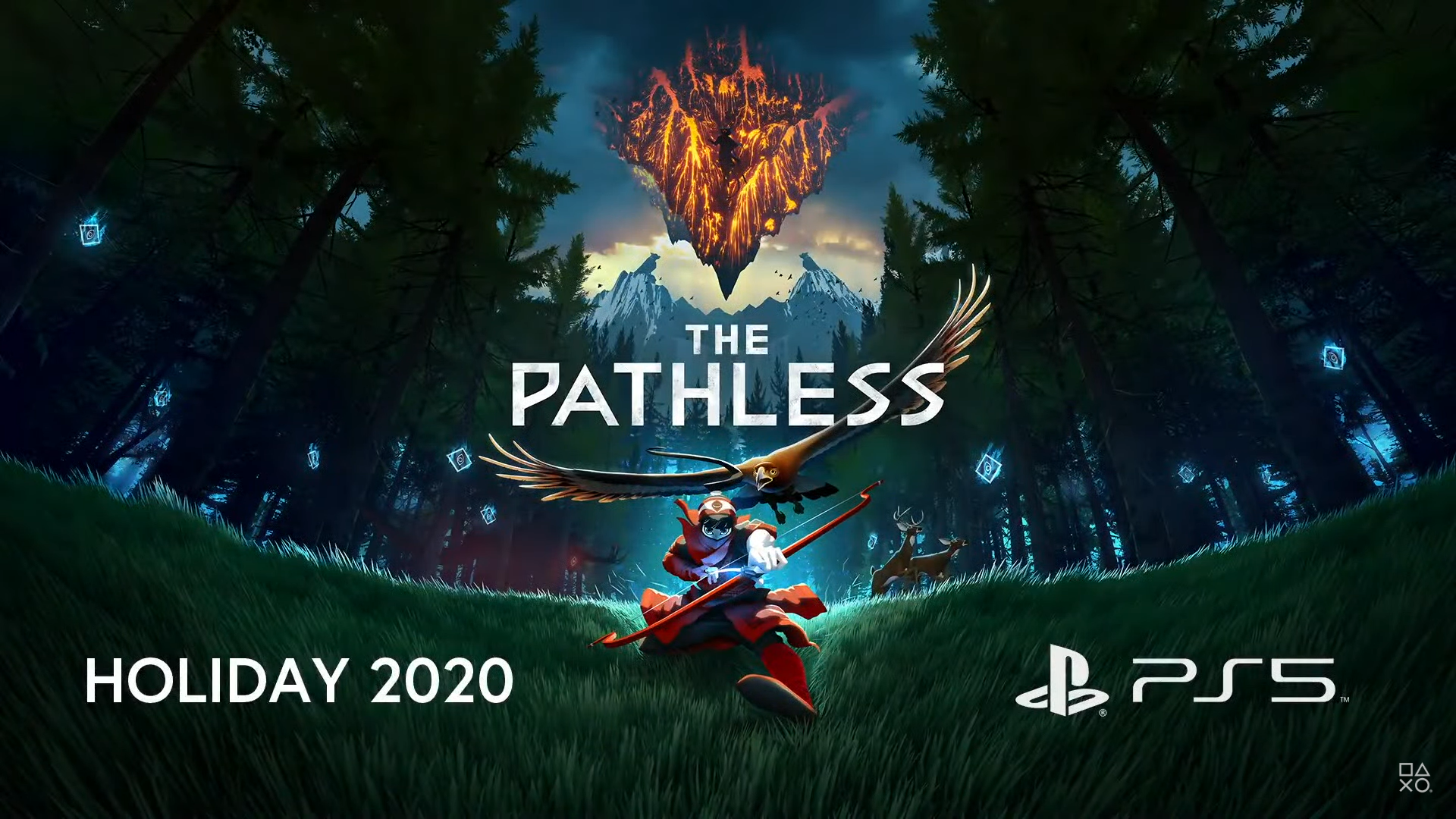 The Pathless is the mythic adventure of an archer and an eagle in a vast forest. Players take on the role of the Hunter, a master of archery who travels to a mystical island to dispel a curse of darkness that grips the world. The Hunter must forge a connection with an eagle companion to hunt corrupted spirits, in turn being careful to not become the hunted. Players will explore misty forests full of secrets, solve puzzles in ancient ruins and be tested in epic battles. The bond between the Hunter and eagle and the fate of the world hang in the balance.

The Pathless is slated to release for the PS5, PS4, PC via the Epic Games Store, and Apple Arcade this holiday. 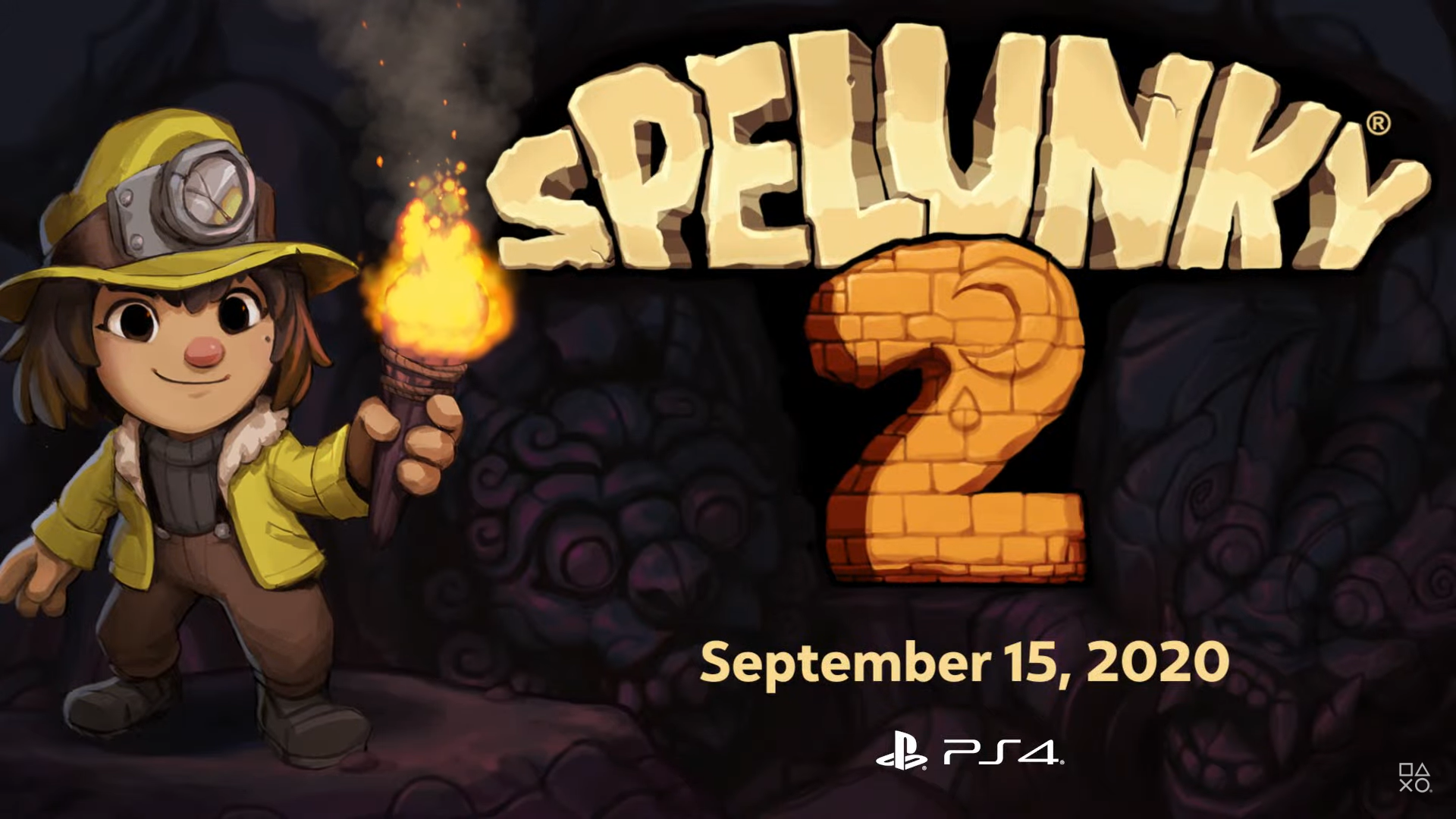 Developers Mossmouth and BlitWorks announced Spelunky 2 will launch for PS4 and PC via Steam on 15 September 2020. 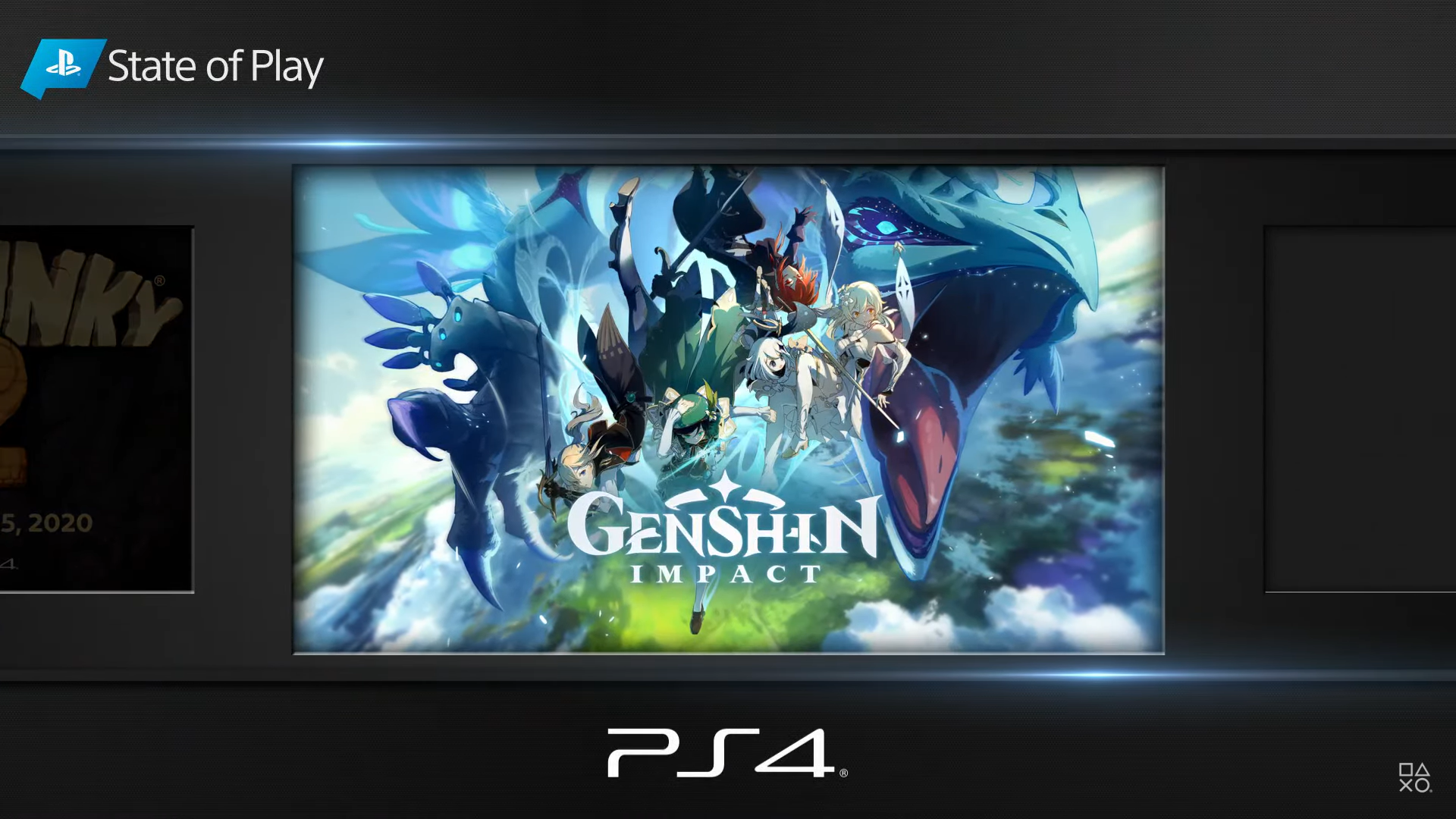 Publisher and developer miHoYo has announced that the PS4 version of “Breath of the Wild clone” Genshin Impact will launch sometime in Autumn 2020 worldwide. It will also release for the PC, iOS, and Android by October 2929, and for the Nintendo Switch at a later date.

Genshin Impact is an open-world action RPG set in the vast fantasy world of Teyvat. The game features a lively open world, a diverse cast of characters, element-based combat and exploration, and an engaging storyline. Players will take on the role of the mysterious â€œTravelerâ€ as they embark on an unforgettable quest to find their lost sibling, unraveling the mysteries that enshroud themselves and the world of Teyvat along their way.

During the State of Play broadcast, a brand-new trailer for Genshin Impact showcased over a dozen playable characters from the first two of the seven major cities to appear in Teyvat, each of whom brings unique elemental powers and their own signature combat style to the table.

The first of these cities is Mondstadt, an idyllic â€œCity of Freedomâ€ where the dancing winds are serenaded by the songs of bards. Located on the northeast side of the continent, Mondstadt is where new players will encounter a host of new characters with formidable powers that will be key companions to the Traveler as they set off on their journey across Teyvat.

Next is Liyue Harborâ€”the greatest trading port in all of Teyvat. This city blends elements of ancient eastern culture and stunning natural scenery, weaving them together into a breathtakingly beautiful and truly magical landscape. The port is chock-full of characters with diverse backgrounds and many stories to tell, who will lead players down new paths during their adventure.

With a diverse cast of characters in hand, players can also team up with friends in co-op mode to master the synergies of elemental combat as they battle against legendary enemies like Lupus Boreas, Dominator of Wolves. 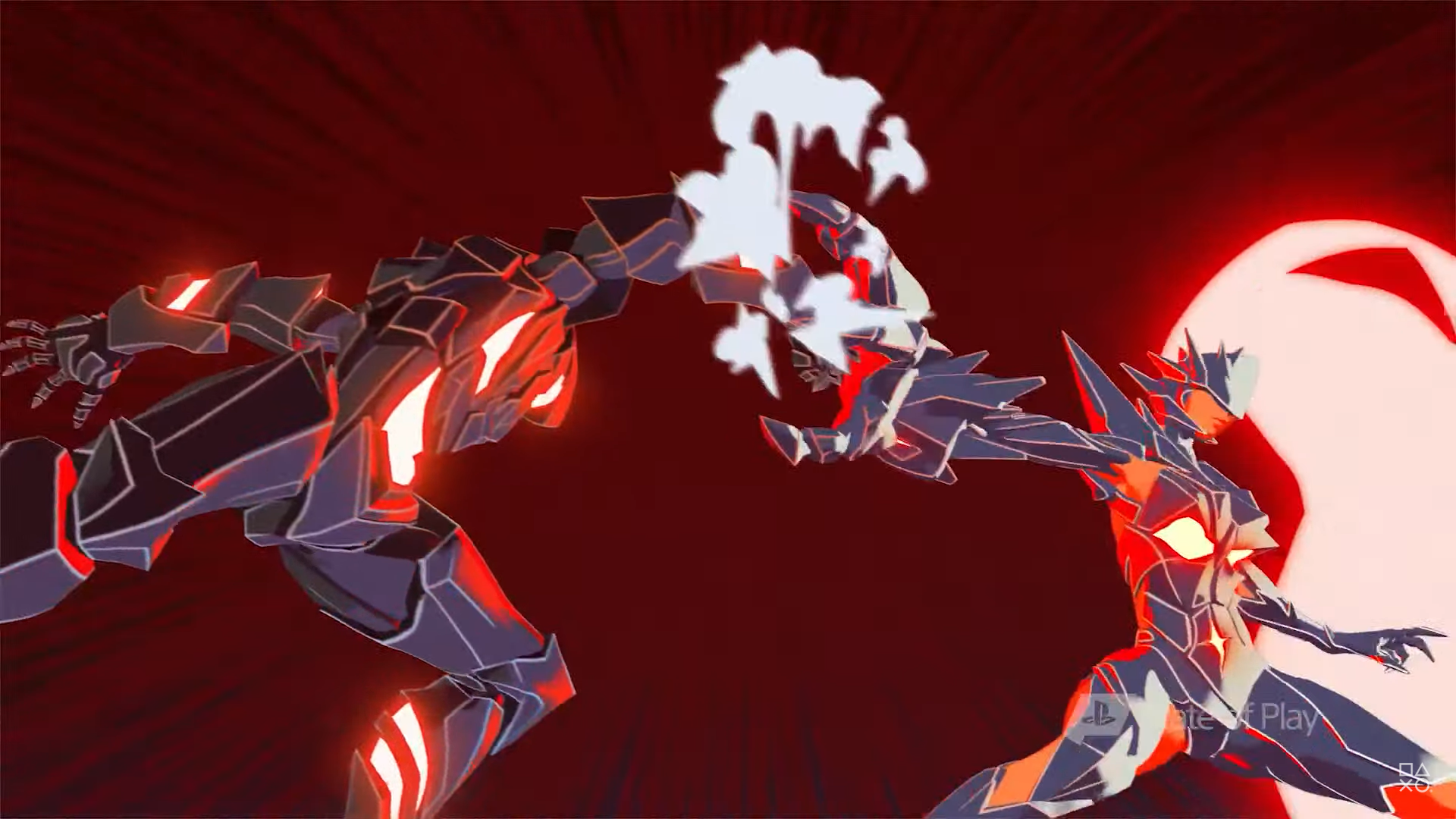 Limestone Games and Focus Home Interactive have announced Aeon Must Die!, a galaxy-spanning brawler with a unique anime-inspired art style and a massive story of betrayal, love, and revenge across a broken universe.

Aeon, the dreaded Emperor of the unstoppable Void Armada, has been betrayed and left for dead by his generals. Weakened and without a body to exact his revenge, he desperately merges with you to escape. Travel across the futuristic city of Pantheon to destroy or subdue those who betrayed Aeon, while fighting for your mind, free will, and control of your body. 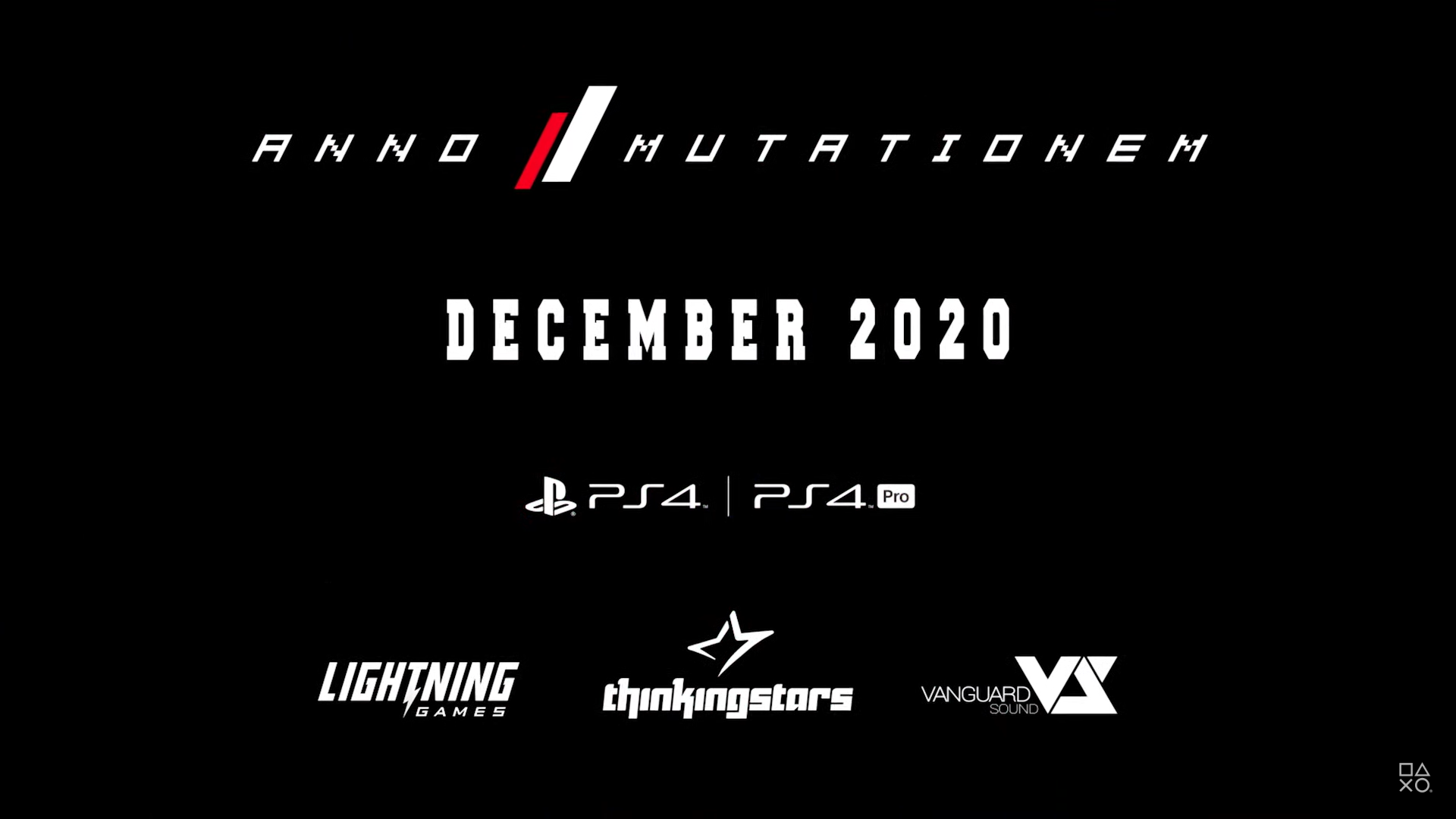 Publisher Lightning Games and developer ThinkingStars have announced thatÂ ANNO: Mutationem will launch for the PS4 and PC via Steam in December 2020.

Welcome to the neon-covered, 2D-meets-3D Cyberpunk world of ANNO: Mutationem. In this action adventure game with RPG elements, you become Ann: a highly-skilled combat-trained lone wolf on a personal mission in a giant Metropolis, full of sinister mega-corporations, mysterious fringe groups and creatures more bizarre than words can express. 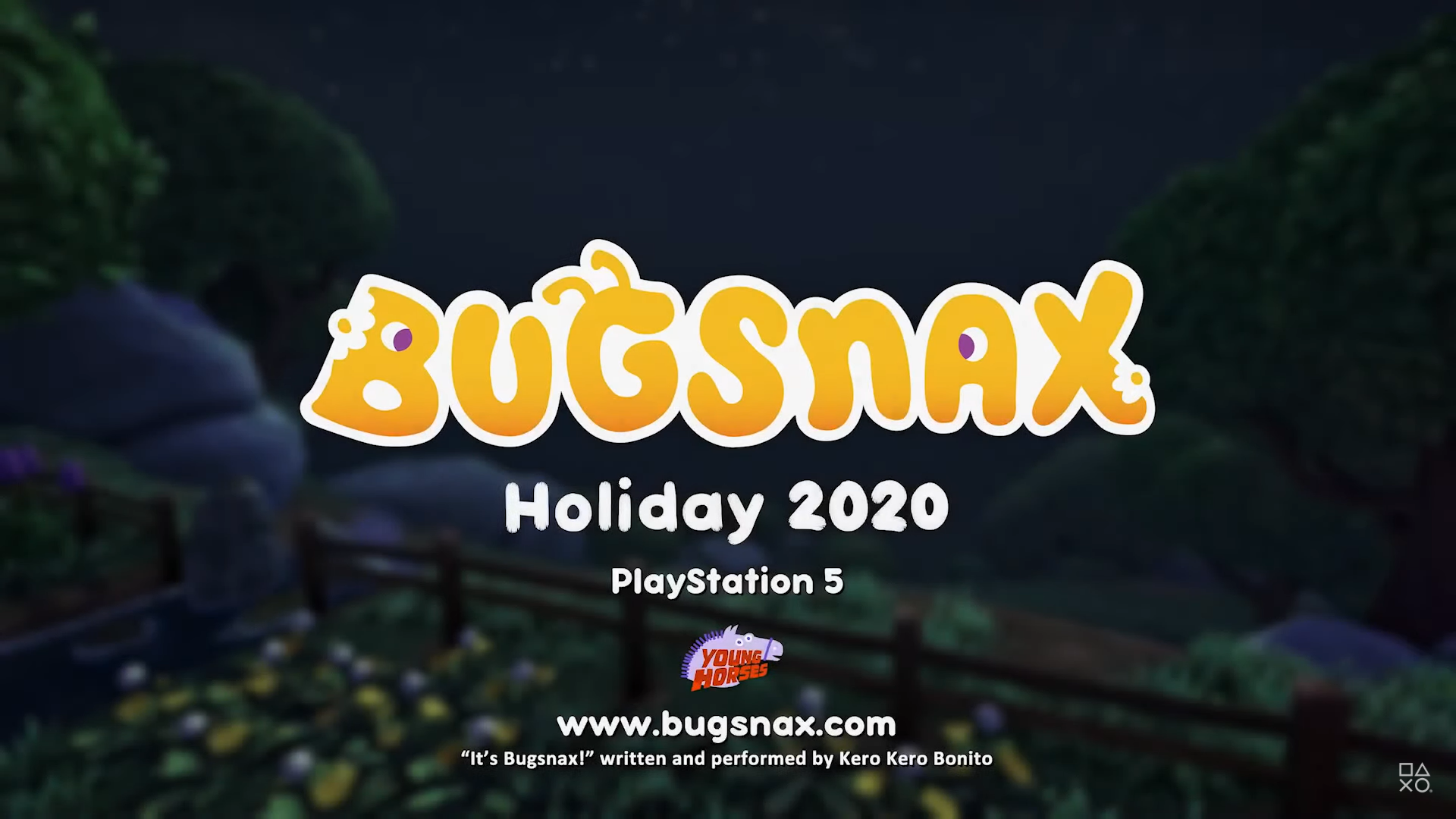 Young Horses has released a new gameplay trailer for whimsical adventure game Bugsnax. Todayâ€™s trailer showcases what players can expect when they first arrive on Snaktooth Island, and a glimpse at the gameplay of the game.

Players can use traps and sauces to capture each of the 100 different species of Bugsnax with their own behaviors and patterns.

Bugsnax is slated to release for the PS5, PS4, and PC via the Epic Games Store in Holiday 2020. 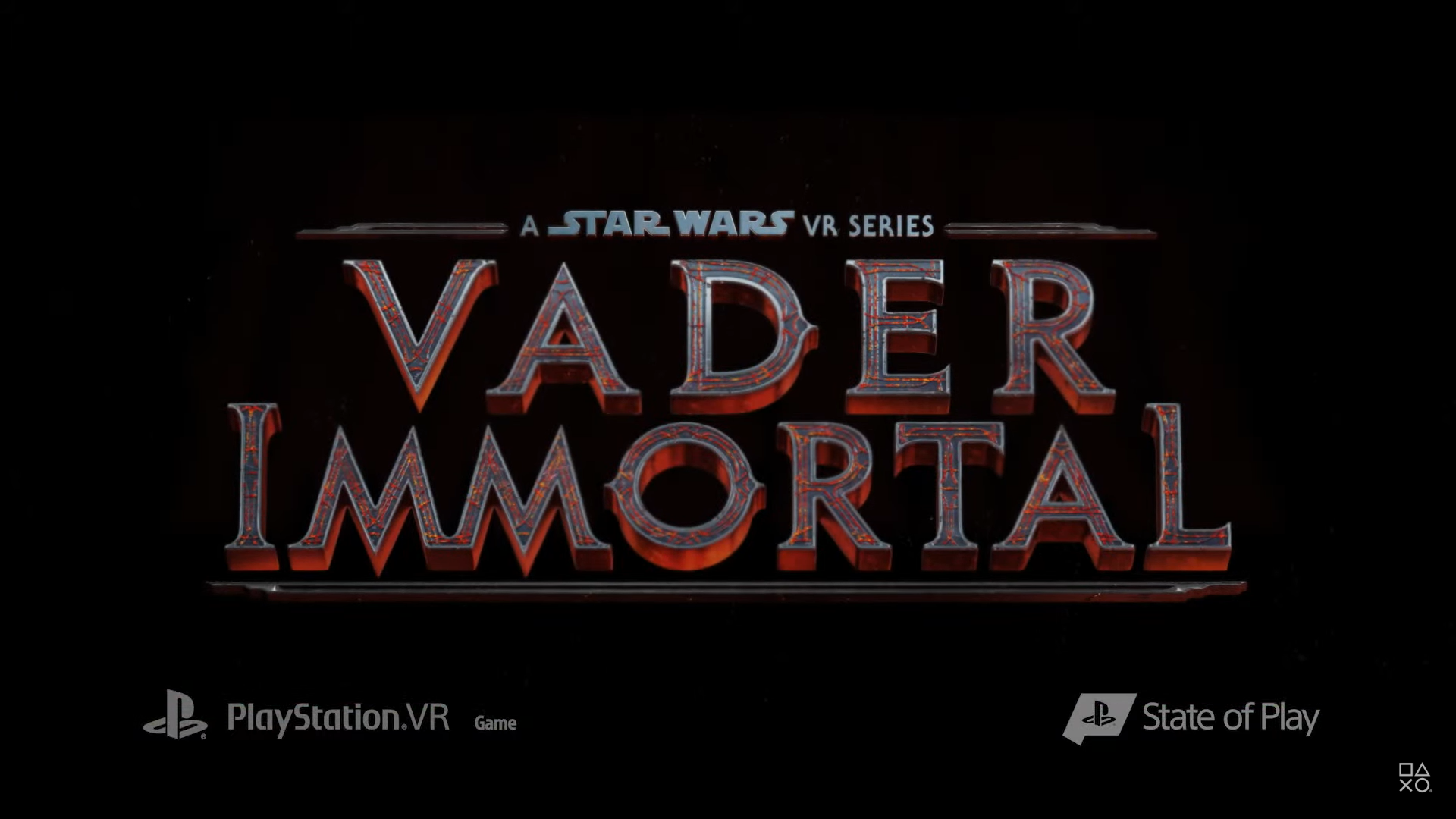 Vader Immortal: A Star Wars VR Series from ILMxLAB is coming to PlayStation VR on 25 August 2020.

Vader Immortal is a cinematic, interactive experience that lets you step inside a galaxy far, far away into the role of a smuggler operating near Mustafar, the fiery planet that Darth Vader calls home. Youâ€™ll find yourself in a grand adventure where you can hone your lightsaber skills, navigate dangers, and come face to face with Vader himself. 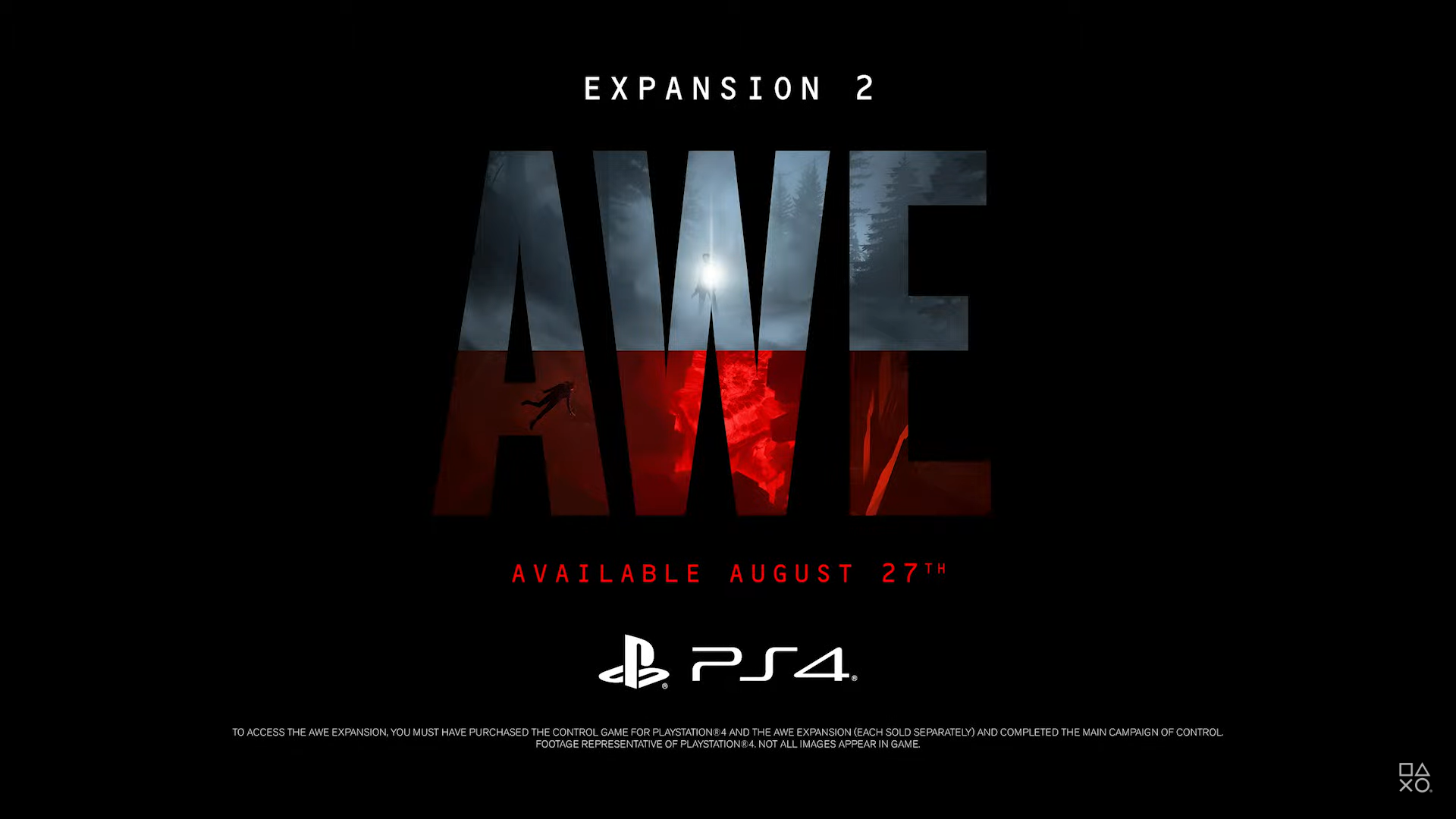 As Director of the Federal Bureau of Control, Jesse Faden must enter the Investigations Sector and confront the creature lurking within this long-abandoned part of the Bureau. This threat has haunted the sector for years, waiting on the other side of the sealed Firebreak.

In order to reclaim the Investigations Sector from its clutches, Jesse will need to explore the numerous Altered World Events investigated here, including one from the town of Bright Falls.

Control Expansion 2 AWE brings new story content and side missions as well as new weapons and mods to the world of Control. Oh, and it seems to cross over the universe of Alan Wake, a previous Remedy title. 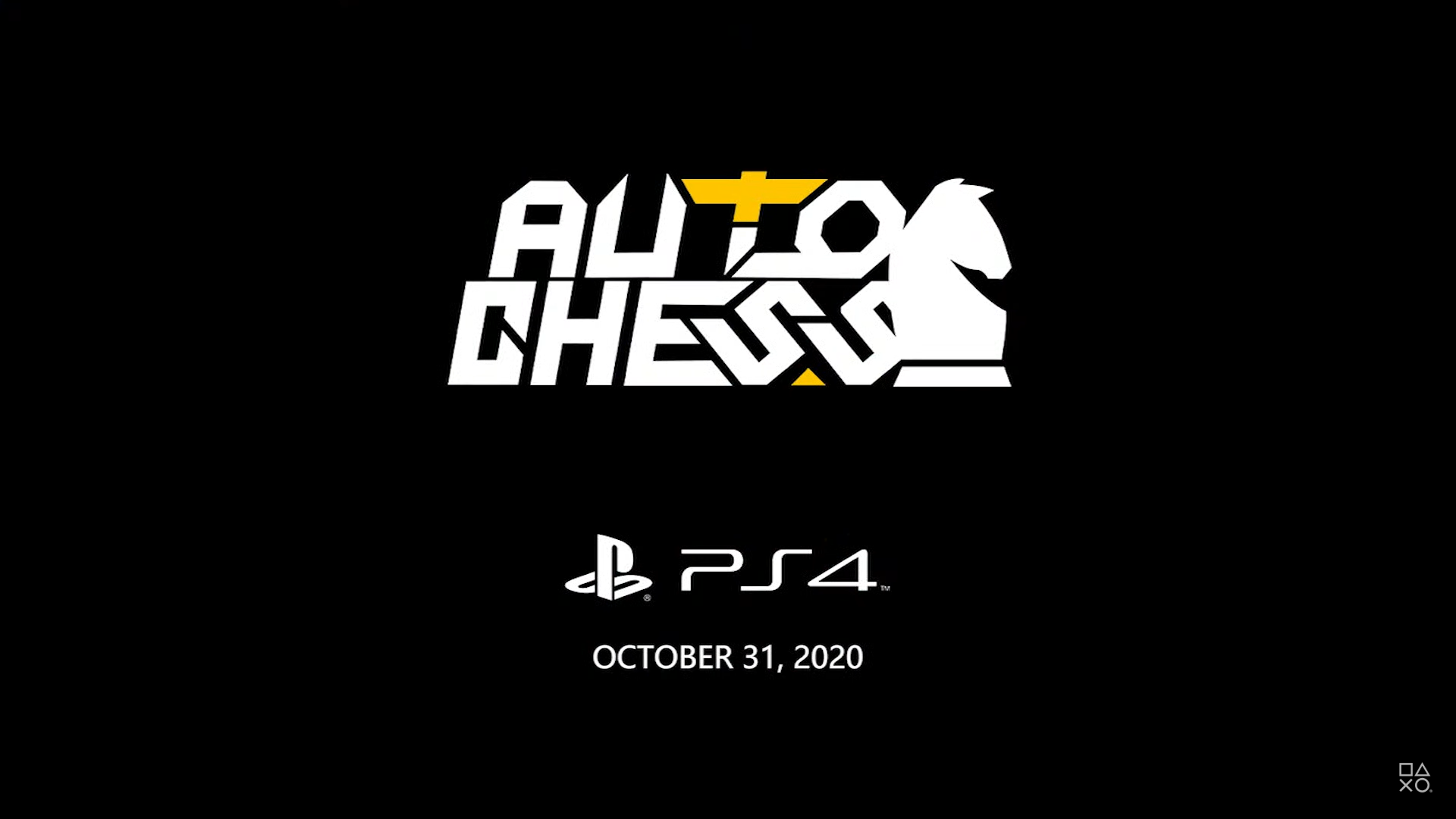 A brand new chess battler strategic competitive game from Chinese developer Chengdu Dragonest is coming to the PS4 on 31 October 2020. 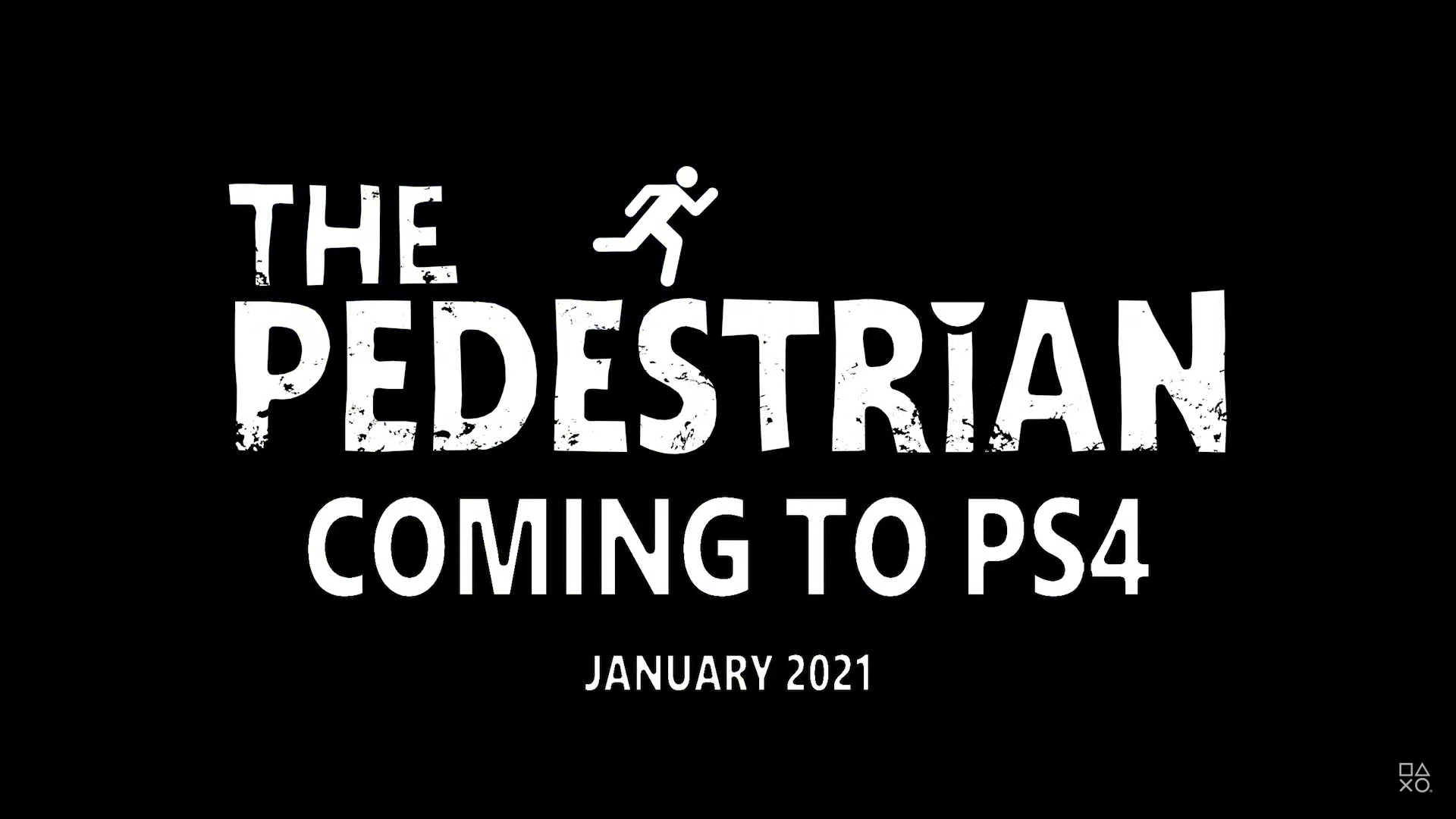 Developed by Skookum Arts, The Pedestrian is coming to the PS4 in January 2021.

Using a node-based system, Enjoy this textless journey, where all ideas are shared in icons and your powers of observation will be put to the test. 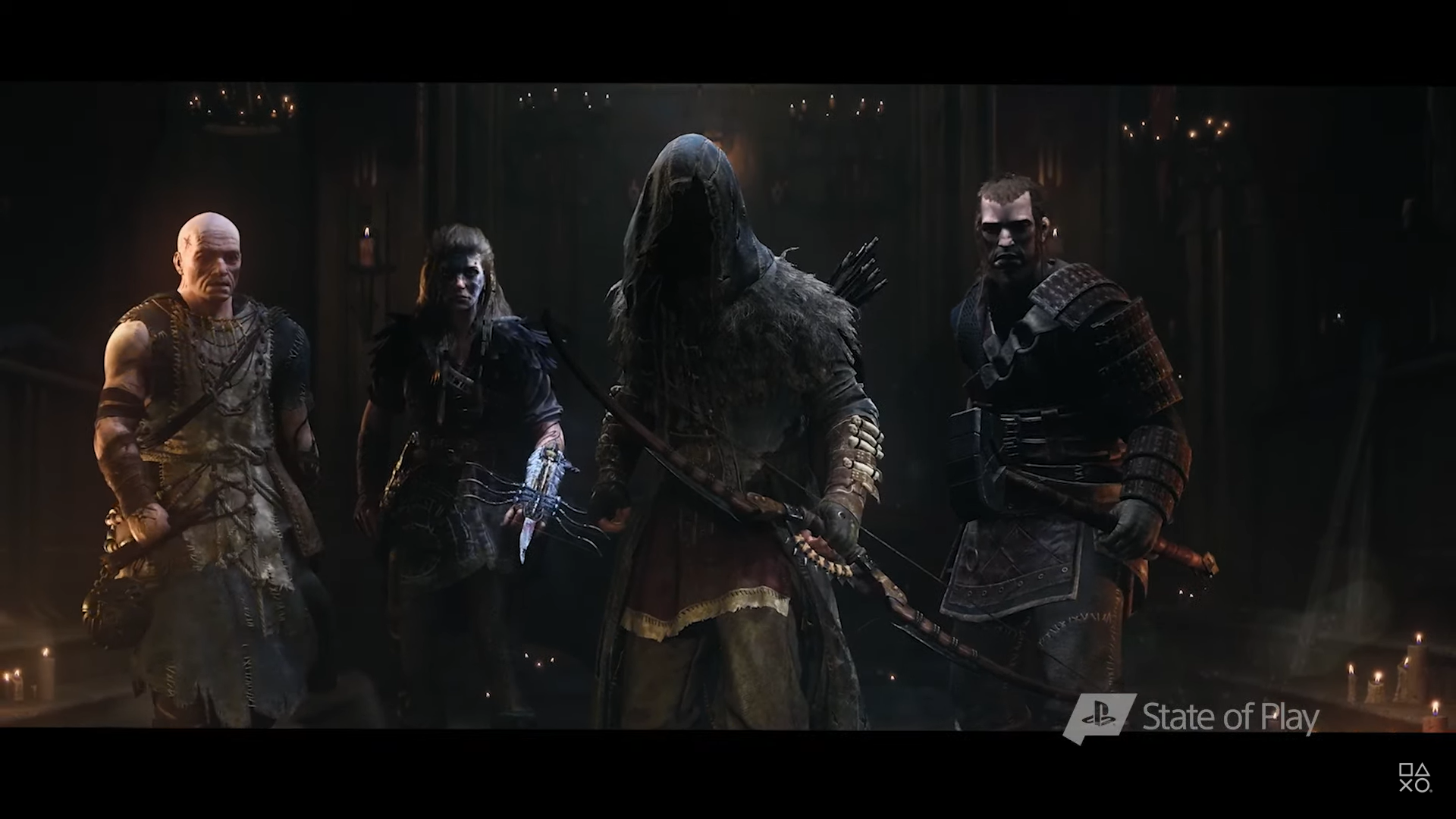 Publisher Focus Home Interactive and developer Sumo Digital have announced Hood: Outlaws & Legends for the PS5, Xbox Series X, PS4, Xbox One, and PC (Steam). It will launch sometime in 2021.

Faced with a merciless, unchecked state, rebels and rogues from every corner battle to claim their place among legends. To win influence with an oppressed people, rival gangs now compete in daring heists to hit the wealthy where it hurts. Folk hero or gold-hungry outlaw, only the best will escape with hard-earned riches.

Two teams of players compete to execute the perfect heist, in environments patrolled by deadly AI guards. Utilise the unique skills and mystical abilities of each character, moving in stealth to steal treasures unseen or dominating through loud and brutal combat. 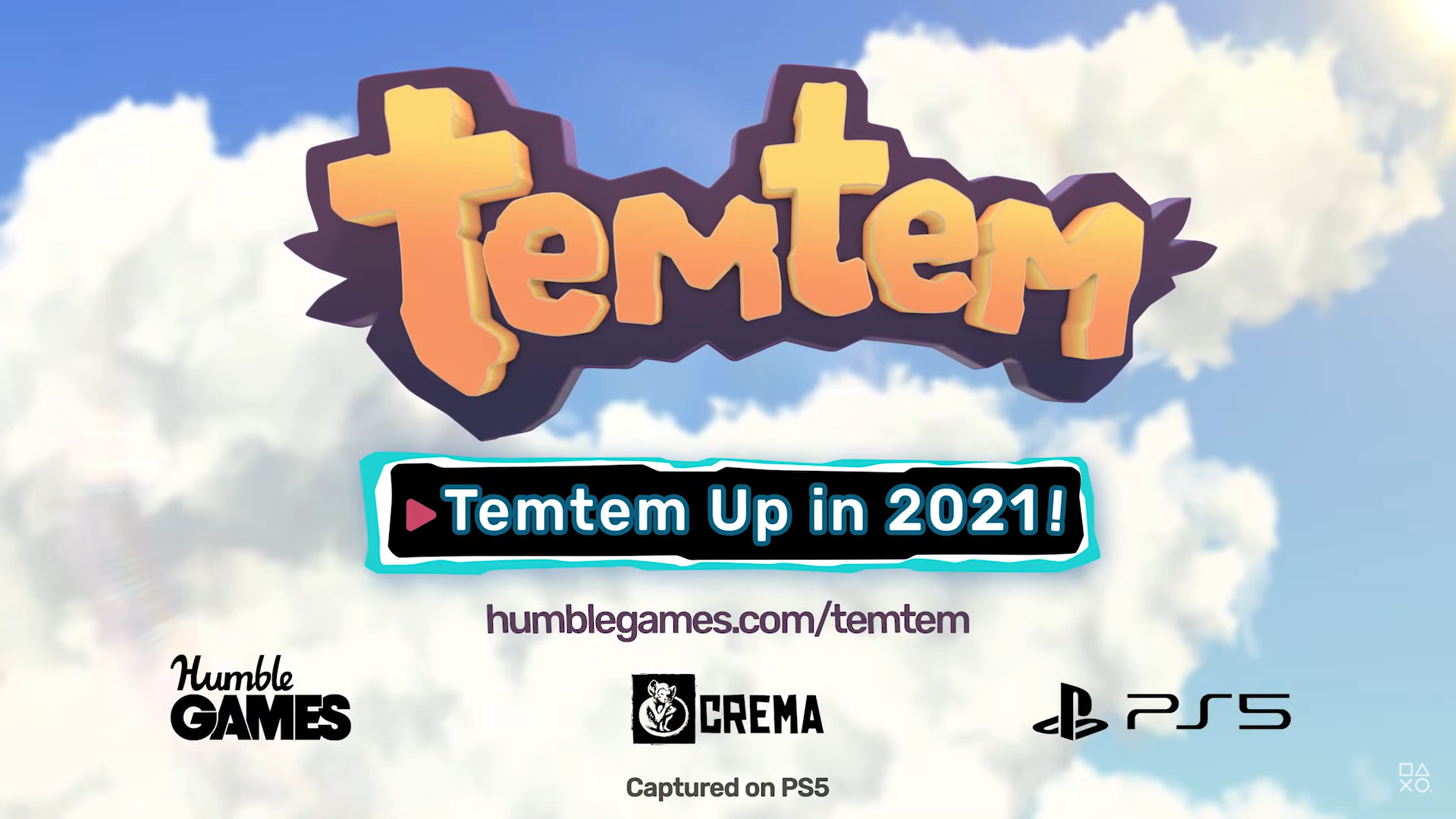 Publisher Humble Games and developer Crema have announced that Temtem will be available for the PS5 when it comes to consoles in 2021.

The massively multiplayer creature-collection adventure game inspired by Pokemon first launched for the PC via Steam Early Access on 21 January 2020, but it is also planned for release on PS4, Xbox One, and Nintendo Switch. 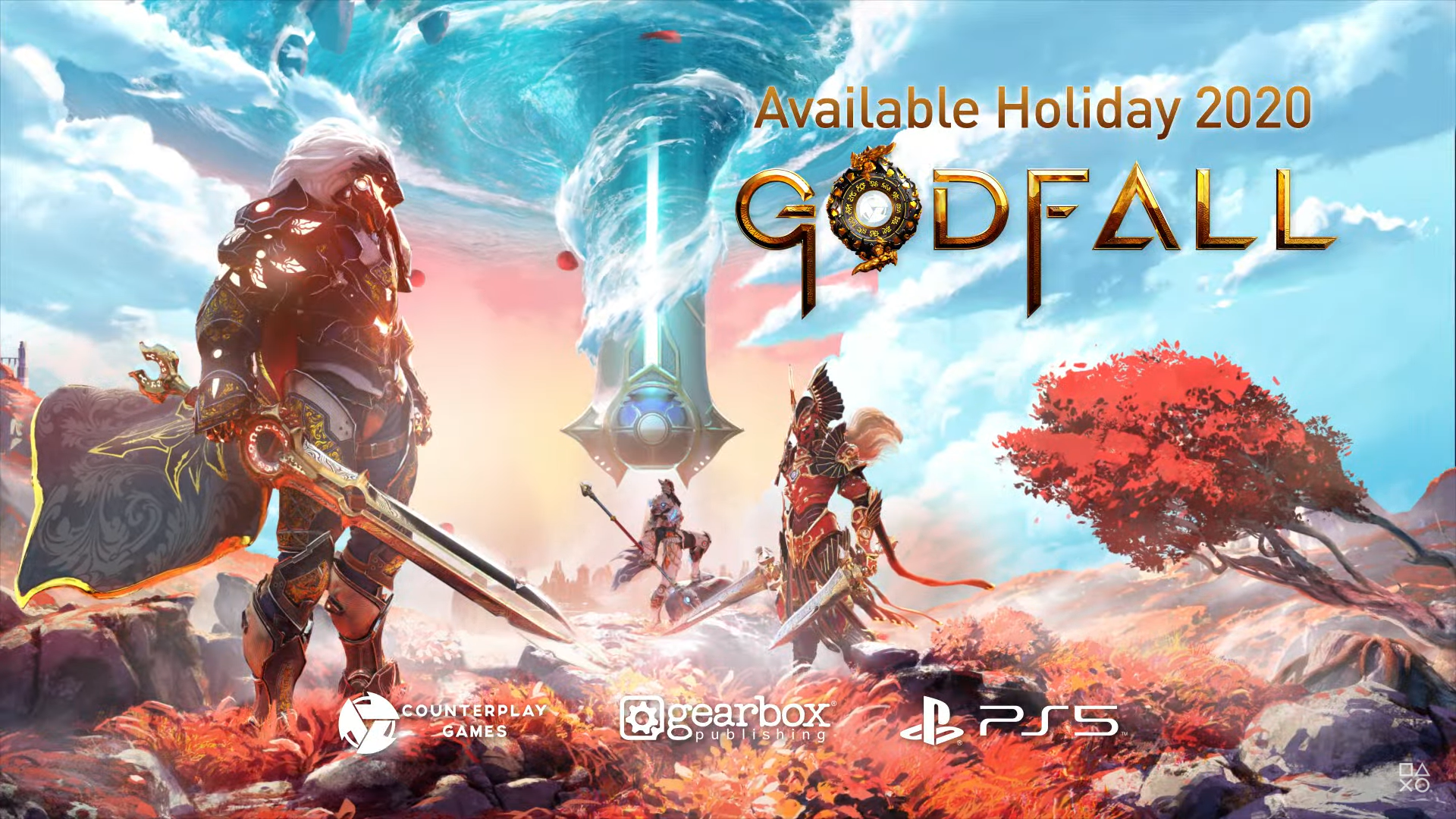 Godfall is described as a looter-slasher melee action RPG. Aperion is on the precipice of ruin. You are the last of the Valorian knights, god-like warriors able to equip Valorplates, legendary armor sets that transform wielders into unstoppable masters of melee combat. Tear through foes as you climb through the elemental realms and challenge the mad god, Macros who awaits you at the top.

Godfall is slated to release for the PS5 and PC via the Epic Games Store in Holiday 2020.

You can also watch the entire 40-minute presentation below:

Riot Games has announced a brand new agent for Valorant and her name is Astra. Astraâ€™s ability kit was revealed on Sunday, and she's powered by...

Atlus just revealed the next trailer for its upcoming post-apocalyptic demon-filled JRPG Shin Megami Tensei 5, which is NOT a spin-off of the Persona ...

Update (20 August 2019): EricaÂ is now available on the Asian PlayStation Store for the price of justÂ RM39. During the Gamescom 2019 Opening N...