Do you know what people hate? Impostors. Especially when one thing you like tries to pretend being what it isn’t for the sake of hitting the mass market or just having a bizarre stroke of supposed genius. For instance, racing game Project C.A.R.S. recently had a third entry that purposely removed a number of key things to make it feel less intimidating for non-driving sim fans. But in doing so, it lost its identity halfway and is not going to impress all but the most forgiving of all Project C.A.R.S fanboys.

DIRT 5, the fifth game in the COdemasters racing series, knows what it is and what it’s supposed to do: be a simple arcade-style rally driving game and just excel in that. While it’s not breaking new ground, it’s at least being honest and leaves the sophisticated and realistic driving bits to its DIRT Rally cousins. 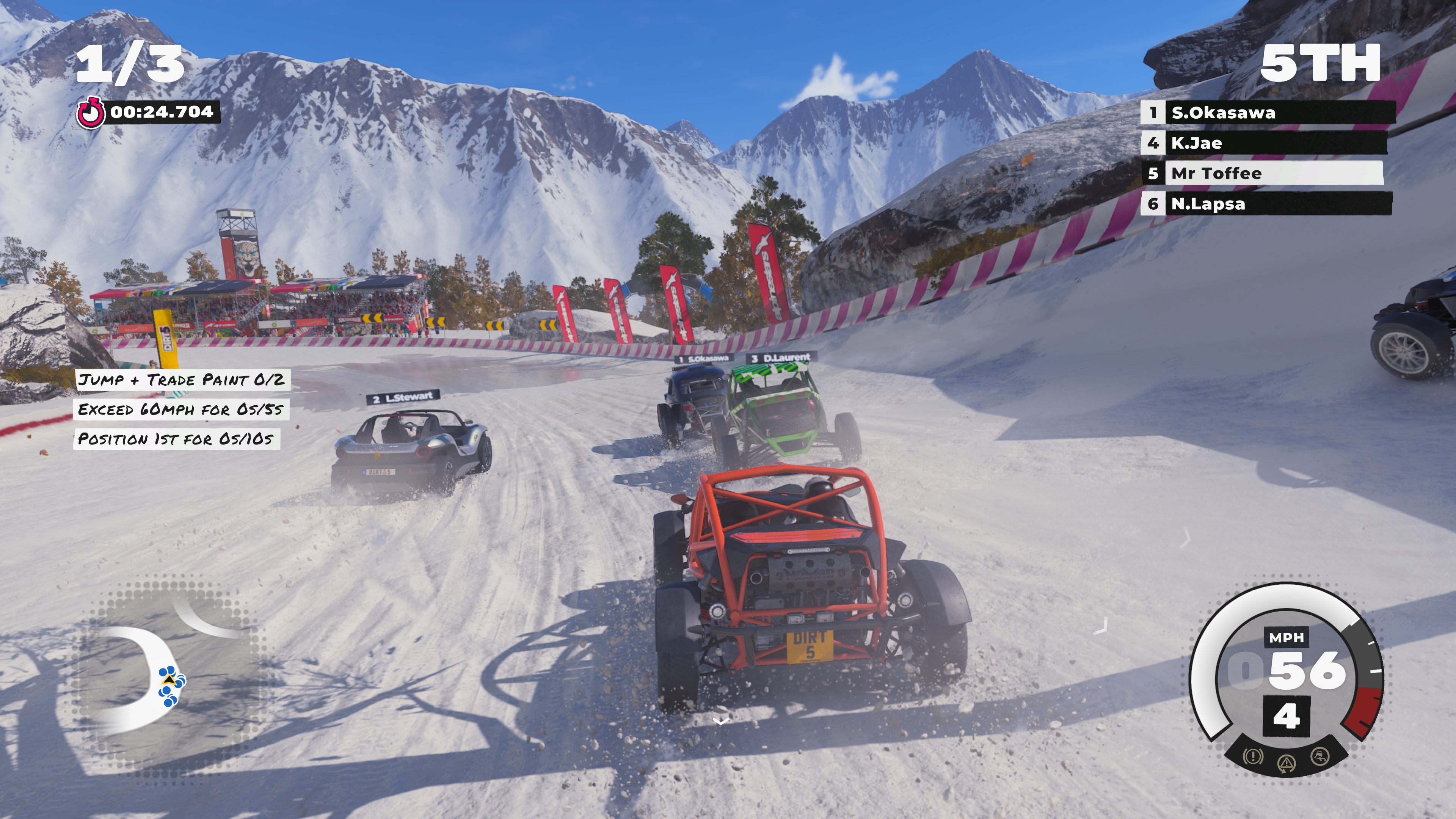 That’s not to say DIRT 5‘s controls are beyond realistic; they’re as grounded as they come but a tad more forgiving than this year’s driving sim offerings. But if you’re looking for individual tweaks and detailed steering, handling, and braking options, this isn’t the game for that. This is the kind of racing game where you worry about getting 1st place by any means necessary. The kind that needs you to memorize tricky turns and sharp corners to get ahead and get the best time. The kind where even simple grading for the cars you use can matter. Fortunately, DIRT 5 delivers these bits just fine.

There’s a Career mode where you’re climbing your way to the top with races & racing events that take you to different locales with their own set of tracks. You get to buy different rally cars for specific races and circuit tiers, but it’s kept simple and to the point. Your world tour racing competition tracksÂ range from the icy skidding of USA’s Rhode Island area to the bamboo maze and muddy hills of China. Whether you’re burning rubber in Italy’s dirty countryside or Morocco’s hill-filled landscape, all of it looks pretty and feel distinct from one another. Some of the Norway tracks like Henningsvaer are lighter fares with more straight roads and peaceful vistas compared to the complex curves and turns of Xinsilong Forest in China.

The tracks too take the day/night cycle system to heart; the sky and weather changes halfway as you go through laps. It’s quite a sight when you’re racing in near pitch-black conditions in China, relying on your spotlights so that you don’t careen off the course. Brazil’s Tijuca Forest also has a ton of curves and uphill drives finished off with a ramp, with the last lap featuring cleared skies after some rain. They do make the races challenging, but they do look good doing so while offering a solid digital dirt rally experience.

With all of these combined, you still get the thrill of launching towards the next landing point off a makeshift ramp or plunging down whatever hill you came down from, but in next-gen form. The game runs great on 1080p and in 4K, whether you pick visual quality or performance mode in the video settings. Even with some screen-tearing and frame rate skips here and there, it generally looks and runs like a dirty dream.

If you want the crazier stuff though and don’t want to settle for “solid”, the Playground and Gymkhana challenges will sort you out. These convoluted tracks and creations are what you expect from a Trackmania title, but grounded. It’ll be nice if these modes took centerstage in the main Career mode instead of a bonus feature, but at least it’s there and will entertain you to no end, depending on the community’s efforts. 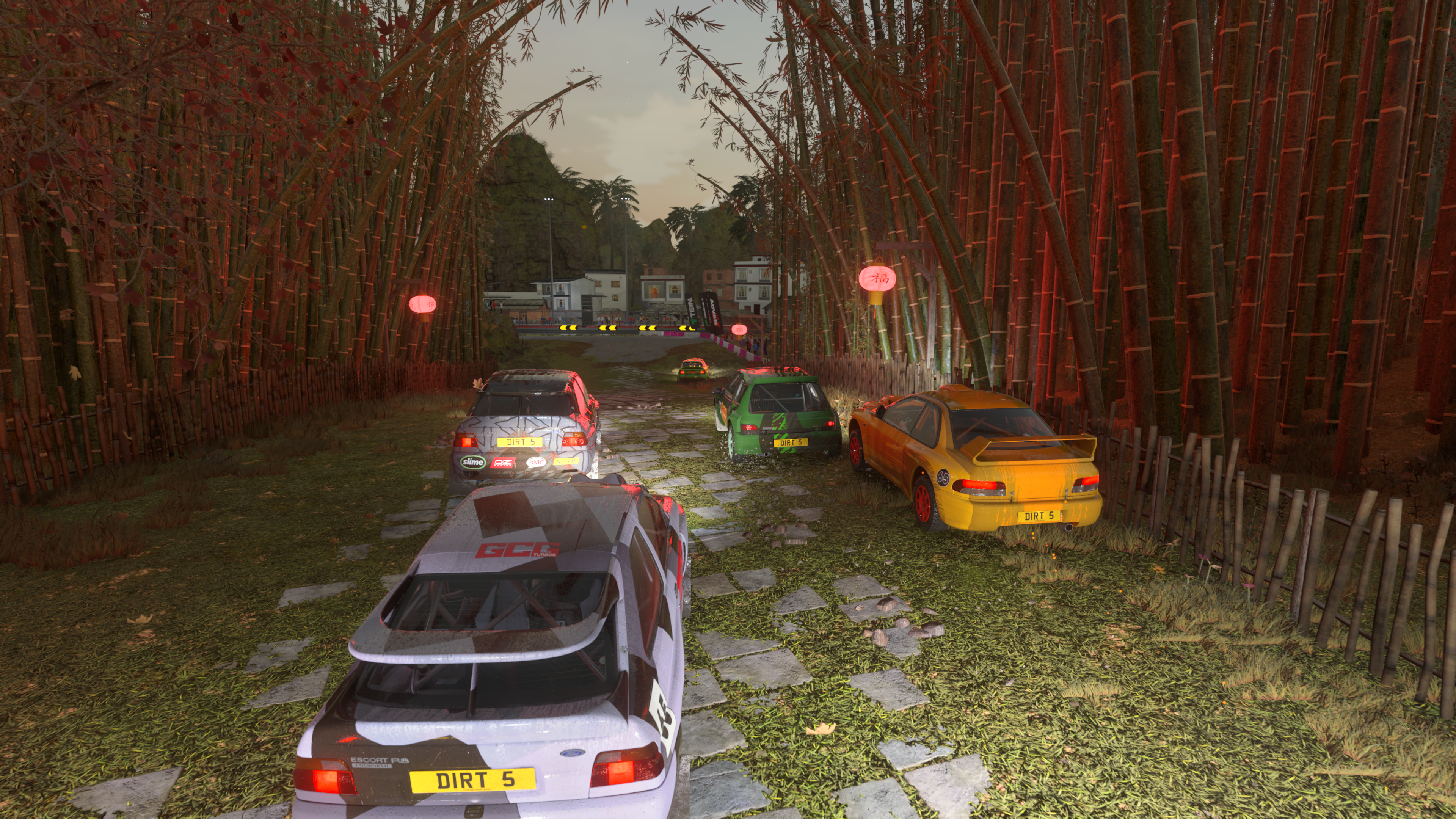 Even if you’re burned out by simulations like Project CARS 3 (a pretty inferior sequel, to be frank), you should give DIRT 5 a chance if you aim for a simple arcade racing game with great-looking frills, noteworthy challenges, and a straightforward path. Don’t expect it to revolutionize racing or rally sports as a whole; leave that to the Dirt Rally series. For now, think of this entry as a mid-season race set between the high-tier stuff. Something to appease your casual racing buddy who wants a mid-tier car-driving title that delivers the fun. 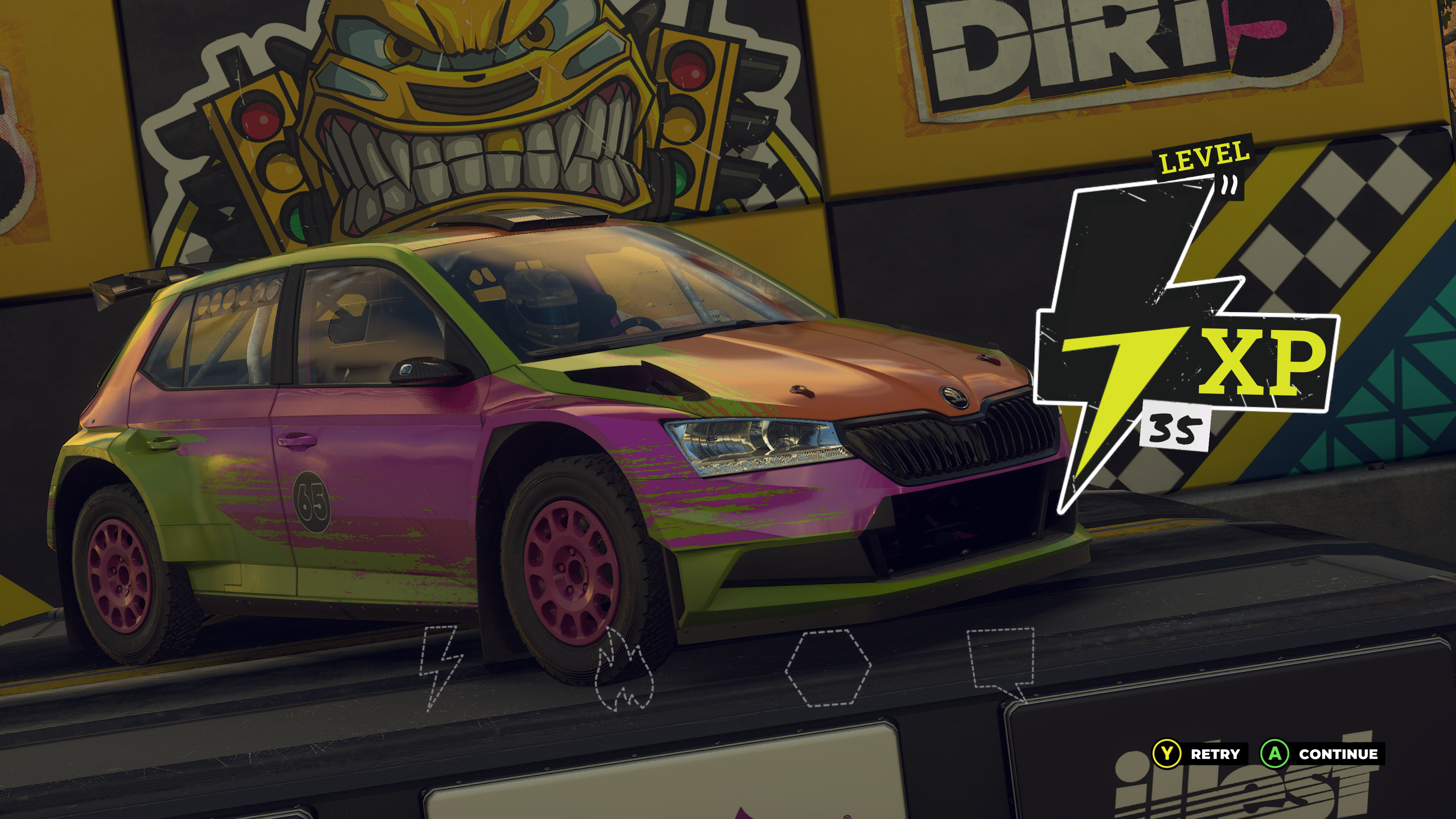 Date with dragons, white walker art piece, and staredowns oh my! Kenn, BuzzPOP's Nik, and Mr Toffee talk about the premiere episode of the final se...

Stray, the newest adventure game where you play a cat in a city full of robots, is out now. And real-life cats are starting to take notice. Players...