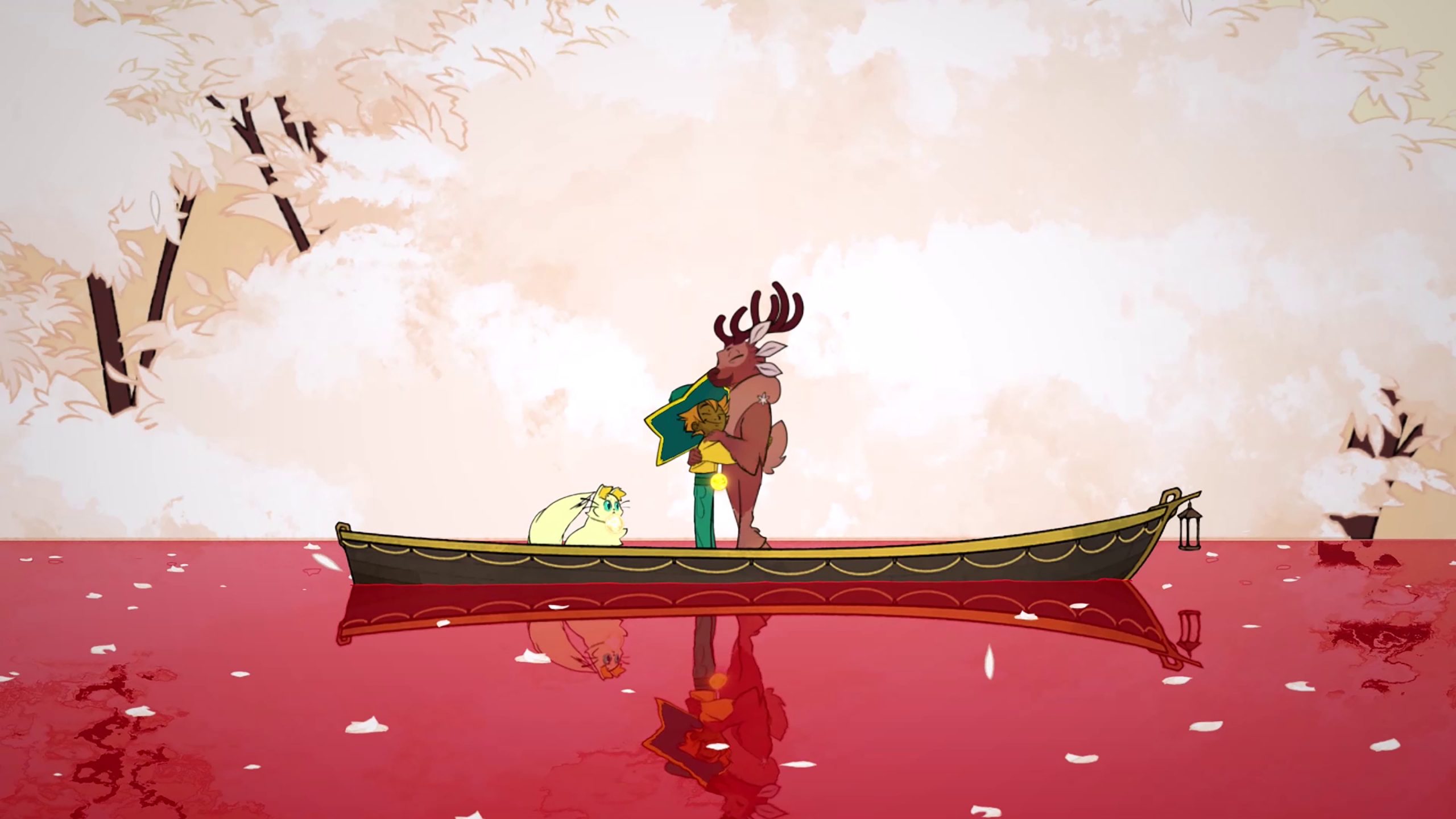 No one lives forever. Unfortunately, that is a fact about life. So we have to make do with what we have and build our legacy as best we can. Or just live carefree; it’s really up to a person, anyway.

Spiritfarer is an indie game about dying and how to come to terms with the inevitable. You play a ferrymaster named Stella who is given the task to build a boat to explore the world and care for the spirits (who morph in animal furry form when they’re on your boat), helping them with their final wishes. Once you’re done completing their errands & quests, feeding them their favourite food(s), making them feel at home with the amenities you can build on your ever-growing boat, you will eventually have to figuratively bring them to the back of the shed and off them.

It’s less gruesome than that, obviously; you just have to head down to the Everdoor, accompany them, and send them to the great beyond. And then the game hits you with its key message: death is a-coming for these spirits, but you still have a chance to help them out somewhat. Whether it’s for some self-fulfillment or other ulterior motives, it’s up to you to interpret within the 20+ hour boat ride.

What is the game exactly? It’s a 2D platformer with Metroidvania and management simulation bits combined. You have to build facilities & stack them up to create and grow resources like food, metal, and all sorts of crafting materials. You also have to do some platforming here and there to find outside resources and powerups to make you navigate and explore the world better. There’s also menial routines like fishing for food, creating fabrics, smelting metals and ores, and crushing objects to build whatever that needs building to placate your ever-grumbling spirits.

But here’s the thing: you want to do it to progress further into the game’s cozy yet somber narrative. The passengers in question range from a rich city girl to a pair of former lovers, to even an uncle you know who loves food and woodwork. There’s even a grandmother archetype who will probably make a majority of players cry their hearts out once you eventually send her away.

And then when they’re gone, the houses and facilities you built for them remain. As you keep the good ship sailing, you will miss the spirits you sent to the great beyond, reminded of their foibles, their quirks, and their chatter. All of this is accompanied by lovely artwork and great relaxing music, combined together for a chill and relaxing atmosphere. Heck, even the monsters you come across aren’t exactly antagonistic; they have a problem, and they need your help fixing it so that they can go back to being friends again.

The game itself isn’t that challenging, but it’s meant to evoke a sense of building and commitment like your Stardew Valley-type management games; most of the fun is to see how your ship grows.Â Most importantly, it doesn’t beat you over the head with its message about coming to terms with the grim reaper. There’s no silly boss to fight or cheesy fade-in montage.

Whatever that’s shown in the game’s narrative and gameplay is subtle and leaves room for interpretation. Granted, it can be easy to put the pieces together, but the game is tactful enough not to treat its audience like children. That’s a design I can get behind.

I do wish the game was a little shorter. It took me about 20 hours or so to wrap everything up; I feel that it outstayed its welcome by about 5 hours. I also wish some of the animations can be sped up. It’s lovely to watch once or five times, but after the 50th time when you’re cutting wood or mining ore with your spirit pickaxe, it gets really old.

And that’s all the nitpicking I have because I heartily recommend Spiritfarer. It’s a different kind of experience in 2020’s sea of depressing triple-A games; it’s high time a title tackles the subject of dealing with death instead of, well, dishing it out casually either with guns or melee. This pleasure cruise of an indie title will leave you an emotional wreck while teaching you what it means to cope with a dreadful subject with an air of serenity and calm.