2D action-platformer games are dime a dozen these days, which is why you need that X-factor to stand out from the rest. In 30XX’s case, it works in a roguelike mechanic within its frenetic ode to Capcom’s Mega Man and Mega Man X titles. Being a Mega Man nut myself, I do enjoy this potential breath of fresh air.

The gist of Batterystaple Games’ 2D tribute is thus: you walk from left to right fighting bad guys, going through jumping obstacles, and defeating the end-level boss. You also get power-ups and buffs along the way. From Cores that power up your movement and default attacks (if you have enough Core energy) to Augs that give you passive stat boosts, you’ll need as many of them because if you so much as die, you start back at the beginning.

All your powers are gone if you so much as mess up a jump or get carelessly hit; that’s the way of the roguelike. However, you can rig the game to your favour because you still keep the currency you earn to permanently upgrade your health and future bonuses before starting a run. The Entropy and Spend Currency teleporters can respectively bump up the game’s difficulty for bigger rewards and net you permanent upgrades for your roguelike run. 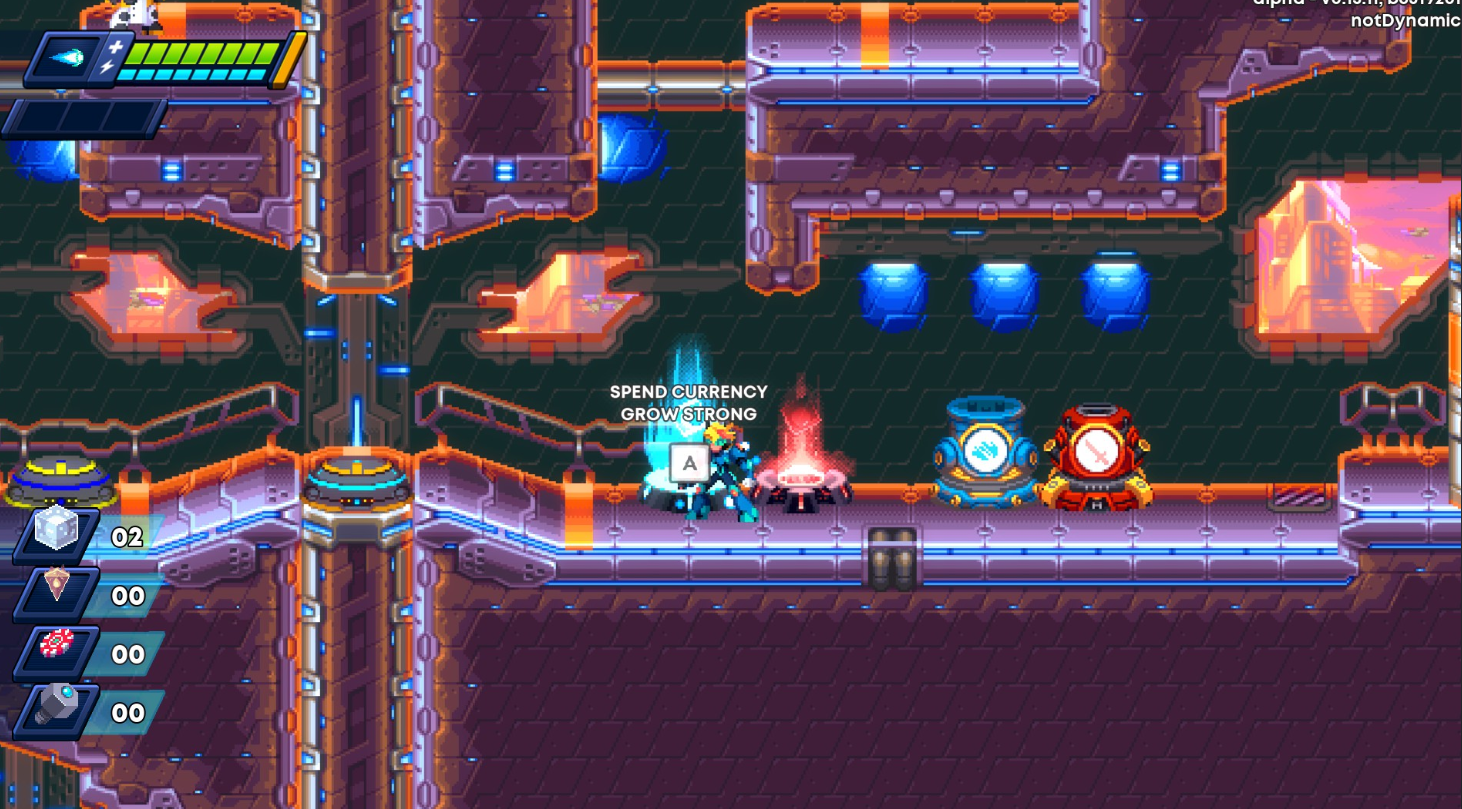 Some things stay consistent in your randomly-generated jaunt though. The bosses remain the same; you’ll keep fighting the routine mid-boss and the stage boss, get their power-ups, and proceed further. With spot-on controls, I felt that the fights were tough yet fair; some stages are a breeze with Nina while others are tough with her. 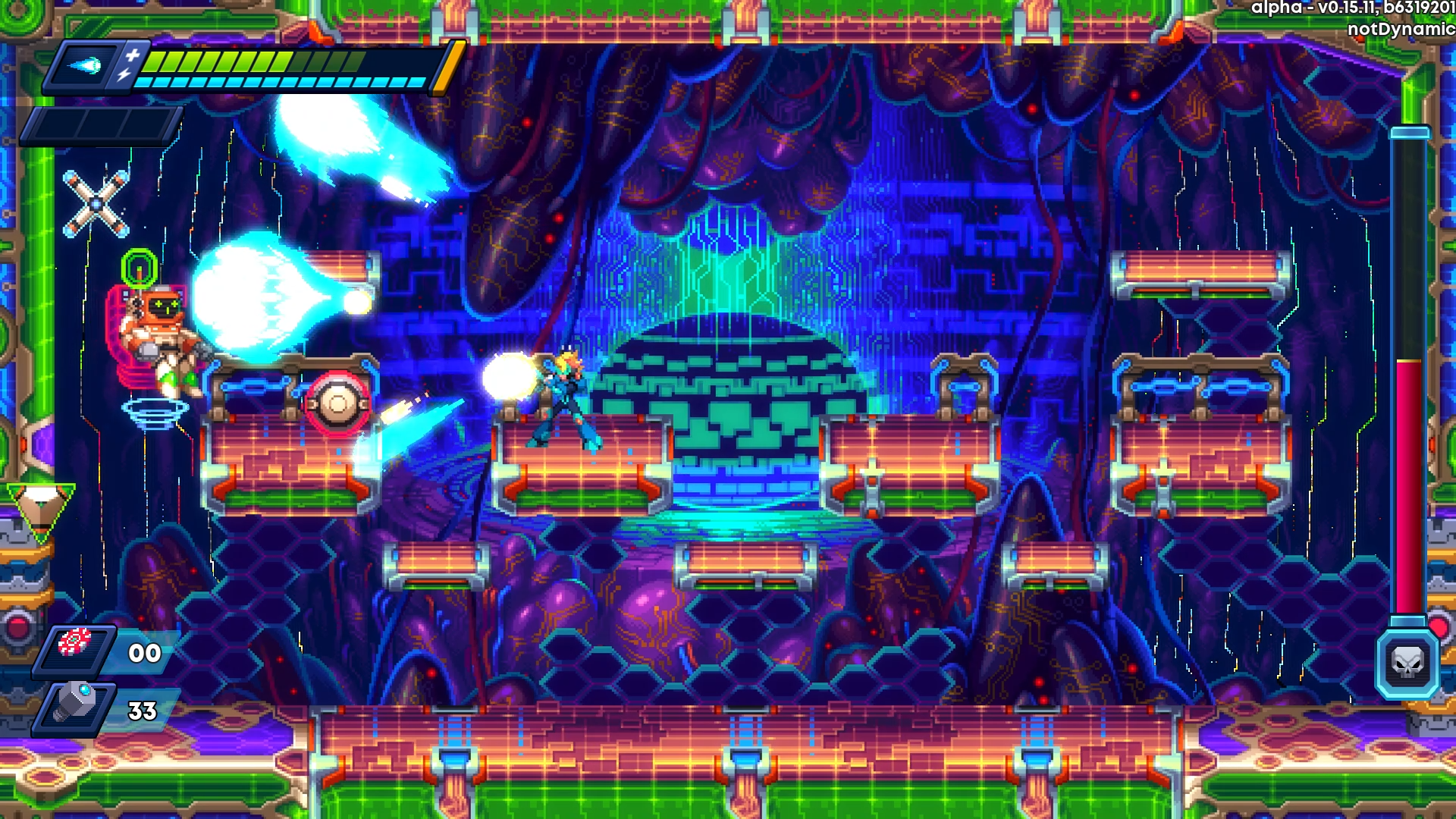 Speaking of which, you get to pick either Nina or Ace for your run; Nina is the Mega Man/X archetype (X-buster shot, charged shots, boss weapons involving projectiles and shields), while Ace is the Zero archetype (close-ranged saber attack, ninja techniques). Both of them play great.

I went with Ace all the way with my playthrough of all the stages; I was quick with the attack button to use the three-hit saber combo to kill anything within reach, but I also have a long-ranged attack that uses weapon energy. Nina is also a hoot to play since her buster shots are essential in killing foes from afar. Both these playstyles are just what you expect from a great Mega Man game: responsive and easy.

One perk that’s worth mentioning: weapon energy regenerates really, really quick if you’re using Ace. He only has two energy bars for weapon & skill usage, but his close-ranged style means he needs near-limitless access to helpful tools to mitigate his pathetic range. No need to conserve energy when dealing with enemies you can’t reach; just use your flame uppercut facsimile move and you’ll get your energy back in a second or so. Nina has a larger energy bar, but cannot regenerate. Luckily, health packs double as energy packs in 30XX.

The challenges in the 2D space you’re in are numerous, from tricky platforming to even a monster that mimics Nokia’s Snake in movement and attack pattern. Thankfully some modern gaming sensibilities come into play; every obstacle and enemy will only hurt you for one energy bar. No instant deaths or cheap tricks; you can still progress even if you fall down a bed of spikes, but you’re only taken back to the beginning of the obstacle. However, your invincibility period when hit is really short, so you need to move out of harm’s way fast unless you want your life to keep degrading unnecessarily. 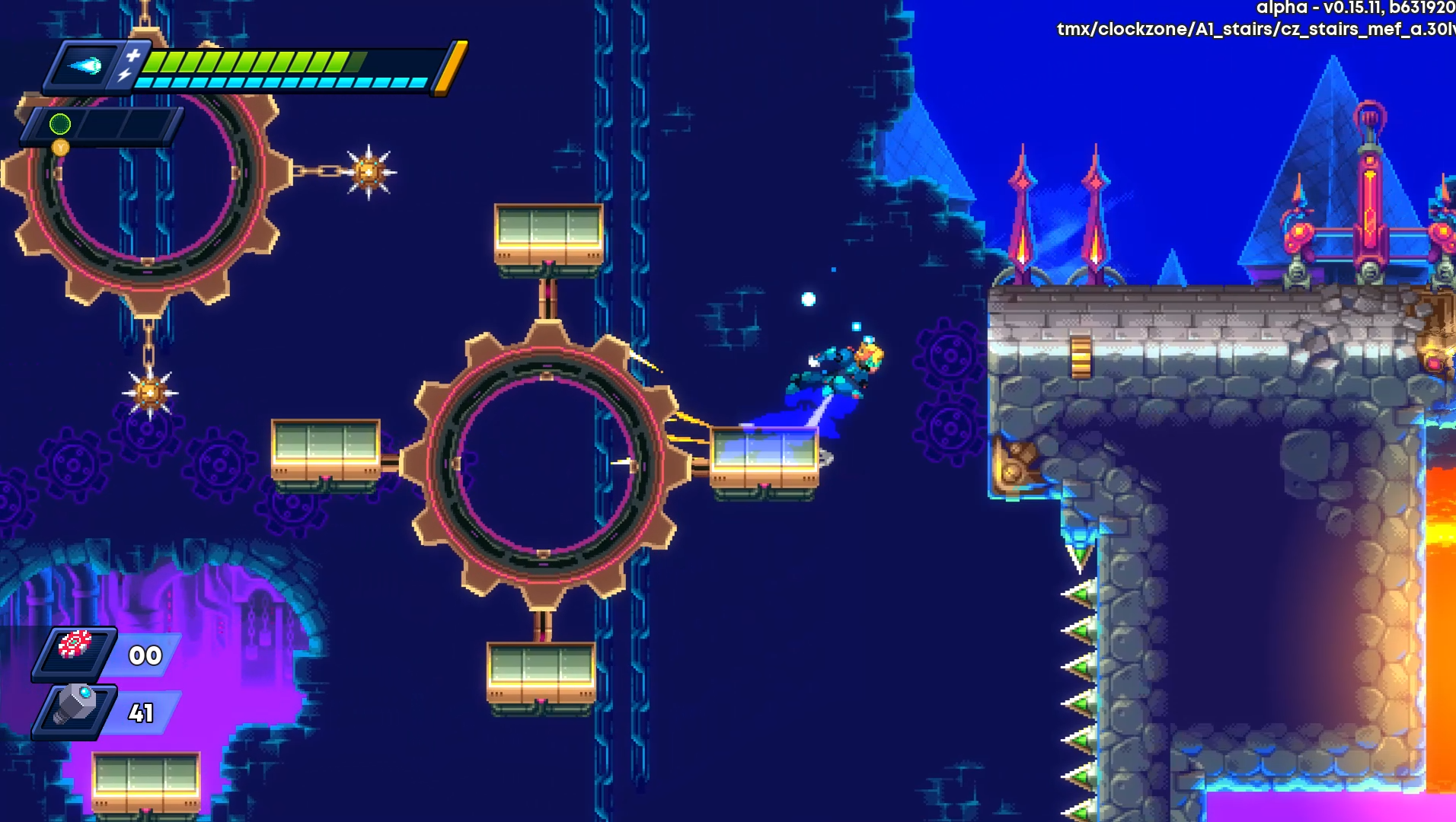 All these changes and roguelike element do make this just more than a standard ode to the Blue Bomber’s past titles. And the tributes & touches in 30XX are numerous, from the way some enemies acting similar to Mega Man staples like the mecha bats, to even how both Nina and Ace freeze frame into their last action when entering the patented Mega Man boss door. In fact, if you want to play it the old-school way, you can pick Mega Mode which gives you the standard 8-boss-in-any-order selection screen, as well as letting you keep your acquired power-ups even if you die.

The only issue I see here is that the randomly-generated enemies, stages, and tilesets may get boring once you’ve gone through them for a good number of hours. Still, this is a good opportunity for Batterystaple, since 30XX is now in Early Access on Steam; this gives them ample opportunity to get the feedback they need and cram in as many elements into its procedurally-generated engine as humanly possible.

Mass Effect Legendary Edition was finally confirmed in February 2021 for a 14 May 2021 release date. Now, EA and BioWare have unveiled the full detail...

Street Fighter V Champion Edition is finally going to release on 14 February 2020, which is this Friday. In addition, registration is now open for the...

Few things are constant in life, just like a Call of Duty game announced and released every year. Activision just announced its latest game/update/sho...