Darkest Dungeon 2 has the makings of a great GOTY nominee for next year (or the next depending on its development schedule). While in Early Access form, the base computer role-playing game of getting your group to the top of the mountain while fending off insurmountable odds in forms of lush-looking and meaty turn-based combat seem pitch-perfect. It’s challenging, yes, but that’s the core of Red Hook’s meal ticket: to reward you for taking the road with the most strife. 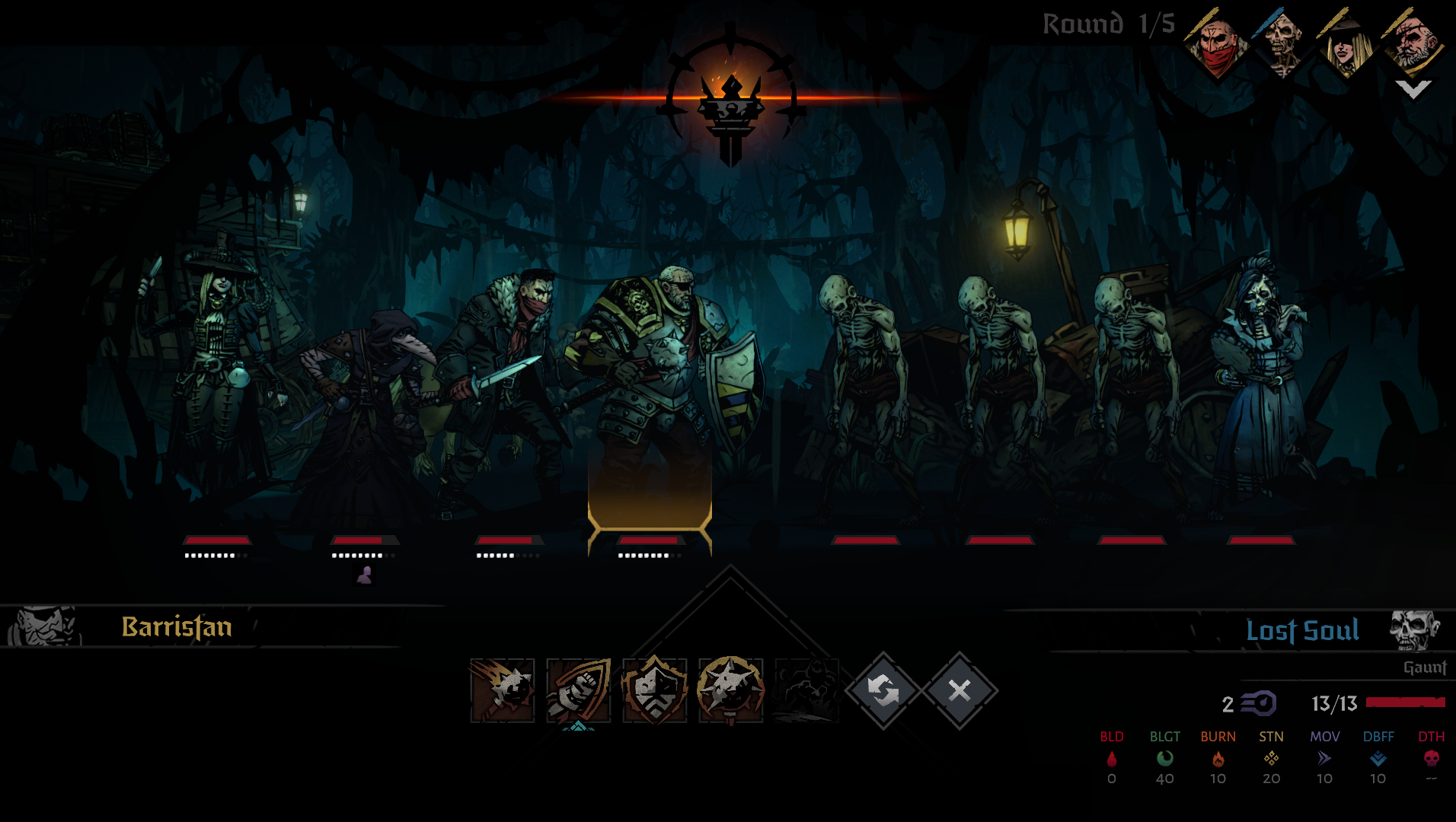 Whereas the first Darkest Dungeon takes its time in letting you in on the turn-based combat and dungeon romps, as prep time and party management is a fundamental part of the first game, the sequel just lets you loose from the get-go. The sequel is a roguelike where death means restarting progress albeit with some permanent upgrades you get to keep forever.

You start off in a cart with your merry band of warriors (Man-At-Arms, Graverobber, Plague Doctor, and a few new and returning classes), driving it to your main destination while making pitstops at inns for respite and light-charging. Yeah, your torch is the only thing that’s keeping you illuminated on the dark path filled with dangerous encounters and fights. You may come across treasure, opportunities to boost hope (that powers your light), and even learn a bit about the party members you’re with.

But in most cases you’ll be waylaid by highwaymen, monsters, and overpowered cultists. Darkest Dungeon 2 will challenge you always, push you to the brink of extinction, and make you fail. And you’ll be doing a ton of runs after many party wipes, getting the hang of things, how the combat works, how your party members fare, and everything in-between.

The game’s stress system takes a different turn now. You now have to worry about it creeping up quick during the journey. There are 10 pips of stress per party member. Anything from taking damage to riding in a cooped-up carriage for long will build that up bit by bit. When it reaches 10 and max, he/she will freak out, take massive damage, and sour the relationship with whoever he/she is trying to team up with.

Managing stress is much more taxing in this sequel since it builds up over time, can blow up in your face, and continue on until your party is demoralized, leading to a dead party. Fortunately, there are spells and items you can use at inns to decrease and manage this. And you’ll need to do this and also manage relationships.

A good relationship between party members will make them do more assists and criticals in fights. A bad one means missed turns, missed attacks, and other sorts of bad things that will give your enemies the advantage. 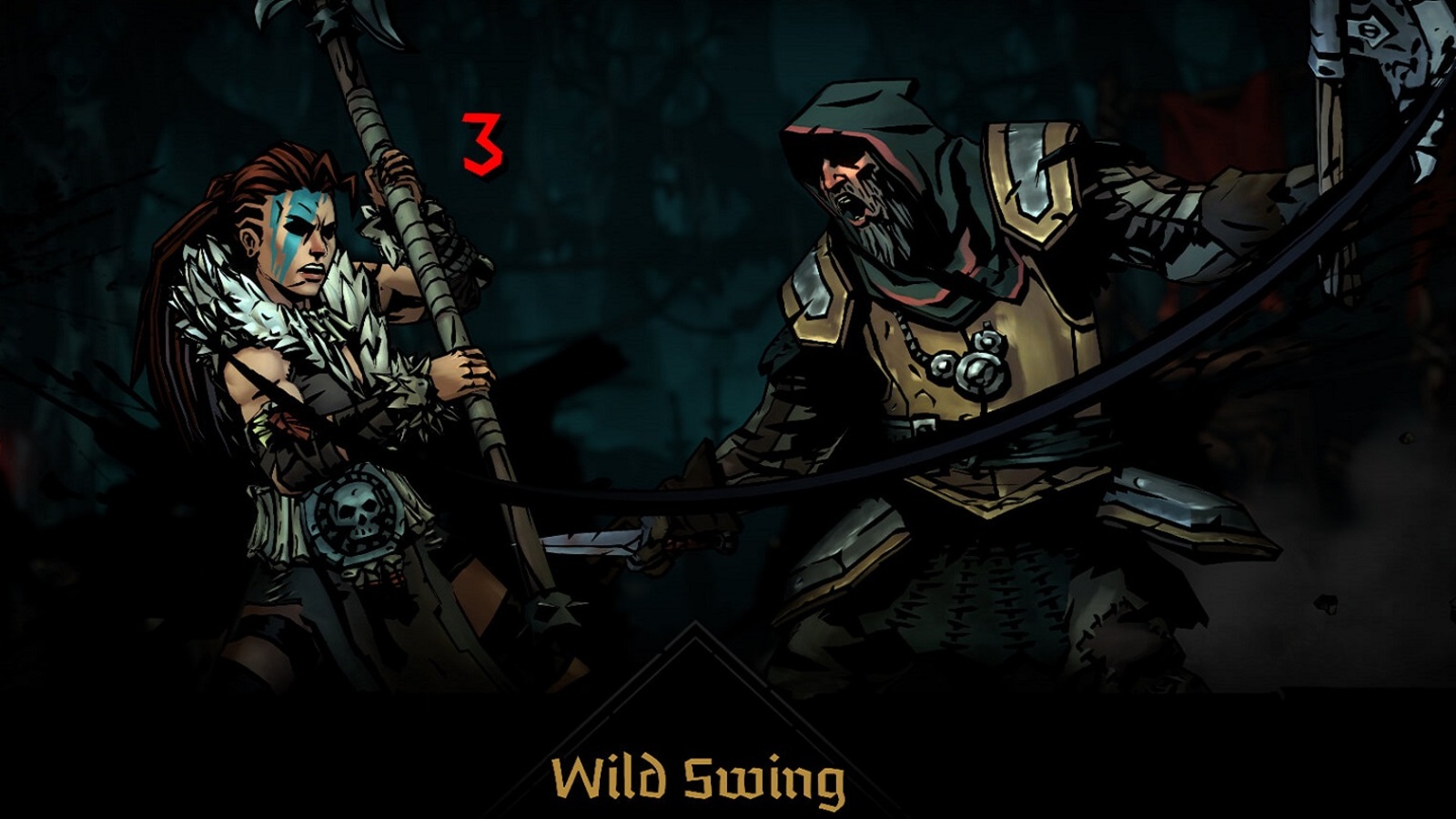 Darkest Dungeon 2 also does a great job at fleshing out its cast members while also giving them gameplay-enhancing boons. There are Enlightening Shrines scattered throughout the game. Going into one of them gives you the option to see one of your party member’s backstory.

Pick the absinthe-loving Graverobber and you’ll find out about her rich life before her current predicament. Best of all, she gets a permanent new skill that you can use at the start of a new run. Examples include the useful Dead of Night that clears a corpse in the way and gives her 33% healing. 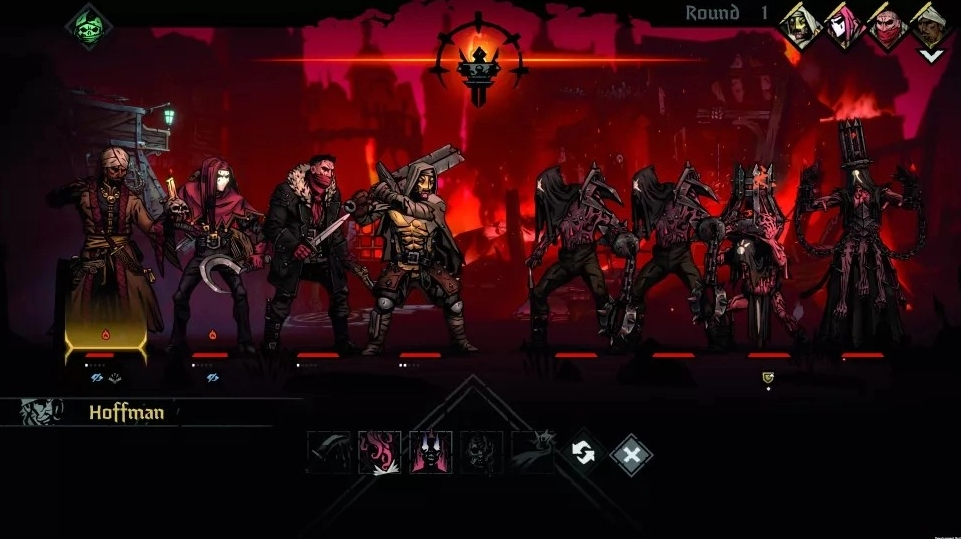 Even in its Early Access form and the game’s need to tweak the difficulty further, the game’s combat, aesthetics, and overall tone and feel are incredibly promising. It may be next year’s Hades: a long-running game that’s still a work in progress, but will most likely impress by the time it’s ready.

And I do hope people turn Darkest Dungeon 2’s combat animations a thing on Twitter. Seeing the wind-up, action, and wind-down for all my party members and abominations I’m fighting does make the sting of eventual defeat a little less severe. And to add to that, I am a fan of the Runaway class’ animation.

Darkest Dungeon 2 is out now in Early Access form on PC via Epic Games Store.

Call Of Duty Modern Warfare and Warzone Season 6 has arrived, and players can look forward to plenty of new content. Pulling into the station for ...

The Shin Megami Tensei music concert that took place this March is now available in music form on Spotify. The concert in March focused on live mus...

Starting with Windows 11, PC users will no longer have to rely on shoddy third-party apps to download and use Android apps. Instead, with the upcoming...