Monster Hunter Rise Weapons Guide: Which One Is the Best for You?

The Japan-inspired setting of Kamura is filled with monsters both new and old that seek to terrorize the wildlife. With various ecologies to explore and an assortment of tools at your disposal, Monster Hunter Rise offers a fresh experience for players determined to slash some monsters and bring balance to the ecosystem.

The game is all about fighting monsters, and with combat being at the heart of the experience, players will no doubt want a weapon that best suits them for all the grinding ahead. The beauty of a series like Monster Hunter is that it has a massive list of unique weapon types, catering to all kinds of playstyles.

Monster Hunter Rise has 14 weapon types for you to try out. Hereâ€™s a list of them and an explanation of their playstyle: 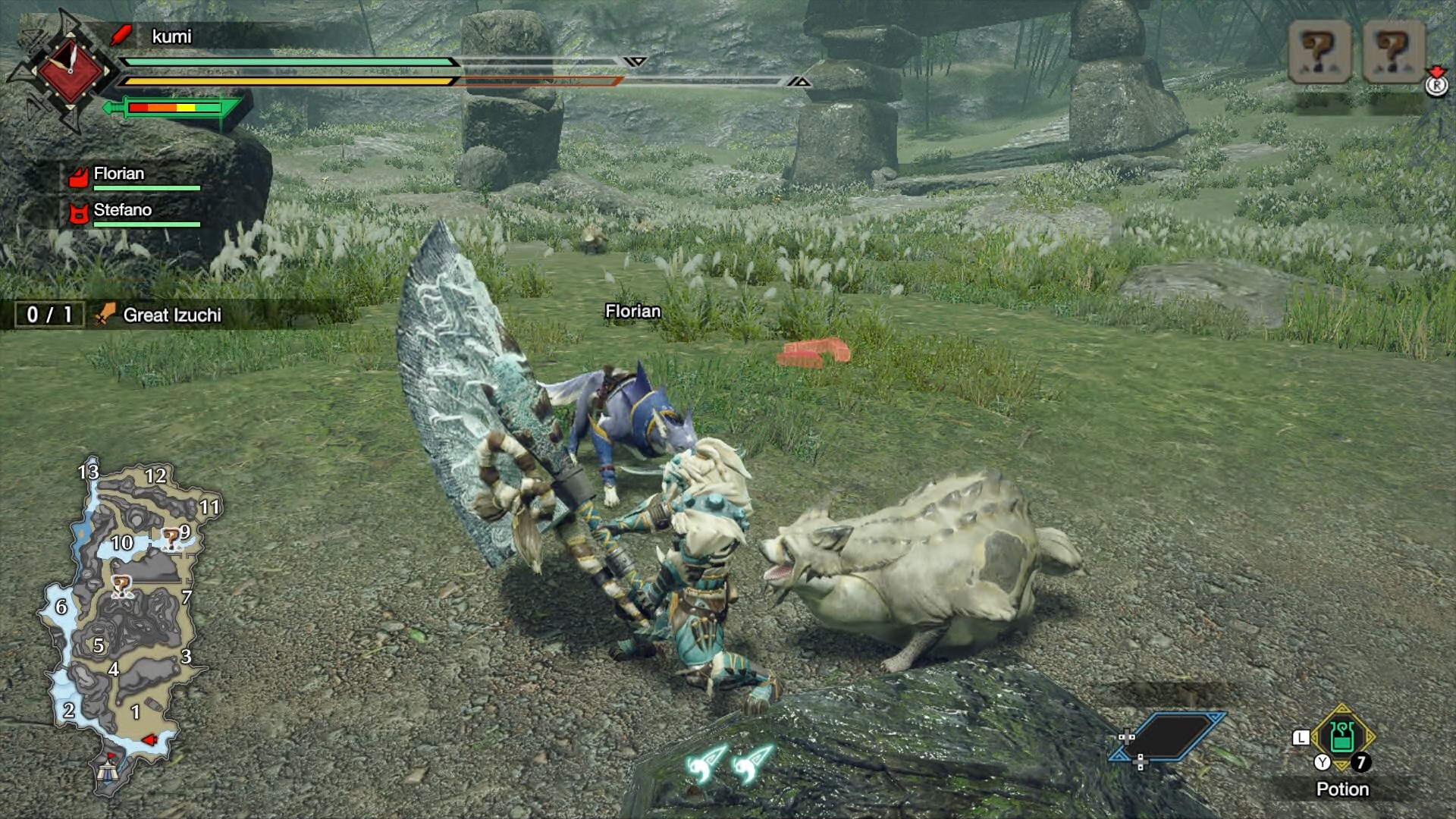 The Great Sword is a Monster Hunter classic. Itâ€™s a standard weapon designed for beginners with a straightforward, albeit slow, moveset. Though weighty, any successful hits are guaranteed to deal a decent amount of damage.

If youâ€™ve positioned yourself just right and the monster isnâ€™t going anywhere, you can even charge your attacks to deal some extra damage. Sword and Shield has great appeal due to its utility among other weapons. You can guard against attacks fairly easily and also use items with your weapons out. Beyond that, the Sword and Shield also hosts a variety of different attacks and combos. Itâ€™s a weapon thatâ€™s perfect for action veterans due to its quick attack recovery and simple controls.

If youâ€™re skilled at character action games but have never tried Monster Hunter, this may be the one that will feel most at home for you. 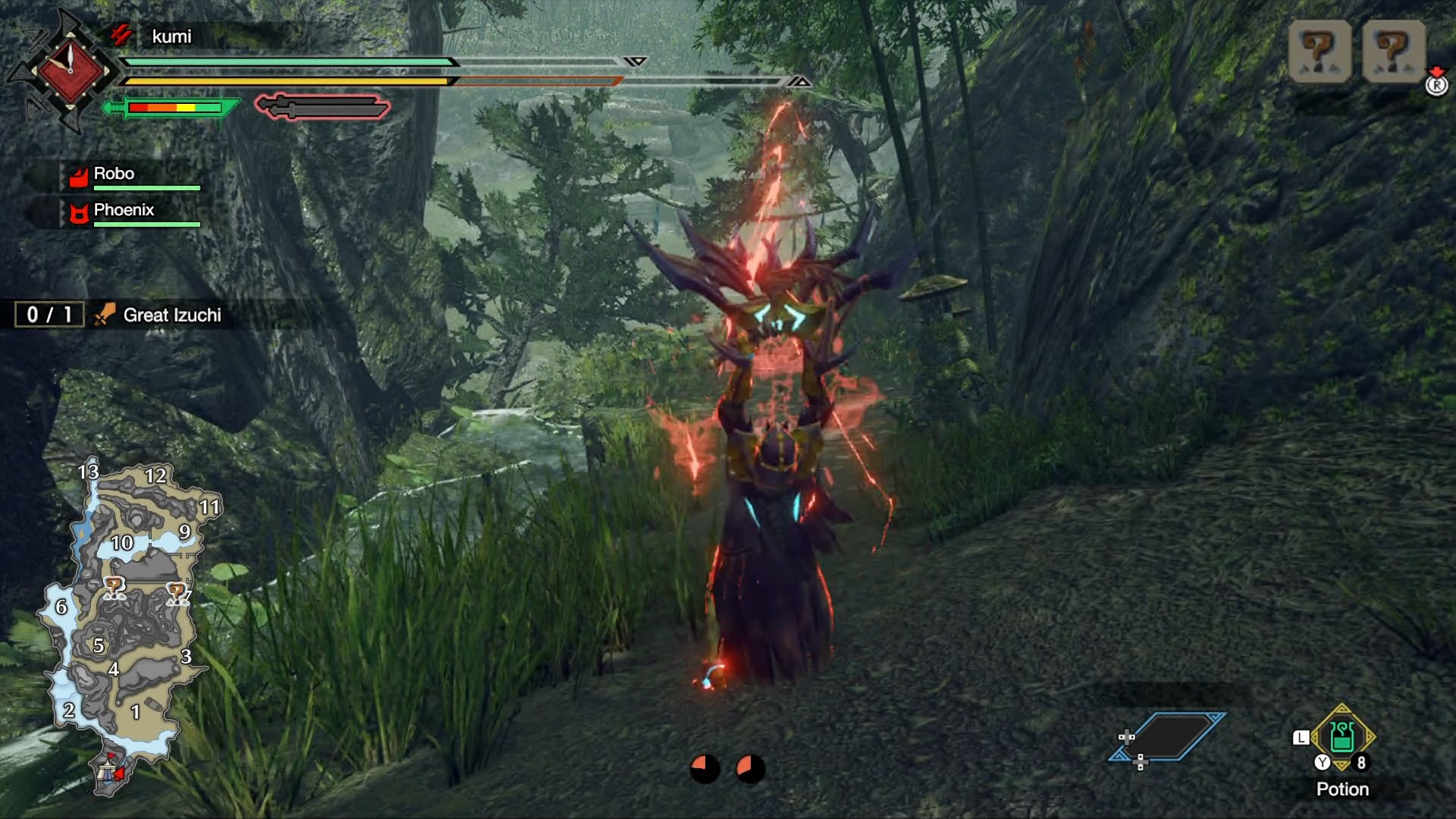 The Dual Blades are designed quite simply for players who want to move fast on the ground. The ground mobility provided by this weapon is unparalleled, making it exceptionally easy for hunters to move in and out to whittle away at all the right angles of a monster.

Itâ€™s a weapon thatâ€™s infamous for its Demon mode, which greatly boosts the hunterâ€™s attack speed and damage, turning them into a merciless killing machine. 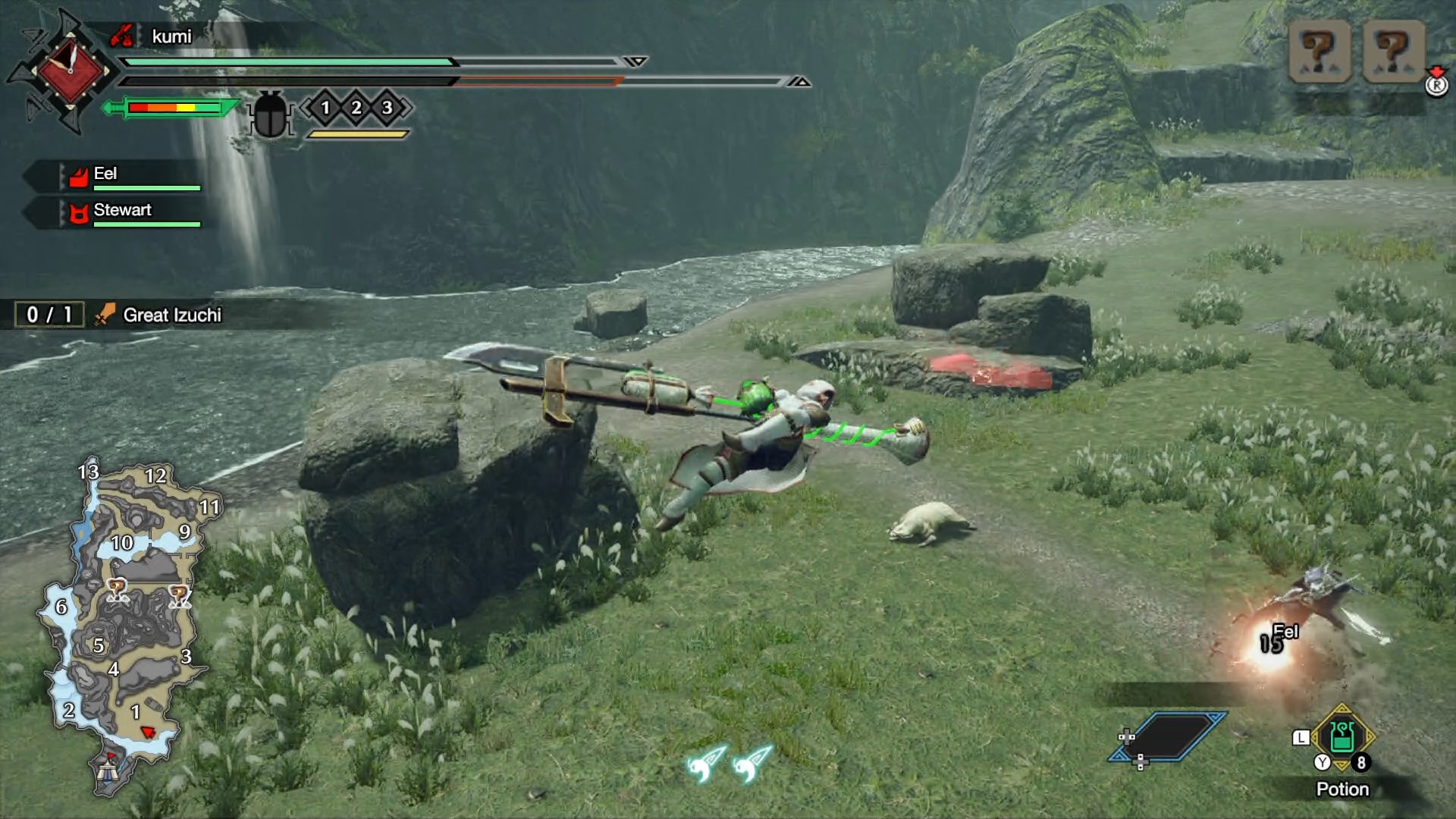 The Insect Glaive is the undisputed king of mobility and an easy recommendation for those who just love moving around. If youâ€™re using this weapon, then get ready for the floor to become lava as youâ€™ll spend your time midair more often than not.

The Insect Glaive is also one of the safer weapons to use since youâ€™re often in a vertical space that most monsters cannot reach. Youâ€™re also able to hit them from blind spots that other weapons could only dream reaching. The weapon comes with a Kinsect, which can be used to buff your hunter, inflict status ailments on monsters, and more. 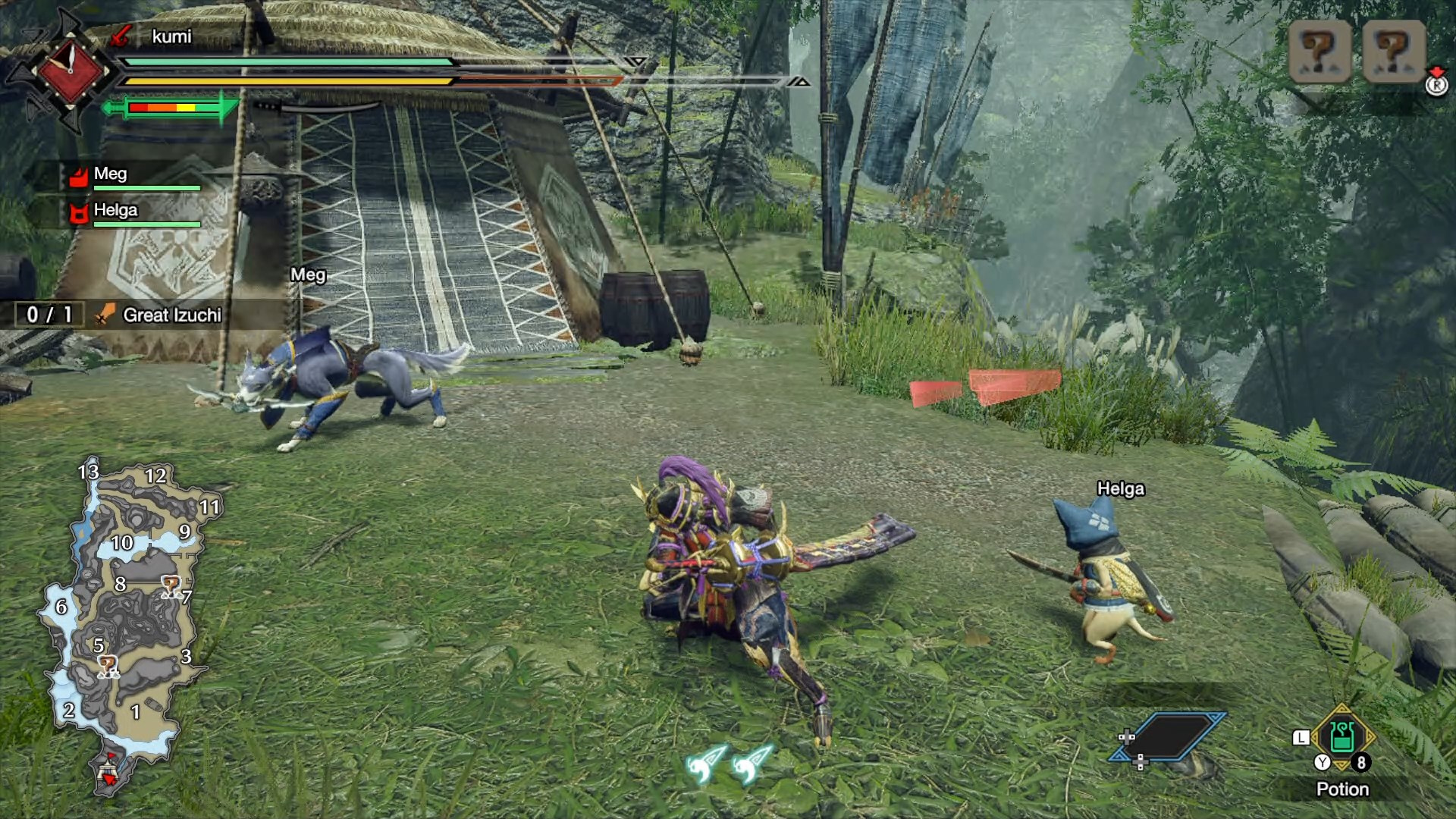 A giant katana with high-damage capabilities as well as excellent reach. Attacking with the Long Sword can fill up the weaponâ€™s Spirit gauge, paving the way for more powerful slash attacks that really dig into a monsterâ€™s health. More adept hunters can also make use of its counterattacks to punish monsters for throwing out predictable swipes.

Itâ€™s a straightforward weapon that works well for beginners, but also offers depth for veterans. A weapon that can transform into either a Sword or an Axe. The Sword mode is fast, and can be powered up through a phial system for more explosive attacks. Meanwhile, the Axe excels at reach and raw power.

The Switch Axe leaves open plenty of room for self-expression, meaning that you can focus on one form or another, or weave attacks in through a combination of both. Youâ€™ll be dealing a good amount of damage to the monster regardless of your preferred form. 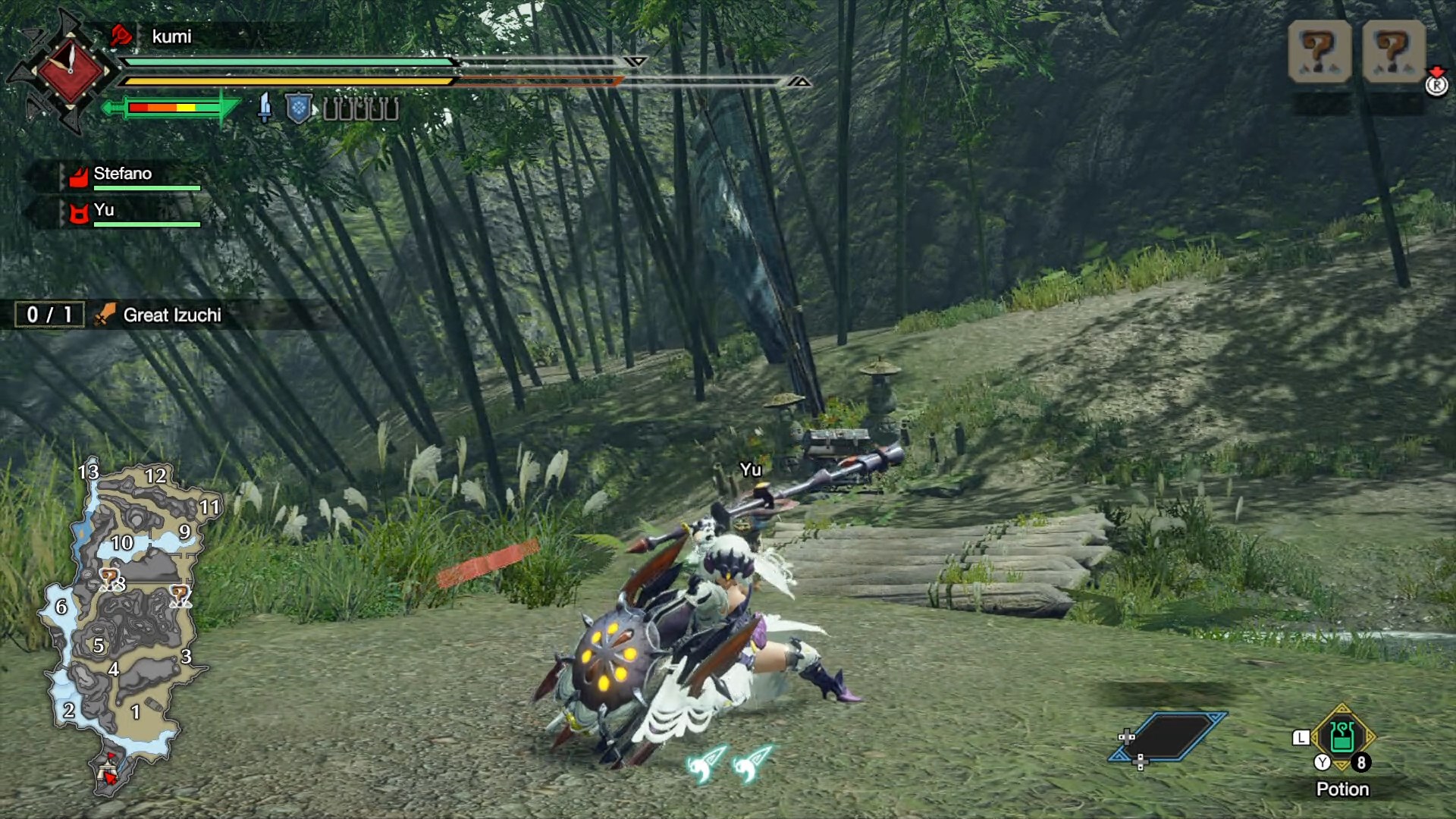 Similar to the Switch Axe but with a more complicated and rigid playstyle. The Charge Blade can also morph between two forms, but it is focused more on building energy on phials in Sword mode before unleashing that energy as damage in the Axe mode.

Compared to its cousin, the Charge Blade boasts higher damage potential but requires proper management of its mechanics to really bring in the hurt. This is the weapon to go for if you want a challenge and are already comfortable with Monster Hunterâ€™s combat. 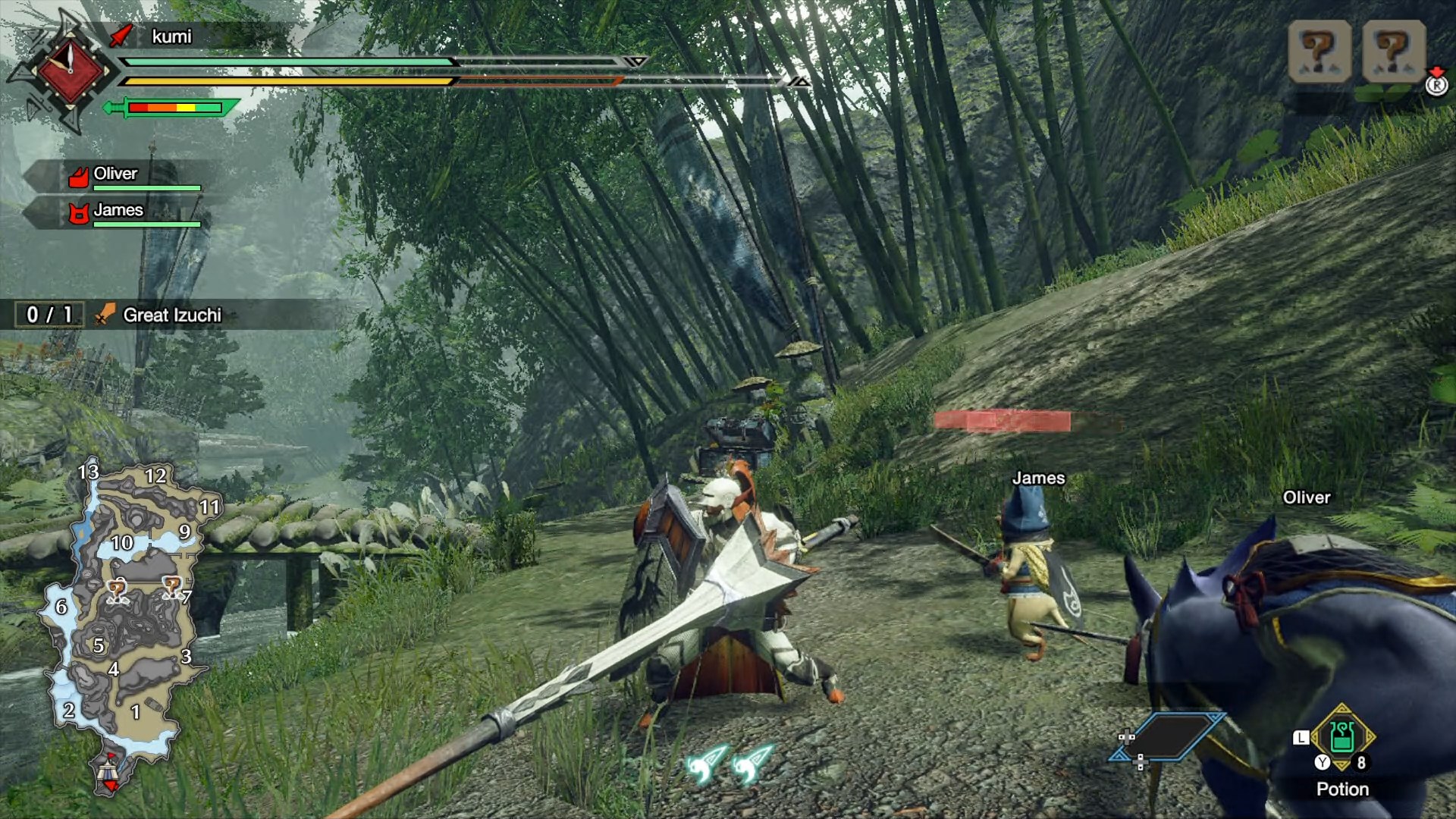 If defense is more your style, then youâ€™ll definitely love the Lance. It has the best guard in the entire game and is capable of different kinds of counterattacks. Youâ€™ll be able to deal decent damage all while keeping yourself protected most of the time.

Since the Lance is a slow weapon, youâ€™ll have to prepared to guard through attacks rather than avoid them like most other playstyles. 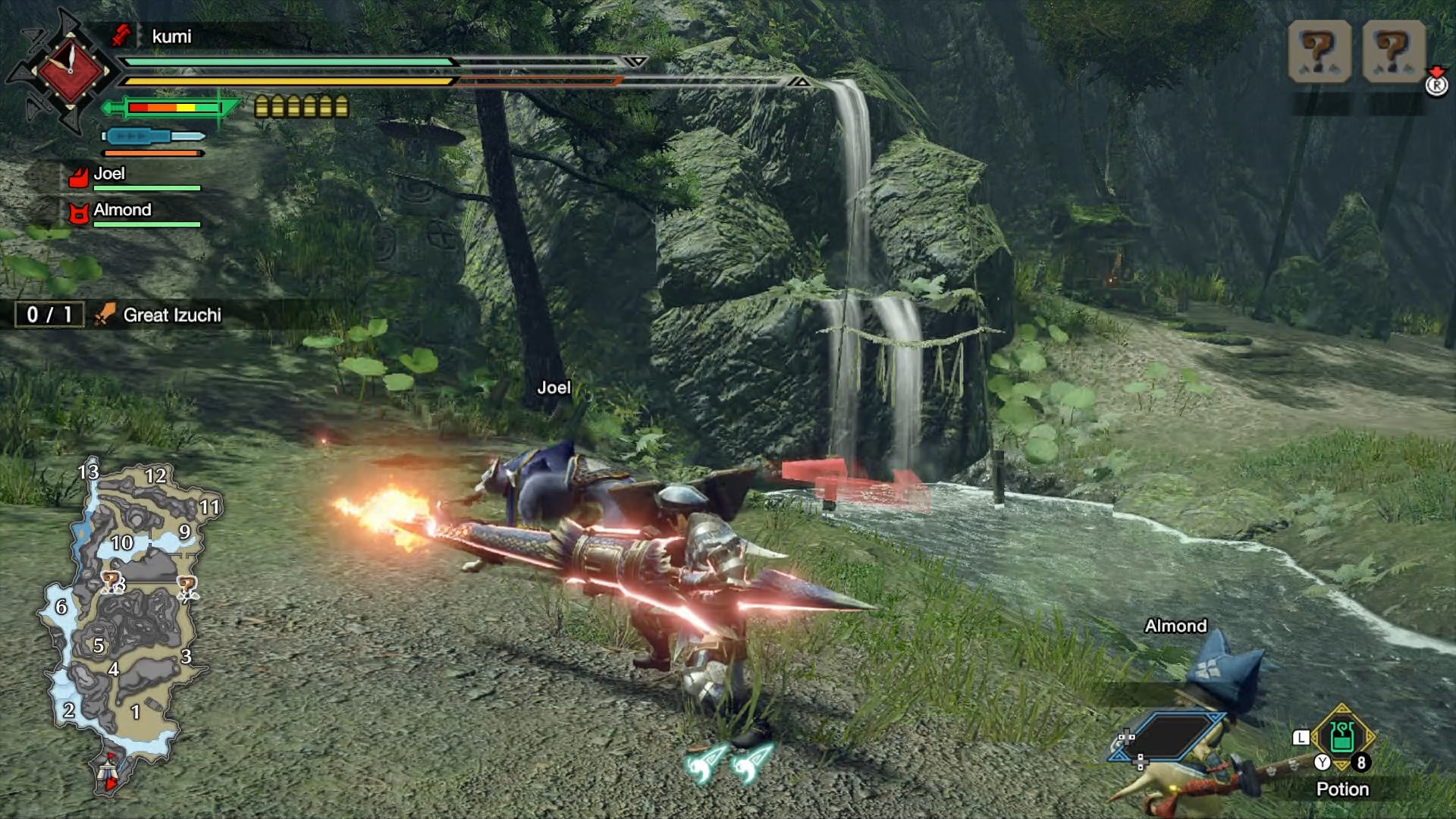 The Lance may be slow already, but the Gunlance weapon puts even the formerâ€™s lack of mobility to shame. To make up for this weakness, the Gunlance relies on higher damage and more firepower to get its point across. 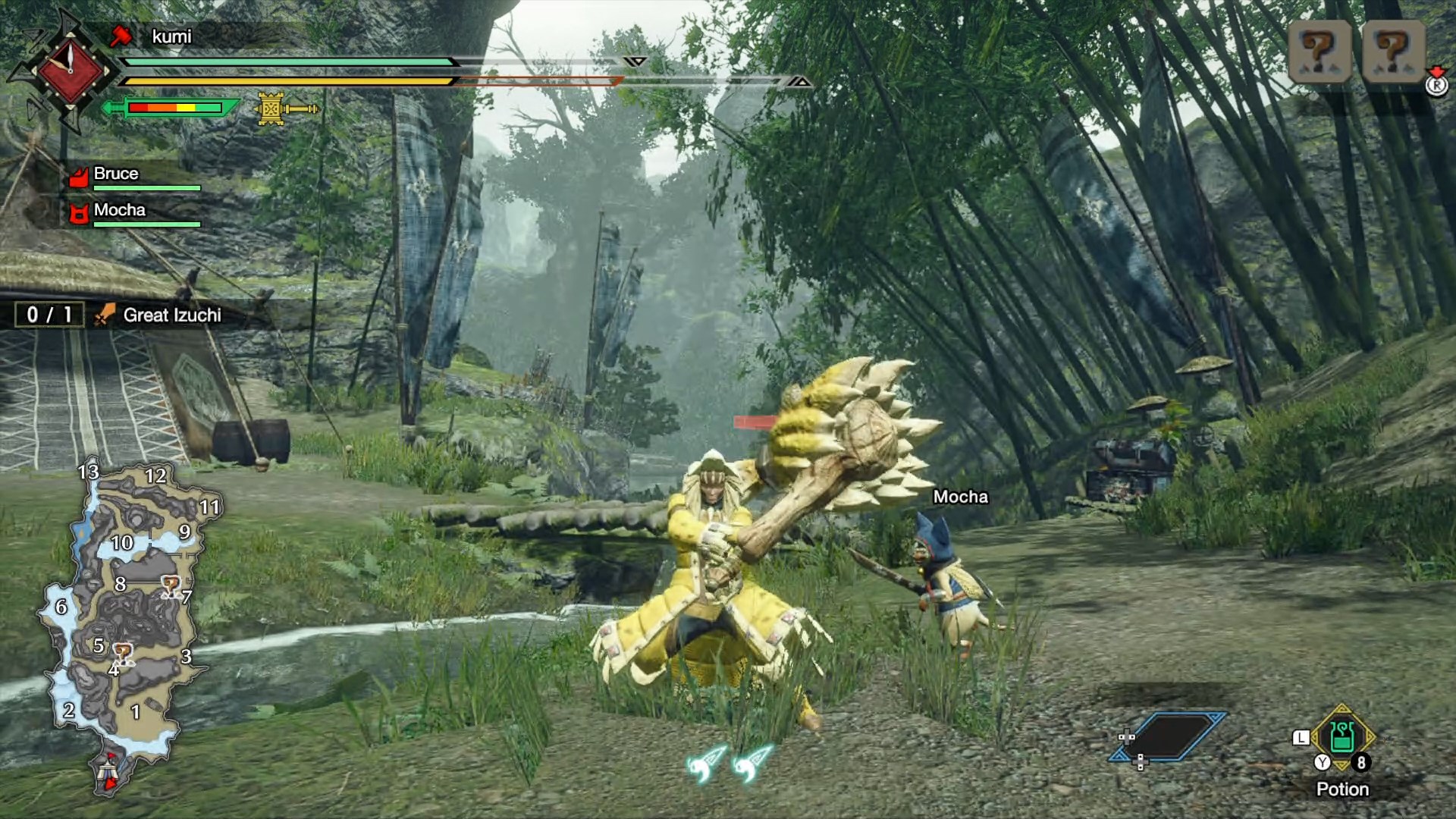 If youâ€™re trying to learn how to properly position your hunters against monsters, thereâ€™s no better weapon to pick than the Hammer. Its attacks are powerful but slow, meaning that you have to commit to attacks and find gaps in a monsterâ€™s attacks.

Overall, itâ€™s a great weapon for players interested in practisingÂ and improving their core combat skills. 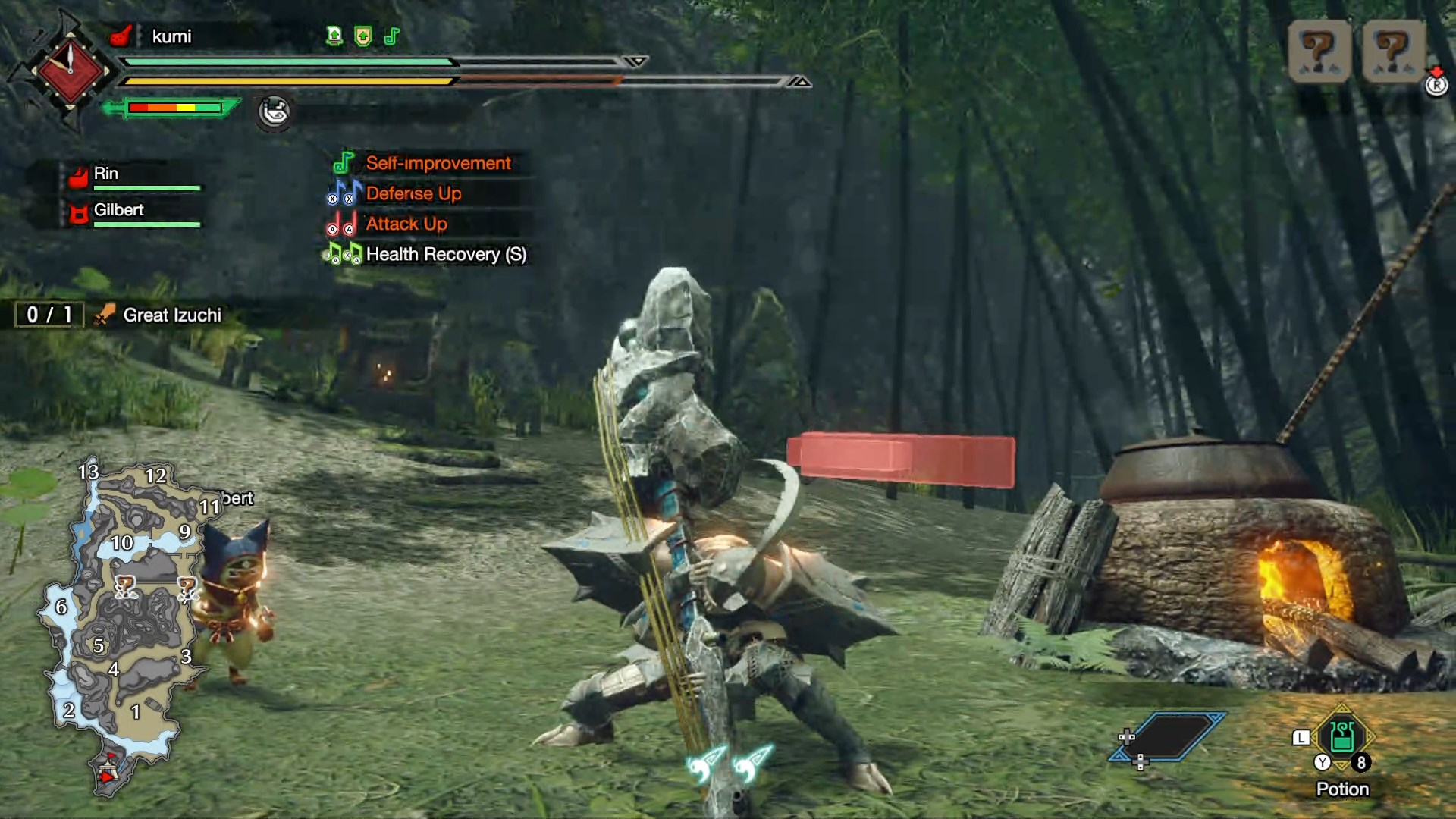 Basically, the Hammer if it were a musical instrument instead. Though it lacks the raw damage of its other cousin, this weapon can use a combination of attacks to create melodies that buff both yourself and your allies.

Once considered the most complicated weapon in the series, the Hunting Horn has been revamped in Rise so that it is much easier to use. Now, itâ€™s a no-brainer of a pick for anyone who just loves to support their friends with beneficial effects. 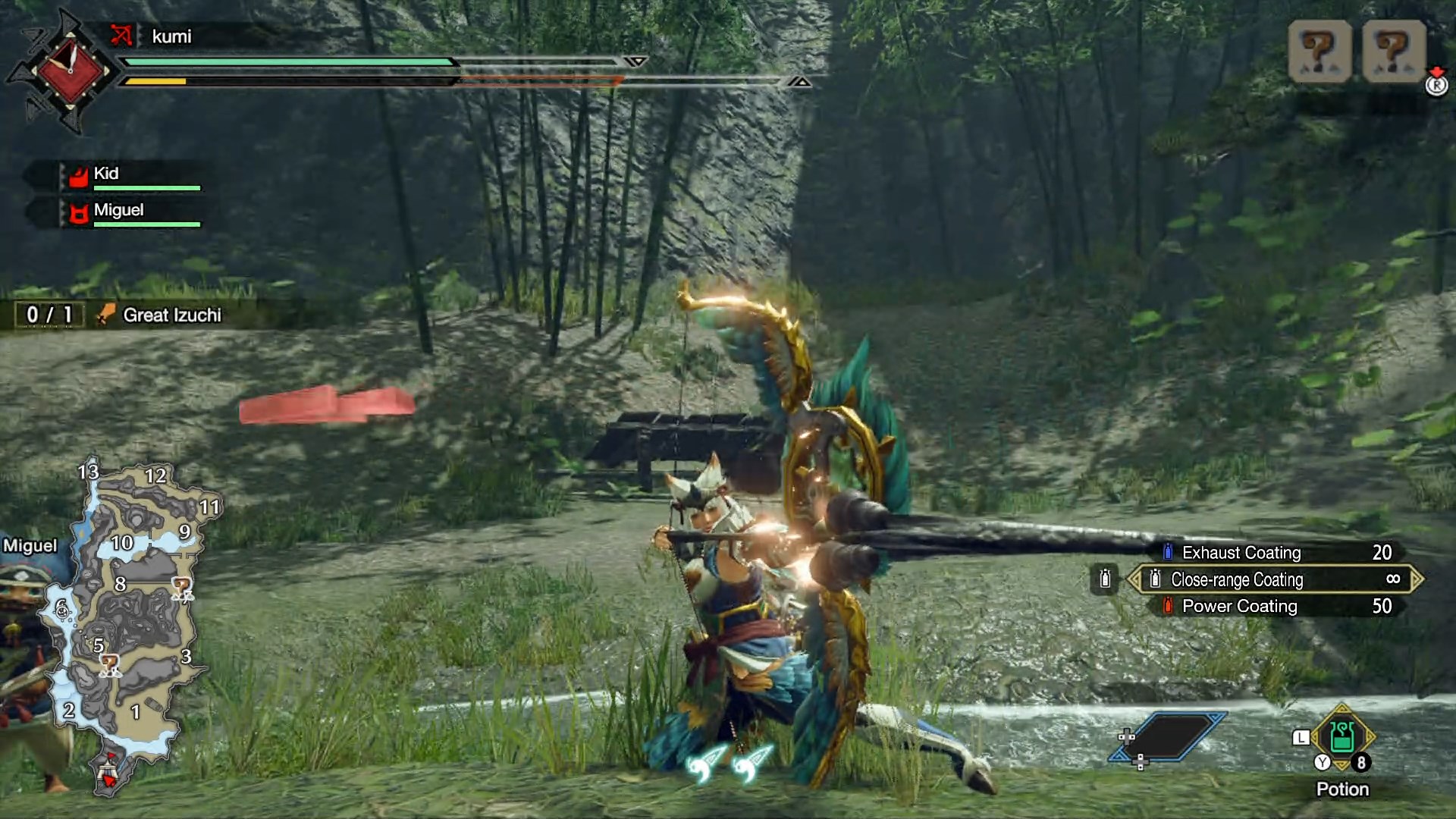 In terms of ranged weaponry, the Bow stands out as the standard pick for newcomers. Not only is it easy to handle, with plenty of mobility due to its side-step ability, it also has unlimited ammo. Those keen on using its limited unique ammo will be able to inflict status ailments such as sleep or poison.

The bow also has charge levels and a Dragon Piercer attack that winds up for a powerful single shot, making it an extremely versatile weapon. 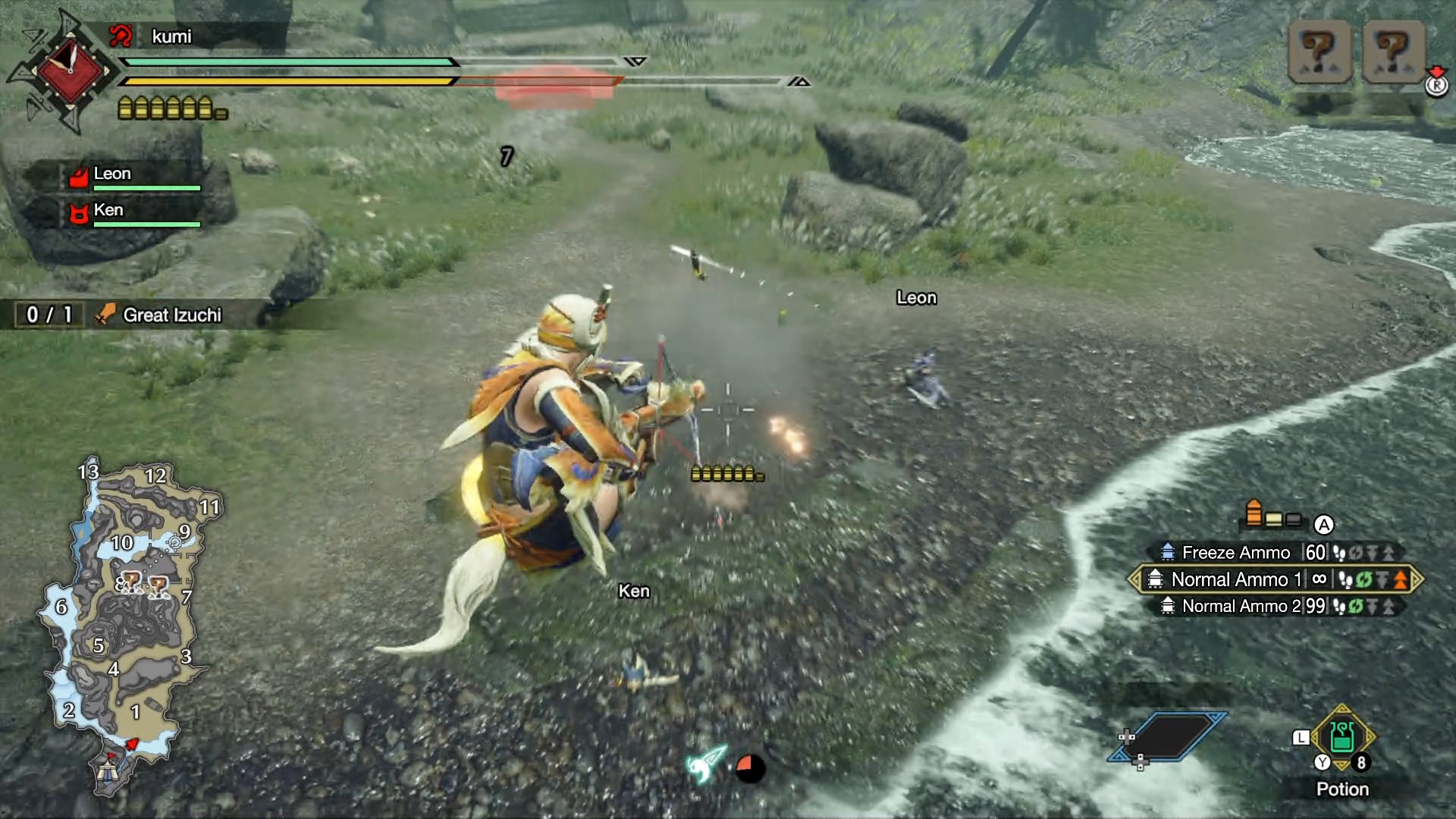 For those who prefer ranged combat but also want high mobility. The Light Bowgun excels at mid-range and makes use of different ammo types to fight. Itâ€™s capable of moving around quickly while firing from a safe distance, but can be tricky to handle due to its limited ammo.

Overall, however, the Light Bowgun can be helpful as a support through its status affliction ammo and sustained pressure on monsters despite its lower firepower. 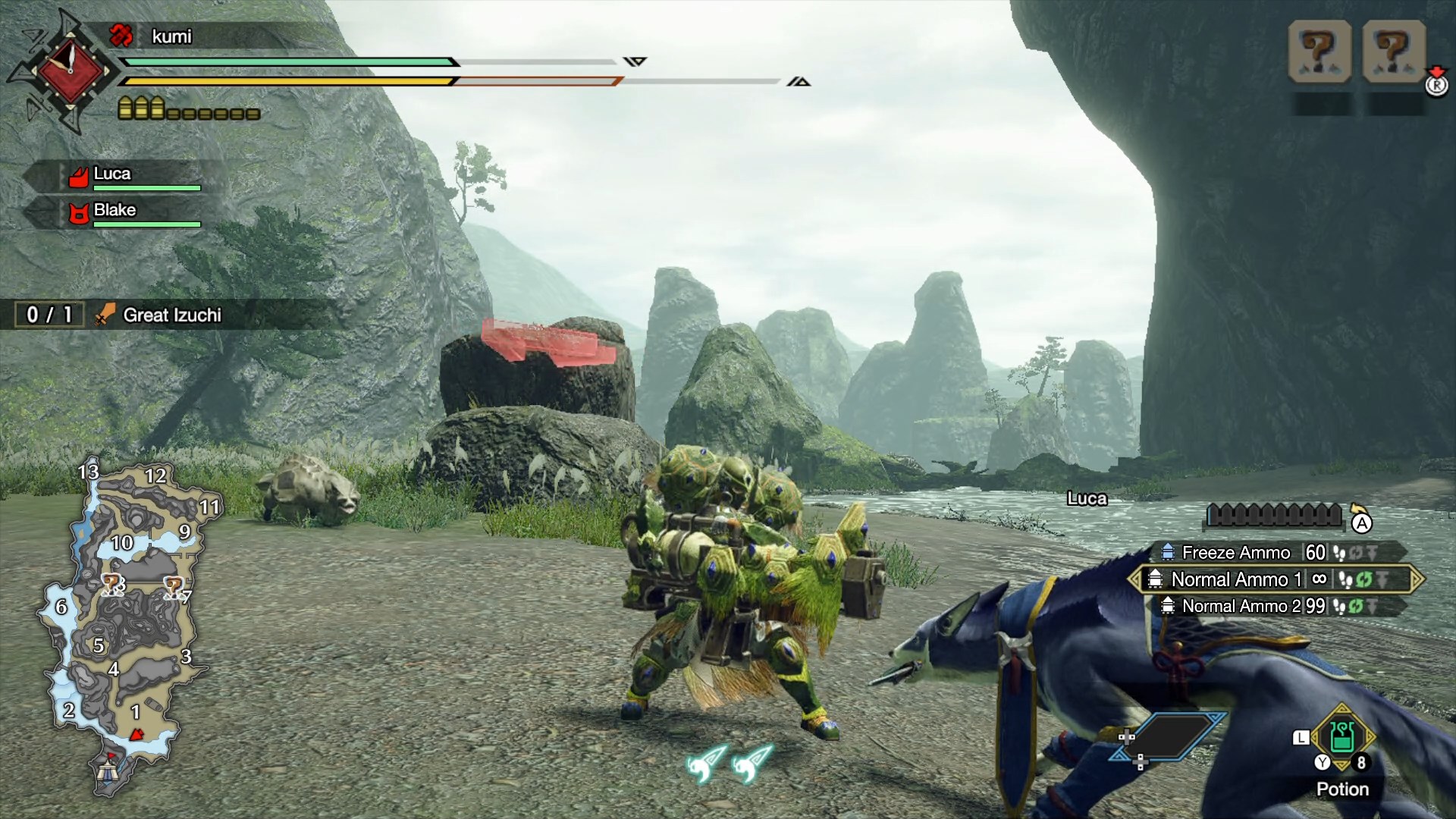 The Heavy Bowgun boasts a higher ammo capacity than the Light Bowgun and is also notably slower. Hunters are able to use charged shots with the weapon to both conserve ammo and deal more damage.

Though the mobility that this weapon provides is the lowest amongst the ranged playstyles, it provides the greatest damage potential, benefitting the most from monsters that have been forced into a stationary position.

If you want to learn how to be a Wirebug pro, head here.

Feature
The Top Video Game Music For Your Workout Sessions

Did you know that music accounts for a huge percentage in your video game experience? I mean, imagine fighting the dragons in Skyrim without a piece o...

Remember when Bayonetta does her hair-involved Wicked Weaves moves and realize how naked she can get? Well you now censor that in the next Bayonetta g...