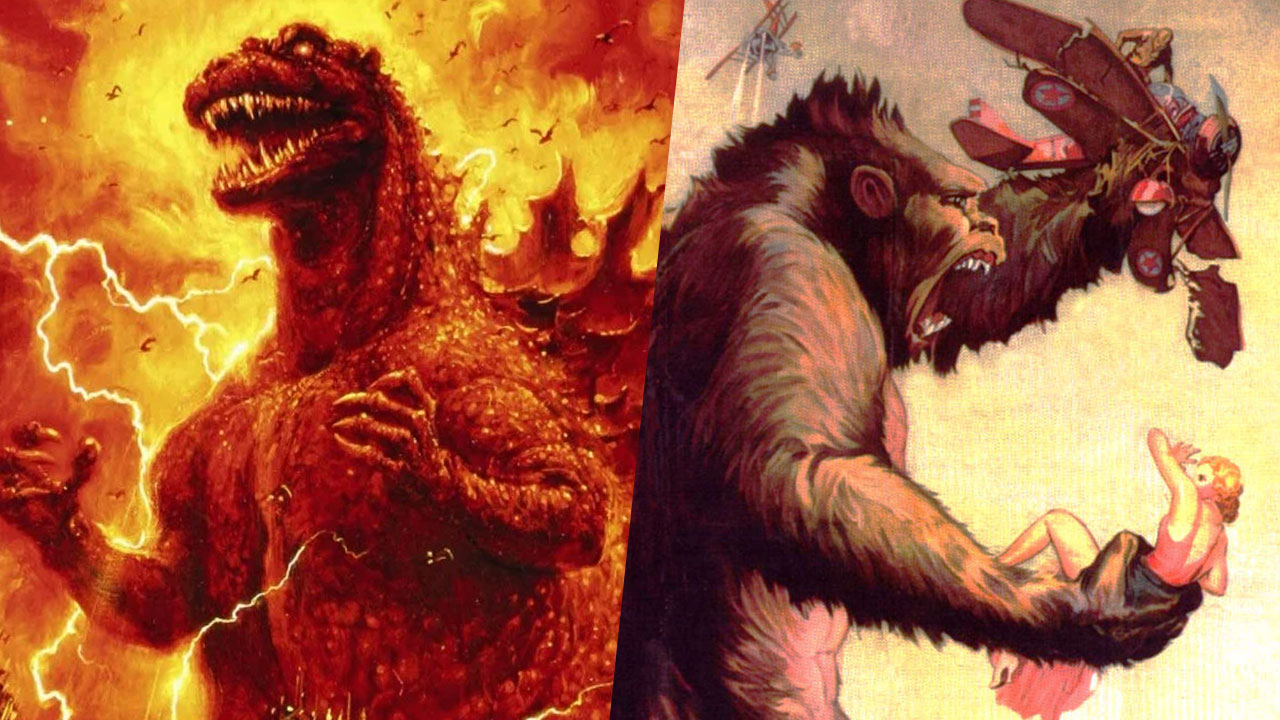 With Godzilla vs. Kong coming this March to theatres and HBO Max, monster movie fans are in for a treat. Legendary Pictures has done a bang-up job creating and fleshing out its “MonsterVerse” with the King of Monsters and the Eighth Wonder of the World films.

However, if you crave more of these monster films outside of the Legendary series, here are our recommendations. Whether you want to amp yourself up for the film this week, or need more monster versus films in your veins, we’ve got you sorted.

There are 20+ films in the Godzilla movie canon, and most of them are connected with one another. To make things easier, we’ll just pick the following films to get you started so that you get the concept and idea of Godzilla. Since you should get to the source, these picks will be the Japanese versions.

All our picks hit the following:

Arguably the only serious film on the list, the original 50s film is the one that depicts Godzilla as the true antagonist to humanity: the result of the atomic bomb that created a giant that is just doing major clean-up duty.

The effects are obviously meant for its time, but this film (both the JP and English version with Raymond Burr) is an important milestone that truly showcases the monster for what it truly is: a force of nature. With remarkable special effects and filming techniques for its time, the original Godzilla is basically a worldwide film treasure that all film buffs & fledging Godzilla fans should watch if they haven’t.

If you want to find out what the big deal is with Mothra and why people are so hyped up about Godzilla doing crossovers with other monsters, just jump straight to this Godzilla film of the Showa era.

It’s got a good mix of 60s monster battle action coupled with its human protagonists getting mixed up with Mothra’s eggs due to corporate greed. Classic monster movie stuff you can get behind, and it’s not completely campy as it still portrays Godzilla as a force of nature than an ally.

The Heisei era for Godzilla is when things went crazy for Godzilla stories. It also birthed a fleshed-out version of Godzilla’s nemesis, King Ghidorah.

If you want a pretty good versus monster film with a ton of focus, along with a string of sci-fi time-travelling nonsense, Godzilla vs King Ghidorah is the best one to sate those jollies. You also get to witness the debut of Mecha Ghidorah, who may appear in the MonsterVerse one day.

Plus, the film boasts the greatest Godzilla poster ever made for human eyes. It’s just f***king beautiful. C’mon, just look at it…

This pair of Millenium Godzilla films combines monster action with the bizarre sci-fi nonsense it’s associated with, as well as that much-needed human element to balance all the carnage out. It’s also a fleshed-out version of the series’ iconic man-made weapon Mechagodzilla, with pilots and scientists you care about. Mothra also pops up in the monster battle royale too.

However, this is a two-parter film so you need to watch both to get the whole story since they share continuity with each other. At the very least, it’s a bit more straightforward than the 1991 King Ghidorah film and easier on the eyes due to the well-done and updated special and practical effects.

If you have to pick one monster mash film with a bit of cheese and a lot more insanity, go for this film.Â There’s a plot somewhere involving a worldwide monster attack and superpowered human soldiers, but you don’t need that much Godzilla knowledge and lore to enjoy this man vs monsterfest of a film.

Also, if you hated the 1998 Godzilla film, there’s a short bit halfway that will make you very happy, courtesy of Toei.

And Now For The Big Ape…

Picking a good King Kong movie is easier: you can just go straight to the source and then complement that with one of the remakes. Here’s our pick.

This is the only movie you need to watch to get the gist of how the Eighth Wonder of the World wowed movie-goers. This is the film that influenced directors like Peter Jackson to go into film-making and with good reason: it was revolutionary for its time and even to this day, not many folks know how some of these effects and stop-motion/live-action hybrid bits were done unless you dive really deep into it.

Don’t let the black-and-white aesthetics turn you off from watching the film; the classic beauty-and-beast and giant-ape-versus-man storyline set the template for future monster films, from its spectacle to its brass-heavy orchestra that accentuates the battles King Kong puts himself in.

Our only major gripe with the Peter Jackson adaptation is that it’s too damn long for a monster movie. There are a number of scenes and padding we can do without.

Having said that, everything involving King Kong from the Skull Island action bits to the climactic Empire State Building moments is just majestic to watch. Even if it’s mostly CGI, the mo-cap work from Andy Serkis and the crazy T-Rex battle with a ton of movement that may be too costly with practical effects is just fun to watch.

And that scene with the insect pit? That’s the stuff of nightmares, if we’re being frank.

What’s your favourite Godzilla and King Kong movie(s)? Let us know in the comments below or on our Facebook/YouTube page.

How The Esports Industry Can Help In 2021