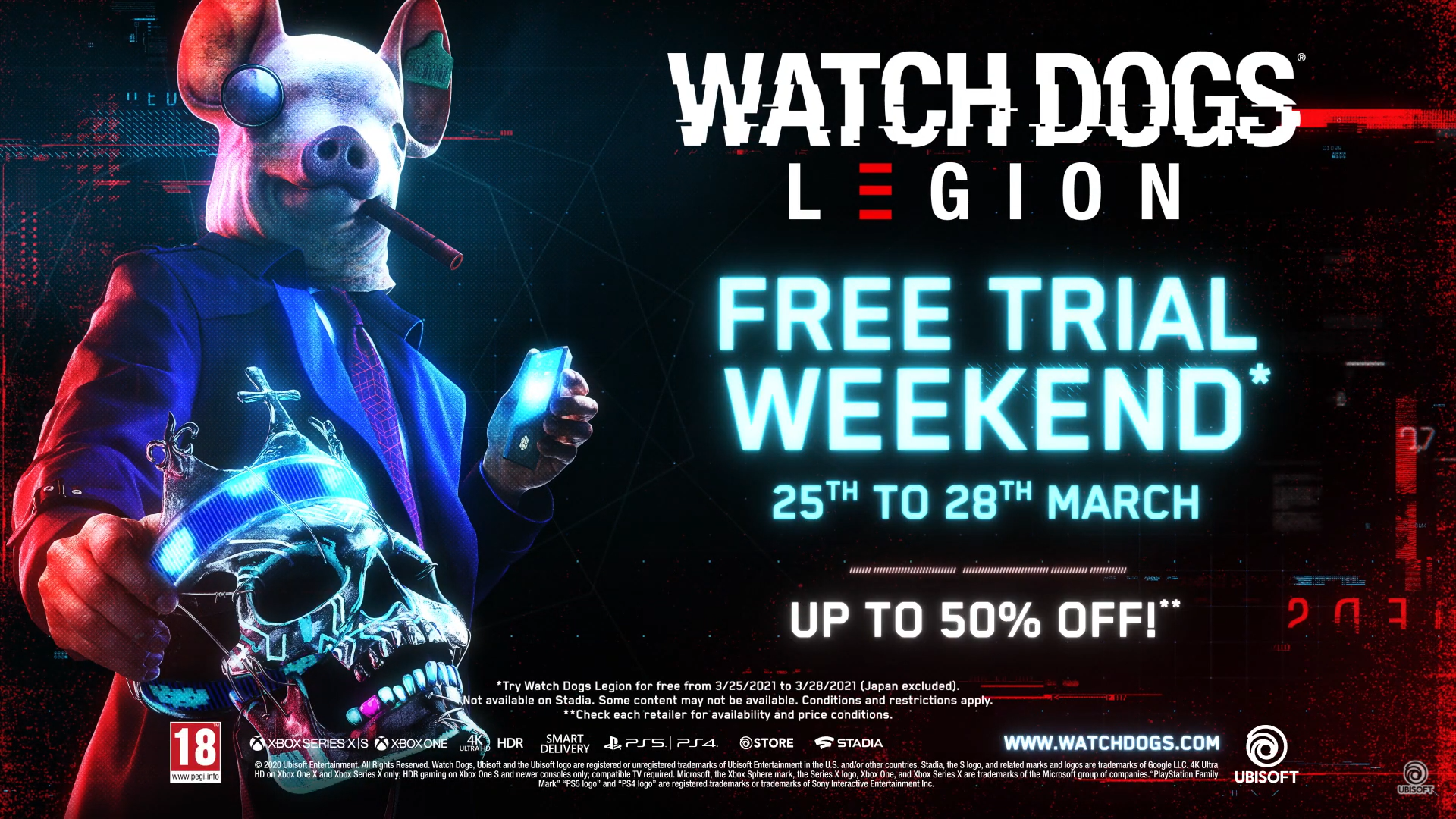 Ubisoft has announced that Watch Dogs Legion will be available to play for free from 26 March to 29 March 2021 on PS4, PS5, Xbox One, Xbox Series X and PC via the Epic Games Store and Ubisoft Store. In addition, pre-load will be available from 25 March 2021.

Every character in near-future London will be available to recruit and play as during the Free Trial Weekend in both single-player and online modes. Players will be able to check out all of the open-world activities such as playing darts at the local pub and participating in bare-knuckle fights, as well as explore half of the eight boroughs including the City of London and Islington & Hackney. Additionally, players will be able to discover the gameâ€™s storyline up to the Skye Larsen mission.

Players who want to continue their fight will keep their game progression and enjoy discounts on Watch Dogs: Legion and the season pass across select platforms:

More information on the Free Trial Weekend, including the exact timing, can be found here.

Furthermore, Ubisoft has detailed the availability of the free post-launch content for all Watch Dogs Legion players as well as the new, exclusive content for season pass owners across single-player and online modes.

The post-launch content for all Watch Dogs Legion players include:

Apex Legends Might Be Available On The Nintendo Switch One Day