Elden Ring: What You Need To Know Before Diving In

If you love From Software’s brand of punishing action RPG gameplay, you probably have seen the earlier gameplay trailer for Elden Ring. We assumed that it’s Dark Souls 4 with some open-world traversing and horse-riding.

Thanks to the many previews from bigwig sites like GameSpot, it’s confirmed that Elden Ring is indeed the true follow-up to Dark Souls in everything but its moniker. It’s clearly the most ambitious title From Software games has ever done, but a huge number of recurring tropes & mechanics from past Dark Souls games are present in Elden Ring.

And honestly? That’s fine by us because we love a challenge. Here’s what we know so far, apart from its simultaneous PC and console release on 20th January 2022. 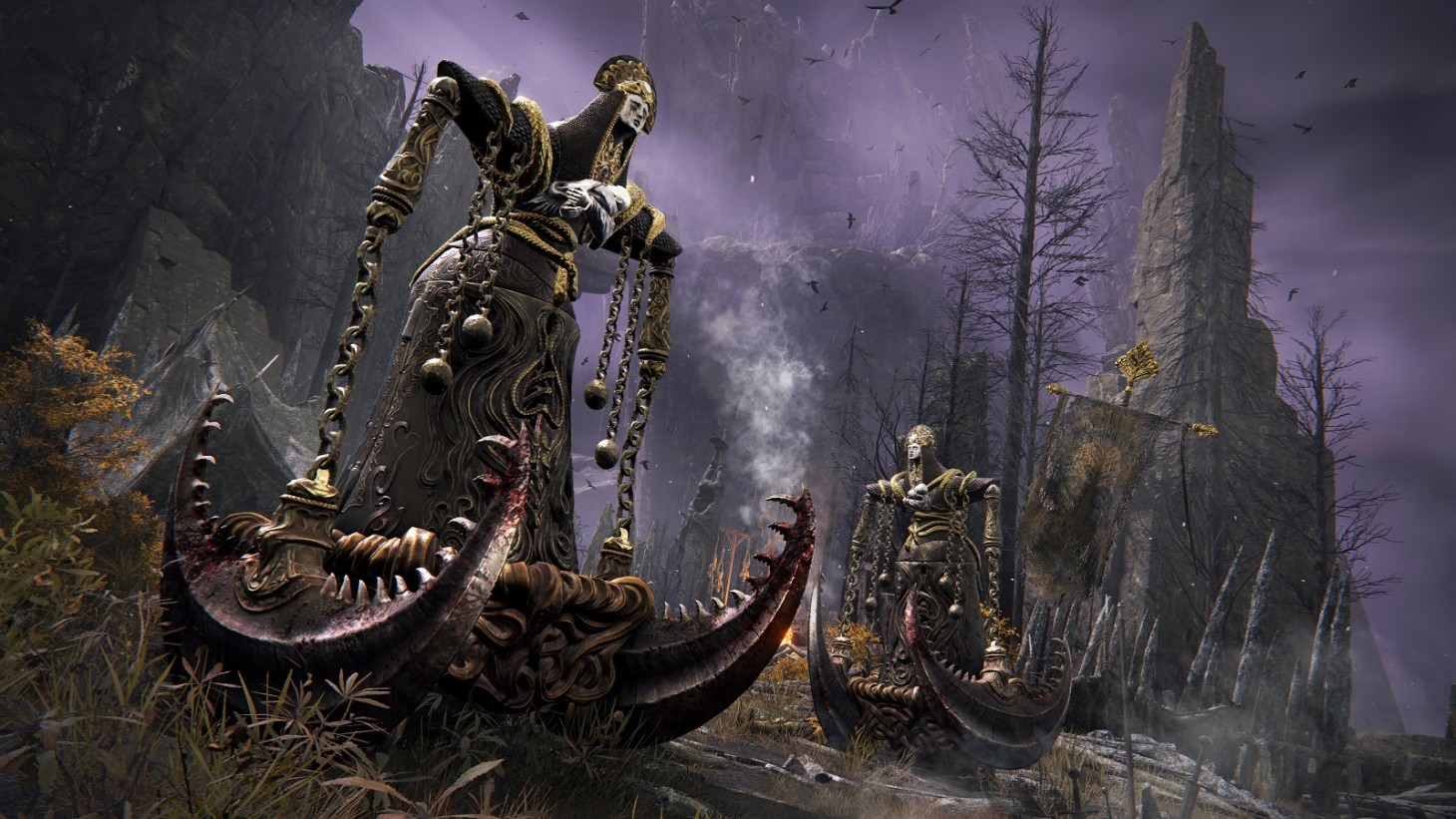 Elden Ring features a giant hub world called The Lands Between; it connects smaller dungeons and major boss encounters. Branching out further are “Legacy Dungeons”, which is where self-contained Soulsborne dungeons will reside, from the vast Metroidvania-like interconnecting levels to the tough boss fights that punctuate them.Â There will also be “subterranean labyrinth” stages that may be procedurally generated (random) levels, similar to Bloodborne’s Chalice Dungeons.

In any case, expect to spend a minimum of 30 hours or so just getting through all of Elden Ring’s many dungeons, levels, and dangerous areas. Yes, this also includes the dreaded From Software swamp level. *shudders

There’s A Map You Can Refer To, But…

…it’s simple and not at all covered with icons like in your typical sandbox games. Elden Ring’s map is simple and showcases terrain, landmark drawings, and are gathered in fragments as you progress throughout the game.

All Levels Are Built For Jumping

Yes, you can finally jump in a Dark Souls-like game. All dungeons in Elden Ring are designed clearly with jumping in mind, either for basic navigation and shortcut-taking.

You Can Summon Spirit Helpers In Single Player Mode

You can call forth ghost NPCs to help you out using the Ashes of the Deceased item. They can only be summoned in single-player mode, with each of them bringing in their own skills and abilities. One example include a small mob of bandits who can hold an enemy in place while you use your long-ranged weapons to pick them apart.

Bonfires Exist, But In A Different Name

They’re called Sites of Lost Grace in Elden Ring now. They serve the same purpose: heals you fully, refills your healing charges, respawns enemies in the current map they’re in, and aÂ  hub to level up your character and his/her skills. One key thing about these sites is that they now shine a guiding light to highlight a future objective, kind of like breadcrumb trails in the Fable games.

The levelling up bits on the site are now handled by this NPC called Melina, and she is a lot more chatty than past Dark Souls characters who gravitate towards the player. Here’s a quote from FromSoftware marketing and production manager Yasuhiro Kitao:

“Whereas before these characters were generally reserved and quiet characters, Melina has got her own ambitions and her own big place in the story, so we hope you enjoy that aspect of it.”

Skills Are Not Tied To Weapons

Speaking of skills, your special moves are not tied to specific weapons unlike in Dark Souls 3. This means players are free to swap them between a number of weapons; you can do this at the Site of Lost Grace.

You Can Break Stances, Parry, And Guard Counter

Dark Souls, Bloodborne, and Sekiro have their own sets of defensive maneuvers, and Elden Ring is no different. In fact, it’s taking some mechanics from those games and implementing them here. Your character can parry attacks and break an enemy stance. The new Guard Counter move will attack immediately after blocking, but takes out a huge chunk of your stamina.

Boss Battles Can Be Fought On Horseback

Yes, you can ride on a horse and stab giant dragon bosses in Elden Ring, as well as perform a critical attack right in their weak eye when prompted. Of course, you will have to occasionally fight on-foot if the situation calls for it, but generally, your boss battles can be fought with or without your ghostly steed.

The Game May Have Asynchronous Multiplayer Bits

In one of the game’s Legacy Dungeons, players will come across a bloodstain, a signature From Software that lets you summon other player’s simulacrum and lead you to paths. Or troll you to a trap or inescapable boss fight. Either way, there will be online multiplayer components that can enhance the single-player Elden Ring experience which is entirely optional.

The Game’s Story Will Be A Bit More Direct

Kitao mentioned that the game’s environmental storytelling will still be in Elden Ring, but its narrative structure will be similar to Sekiro where it’s slightly more cinematic and direct. Some players may miss the mysterious and opaque narrative from Dark Souls, but that’s how From Software is rolling with Elden Ring’s tale.

Hidetaka Miyazaki Made The In-Game Text, Not George R.R. Martin 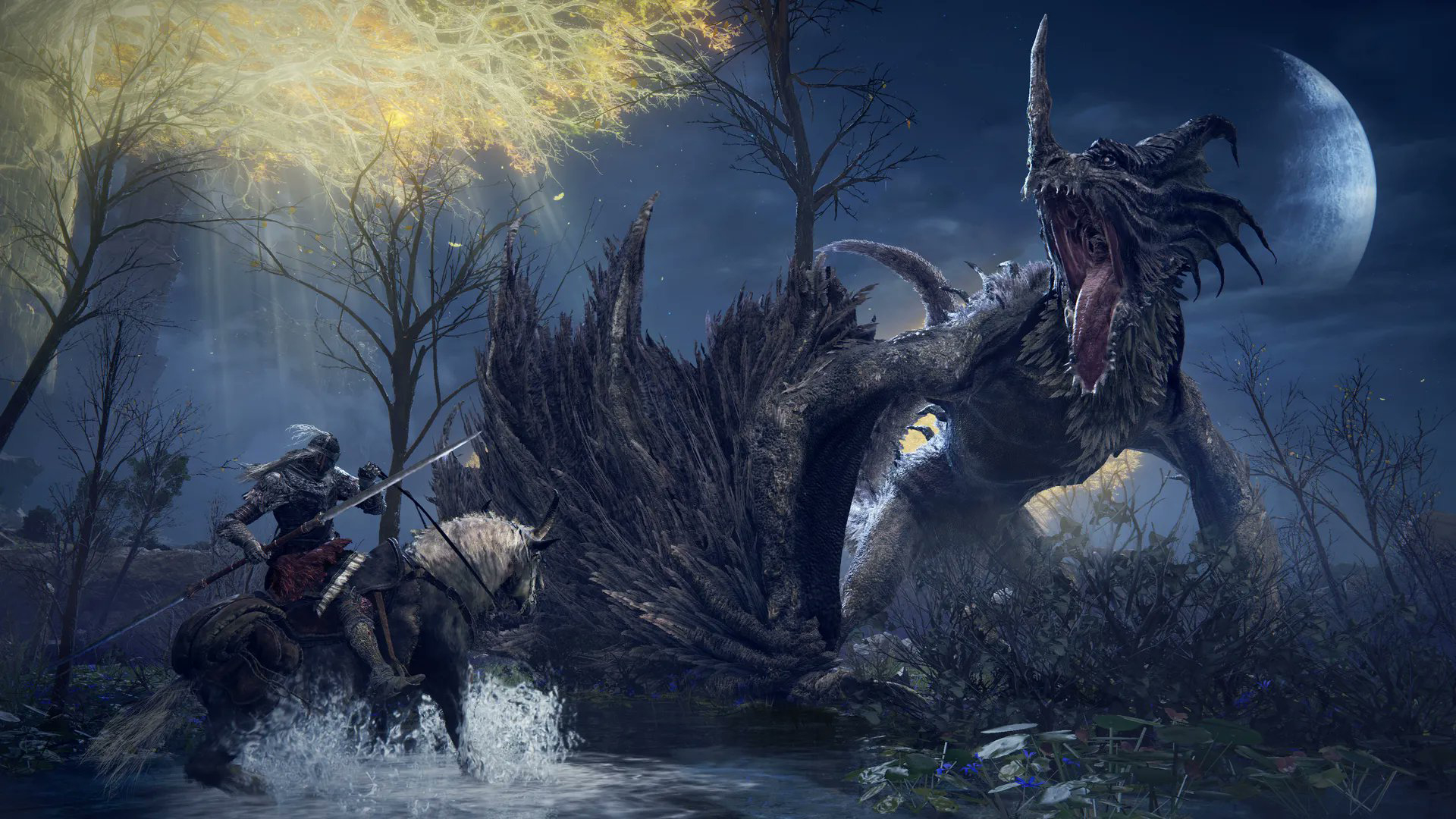 Many RPG fans were surprised that A Song of Ice and Fire/Game of Thrones author George R.R. Martin collaborated with game director Hidetaka Miyazaki for Elden Ring. Turns out that while Martin was responsible for the overall world and mythos, the in-game text is all Miyazaki’s doing. Here’s a quote from FromSoftware marketing and production manager Yasuhiro Kitao (via Ungeek).

“In From fashion, the story is told in fragments, and we havenâ€™t changed our principle of providing a world and narrative that the player can interpret for themselves. [Miyazaki is] at the forefront of the text, writing the text in the game.

Activision and Sledgehammer Games have officially announced Call Of Duty Vanguard, the next entry in the long-running military FPS franchise. It is th...

Ahead of tonight's Xbox Bethesda E3 2021 live stream, the release date for the highly-anticipated Starfield has been leaked. Starfield will apparen...

The Overwatch Halloween Terror 2017 Event patch kicked in earlier this morning and after tons of teases in the past few weeks, we finally get hold of ...