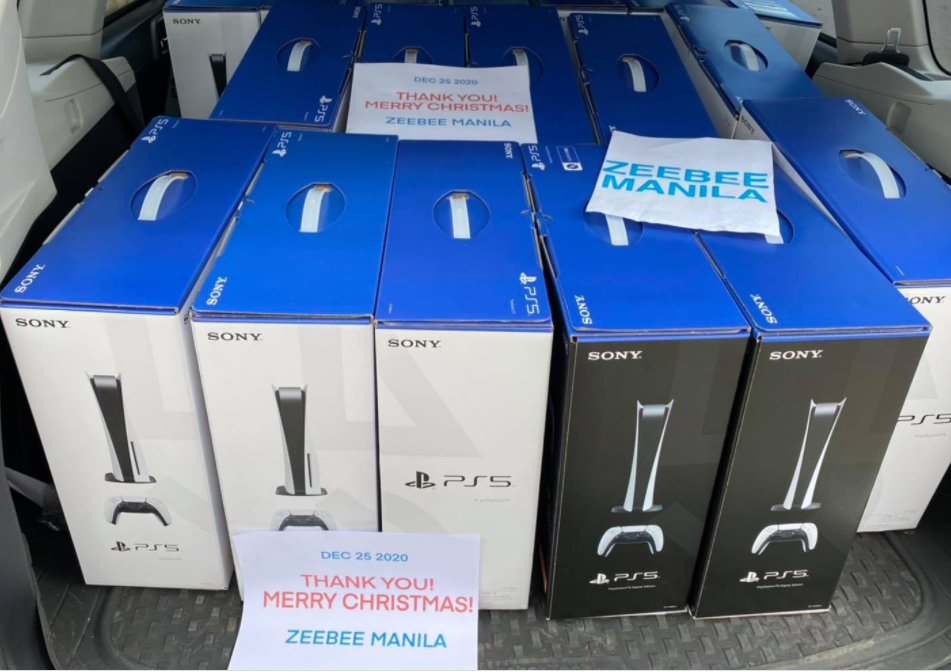 It’s tough to get a brand-new PlayStation 5 right now, what with waves of shipment being sold since December 2020. As such, scalpers are making a killing off of selling their PS5s to get more money than the initial retail price point, which is all kinds of scummy.

What I did not expect was a renowned and large video games news and reviews site to give a platform to said retailers who stoop to such methods. That’s what happened on 1st March at 2:29pm when SEA branch of the major video game news site published an interview with an infamous PS5 reseller in the Philippines: Zeebee Manila.

In the interview, Zeebee Manila said it has sold more than 200 PS5 units and are selling it to resellers at a price of P60,000/US$1234 (and has gone down to P43,000/US$884.50 since). That is considered a steal, especially for resellers who want to make a bit of extra exploitation money during the PS5 shortage period (which is still ongoing). As to whether the issues of scalping from resellers is a concern, they had this to say:

“As per resellers, we are no longer concerned about how theyâ€™re going to sell the items. Itâ€™s not our business anymore as to how they sell them and for how much.”

Zeebee Manila said it gave everyone the same price regardless if they’re regular customers or resellers. As to how they got their stock, they said that they just “plain buy and sellers who want to accommodate people who are willing to pay – even at higher than suggested retail price”. Zeebee Manila claims to get its stock from Japan.

Zeebee Manila has also posted a boosted picture on its Facebook page on 25th December of last year, to celebrate the fact that it has PS5 consoles for sale. Anybody can see that this is a post meant to create buzz, even if it’s the negative and anger-inducing kind of buzz.

To quote what it said:

“[B]ad publicity is still good publicity. People know we are legit, overpricing is only their issue. Bashers are not our target market after all.”

Keep in mind that Zeebee Manila has outside businesses, including restaurants, vehicle and motorcycle buy-and-sell shops, and cryptocurrency according to the interview. Add to the fact that it has done this before with Nintendo Switches when it first launched back in 2017, and you can see why they’re notorious.

If we’re being fair, this is just business on Zeebee Manila’s side. They saw an opportunity, they bought up as many PS5s as they can, and sell them to whoever is willing while making little profit. It is, however, ethically wrong since they don’t care how resellers jack up the price as long as they unload its stock and are possibly taking in a loss that can be recuperated from their outside businesses.

And to have a big video game news site of international renown giving Zeebee Manila a platform to talk about its practices and how remorseless they can be? This means that the news site is inadvertently validating scalping enablers and in a sick way, legitimizing the practice of reselling a luxury console for an exorbitant price while it’s at an all-time demand during a point of scarcity.

Of course, if the interview is meant to legitimize Zeebee Manila for the sake of getting the clicks similar to a Mortal Kombat movie piece inquiring about a missing Chun-Li, then congratulations, I guess…

The PS5 is not going onto the hands of gamers via Zeebee Manila; it is instead going to the hands of resellers making a profit from hapless desperate folks who want the console if the many, MANY pictures on the company’s Facebook page featuring guys with more than one PS5 consoles is of any indication.

That’s the keyword here: luxury. The PS5 is not a necessity, as great as it is as a next-gen console. And it sure as heck isn’t worth paying high prices to scalpers for. Nothing is worth humouring a scalper who preys on people’s FOMO behaviour.

In fact, we do wonder if the international peers of the news site actually know about this interview piece. Last we heard, the Southeast Asian branch is running on a paid license and has some level of freedom for its content, so this could have been a huge oversight. Nonetheless, the article is out in public for 6 hours at this point in writing. If a video game site is truly a portal for gamers first and foremost, supporting console scalpers through these kinds of interviews is the last thing it should be doing.

The PS5 Is Coming Out In China This May

Crossing The Stream: The 6 Best Anime To Catch On Netflix So Far