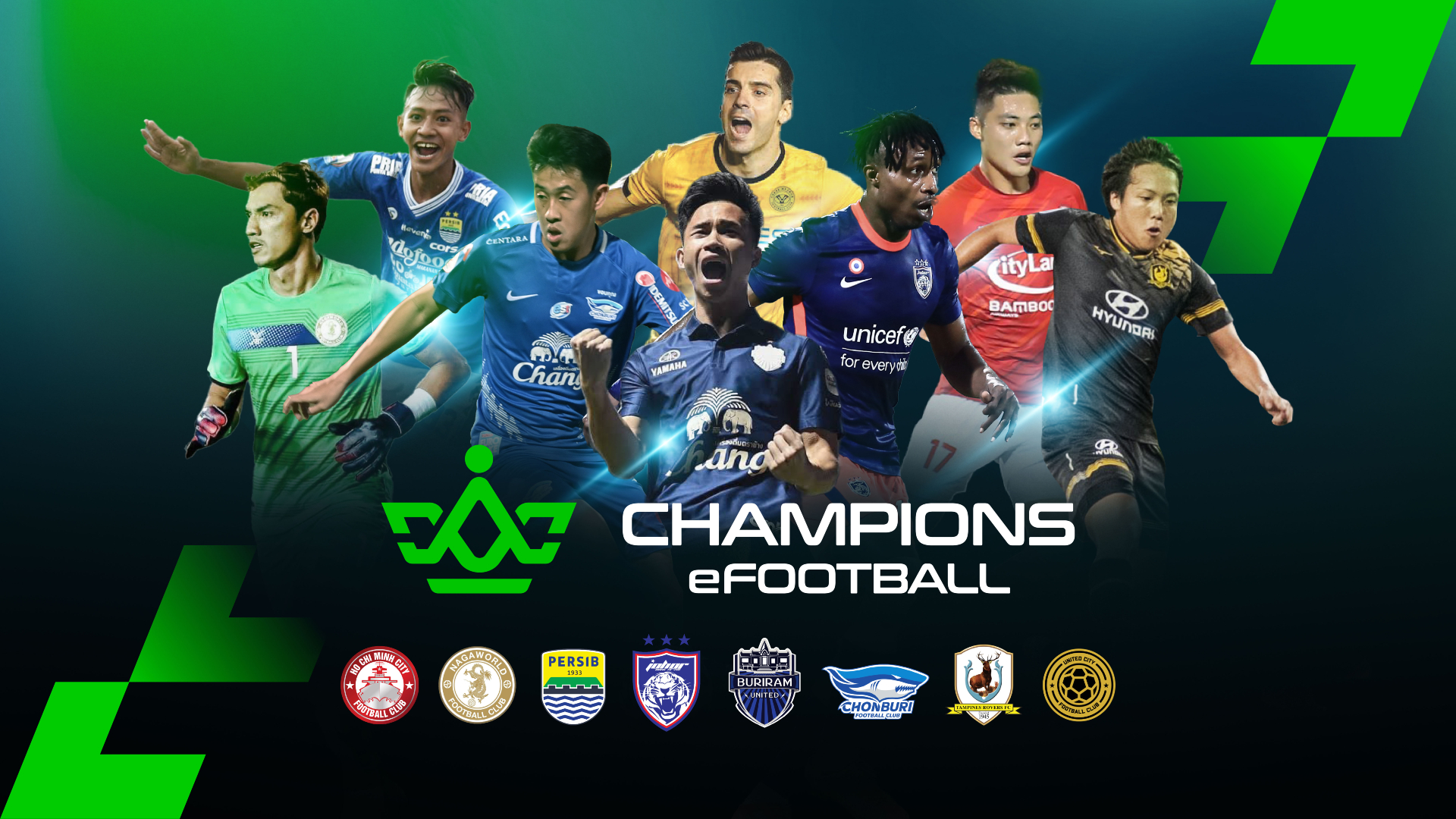 The top eight Southeast Asian Football clubs from seven countries will be competing to be crowned champion in the first regional eFootball tournament, Champions eFootball (CeF) beginning from 9 September to 7 October 2021.

The confirmed participating teams in the eFootball competition include:

Competing on Konamiâ€™s eFootball PES 2021 Season Update via PS4, the teams will be vying for the title along with a combined prize pool of US$9,000. Starting from 9 September 2021 for five consecutive weeks, the competition will be live-streamed on CeFâ€™s official Facebook and Youtube channel.

The competition will consist of two categories; ELITE and STAR. In the ELITE category, the participating football clubs will be represented by professional esports players.

The STAR category however will feature star footballers from across the region including Mohamadou Sumareh (Malaysia), Beckham Putra (Indonesia), Worachit Kanitsribumphen (Thailand) and Lam Ti Phong (Vietnam). While the Elite category shall be at the core of competition, the Star category aims to entertain and provide light-hearted content for fans from all walks of life.

â€œIt is no surprise that esports and competitive gaming have become a cornerstone of entertainment and we are proud to bring this platform to the sporting world.

In essence, our vision for Champions eFootball is to provide a platform for some of the best football clubs in the world to compete at a high level while attracting younger audiences and esports enthusiasts from across the region.â€Â

â€œDriven by our passion for football, we are thrilled to set foot into the world of esports while sporting the emblem and colours of our beloved club, JDT FC.

Champions eFootball will give us an opportunity to showcase young talent representing our clubs while engaging with new audiences in esports.

We are also excited to compete against the other clubs in the region and look forward to international matches in the coming future.â€

The competition is officially endorsed by the Asian Electronic Sports Federation (AESF) as the official governing body of esports in Asia. With the vision of providing a quality competition, AESF will act as the Technical Delegate and will be responsible for all technical conduct and oversee governance to ensure a quality experience for the teams and players.

â€œAESF is excited to work with Champions eFootball as an innovative platform that fosters synergy between two giants of the sporting world; football and esports.

We are excited to see what the future holds for football clubs and fans in the region as they venture to compete for glory in esports.â€

For its 2022 season, Champions eFootball (CeF) plans to work with various football leagues in the region to organise a local championship for qualification into the competition. Additionally, the winners of CeF are expected to compete against European football clubs in a similar competition.

Chris Avellone Is Flipping The RPG Script With Dying Light 2