Guilty Gear Strive: 10 Characters We Want Back As DLC [Update]

Arc System Works has hit its stride with Guilty Gear Strive. The latest in the long-running fighting game series has created a lot of buzz for its unique anime style, newfound accessibility, as well as robust netcode.

However, like a lot of fighting games at launch, Strive’s base roster holds a modest cast of just 15 characters. For a series that’s over two decades old, this leaves plenty of cool and wacky characters who have yet to see the spotlight. And boy are there many!

Plucking from Guilty Gear’s rich history that’s filled with inspirations from heavy metal, rock, and anime, here is a list of interesting characters that deserve a spot on Strive’s playable roster. 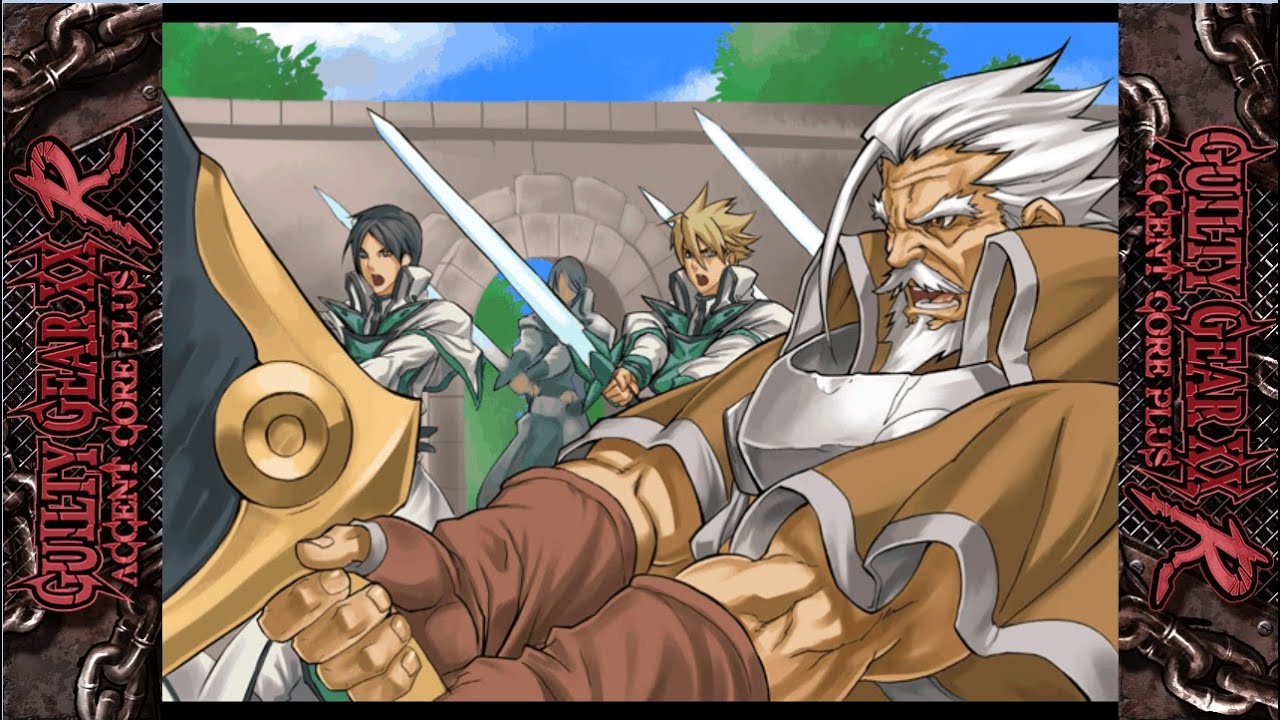 Similar to Street Fighter 2 and its World Warriors, Guilty Gear also has its own iconic set of original characters. Most of these characters, such as Sol, Millia, May, etc, have returned in other games, save for one tiny but passionate old man.

Kliff Undersn is one of the original World Warriors of Guilty Gear whose future appearances in the series is now complicated due to the sole reason that he is canonically dead.

With Guilty Gear Strive, the original cast returns, but Kliff is unfortunately absent. It’s a shame to see, considering his unique fighting style of swinging a weapon that’s twice larger than his seemingly frail and ageing body.

In a series as unpredictable as Guilty Gear where people live on for centuries, or use magic instead of science for telephones, surely it wouldn’t be too much to bring back the final member of the band that started it all?

Asuka, also known as That Man, is an enigmatic presence that has manipulated certain events throughout the history of Guilty Gear. He is a former colleague of Sol Badguy, also responsible for turning the hot-headed protagonist into an indestructible weapon.

Though his face is finally revealed in Strive, he’s yet to see action in the series. As the source of much of Sol’s anguish, however, it only makes sense for Asuka to become a playable character in the roster.<

Not to mention that, from what little is shown about him, he seems to be a proficient wielder of ranged magic, which can be a distinct fighting style in Strive’s base roster. 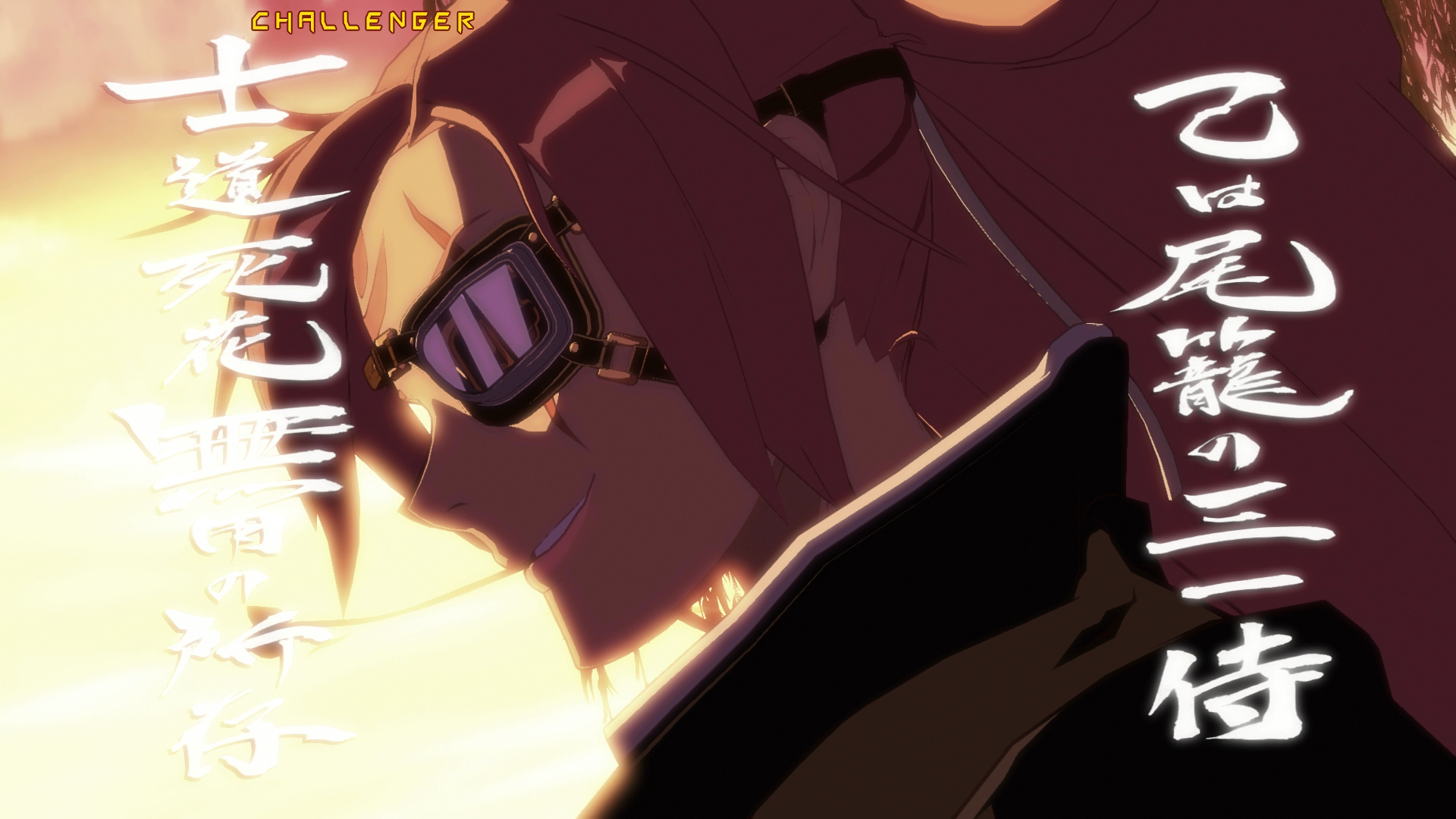 Like Kliff, Baiken is also part of Guilty Gear’s original World Warriors, though perhaps in a uniquely different way. Instead of being playable from the get-go, she was a secret unlockable character in the first game.

Baiken is a one-handed samurai who lives only to hunt Asuka (That Man) as revenge for destroying her homeland. Her crude personality and… assets have made her a fan favorite in the Guilty Gear community, though she’s also one of the harder Guilty Gear characters to master.

Considering her popularity, it would be odd to not see Baiken as a DLC character at some point. Her introduction to Strive could even have us see a change to her moveset to make her more accessible to her widespread fans – not too different from the gameplay revamp Ramlethal got in Strive. 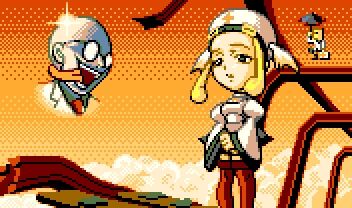 Ever heard of Guilty Gear Petit? Most people haven’t. Fanny is an original character from the Guilty Gear Petit games, which were a set of titles released exclusively for the Japan-only Wonderswan Color handheld.

Despite the simpleness of the Petit games, Fanny does share a relation to a character named Dr. Baldhead, who we otherwise know as Faust. After being saved by Faust, she became inspired by his deeds, thus deciding to follow in his footsteps and study medicine. She appears as a nurse in Guilty Gear Petit, using giant syringes and scissors to fight.

Besides being a character barely anyone knows, her return to the Guilty Gear series might spell a welcome surprise to fans of Faust, as no doubt we’ll get a look into the backstory between herself and the eccentric doctor.

The third king of the Kingdom of Illyria, as well as the only one that has yet to become a playable fighter in Guilty Gear. He first appeared in Guilty Gear Xrd’s story as the royal equal to Ky Kiske and Leo Whitefang. Though a calm individual, he can also be cold and calculating, at times resorting to difficult decisions to achieve the best results.

Ky Kiske has been a mainstay of the Guilty Gear series, while Leo Whitefang became a playable character during his debut in Xrd. It’s strange, then, that we now have two games in a row in which just two out of the three kings are able to rumble in the arena.

Daryl’s time to show up has long been overdue, and given his prominence in Strive’s story, he’s proven to be one of the more logical inclusions to the game. 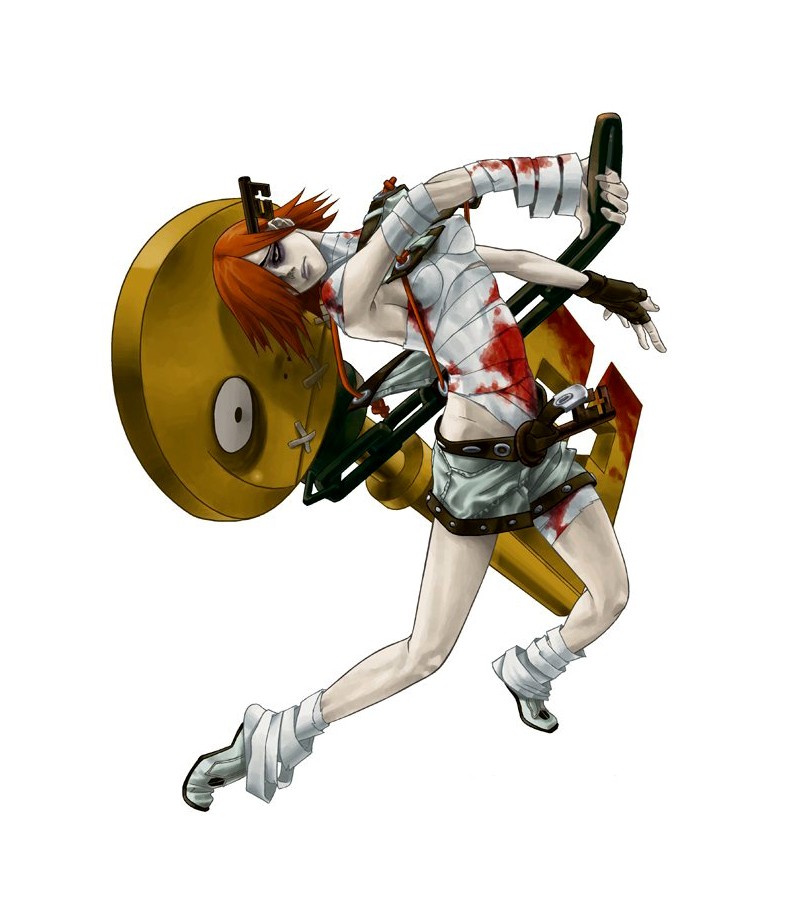 A.B.A. was introduced in the console port of Guilty Gear Isuka (ie Guilty Gear with Smash Bros. style gameplay), but most people probably know her from Accent Core. She is a homunculus – an artificial lifeform – who was born into isolation with little to no knowledge of the outside world.

She finds a cure for her loneliness after discovering a giant living demon-axe known as Paracelsus, which she immediately takes in as both her weapon and unwilling romantic partner.

A.B.A.’s playstyle is very interesting in that she starts off as a very weak and slow character. However, once she changes into her Moroha stance, she gains overwhelming abilities at the cost of losing her health with each attack.

Given Guilty Gear Strive’s approach of being a very fast-paced and high damage game, a high-risk and high-reward character like A.B.A. might fit that atmosphere perfectly, as well as give similar characters like Nagoriyuki some company. 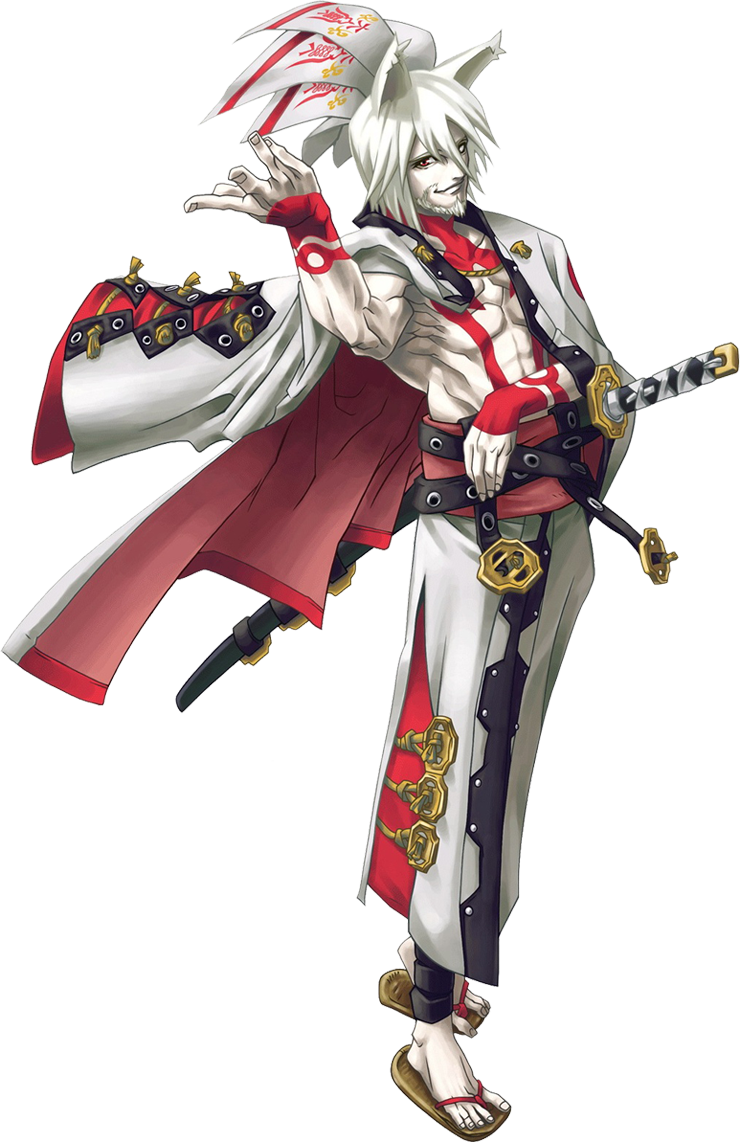 Remember that weird time when Arc System Works turned Guilty Gear into a 3D action game with strategy elements ala Dota 2? That game was Guilty Gear 2 Overture, which also happens to be the title that Izuna hails from.

Izuna is a non-human who plays a major role in the story of Guilty Gear 2 Overture, helping Sol and Ky on their journey. He is a skilled swordsman with the ability to teleport at will. However, though mentioned in Xrd, he has not been seen since Overture.

Despite what people may think of Overture, it’s a canon part of the series. Izuna could certainly appear in Strive as an agile blade user with an unpredictable moveset. 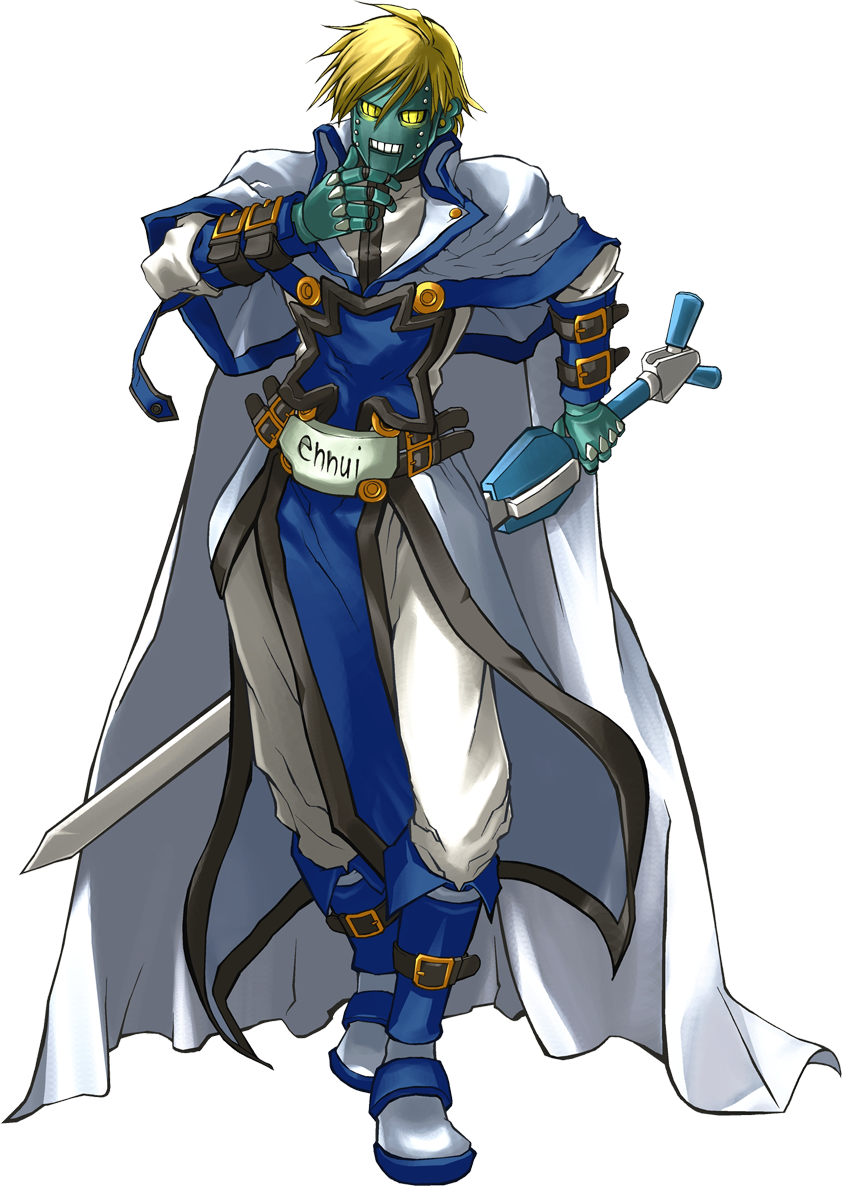 For whatever reason, there exists an army of robots in the likeness of Ky Kiske. Robo-Ky is the name given to a number of Ky-like machines that have appeared throughout the Guilty Gear series. Each one differs in personality, ranging from spiteful to downright comical.

However, by the time of Xrd, most of the Robo-Ky models have been destroyed. The last remaining Robo-Ky is a more thoughtful individual. Despite his loud-mouthed nature, he seems to have an outlook on life and even faces off against one of Xrd’s primary antagonists in a showdown.

Robo-Ky attacks with a number of wacky attacks such as extending his arms, or using a flurry of punches right out of Jojo’s Bizarre Adventure. Were he to appear in Strive, fans would no doubt appreciate some silly attacks to offset against all the cooler characters of Guilty Gear.

Mentor of Potemkin and president of the nation of Zepp, Gabriel has experience as both a political leader and military commander. He made his debut through Potemkin’s ending in Guilty Gear XX, and then appeared in the story modes of Guilty Gear Xrd and Guilty Gear Strive, but was never playable.

Despite being considered an equal to Slayer, who himself is an immortal vampire, Gabriel’s hand-to-hand expertise has been sparse throughout the Guilty Gear games. He’s appeared in three games at this point, but only in the story. This is all in spite of him being canonically an extremely powerful fighter.

Strive has Giovanna as a traditional hand-to-hand combatant, though even she enlists the help of a spirit dog to get her hits in. If Gabriel truly is Slayer’s rival, then expect his gameplay debut to feature loads of raw punches that hit where they need to count. 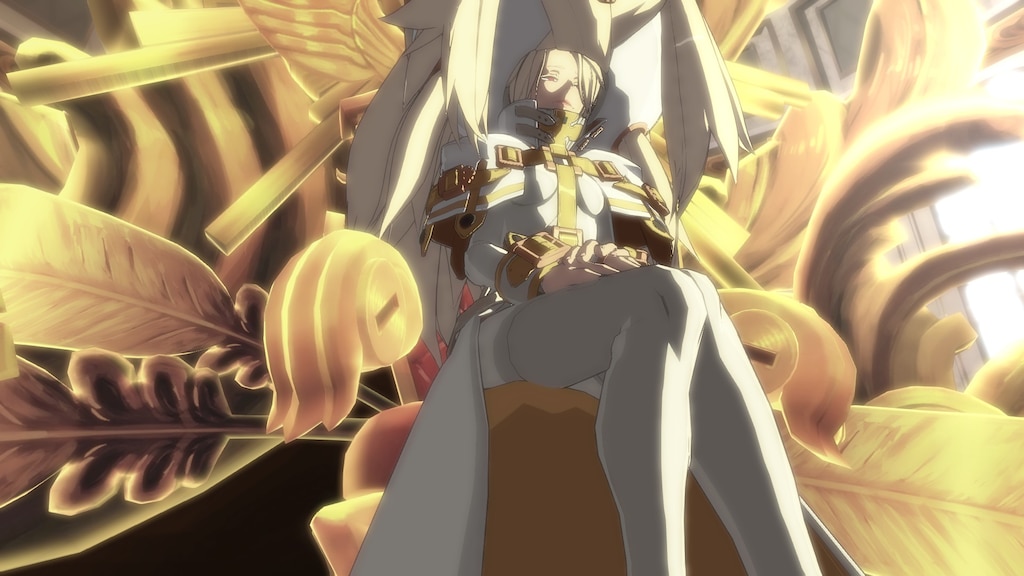 In terms of Guilty Gear lore, Ariels is a pivotal entity behind the events of the series. Also known as the Universal Will, she is directly responsible for the creation and actions of the Valentines, who have acted as antagonists throughout the Guilty Gear games.

Although she appears as a prominent antagonist in the story Guilty Gear Xrd Revelator, she’s yet to find a spot in the series as a playable character. She’s gone toe-to-toe against Sol, Ky, and Sin, but only in cutscenesâ€¦

With Guilty Gear Strive, Arc System Works has a chance to rectify that and to make a real threat out of one of Guilty Gear’s key antagonists.

Know any other characters whom you want to see in Guilty Gear Strive? Let us know in the comments, on YouTube, and on our social media feeds!

Sucker Punch's Ghost Of Tsushima has already achieved a lot of milestones since launch, including becoming the PS4's fastest-selling new IP with more ...

Bravely Default 2 is out now for Nintendo Switch, and features the same old-school challenging JRPG you know and love back in the 90s, but for 2021. T...