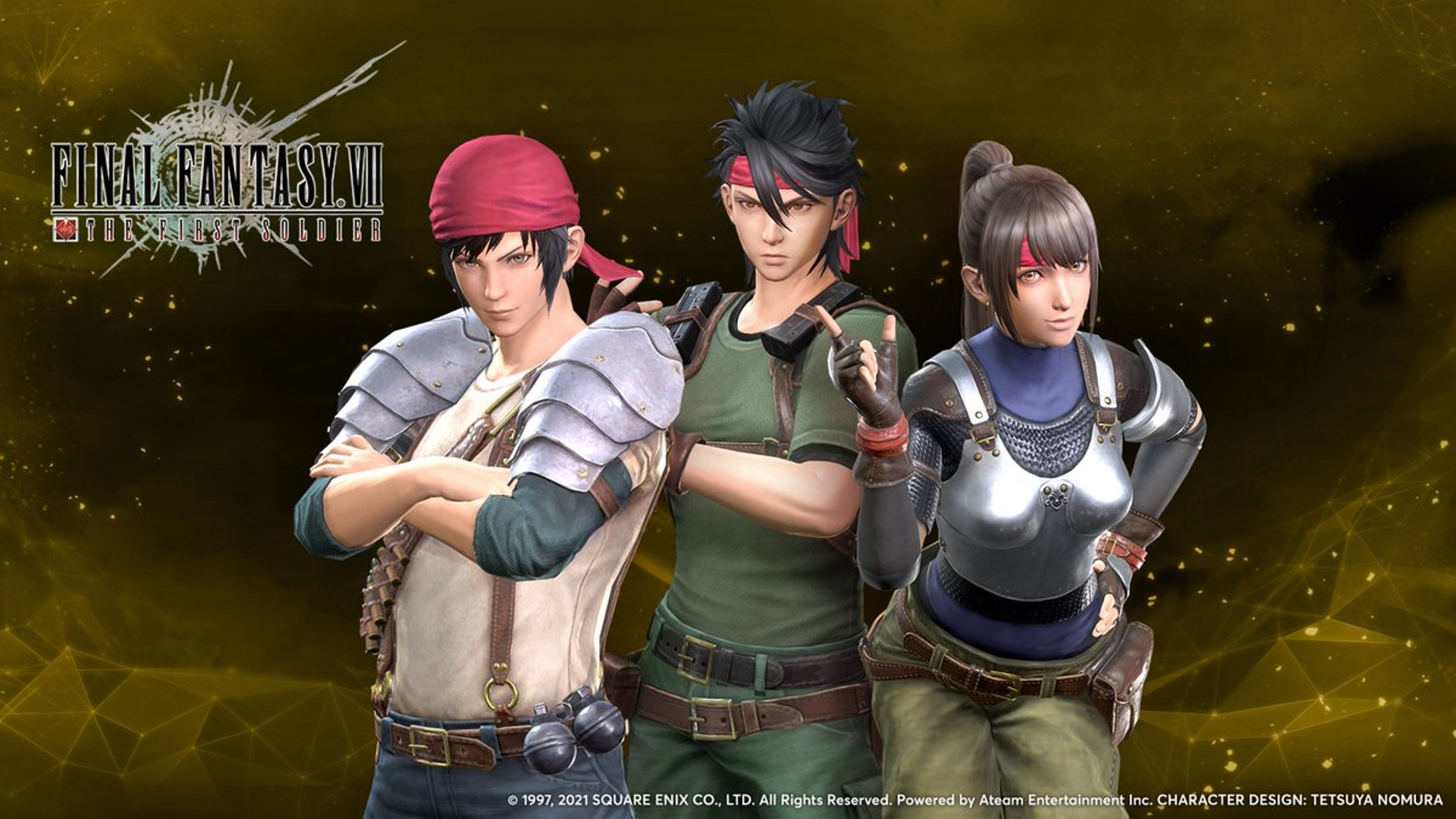 Square Enix has announced a bunch of new DLC skins and costumes for the Final Fantasy VII The First Soldier mobile game. Who are these costumes of? Well, it’s the famous Avalanche trio from Final Fantasy VII, of course.

The DLC skins of these charactersÂ will be available for a limited time. Each of them will cost 1,000 Shinra Credits respectively, and players can pick them up from the in-game Specialty Shop until 1 December 2021. However, itâ€™s important to point out that the Jessie costume is gender-locked to female characters, while Biggs and Wedge are not.

Skins based on the famous Avalanche trio are now available!

"Jessie," "Biggs," and "Wedge" skins are all here! Pick up all your favorites!#FF7FS #FinalFantasy #FF7R pic.twitter.com/mlJ9vhgE2G

Other costumes that have previously appeared in the Final Fantasy VII The First Soldier in-game shop include a Reno costume and a Turks suit. Besides that, players can also get other costumes via the game’s Season 1 Pass, including a Hojo and Rufus Shinra outfit. Meanwhile, the Tifa and Cloud skins can be obtained via the in-game shop. They are part of the Special Bundles category, with each bundle including a costume and a special emote.

Final Fantasy VII The First Soldier is available to download and play on Android and iOS platforms. The mobile game was originally announced back in February 2021.