TheÂ PUBG MOBILEÂ Version 1.7 update has arrived with the gameâ€™s most groundbreaking partnership to date, introducing new and innovative gameplay in collaboration with the new League of Legends animated series,Â Arcane.

With one of the most ambitious partnerships ever introduced toÂ PUBG MOBILE, the Version 1.7 update sees extensive elements from the world ofÂ Arcane, the new League of Legends animated series, come toÂ PUBG MOBILE, introducing locations, characters, and gameplay from the beloved universe. By selecting â€˜themed modeâ€™ when playing a Classic game on Erangel, players will find the huge and mysterious floating Mirror Island.

Early in the game, Mirror Island can be explored by players for supplies. However, as the game continues, Mirror Island will activate and become extremely unstable. Players who come in contact with the Wind Wall will be transported to either Piltover or Zaun, two iconic cities from League Of Legends. 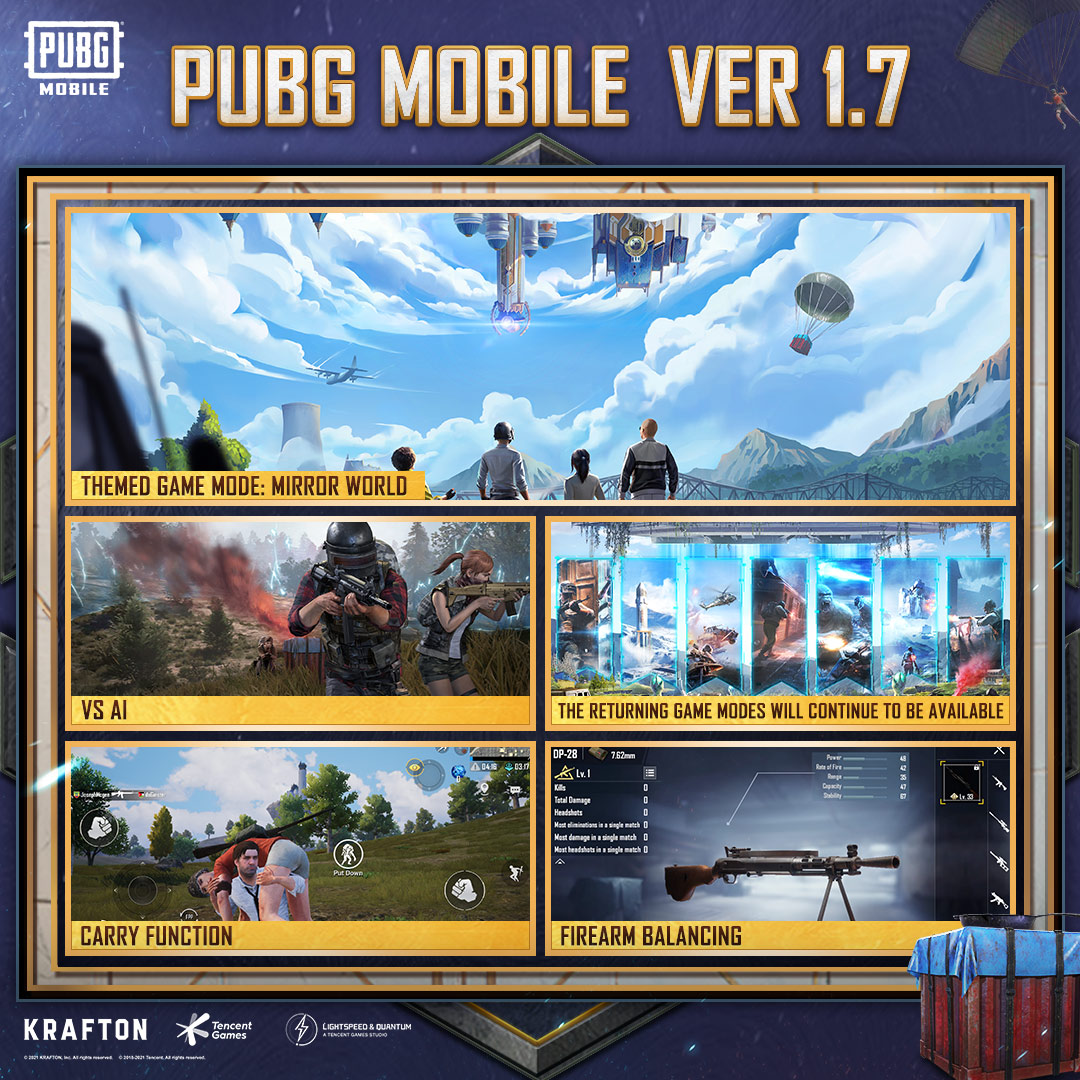 Players who land on the activated Mirror Island will also be able to transform into the iconic champions Jinx, Vi, Jayce, or Caitlyn, and use unique weapons and skills to battle against other players. Defeated players return to Erangel in their original form.

In addition to battling and exploring in these new areas, players can interact with these champions to uncover clues on whatâ€™s taking place in the world ofÂ Arcane, and help those champions return to their own world before itâ€™s too late. Unfortunately, Enforcers, Firelights and Berserkers have also entered the world ofÂ PUBG MOBILE, and players have to stop them from causing mayhem.

From 23 November 2021Â until 3 January 2021, players can also accumulate Exploration Progress by playing matches in Mirror World or Classic Mode, and earn exclusive Arcane emotes and items, with some recreating the ultimates of the Arcane champions.

Mirror Island will descend on Erangel on 16 November 2021. 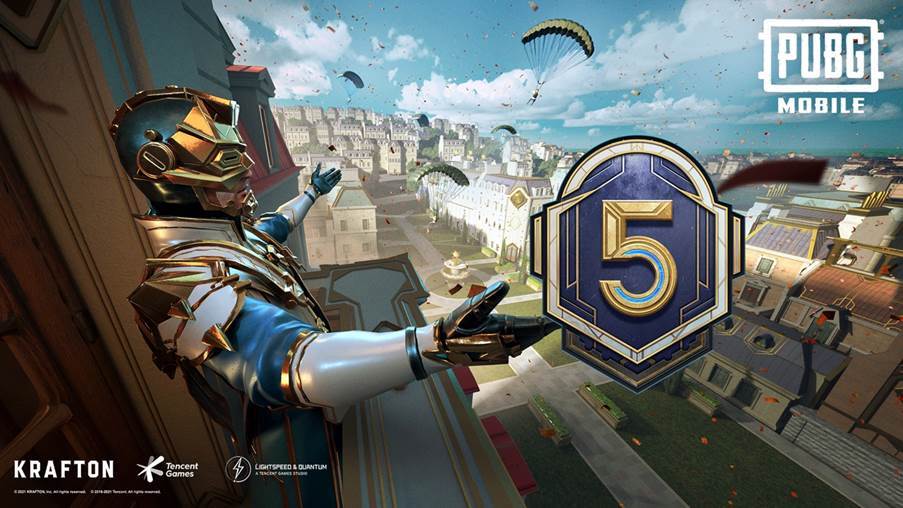 PUBG MOBILEâ€™sÂ Version 1.7 update also brings new ways to play together. Knocked down players, both teammates and enemies, can now be carried instead of only reviving them or eliminating them. While carrying another player, movement speed is slowed and no other actions are available, including combat, picking up supplies, entering vehicles or using consumables. Passive damage for the player being carried also occurs at a slower rate, meaning it will take longer for them to be eliminated.

Even better, all the fan-favourite modes brought back in Version 1.6 are set to remain playable in the Version 1.7 update. Metro Royale: Reunion, Vikendi, Payload 2.0, Runic Power, Survive Till Dawn and Infection Mode will all be playable at certain times of the week.

The Version 1.7 update also introduces the new All-Talent Championship Season 4. Teams can compete in weekly matches in order to earn activity rewards and ranking rewards, and move on to the playoffs, Semi-finals and Finals where they will battle it out with the very best competition to earn the ultimate bragging rights.

Players can now enjoy Season 3 of Cycle 1, the new season system that brings updated missions to complete and rewards to earn. Season 3 of Cycle 1 introduces a new season-exclusive currency that is obtained as a match reward and tier reward, along with an improved Challenge Points system that adds estimates for when Challenge Points will take effect. There are also new missions available in themed modes that unlock rewards when completed, and players who collect the Diamond, Crown and Ace Badges in the same cycle can get high-quality supplies for free.

From 21 November to 5 December 2021,Â PUBG MOBILEÂ will offer huge store promotions and discounts to players with the arrival of Cyber Week. Players can earn rewards and coupons for activity, purchase outfits up to 90% off their regular price, and even purchase the new Black Friday exclusive set with an opportunity to earn all their UC back with UC rebate missions. Log into the game for more informationâ€“this isnâ€™t one to miss.

November also brings Royale Pass Month 5: Mirror Realm. From 19 November until 19 December 2021, players can claim the Vanguard and Lethal Creepster content, the Duty Till The End – Kar98K and Duty Till The End – MK47 outfits and more. A free RP voucher for December’s Royale Pass Month 6: Mythic Winter, can be won in the server-wide Golden Chicken eventâ€“ more details in-game.

The Version 1.7 update also adds a number of gameplay and security improvements. New difficulty modes will also be available to provide an extra challenge, and players can now enter a game before matching with teammates. More details can be found in the official patch notes.

The Steam Summer Sale Grand Prix has finished; if you haven't been paying attention, Team Corgi has been winning by a landslide from start to finish. ...

It's no wonder a lot of indie developers go to Kickstarter to get their games funded; it's a veritable success and a guaranteed victory in fanfare and...